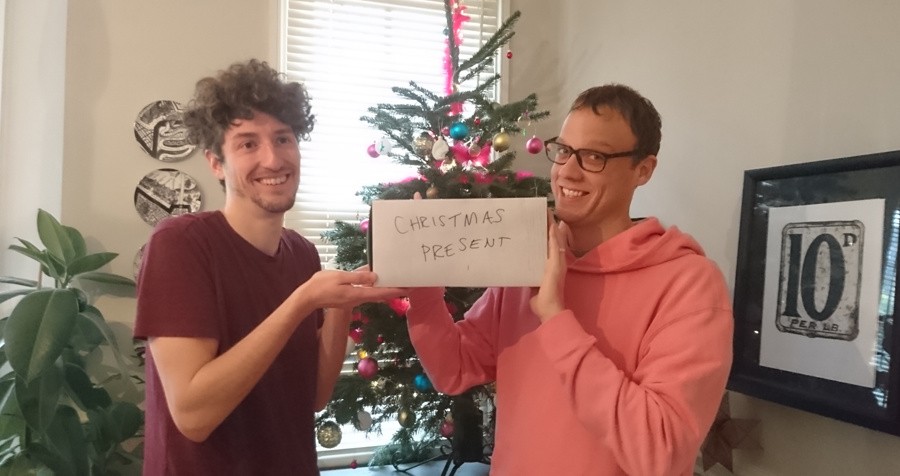 Quinns: I’m hoping that by now you’ve all seen Matt’s amazing video on big games to play with your family over Christmas. Didn’t he do a good job? And wasn’t it kind of hot seeing him dressed as a reindeer 30 seconds in?

But there’s simply no time to imagine stroking Matt’s downy fur, or his rock-hard antlers. Today I’m presenting our second (and final) holiday list feature: 10 strong gifts for the hobbyist board gamer in your life that you can actually buy.

That’s because a lot of the hottest games this year, like Root, Brass: Birmingham and Welcome To, sold out almost instantly. Not so with this list! We’ve made sure each of these titles is in stock to buy in North America and the UK.

We’re also using this as an opportunity to highlight games that, for one reason or another, are more likely to have flown under your radar.

Oh, and one last thing- I’ve arranged this list from most to least aggressive. If you’re looking for fighty games, they’re nearer the top of the list. For more chilled-out experiences, you can scroll to the end.

Little star-folk having a fight on your kitchen table? Is this a hallucination brought on by a devastating overdose of roast potatoes? Not at all! It’s just Star Wars: Legion, the latest Star Wars miniatures game from Fantasy Flight games, makers of the phenomenal X-Wing Miniatures Game, as well as the excellent Star Wars: Armada.

Unlike its space-faring sisters, Legion depicts the infantry battles of Star Wars, complete with stompy AT-ATs and a sackful of characters from the films. By all accounts, it’s a ton of fun- see our review here. Marching squads of tiny Stormtroopers across your table has a broad, seductive appeal, does it not?

The catch is that Star Wars: Legion is expensive, and requires a load of assembly and painting. For some people, this will be a great thing. For others, it’ll be chore. For a fun miniatures game that requires no assembly, no painting and almost no money, you should instead take a look at Gaslands.

There are loads of board games that see players battling for control of a nation, but they tend to be (a) expensive, (b) long, and (c) complicated.

Battle for Rokugan is none of those things, and instead offers the cut and thrust of Machiavellian warfare in a svelte box that has players feeling tense and exposed from the very beginning, and is for sale for the tasty price of just $32!

In his review, Paul said “Battle for Rokugan isn’t a wargame I’d tell anyone to get first but, but if you absolutely demand more, it’s the one you get next.” He also described it as “A katana party in a corner cabinet.” Have I sold you on it yet? I’m sold. Get out of my way, I’m buying it

Cyclades: Titans first came out in 2014, but the fact that I’m still thinking about it should tell you an awful lot. This is actually a transformative expansion for a game called Cyclades, so if your friend doesn’t own that, you’ll need to buy both the base game and the Titans expansion. But that’s ok! With board game prices creeping higher and higher, buying two old games is often the price of a single 2018 release.

And goodness me, it’s worth buying two separate boxes for the experience offered by Cyclades: Titans. This takes the interesting, auction-powered wargame of Cyclades and (as well as adding all sorts of new ideas and content) makes Cyclades a team-based game that’s going to feel like nothing else in your friend’s board game collection.

Cyclades’ older cousins also make fine gifts. There’s Kemet, recently rejuvenated by fascinating all-vs-one expansion Kemet: Seth, and the beautiful game of Inis, which will be receiving an expansion of its own in the new year.

Goodness gracious, Whitehall Mystery is such a good box. Hidden movement – where one player plots their movement on the board secretly and everybody else works together to find them – is a genre beloved to most board gamers, and this is now my favourite hidden movement game.

I didn’t think I would like it, either- Whitehall Mystery is a very pared down example of the genre, and comes in a small box with a low price. But in play, this game reveals its grandeur like a soloist walking into a spotlight. In discarding all of the extraneous stuff, Whitehall Mystery lets you focus on the hidden movement, which is the best part of the genre. That it does so at a low price and in a slim box? That’s just a bonus.

A Tale of Pirates

Yo ho ho and a bottle of fun! And also bottle of rum. It’s Christmas, give it here. No I don’t need a glass

A Tale of Pirates (see our review here) is the game on this list that your friends will definitely not be expecting. I’ve barely seen anyone talking about it, and in fact, I wasn’t even expecting to have fun when I sat down to play it. But I’m glad I did, because the hours that followed were some of the zaniest fun I’ve had all year.

This is a co-op game centred around a big, three-dimensional cardboard pirate ship(!). Players, representing the crew of the ship, place sand timers in various slots when they want to raise or lower the sails, fire or reload cannons, spin to the left or right, and so on, and when the sand runs out, you perform that action. This is an act requiring substantial co-ordination, which is fun, and where failure is hilarious, which is even more fun. Throw in the fact that the game has all sorts of surprises awaiting you in its 6 hour campaign, and you’ve got a lovely, memorable Christmas present.

I love the new, updated edition of Through the Desert, as you’ll know from my review. I mean, if I’m honest, I love all of the new editions of Reiner Knizia’s classic games (see here, here, here and here), but if you were thinking of buying Through the Desert, it’s this box that would see me shooting you the most confident thumbs up.

This is a classic of board game design along the lines of Ticket to Ride- accessible, thoughtful, and filled to the brim with cute plastic pieces for you to stud the board with. But there’s a coy charm to Through the Desert that I don’t think you find in Ticket to Ride, and it comes from the fact that everybody is trying to achieve four or five sneaky land-grabs at once, and everyone is punishing everyone else’s hubris with every single move they make.

I really like it a lot. Plus, when you’re finished with a game the board looks realllllllly good on Instagram. Just sayin’.

Oh baby! The announcement this week that multiple expansions will be released for Space Base has got me all hot and bothered. As I said in my review, I really enjoy this colourful game of rolling dice and dispatching spaceships as if you were a cross between a craps player and an air traffic controller. In fact, it’s my favourite dice game that I played all year.

It’s not a perfect game – as I pointed out in my review, it can go a little long and can conjure a few rules queries – but when you’ve got a price that low and production that fabulous, I’ll forgive you in a heartbeat and get back to rolling your sparkly dice.

Holy kittens, Isle of Skye is good. Like Whitehall Mystery and Space Base, this is another game that punches way above its weight, offering a rock-solid tile placement game for just $32.

Isle of Skye’s premise is very cute. Everyone is developing their own little Scottish island, which in turn generates a little money for you, which you then use to buy more tiles from a selection put up for sale by all of your friends. It’s curious and tricky, but also excellently error-prone, with players ending up with tiles they don’t want or perhaps no tile at all. Disaster!

Better yet, whenever you start to tire of it, you can pick up the Journeyman expansion that dramatically complicates the game. I’ve never seen anything quite like it- you have this perfectly friendly, quick, accessible base game, and the expansion develops into an equally good mid-weight game with a raft of extra rules and angles to consider. It’s nuts.

And if you like managing European pastoral scenes made out of squares, you’re going to love Lowlands. This game of managing sheep and building (or failing to build) a dyke to keep them safe is on the more expensive side of the games we recommend, but it offers you a lot for your money. There’s lovely art, plenty of wood in the box, and plenty of tasty, tasty game. This is a truly luxurious Christmas gift.

Perhaps more importantly, Lowlands is also one of the best resource management games we’ve played all year. The threat of a flood bombing your score makes for plenty of tension, but in all other respects the game is tremendously rewarding, constantly offering you more money, more sheep and more buildings.

Who says counting sheep was supposed to be soporific? It Lowlands it’s only ever tremendously exciting.

Finally, if your friend enjoys putting things into bags and then taking them out again, do we have a treat for them!

Altiplano is a remarkably sedate yet very tricky game about slowly building up your holdings in the highlands of the Andes, first collecting fish and corn for the bag that holds all of your resources (and from which you randomly draw them, letting you do actions), but later getting fabulous things like llamas and jewels are CARPETS. Have you ever wanted to own a carpet? I know I have.

While the lack of player interaction will be a deal-breaker for some people, it’s on this list because it’s remained close to our hearts ever since we first reviewed it, partially for the puzzle, but also partially for the unusual theme. If you were looking for something a little more interactive and don’t give two toots about llamas, its sister game, Orleans, is well worth a look.

That’s it from us, but if you’ve got suggestions of your own for great Christmas gifts that have available stock (using boardgameprices.com and .co.uk is a quick way of finding out), then do leave a comment! After all, if Christmas teaches us one thing, it’s that capitalism is stressful and we’re stronger together. 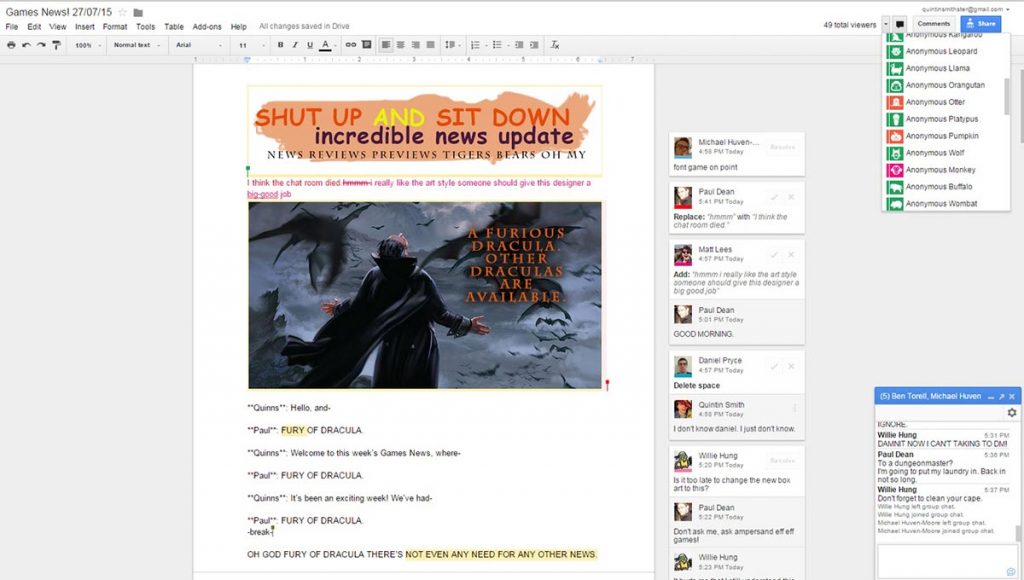 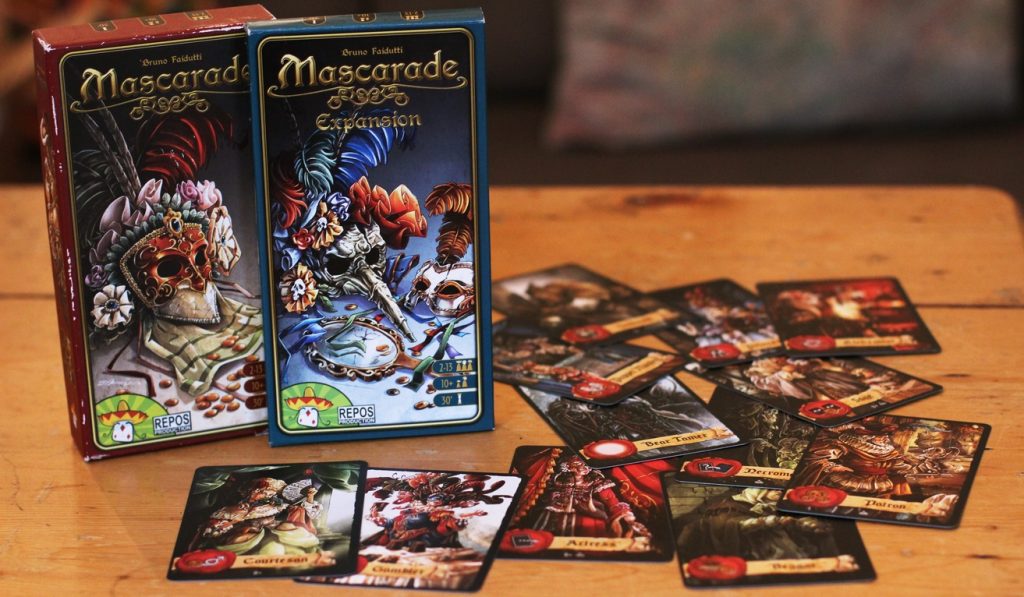