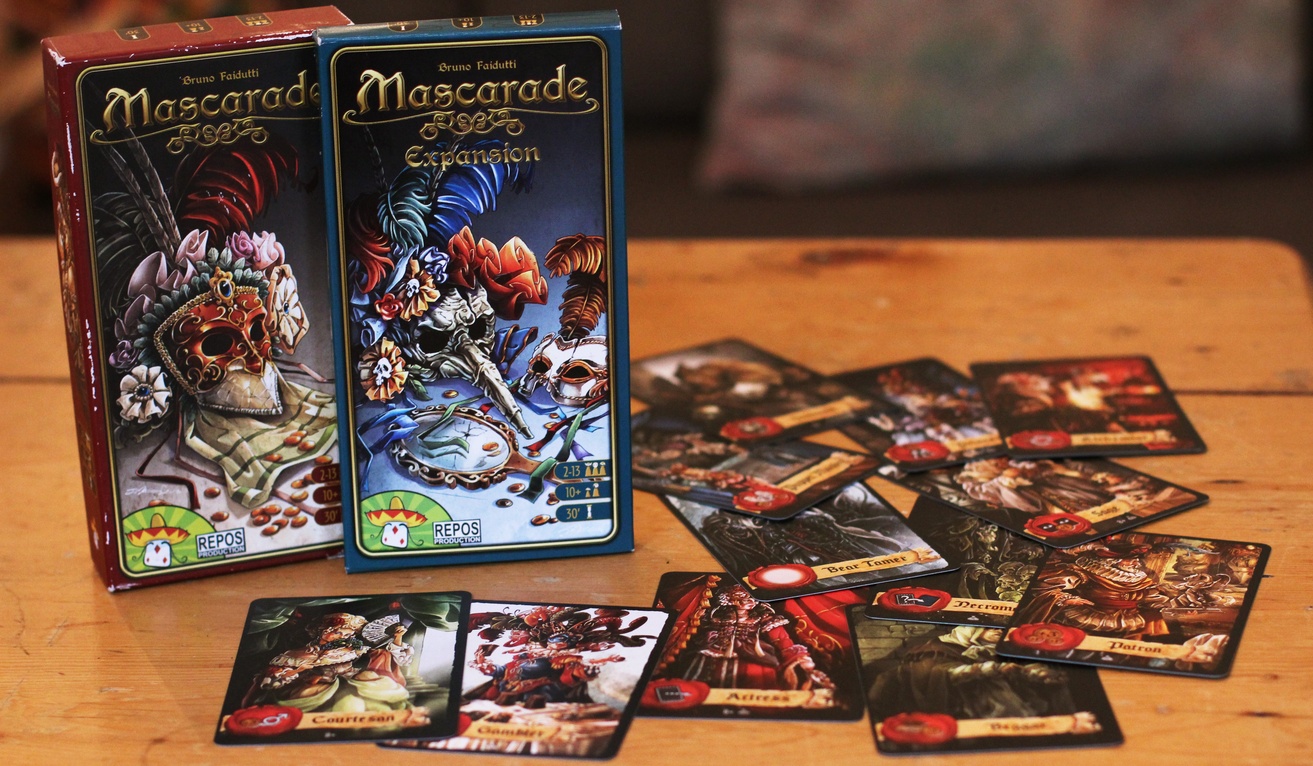 Matt: Remember those hot hot nights when we wore those masks, and danced as if our legs might melt any moment? I don’t remember that time either – just wanted to make sure we were all on the same page. Mascarade was a fun game with sexy art that forcibly entered my heart last year when I covered it for The Opener. The premise is simple: nobody knows what’s going on, it’ll only get worse as things go on, and you’re almost definitely not the queen but nobody else seems to have clocked that.

There are tons of hidden identity thingers to choose from these days, but what sets Mascarade apart from the crowd is the fact that you’re often not sure of who YOU are, let alone who everyone else might be. Taking a look at your card takes your whole turn so I’M THE BLOODY KING becomes I’M THE BLOODY KING, PROBABLY.

The general gist of all this chaotic magic is probably best expressed in my aforementioned video, so if you’re totally clueless seep that into your face and then come back to absorb my thoughts on the new, first expansion – because for reasons I’ll make clear shortly this may be a good time to go all-in and buy both. 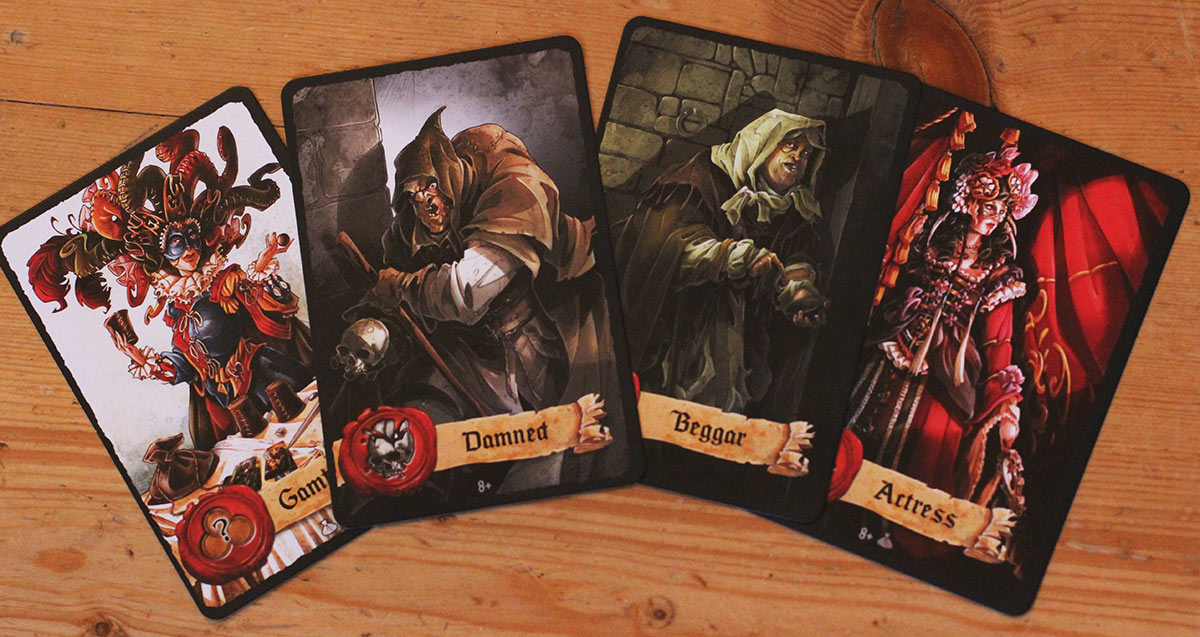 Flippers, I can’t leave you hanging with a tease like that. Simply put, the black edges of the cards in Mascarade tend to get a bit white and scuffed over time if you’re giving them serious use. Add fresh expansion cards into the mix and for a few rounds they might be a bit more visible, unless like me you’re willing enough to shake them in the box like a cardboard maraca while letting your worries just fade away.

It’s not essential to do this with the fixated grimace of a man whose soul has been forcibly removed, but there’s always a small chance that it might help.

The Mascarade expansion adds 13 new characters, most of which are weighted towards play with 6 or more people. An important thing to note about Mascarade is that while it’s completely playable with 3 or 4 people, the scope of what you can do in those games can often feel very restrictive. There’s a little chart in the manual that tells you which roles to use for each number of players – you can fudge this a little bit without too much trouble, but it’s easy to mess up the flow of the game. Once you hit more than five players, you can really get fruity without too much trouble. 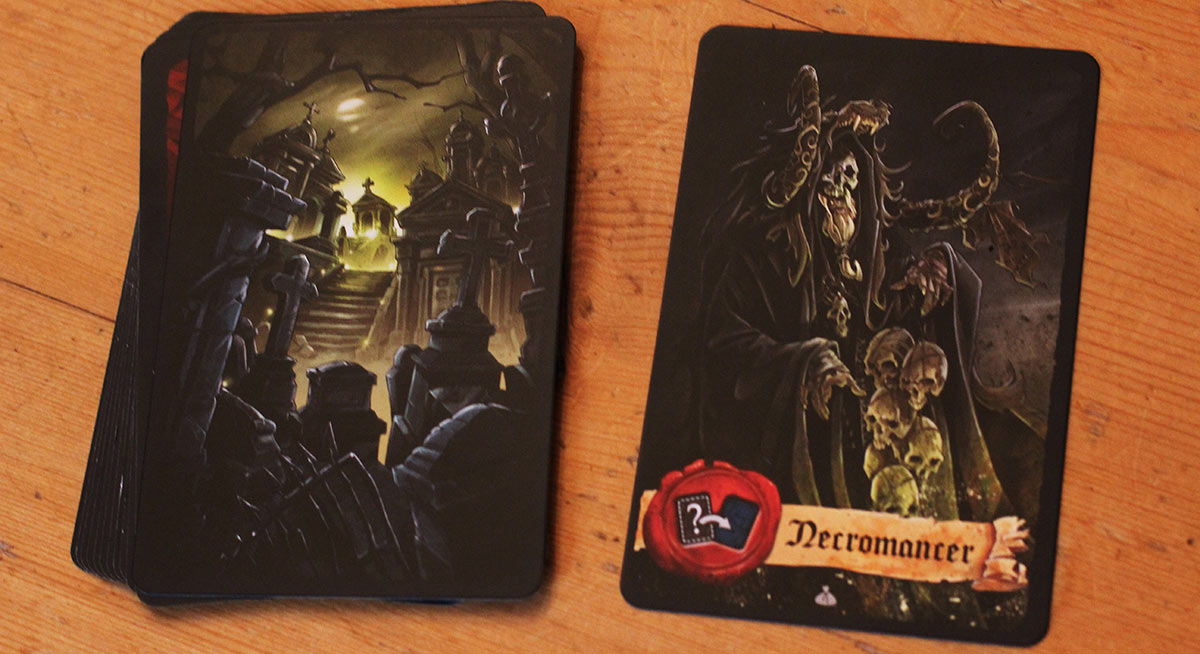 The real game-changer here is clearly the Damned – a card which when revealed kills the player who originally caused the card to be flipped. We weren’t sure how we felt about knock-outs in Mascarade, but it does enough to change the tone of the game to be a worthwhile variant. The flippant laughter that usually fills the table when no-one has a clue who they are at the start is replaced with a fearful sweep of swapping and checking, until you’re sure that the Damned isn’t anywhere near you. Being sure of anything in Mascarade is a luxury, so good luck with that.

It’s hard to resist the chaos that the Puppet Master adds, with a power that allows you to take a coin from two chosen players before getting them to both stand up and physically swap places at the table. The Beggar demands a coin from each player in turn, going clockwise around the table – but only if the player they ask is currently richer than the Beggar. Cupping your hands out with a gleeful grin is consistently and worryingly satisfying. 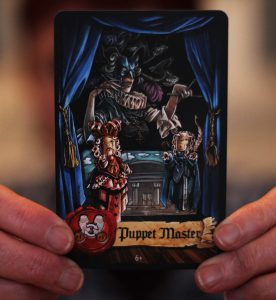 The Gambler inserts a brand new mini-game, asking you to secretly take 1 to 3 coins from the bank and then ask another player how many coins you’re holding. If they guess correctly, they get the coins. Otherwise? All yours. Try not to be greedy, it never ends well.

The final favourite is possibly the cruellest card in the box. The Princess takes two gold from the bank and then chooses one player to hold up their card so that everyone else can see what it is. The only thing more frustrating in Mascarade than not having a clue which character you are is everyone else knowing exactly who you are while bathing in the fumes of your confusion and misery.

It’s a good mix of stuff that’s balanced between cards that allow you to identify other players, cards that allow you to make more money, and cards that let you cause other players grief. Getting the balance between these three elements right is the key to a good game of Mascarade, and having more options to play with is simply fantastic. If you’re bored of the Fool, the Puppet Master isn’t an awful substitution – the same is true of the Beggar and the Widow, in terms of both being cards that can get you quite rich but never actually win you the game. 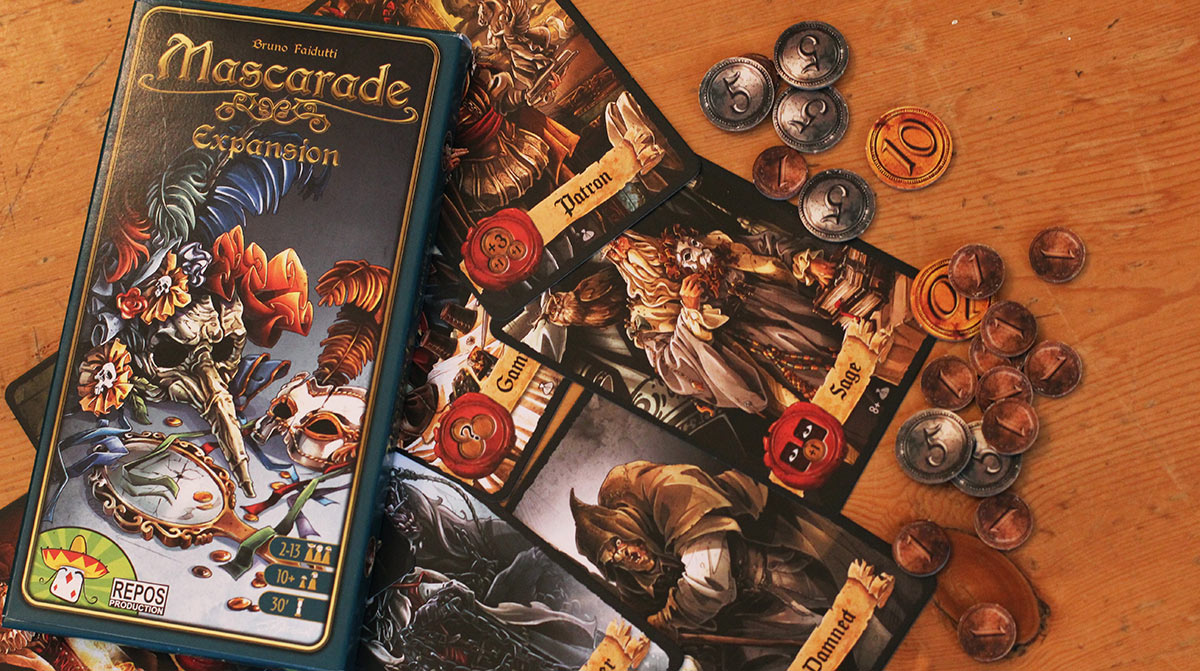 The Damned adds a scarier variant that changes the pace of the game, and as a Mascarade veteran it’s hard to deny the allure of the Graveyard: Every time you use the Necromancer’s power, you draw the top card from the stack of unused characters and immediately use theirs instead. That stack might include the Damned. I don’t know – it’s entirely up to you.

The flexibility of Mascarade is always something I’ve enjoyed, even if it’s not something that’s openly suggested in the manual. A box of new tricks lets you ditch the stuff you’re tired of, or simply keep you on your toes with an extra splash of hilarious confusion. It is… 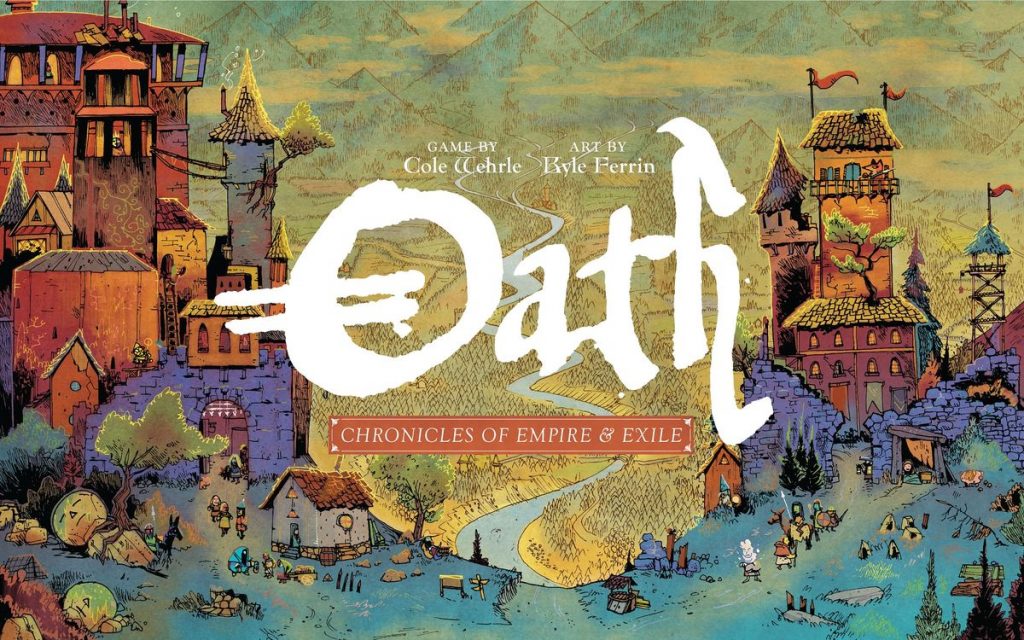 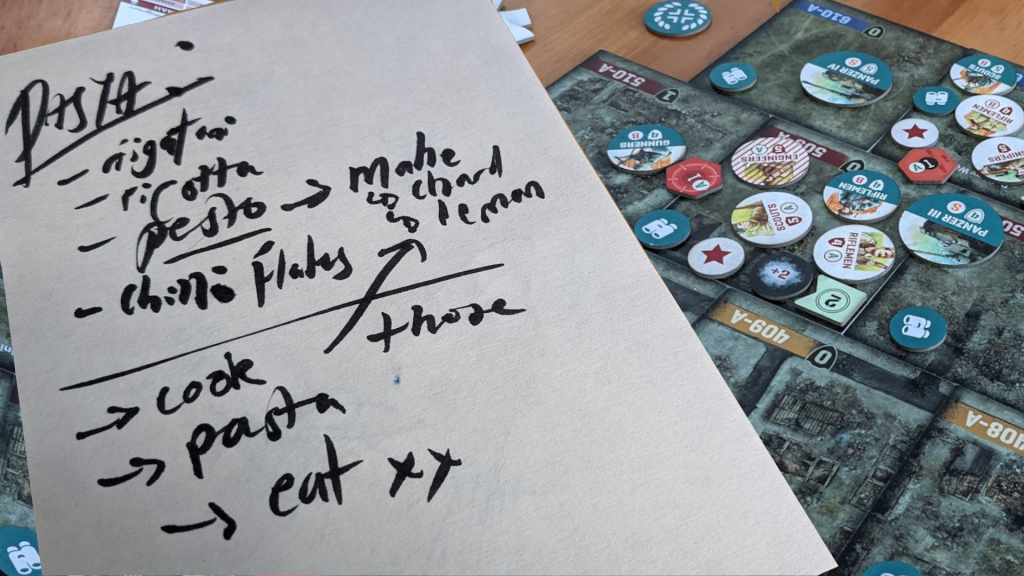