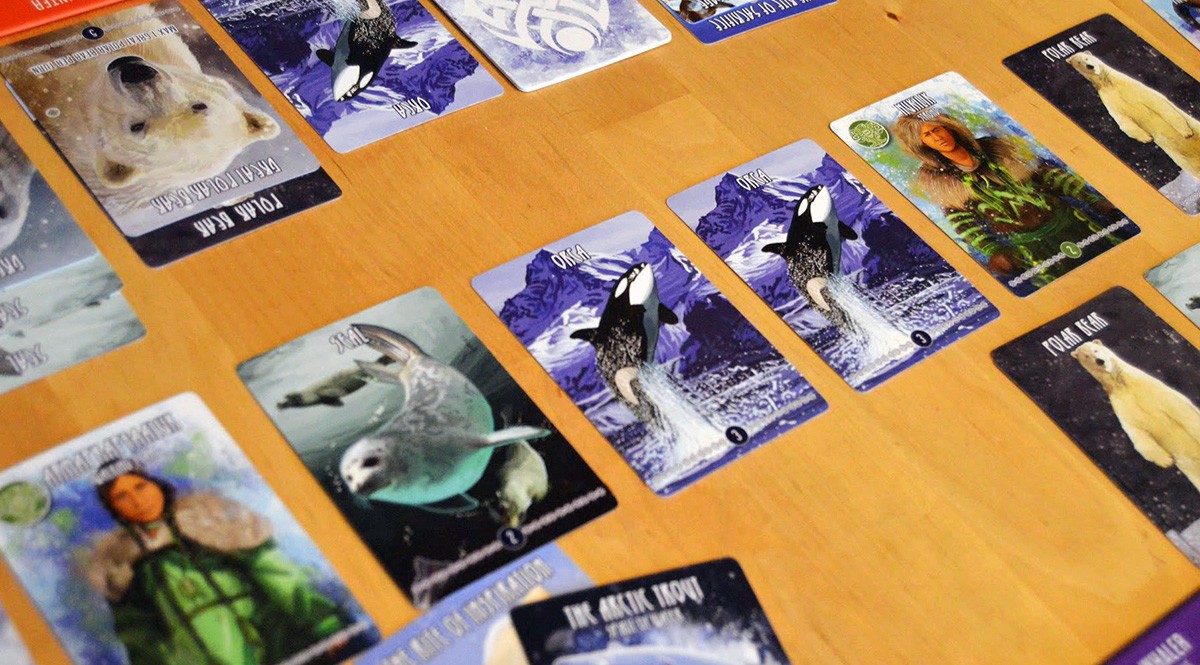 The heart of this game is obviously the cards themselves. As leader, you will be hiring Inuit and placing them within certain occupations for the good of your tribe. The more Inuit recruited to each occupation, the stronger that action becomes. As you can only activate a single occupation per turn, you need to think strategically about where you’ll place each Inuit you bring into your village. These villages are represented by colourful individual player boards with slots outlining the different occupations for the Inuit.

Now, all of this sounds fine, right? Fine, but kind of basic. Where’s the tempo on this? Well, if we peek beneath the ice cap we see that this game is a lot deeper than you can initially see. 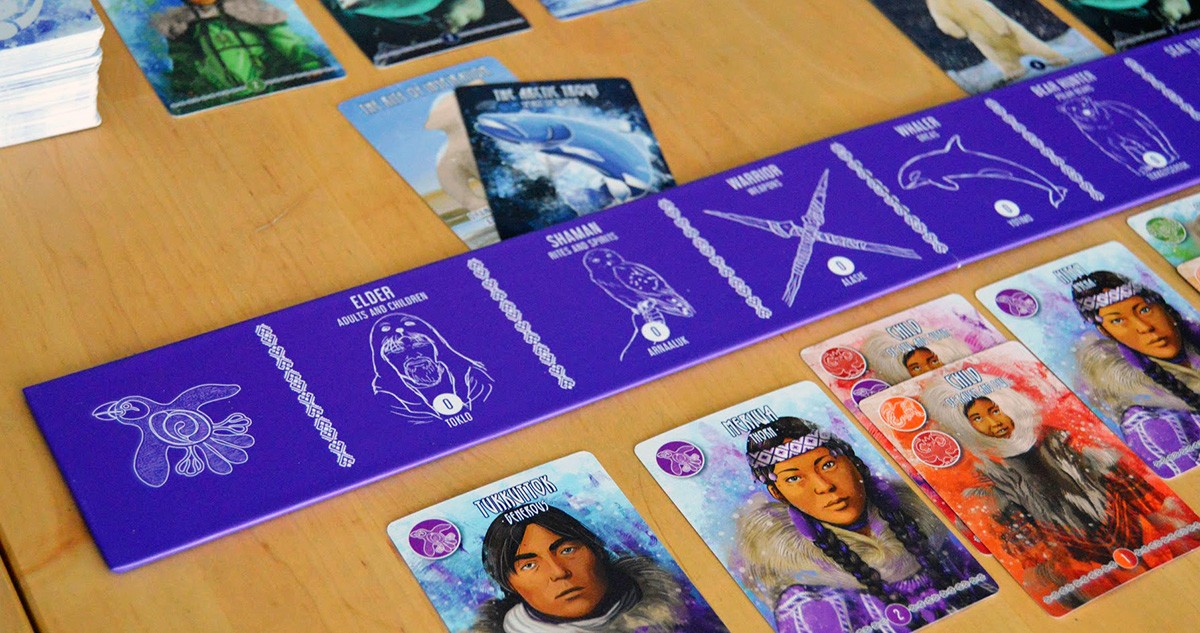 Let’s talk first about the Inuit. Each Inuit card represents a human being. They all have names and tribes which they belong to, represented by the colours on the player boards. You can hire an Inuit from any tribe to work in your village but they’ll always remain loyal to their own tribe, meaning at the end of the game they’re going to be worth negative points if they don’t match your tribe’s colour. Now, you could just not hire any other Inuit and handily negate any point deductions, but the more Inuit you hire the more cards you can sweep from the Great White. And this, my friends, is where the game begins to come into its own, and it’s just the tip of the proverbial iceberg when it comes to the decisions.

Inuit is all about tricky little choices. Every turn and every decision is risk versus reward. It’s about trying to strike a certain amount of balance so you can always take something on offer whilst simultaneously trying to specialise in areas that rival villages have neglected. It’s about keeping options open, whilst recruiting enough Bear Hunters to make sure you’re ready to clean up when all those high point polar bears come strolling into the Great White.

In order to do that, though, you have to have Inuit employed in all the right places, which sometimes means avoiding that shiny four point polar bear so you can prepare for the bears arriving later. But this is a risk! What happens when an opponent starts handing out bear-poking spears to a wave of new recruits? Are the bears still worth it? Should you specialise in seals instead? They’re worth less points, but there’s more of them? But, what about them bears? And what about whales? And I haven’t even thought about the spirit cards? But bears? 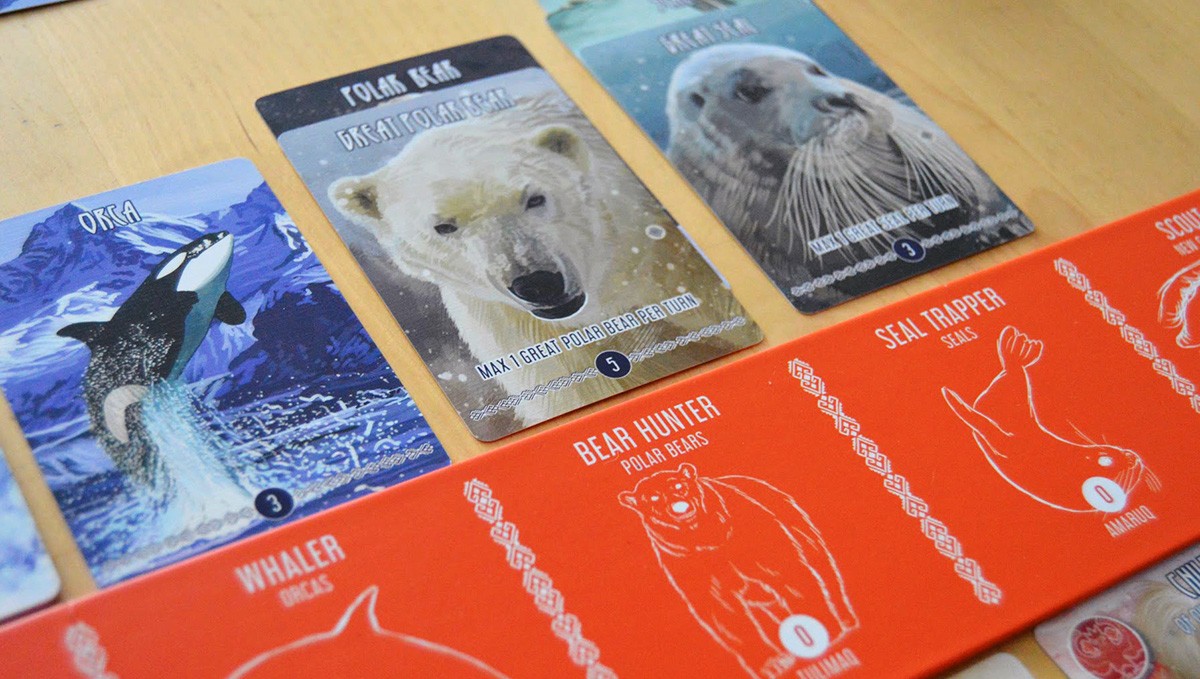 Here’s where the scouts come in. The scouts add to the shameless push-your-luck element of the game that helps to elevate your turn and up the tension. The more scouts you have, the more cards you can add to the Great White. This allows you more of a chance of getting a set of cards you want, but might also open up choices to the next players. Whilst scouts can seem risky, they’re altogether exciting. Do you have the nerve to pull another card? What’s it going to be? Is it worth it? What about another?

There are a multitude of ways to score points and lead yourself to victory but ultimately you need to learn to go with the ebb and flow of the Great White. And that’s what’s so pleasing about Inuit. The decisions you make are limited to just the few cards scattered across the centre of the table at the time. Subsequent plays of the game let you know more about the cards in the deck, but in the long run there are no guarantees of the order in which they’ll appear. Some games that rely on ‘luck of the draw’ can feel too aimless and fluky, but the speed and light weight of Inuit alleviates much of this. It’s easy on the rules but the decisions are still punchy enough to keep you around. Every turn still feels taut and every choice feels impactful. 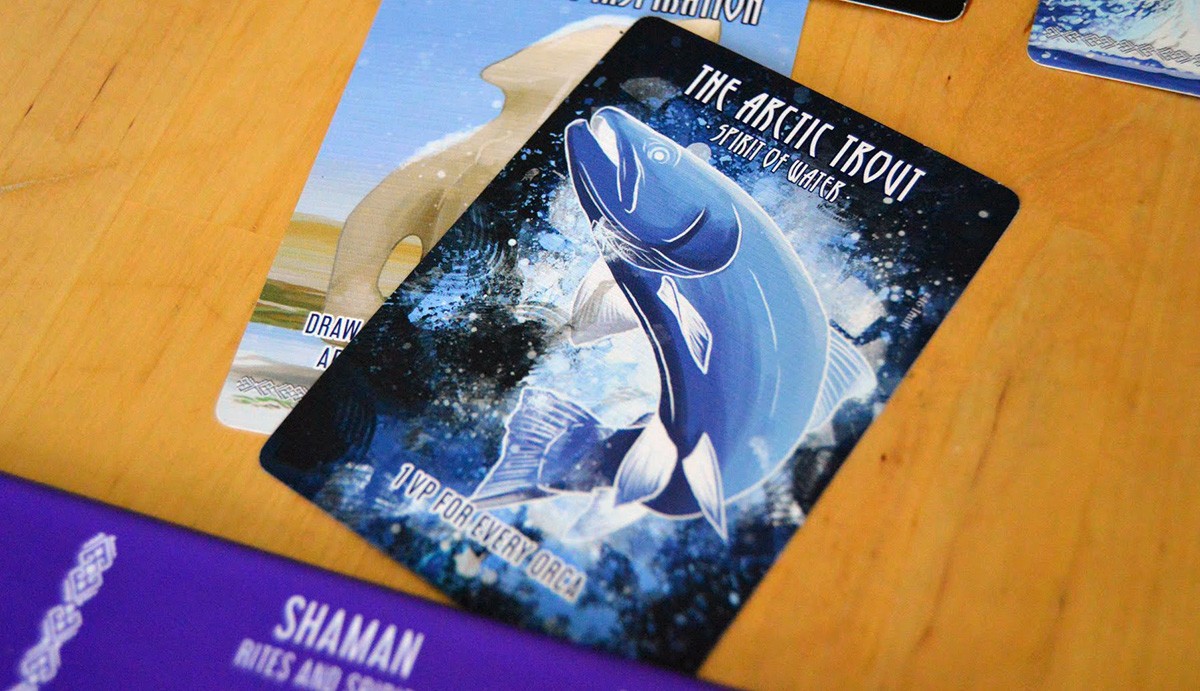 Inuit also comes with a couple of ‘expansion’ modules which you can add in as and when you fancy them. These additions are a bit of a mixed bag, though. Conflict cards, for example, start a ‘war’ between two tribes. Whilst this offers players a different way of scoring points, wars can feel a little forced when they break out due to a certain card being drawn. Also, for such a clean-cut family-friendly game, wars feel a little out of place. Another module adds season cards – ongoing effects or minor tweaks to game rules that come and go as the deck depletes, and offer a welcome level of variety to more, ahem, seasoned players. Overall though, the expansion modules are a lovely added bonus.

Inuit is ultimately a charming and welcome addition to my collection. But there’s just one thing… Please, can we take a moment to talk about the box size?

This might seem pretty pedantic to some – after all, who cares about a box if the game is good? But hear me out here, it’s a problem when the box is that big and the game is effectively a deck of cards. 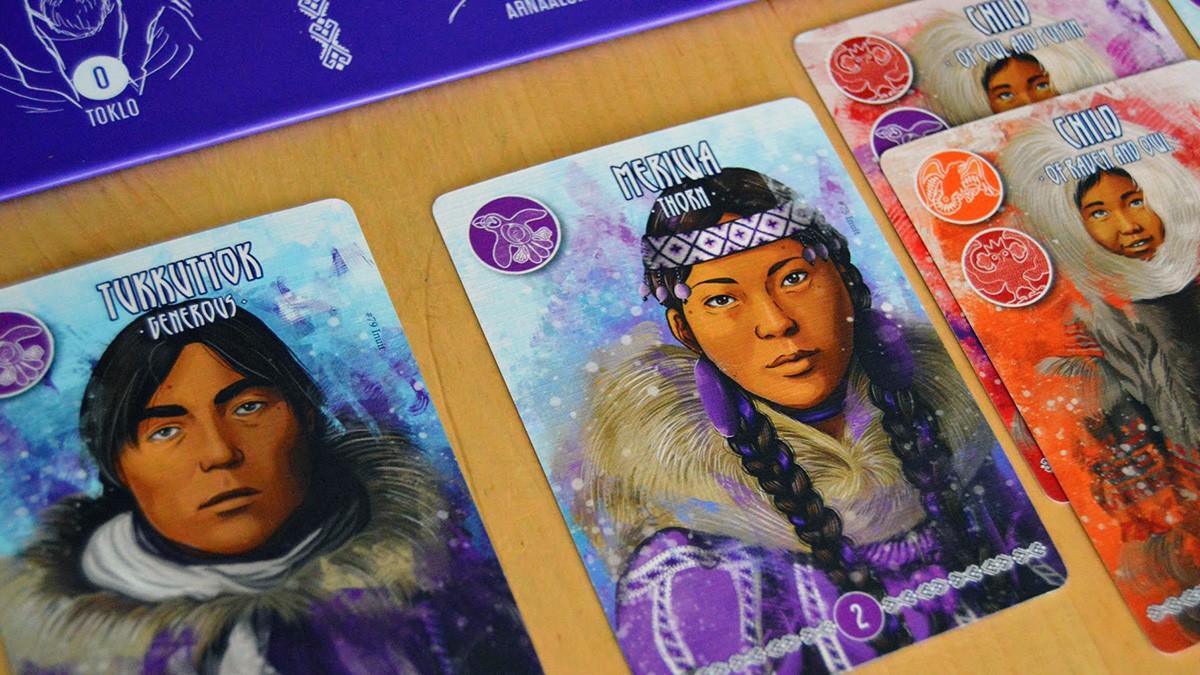 Inuit is a light, fast-paced card game much like the recently reviewed Piepmatz. It’s a palette cleanser between bigger games, often playing in as little as 30 minutes, even at four players. But this box signifies an expectation of a much bigger, more strategic, and ultimately deeper game than what’s actually there. This isn’t so much about practicality or storage as it is about perception. This box belies the weight of the game and shoots itself in the foot because of it. The box matters here because this could become a much loved, well-travelled small box card game and instead it might be passed by. And that would be a damn shame.

This isn’t a richly thematic game, but there’s plenty here which helps create a story, one that’s not only beautifully illustrated but that’s been handled with a lot of care, honour and respect by the developers, something that’s clearly spelled out in the publisher’s note at the beginning of the rulebook.

In their own words, this game isn’t a simulation of Inuit life but more of an appreciation for a culture and people. This admiration is very apparent from the overall feel of the experience, and the game does a wonderful job of evoking a small sub-section of Inuit life. 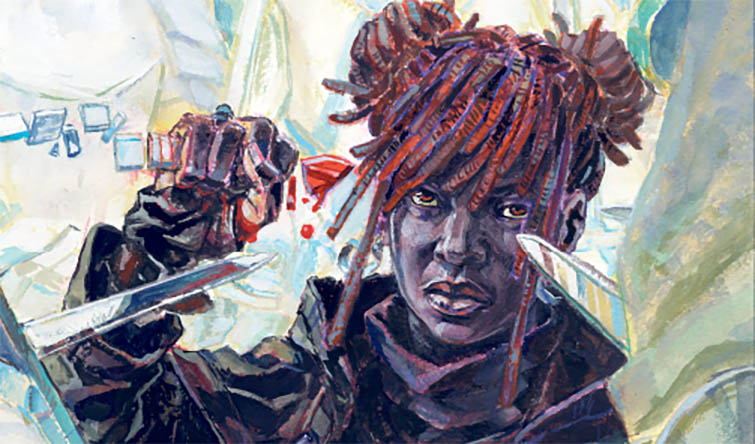