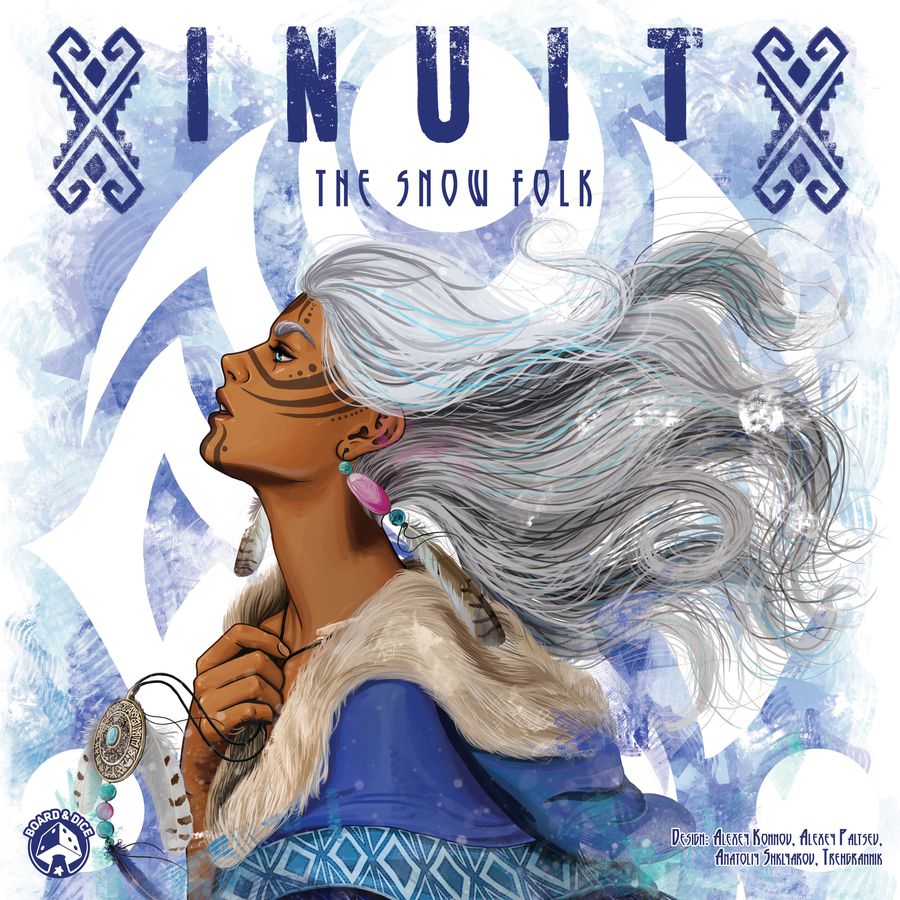 As aurora borealis fills the night sky with fantastical light, and the eyes of those who came before look upon you, it has fallen on you to lead your village to power and prosperity. Now is the time to grow in numbers and strength, to build, to hunt, to look to the spirits of the white wilderness, and to prove yourself the greatest leader of the Snow Folk.

Inuit: The Snow Folk is a card-based strategy game of drafting and tableau building for 2-4 players.

On your turn:
1. Draw cards from the common deck and place them face up on the table.
2. Choose one type of card to draft into your village.
3. The number of cards you draft is based on the number of Inuit of a given occupation:
– Elders expand your village.
– Shamans call upon powerful Spirits and perform mysterious Rites.
– Warriors bring you the weapons of those they conquer.
– Hunters provide precious game: seals, orcas, and polar bears.
– Scouts allow you to choose from more cards each turn.

Inuit: The Snow Folk is a creative reimplementation of Natives, a 2017 release, updated with new lavish art and adding 2 new modular expansions: The Spirit of the Great White and Rising Sun.