Paul: What is Hive? That sounds like some horrid illness, some terrible disease. “I’ve got Hive Pocket!” you shout down the telephone to your GP, sweaty hand gripping the receiver.

Quinns: Paul, telephones are all mobile nowadays, and your GP will just tell you that Hive is a two player board game without a board.

Paul: And then I would faint.

Quinns: Hive is the first “abstract” game we’ve looked at. Usually, a board game is dressed up in theme, imagery, random chance, maybe even reconfigurations. An abstract game? It’s nothing more than naked mechanics. And just like real-life naked bodies, that can make abstract games tremendously off-putting.

Paul: And as it peels off its shorts to reveal those naked mechanics, you see what’s crawling amongst them. Insects. Lots of insects. Hive Pocket’s undergarments are a writhing, seething mass of multi-legged monsters that squirm over and under one another. The game is simply heavy-duty plastic hexes of insects, each with its own specific rules.

The chitinous crown that rules this collection is your Queen, and as you drop your insects, creating a new board every game, you’ll be trying to surround your opponent’s Queen while protecting your own. 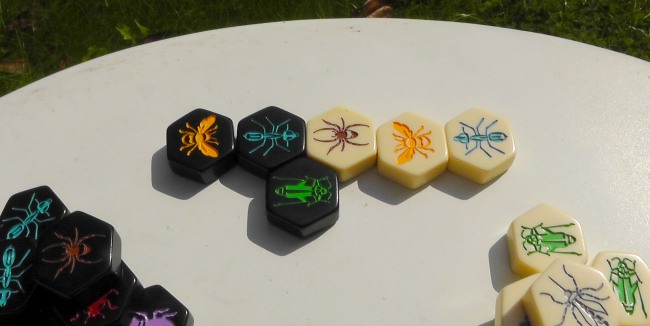 Quinns: That’s the entire game. On your turn you either place an insect (BUT IT CAN’T TOUCH THE OTHER TEAM’S INSECTS) or move one of your insects (BUT EVERY INSECT MOVES DIFFERENTLY).

Beetles crawl in any direction, even on top of the board. Grasshoppers leap. Spiders scuttle. Ants circle.

The new version we’re looking at, Hive Pocket, also comes with Hive’s two expansions! Both of which should let you know you’re not in board gaming Kansas anymore. Most expansions are decadent case of glossy new cards and cardboard. Hive? Expansion number one is a ladybird.

Number two? I’m not sure you’re ready for number two. No way. It’s too much. Alright number two is a mosquito.

Paul: With its uncomplicated rules, this game is so simple that you can start playing straight away, but every new placement, every skitter or scamper, builds an increasingly complex puzzle. Whatever move you make, you can never break away from the hive you’re creating, only extend or complicate it further, creating branches of insects that your queen tries to escape down, or massing barriers of bodies to defend her with. The game is like a marriage of checkers, chess and head lice.

Quinns: Ew. But he’s not kidding. As a game, Hive’s won various prestigious German awards, but as a simple game, it got chosen as Mensa’s game of the year.

Let’s get this straight. Almost all the games we talk about on SU&SD are fun little battles. There’s chatter. Drinks. Jokes. Joy.

Hive has no time for joy. It’s ready, it’s naked and when you slide it from its pouch to go clattering onto the table, you’re creating a tiny arena of minds. That Hive succeeds as an abstract game is evidenced by one simple fact- every time I’ve played it, it’s been in almost total silence. The challenge absorbs you utterly.

But its biggest achievement, I think, is that it’s the slow evolution of a game from something like chess into something as quick, final and portable as arm wrestling. A game of Hive can take as little as a few minutes.

Paul: That’s a lovely thing about Hive Pocket. You could actually fit it into your own pants, so small and portable it is. That way, when someone else tears your underwear off to see what’s inside, you can be ready with a copy of Hive Pocket, to show just how happy you are to see them.

But yeah, the portability Hive Pocket definitely makes it the sexiest abstract game I’ve ever seen. Not only is it small, with lovely components, but it’s utterly waterproof. You could play it in a bar. On a beach.

Paul: While being examined by your GP.

Quinns: Ew. I’m sorry Paul, you’ve got hive pocket. BUT IS IT FUN?

Quinns: Double ew. But yes. Some games are entertainment, some are a challenge. If you’ve got a competitive stripe and you find your pockets empty, this is definitely one of the best things to slip into them.

The Top 3 Games From BoardGameGeek Con 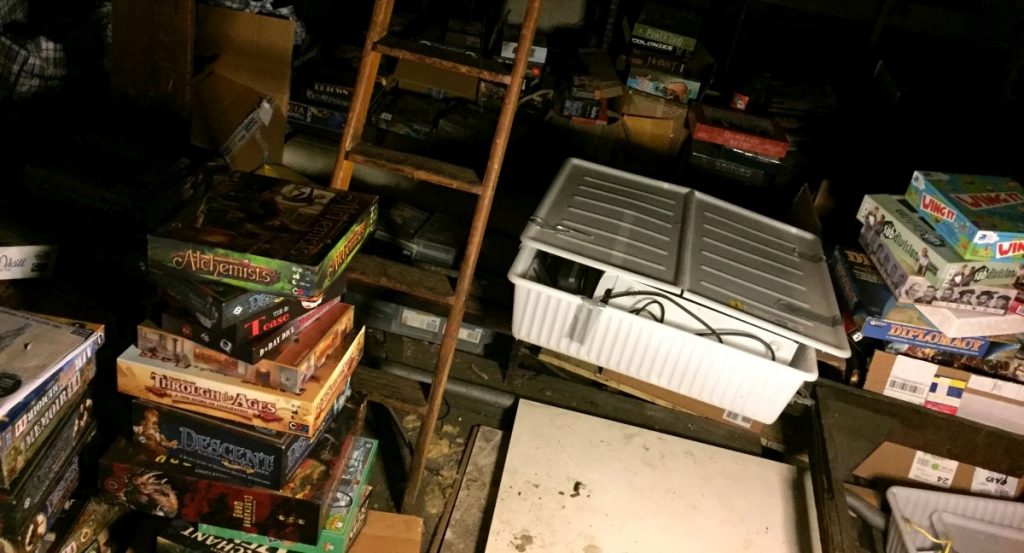 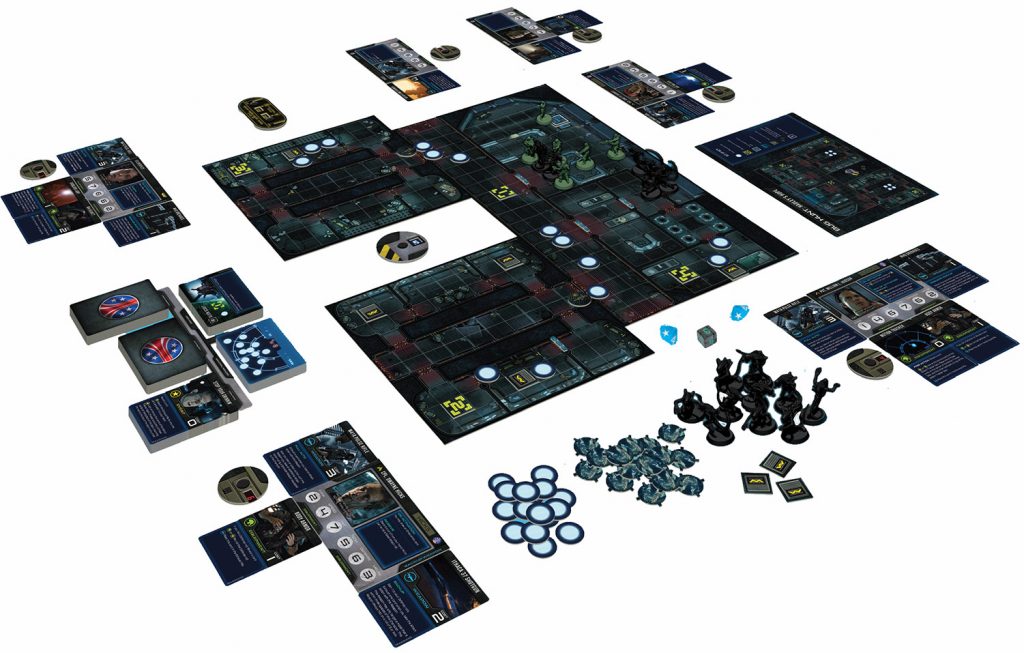