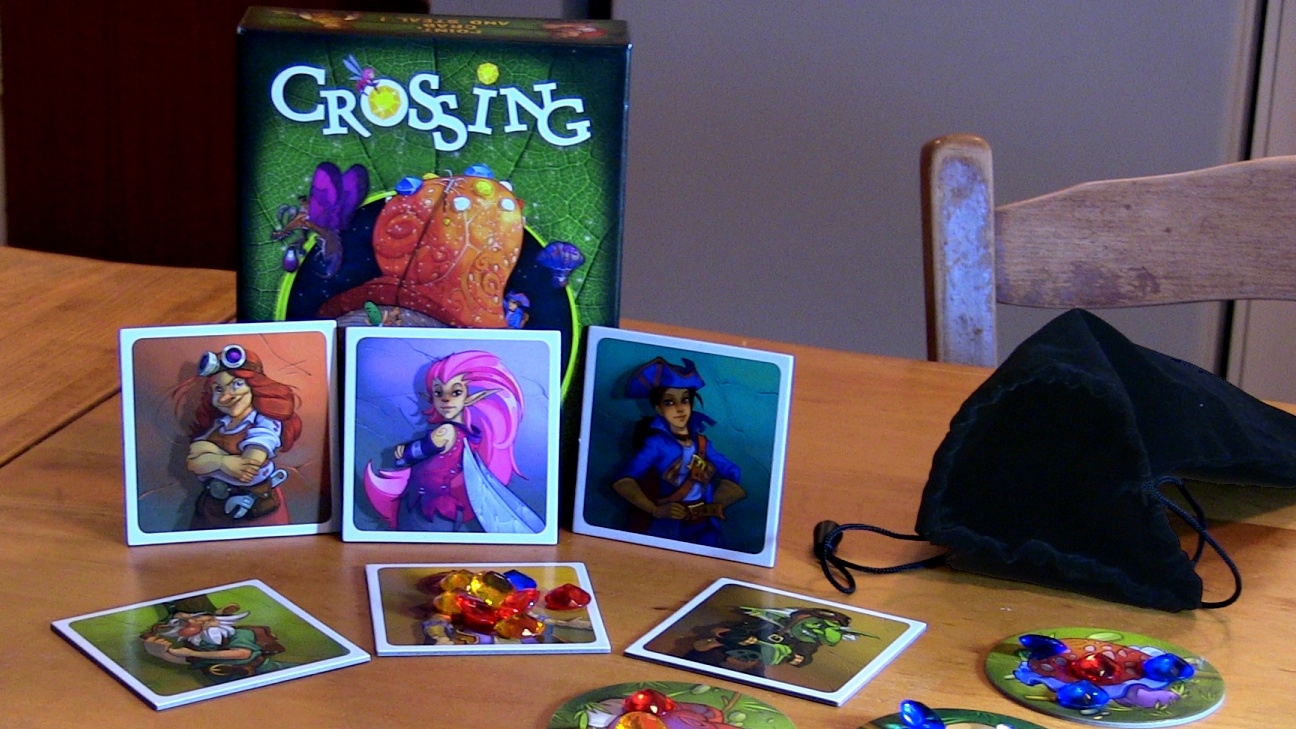 Paul: Ah, you’re here, dear reader. Excellent. Come closer, come closer, and let me tell you the torrid tale of mushroom corruption that is Crossing. It’s a tale of riches and of theft, of cunning and of deception. It’s a tale of gems and fungi, like none you’ve ever heard before.

Are you sitting comfortably? Are you ready for the story of the tiny little game that was full of wonder? Then I’ll begin.

Crossing was a game I almost didn’t pick up. The blurb on the back of the box really didn’t sell it to me, with its talk of players simultaneously pointing at piles of gems. Point a pile nobody else is pointing at and you get to keep them! So what? Big deal. It all just seemed like a too-simple party gimmick. And that much is true, actually. It is. 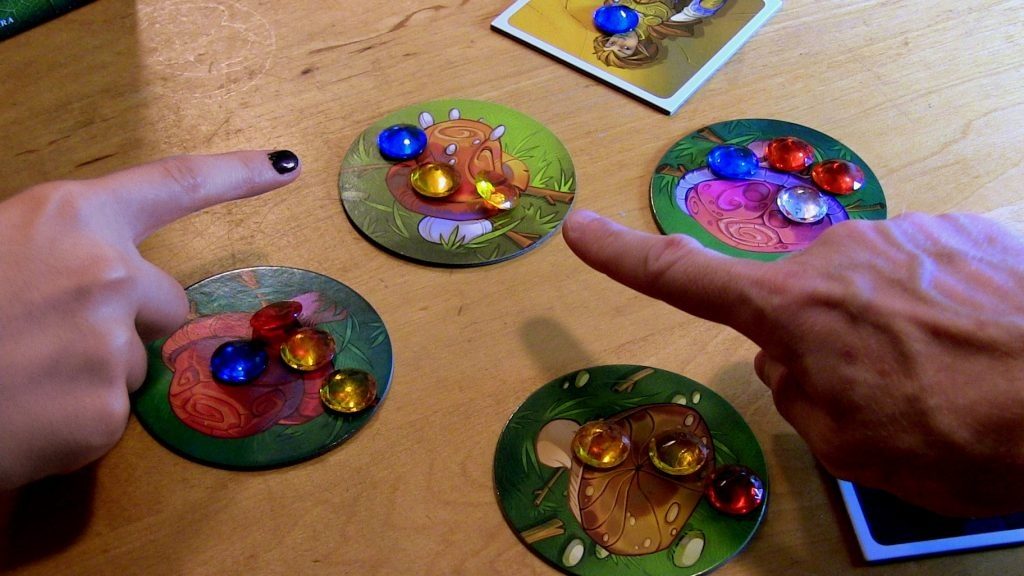 There are a certain number of mushrooms, but there are never enough (I know, story of your life, right?). The grand tragedy here is that there’s always one fewer mushroom than the total number of players. The mushrooms carry gems. Gorgeous, sparkling plastic gems. Gems that inspire such throbbing and unprecedented desire within your very soul that you cannot help but covet them. You must have these gems. These gems are everything.

Getting a gem from a mushroom couldn’t be easier. Just as that blurb boasts, pointing at a mushroom wins you the gems that are on it. Wins you the gems just as long as nobody else pointed at the same mushroom, that is. Y’see, that pointing is something you all do together, at the very same moment, without a moment of mushroomy hesitation. If nobody else pointed at your chosen mushroom, then good job! Great! Rent yourself some construction equipment because you are going to need it to SCOOP UP all those gems and put them on your cute lil’ player card. Now, let’s take a moment to appreciate just how fancy those are. 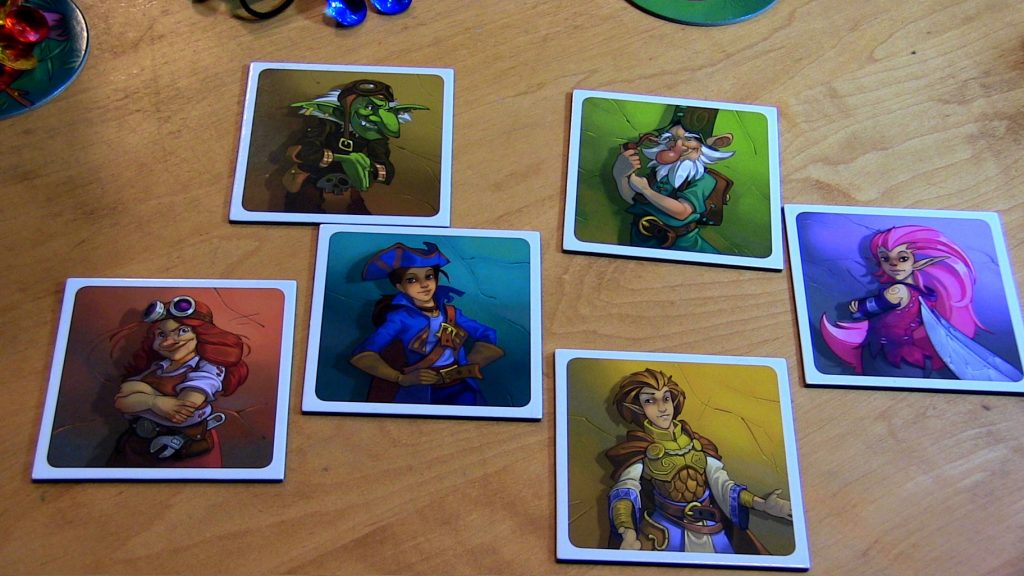 Look! You could be a pirate or a goblin or a very bearded dwarf-like person! The world is your oyster! No, actually. The world is your mushroom, on top of which are MORE GEMS. Any gemless mushrooms get two more added to them, yanked from the cavernous and yet sweetly velvet depths of a big, dark bag. Any mushrooms already carrying unclaimed gems have one more gem added. Why are there mushrooms with unclaimed gems on them? Because more than one player pointed at them, creating what experts call a “gem standoff.” Neither of those players got anything. Hah! The fools.

Then you all do another round of pointing at the gem pile that you want, hoping nobody else had the same idea. And again. And again. Repeat until all the gems are gone.

Oh, but what’s this? What is THIS? Why, it’s the pile of gems you just won, hauled onto your player card. Why now, what if someone were to point at your player card instead of a mushroom and were to… no, surely not? Surely they can’t… steal your gems away? 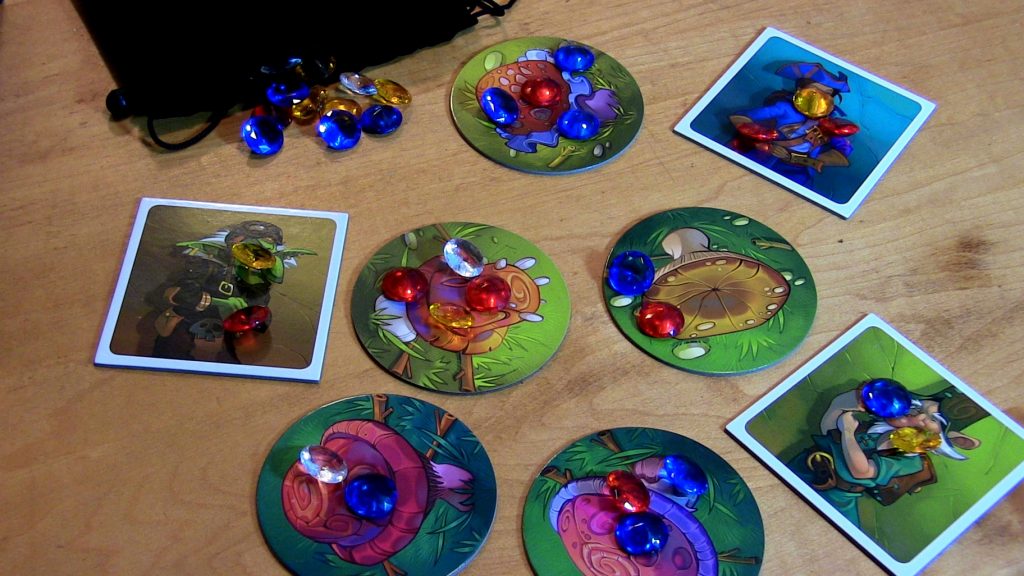 No! Of course not! Not if, when that moment of mass pointing occurs, you choose not to point at a mushroom and instead to place your hand over your card. Of course, you forfeit the chance to win any more gems, but you ensure yours are safe! And somebody almost certainly was about to point at your pile, right? Right? Right.

Dear reader, you and I both know exactly where this is headed, exactly how all of this goes disastrously wrong. There are the rounds where, somehow, every single player points at the same mushroom and gets nothing, or where everyone else pointed at your card stash to, again, get nothing (no sharesies here), while you casually cast a finger toward the largest, shiniest gem pile IN THE HISTORY OF ALL MUSHROOMKIND. Then there are those ever-growing piles of gems that, because everyone or no-one wants them, are never claimed, simply getting larger and larger every round. There’s the poor attempts to anticipate what the player in the lead might do next. There’s the horrible moment where all your winnings are snatched away, even though you may well be able to claim them back next round. 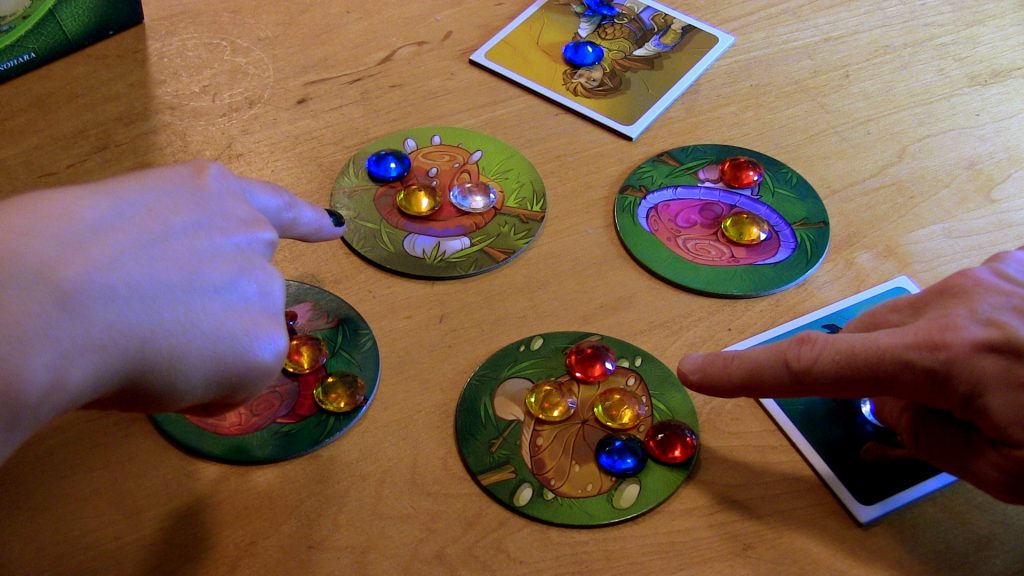 And, by my spores, it shouldn’t be as funny as it is. Yet it is!

Crossing is just a little bit like Liar’s Dice (no, really!) in that it’s all about trying to second-guess, to clutch a sudden opportunity or to just not make a fool of yourself. It has its own cute, coy strategies, too. You’re aiming to collect groups of three gems (red, blue and yellow), as these are worth five points rather than just one each, but the two point diamonds are a decent compromise. You can also bank everything that’s on your card, something you absolutely must do sooner or later, which guarantees their safety but loses you a turn. Of course, of course the impossible question is always when do you bank? And then, suddenly, multiple players bank at the same time, giving those who are left a field day, a far more open selection of gems where it’s much less likely they’ll clash. It’s like giving your enemies free money.

The answer to the impossible question, by the way, is obviously: You bank when you have a hoard of gems that everyone else clearly plans to steal, but not when there’s huge piles of opportunity laid out in front of you, but also not when simply defending your stash is a good move for the round, but also not when you think everyone is going to be pointing everywhere else anyway, BUT ALSO not if you’re sure that more than one player is going to point at your stash and thus leave you safe for one more round. And are you sure about that? What are you sure about in Crossing? 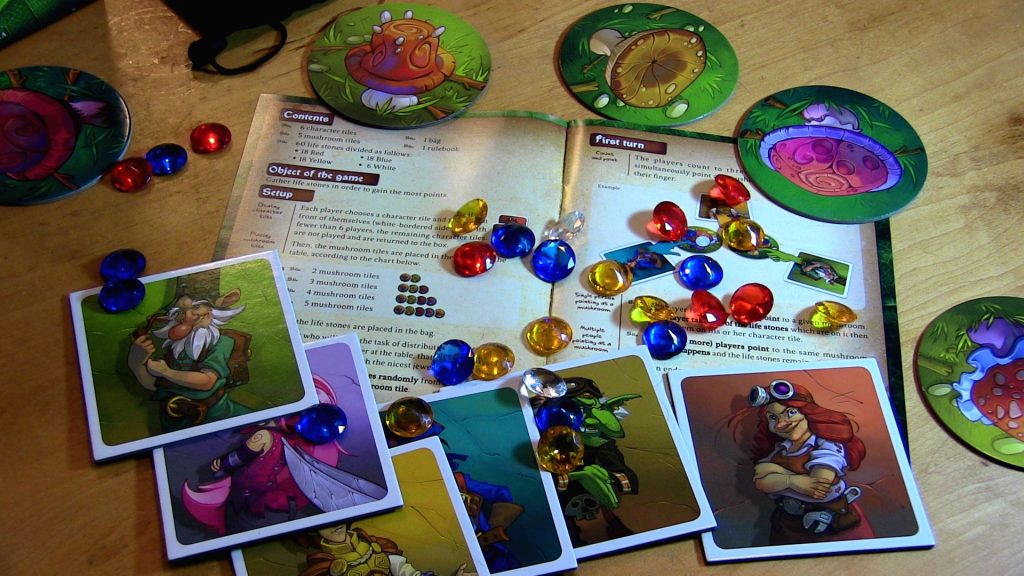 Crossing is so simple and yet it’s not remotely dumb, it’s just silly. Sober, it’s silly. With a few drinks or even nothing more than the taste of sass and sarcasm on your lips, it’s silly. With your mum, your dad, your gran and your little sister it’s silly.

Crossing really, really is a too-simple party gimmick, but that’s all it needs to be. It’s perfect just as it is. Perfectly silly, perfectly splendid and a perfect recommendation for OH MY GOD WHY ARE YOU POINTING AT THE SAME THING AS ME you fool if you’d just gone for the obviously BIGGER PILE we could’ve both come away happy URGH. 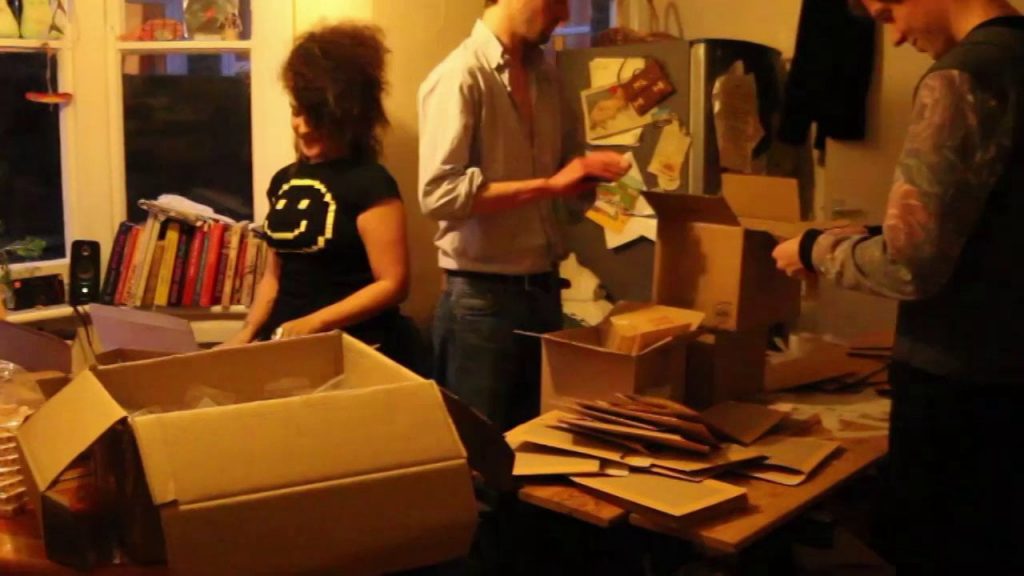