Fantasy Flight’s owned the Star Wars license for more than a year now, but all that’s meant for us is one passable card game. Until today. The X-Wing Miniatures Game is THE release this month. Tiny, pre-painted spaceships, jinking past lasers that could reduce them to a sneeze in less time than it takes an extra to scream “I’M HIT”. 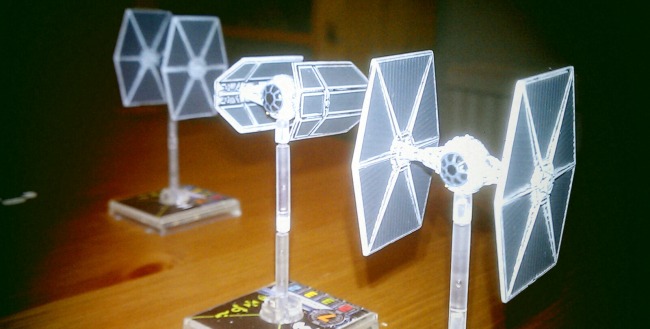 So X-Wing is fun. Let’s say you were playing those TIE fighters up there. That sexy little attack wing. Doesn’t that sound like fun? It is fun. Here’s how you’d control them: 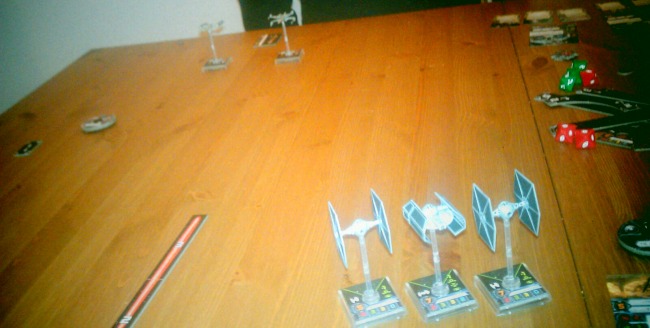 On paper, the game is watching the angles and trying to get behind your opponent. In practice, it’s two people giggling they try to second guess their way out of HOT LASER DEATH. This is followed by… 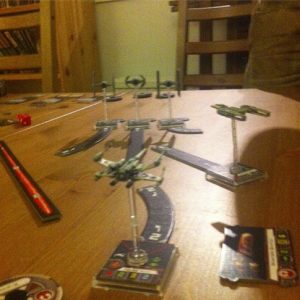 And these rolls are gloriously tense. You spend the whole game on your knees before lady luck, stroking her hands, whispering panicked nothings up at her, because each of your beautiful ships could have its back broken by any one of these rolls. But like the best trashy games, the dice rolls come so thick and fast that you’ve got no time to linger on any unfair slaps to the boob. “That was bullshit!” you proclaim, before realising there’s no time for complaining because that Y-Wing is firing a proton torpedo at your star pilot RIGHT NOW.

This is actually is where we arrive at my favourite part of X-Wing. Take damage, and you place a little “Damage” card on the ship facedown. Take critical damage, which you’ll be doing a lot, and the damage card goes face-up. That means your pilot is LOSING HIS SHIT, or maybe the ENGINE’S FAILING or the SENSORS EXPLODE, or, as I discovered to my horror, the sodding CONTROLS CATCH FIRE. All of which whittles away at your options while making a simple game deathly atmospheric. 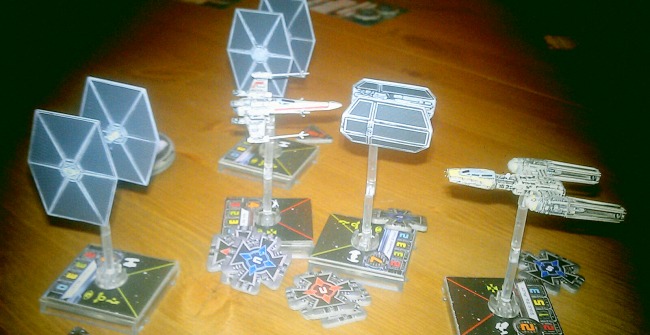 That’s the game. But it works! Unlike Star Trek: Fleet Captains, which is a great theme dropped at your feet in a poorly planned tangle of rules, this is a great theme chopped up and delivered with grace and a smile, with no set-up time at all.

Actually, it’s more than a great theme. When we started our second match of the night and my friend put on the actual Star Wars soundtrack, the atmosphere in the room became so playful yet portentous that I seriously felt a bit sick. A feeling that was only matched when Luke Skywalker, piloting an X-Wing, raised a middle finger at Obi-Wan by turning on his targeting computer to blow up a TIE fighter, before promptly being blown up by a cluster missile. 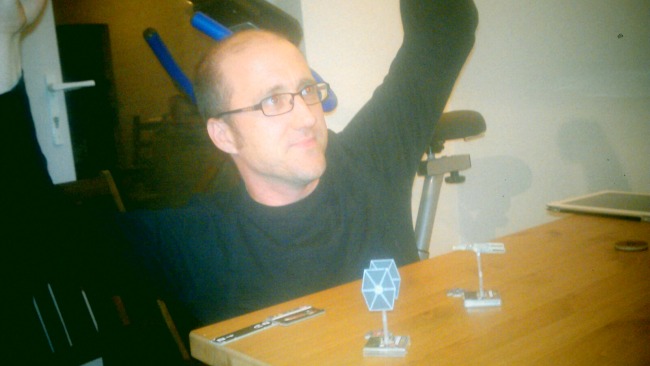 My TIE fighters went on to lose the mission proper, mind you. My opponent (above)(the jerk) won using that famous tactic from the Star Wars movies where the rebel ambassador escapes by flying off the board.

But here’s the thing, and the clue’s in the title.

Here at Shut Up & Sit Down we’re used to putting on our recommendation hats and telling you to go forth, buy a game and have fun, then staring out of the window with a cool glass of Baileys. With X-Wing you’re looking at £30 for the starter set, which contains an X-Wing and two TIE fighters and can be compared to starting a fruit bowl with a banana and two acrobatic plums. You’re only paying for the beginnings of your collection.

Last night I played this game with a starter kit, the Y-Wing expansion and a TIE advanced expansion, which was five ships and a total of £54 spent, and there was still a sense that we were only playing half a game. 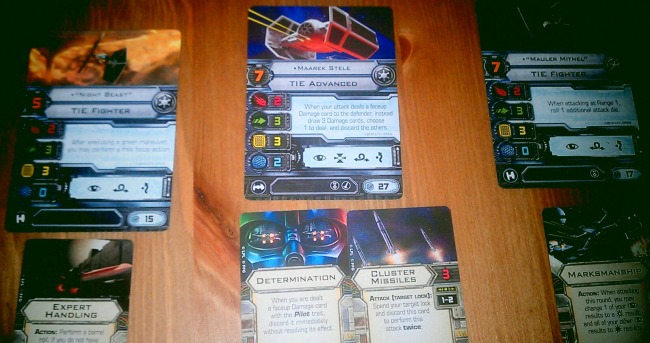 On the one hand, every ship you buy comes with a whole selection of pilots and equipment cards to let you tinker with how you build your force – you can see my picks up above – so that’s quite nice, as is the starter kit coming with a small range of scenarios. On the other hand, £12 for each additional ship is eye-watering.

On a third, mutant hand, the miniatures are gorgeous. On a fourth hand, playing with just a few ships, you’ll still roll dice and have fun. On a fifth and final hand, the less ships you play with, the more obvious it is that the real strategy of the game would materialise with more moving parts.

So there you have it! Star Wars: X-Wing Miniatures Game is a bit expensive and a bit amazing, making it a mercenary Han Solo of a game- you love it, and it knows it, but really it just wants your money, and it’s going to be snatching it from your wallet with expansion pack after desirable expansion pack for years to come.

Definitely, definitely pick this game up if you value Star Wars more than you value the £100 it’ll cost to get this game off the launchpad and into the stratosphere. Otherwise, I reckon you could save your money for the three incredible games you could buy instead.

In other words, “You must do what you feel is right.” That’s a Star Wars quote. I know! It is a very clever way to end a review. 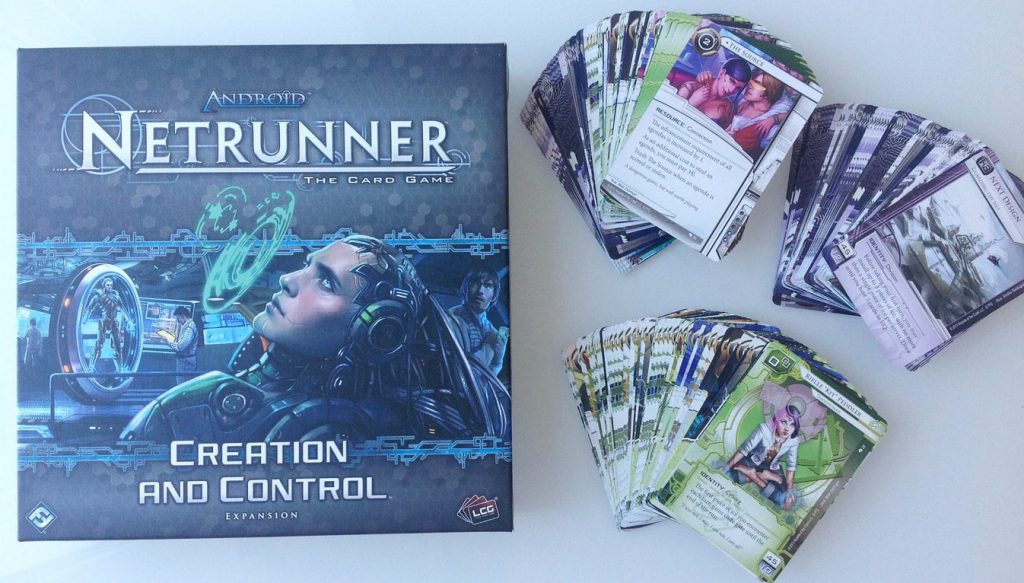