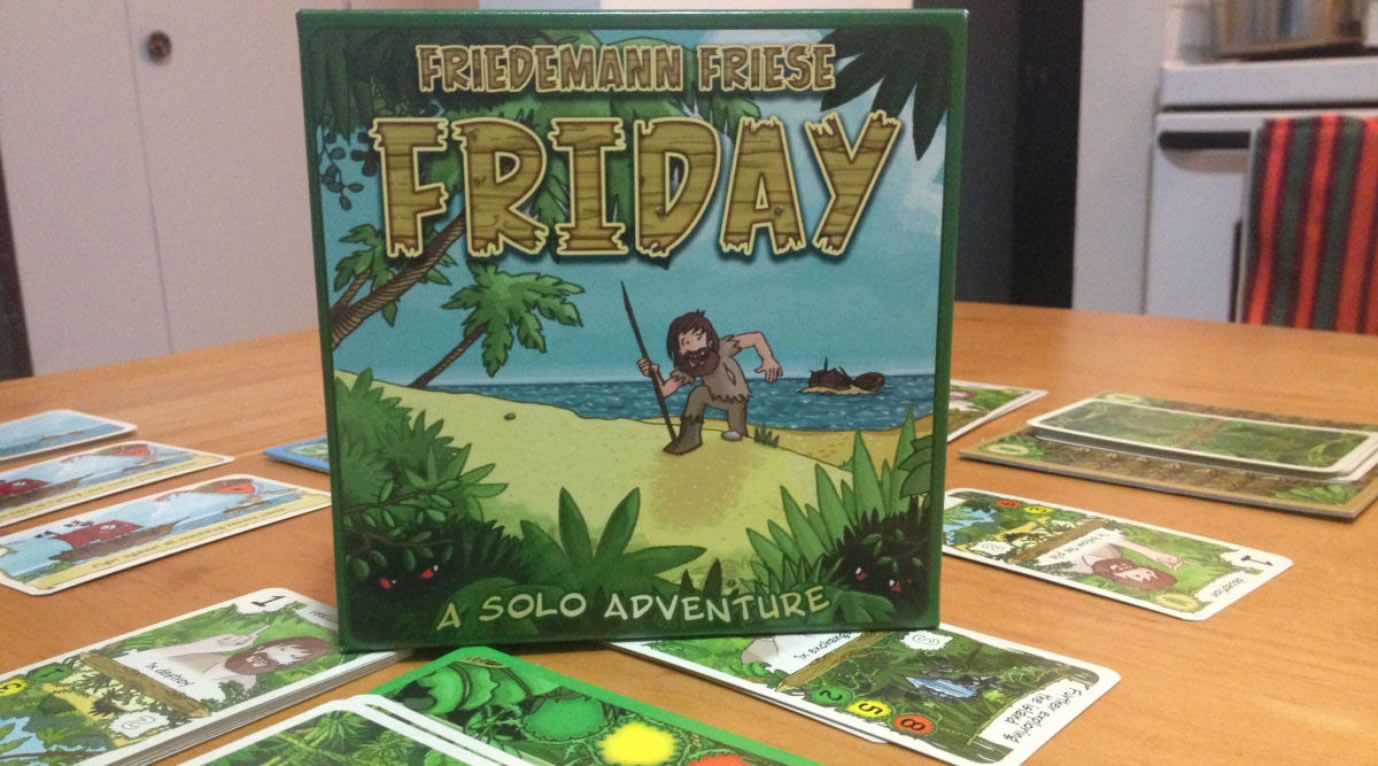 Paul: Friday, Friday, gotta get down on Friday.

Quinns: Paul! I hear that you have recently been playing the Friedemann Friese one player card game called Friday.

Quinns: I know it well and actually I thought you’d have some interesting-

Paul: Which seat do I TAAAAKE?

Quinns: DON’T MAKE ME BLOWDART YOU.

So this game’s premise is that you’re playing the role of Friday, friend to Robinson Crusoe, himself the sole survivor of a shipwreck who finds himself marooned on a remote island. Crusoe is pretty useless and is going to be confronted by all sorts of dangers, so he needs your help both dealing with them and, eventually, with escaping. 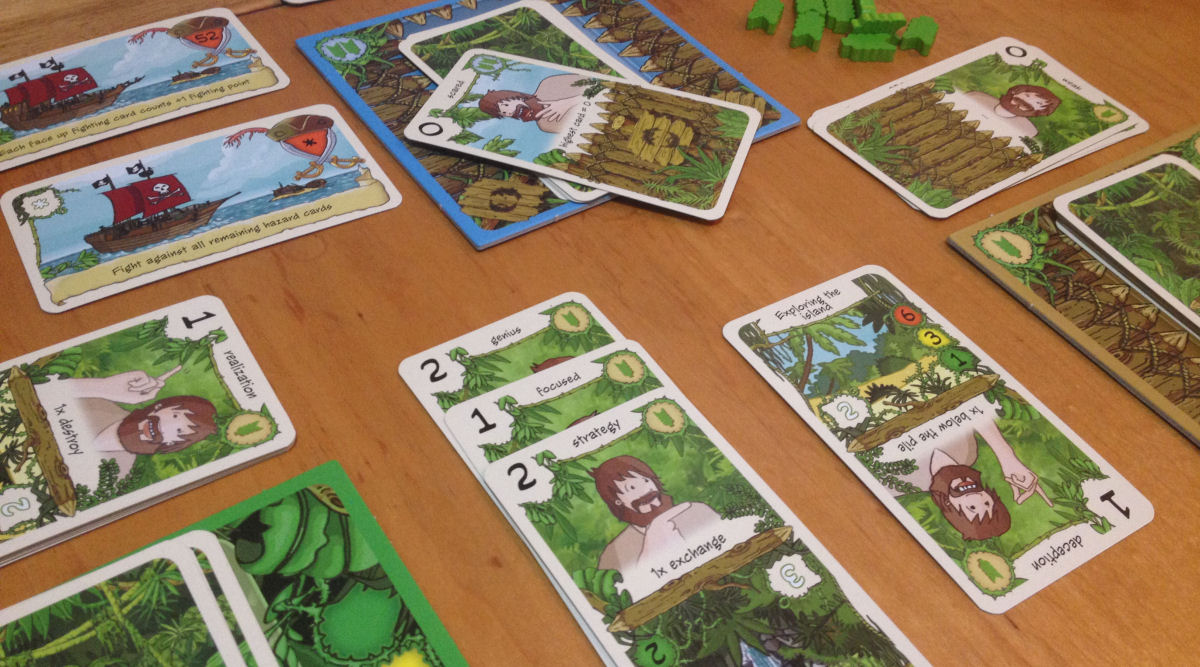 It’s actually pretty thematically interesting that this is a solo game because, you know, being marooned!

Paul: Right. Obviously being marooned presents all sorts of challenges, like foraging for supplies, dealing with wild animals and fighting off stereotypical cannibals. Stranded Crusoe starts off as a largely clueless man who has no idea how he’s going to get food, equipment or HBO. As he’s confronted by the various challenge cards the island presents, you have to work out which ones he can deal with now and which are best left to later, gradually beefing him up by putting him through trial after trial until he’s a savvy, skilled and a totally ripped dude who can crush coconuts between his toes.

Quinns: Have you ever been marooned on an island? Britain doesn’t count.

Paul: I’ve been marooned on a traffic island.

Quinns: I was marooned at a bus stop once for six minutes.

Paul: Did you have to resort to-

Quinns: I ate my copy of Mag Blast. 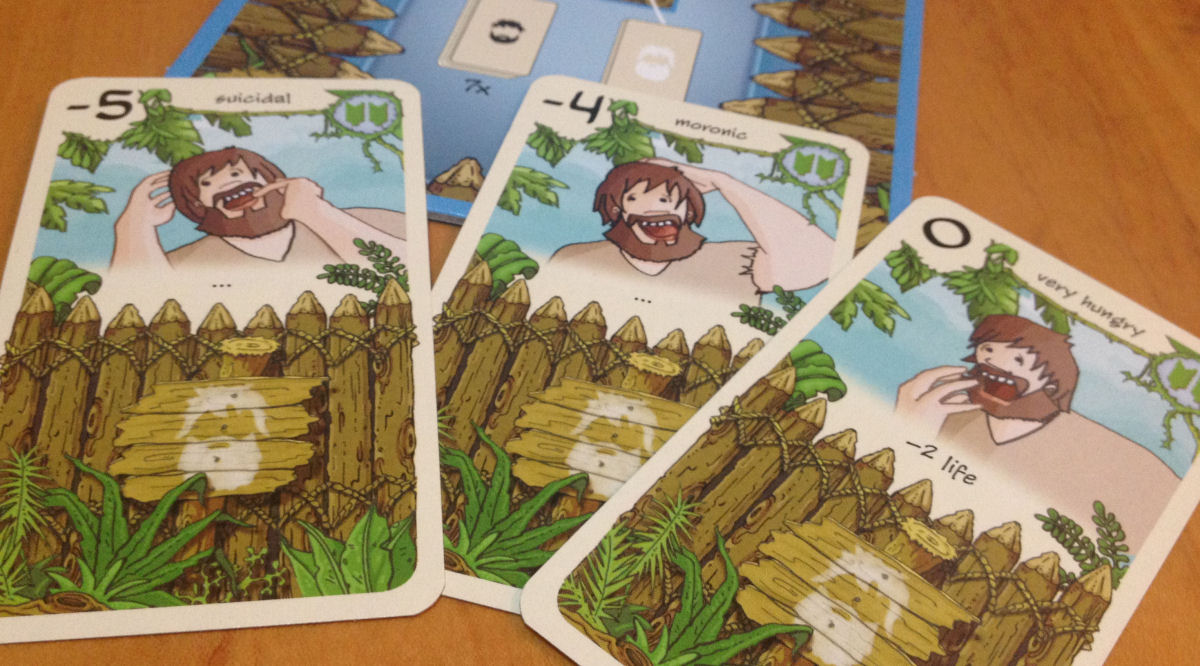 If you’ve not played games like Dominion, Trains, Arctic Scavengers or A Few Acres of Snow, then deck-building is a mechanic whereby you have a pile of cards that is basically the engine of your actions. You want to add more cool, powerful and exciting cards to that pile while also weeding out the weaker ones, sort of like a poker player stacking a deck by squeezing out the deuces and adding more aces, trying to get this unruly stack to spit out cards that you need, when you need them.

Paul: This is what immediately grabbed me about Friday. I start off looking at two decks. I’m drawing two dangers from the left one, one of which Crusoe is going to have to face, and then I’m drawing cards from the right one which represent his attempts to tackle them. The dangers have a rating I have to equal or beat and they also tell me how many cards I can draw to tackle them, to try to score that rating. If I succeed, I get to keep that card. I shuttle it across from the danger pile to the Crusoe pile. Not only will I never have to face it again, it now becomes an asset!

Flipped the original way up, the card is a challenge, but seized and flipped the other way, it’s more points with which to take on other challenges, or perhaps it even has a special ability. The thing is, while this sounds great, there’s also a lot of value in actually, uh, losing. Particularly early on, as you face your first challenges. Losing and spending a few of these little green tokens you start off with. What are these? Corn? Sex toys? Trilobites? 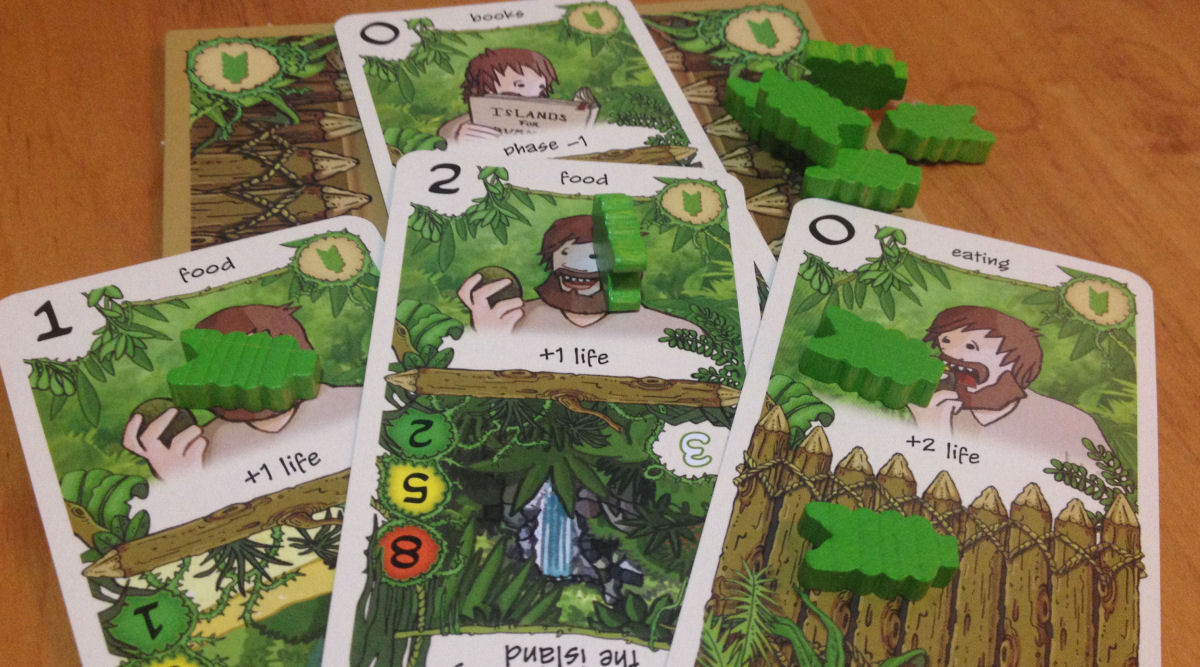 Quinns: Don’t be silly. Crusoe hasn’t been shipwrecked with a crate of sex toys. These dinky tokens represent his food.

Paul: But what’s he eating?

Failing to hit the number you need to complete a task means you have to pay the difference in these tokens, but it also means you can clear cards out of your deck that you don’t want. At the start of the game, there’s more than enough of these and it’s often just as useful to fail a challenge but discard a couple of crappy cards as it is to succeed and gain something good.

Especially because it can be a disaster when those cards turn up later. Right now, they’re a pain. Later, they’re going to be useless.

Paul: Here’s the next thing that grabbed me about Friday, that seized me like a jungle vine. The game escalates. Exhaust that deck of challenges and you face it again, but this time with higher scores required for your success. First, you were trying to equal the green number, but the second time around you face the yellow one, this third time it’s the red. 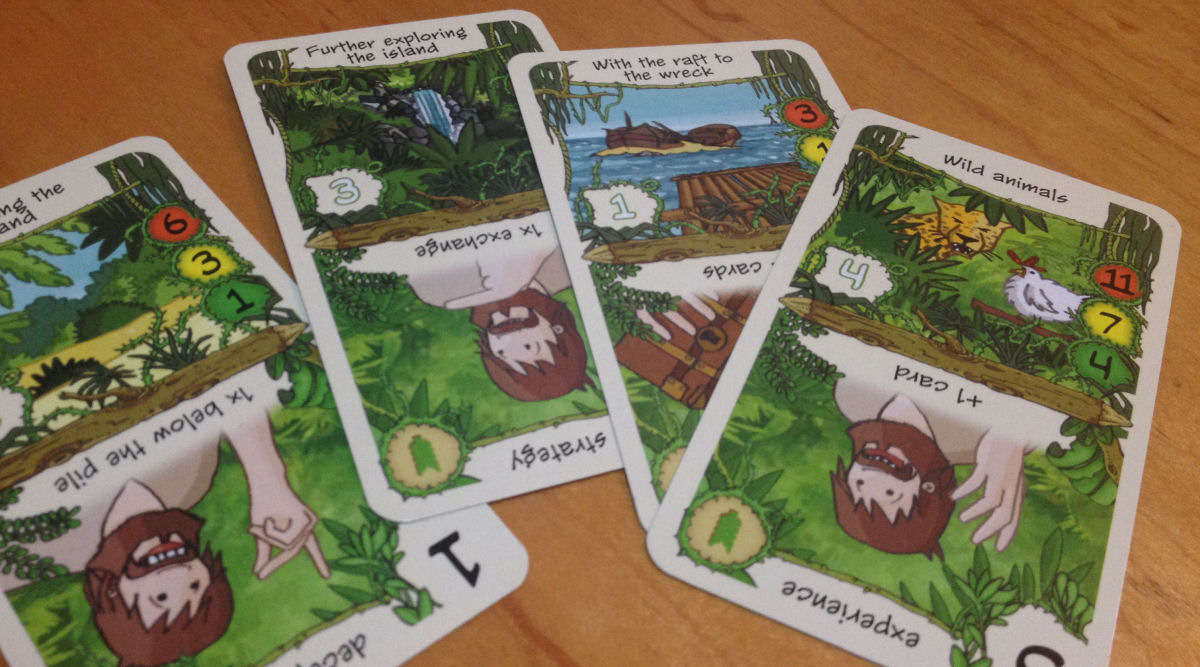 Exhaust your deck of Crusoe ability cards and you have to start again with a new, crappy card slipped in that represents his getting older. These can be pretty debilitating penalties and, if you can, you’ll want to kick them back out of the deck as soon as possible, because they’re about as welcome as a spider in a shoe. The thing is, if you can only burn crappy cards when you fail challenges, you’re going to be far less inclined to fail as the stakes rise, because there’s the potential for each defeat to cost you even more food tokens as the difference between success and failure increases. Hopefully, you’re still beating challenges and gaining all sorts of better cards to offset these, cards that not only have bigger numbers, but also let you draw even more cards, double card values or do other fancy things.

Quinns: And eventually, eventually, you have to face your greatest challenge in the form of some pretty high-value pirate cards with, you’d hope, what’s become a finely-honed deck of beautifully-balanced cards that reflect Crusoe’s many months of experience and training. Right? 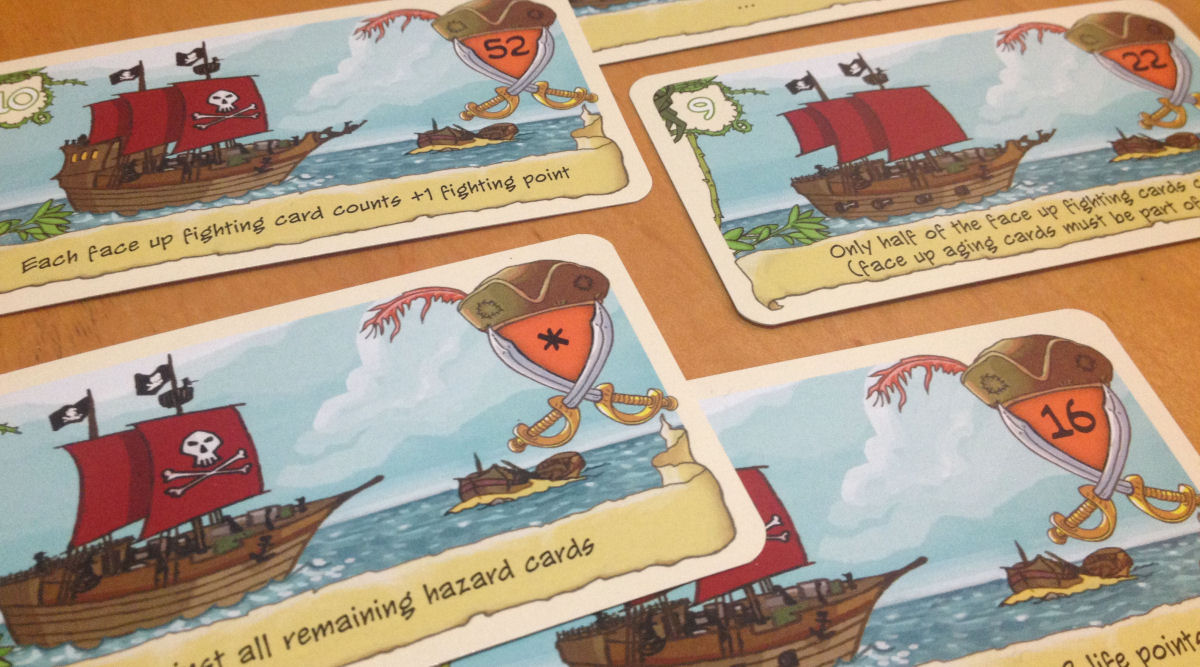 Quinns: That made me laugh when I found out about it. The idea that pirates show up to bury some treasure and Crusoe kills every single one of them. What have you done, Friday? What have you DONE? It reminds me of that one issue of Matt Fraction’s Casanova with the natives. Has everybody bought Casanova yet? God I love that comic so much.

Alright, let’s gotta get down on Friday. I’m curious how you felt about it, Paul, because my feelings are as mixed and fruity as a rum punch. Did you have fun with it?

Paul: Yes! Yes? I… found it really interesting. Yes. I had fun with it and I like how it’s both mechanically pretty simple but also very clever. I like how you find you’re not just looking at the challenges you face, but also the potential rewards for defeating them, wondering if you should take a bigger risk to win a more useful bonus for later. I like how you can spend your food/life tokens to play extra cards, but this burns through your own deck quicker, ages you faster and delivers you those crappy penalty cards even sooner. I like how its up to you how you play your bonuses, how many you play, even if you choose to deliberately fail at a task to improve Crusoe in the long run. 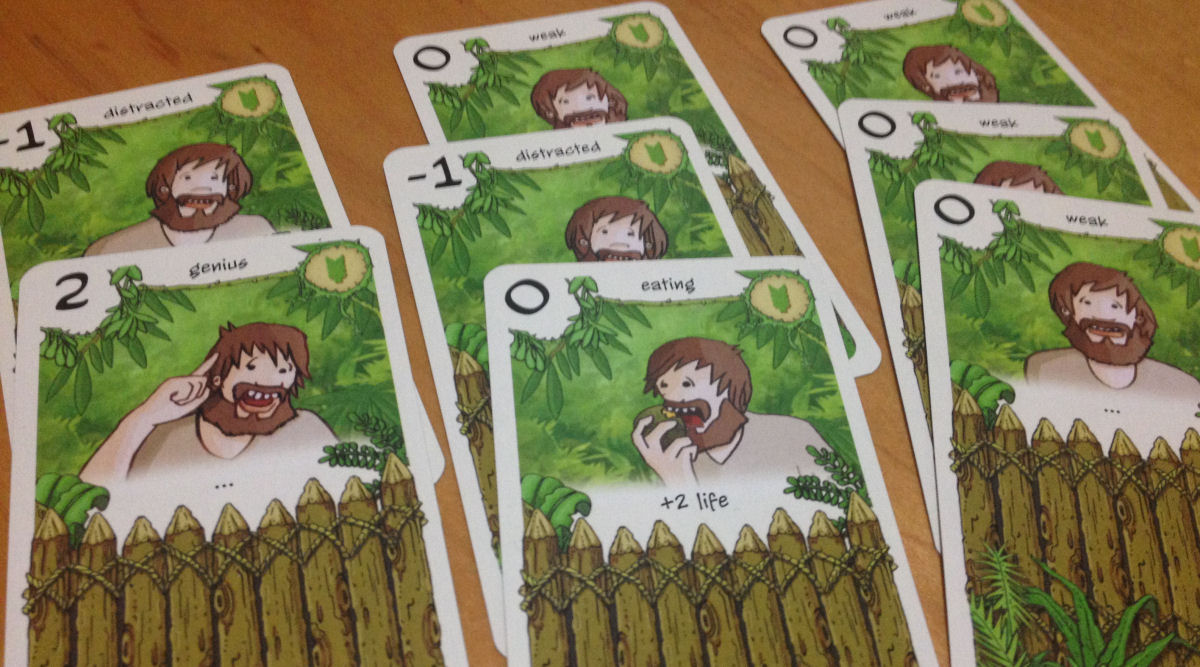 Paul: Okay. So. I like Friday. I think it’s good. But I also felt a little too at the mercy of my cards. I wanted more challenges to face, rather than just drawing another “Wild animals” or “Further exploring the island” card. I also just like that it’s a solo deckbuilding game, because I like solo games and it’s cleverly executed. But… but…

Quinns: Ah, sure. I could deal with that, I’m just going to level my own comment at Friday’s head like a machete.

Paul: Not all of them, surely!

Quinns: Yes, all of them! I think they lost their place in society around 1991 when Masayuki Uemura decided to append the word “Super” to “Nintendo”. Removing the other players from a board game is tearing their heart out, bleaching their soul, removing their most fabulous and powerful component.

Friday’s cool, but it gave me the exact same feeling I got from playing Mage Knight or Phantom Leader alone. A terrible loneliness, as if I wasn’t playing a game alone but with the spectre of death watching over my shoulder. It’s not just that these games are missing something. It’s that they’re missing everything.

Paul: Well! I couldn’t disagree more. I’m glad to have another solo game, though I’d recommend Dungeon Quest as that’s my favourite solo game. Even if it is a bit huge.

Quinns: But Paul that’s massive and costs so much more and also might be bad.

Quinns: I do like it more than big release Robinson Crusoe: Adventure on the Cursed Island. And I like that it’s designed from the ground up for solo play.

Paul: Gotta get down on Friday.

Quinns: You don’t though. 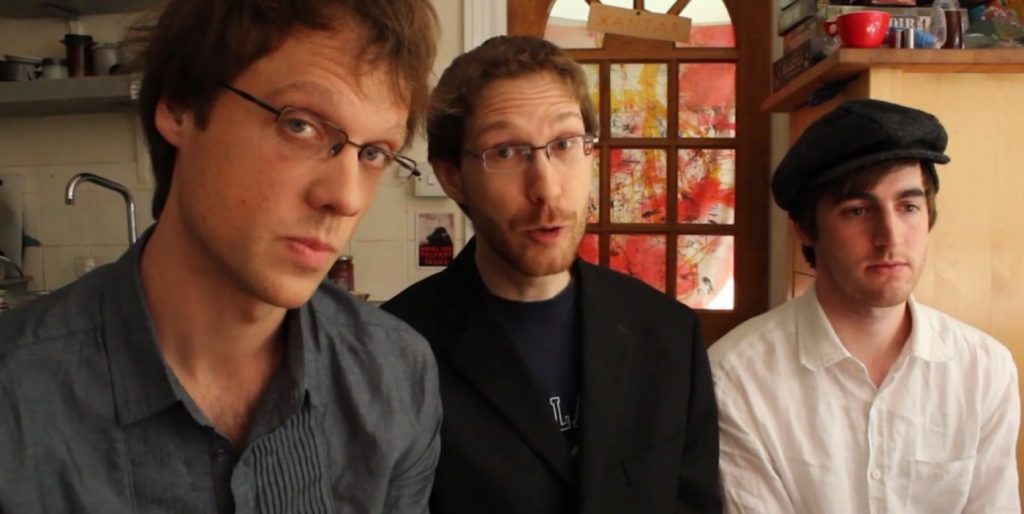 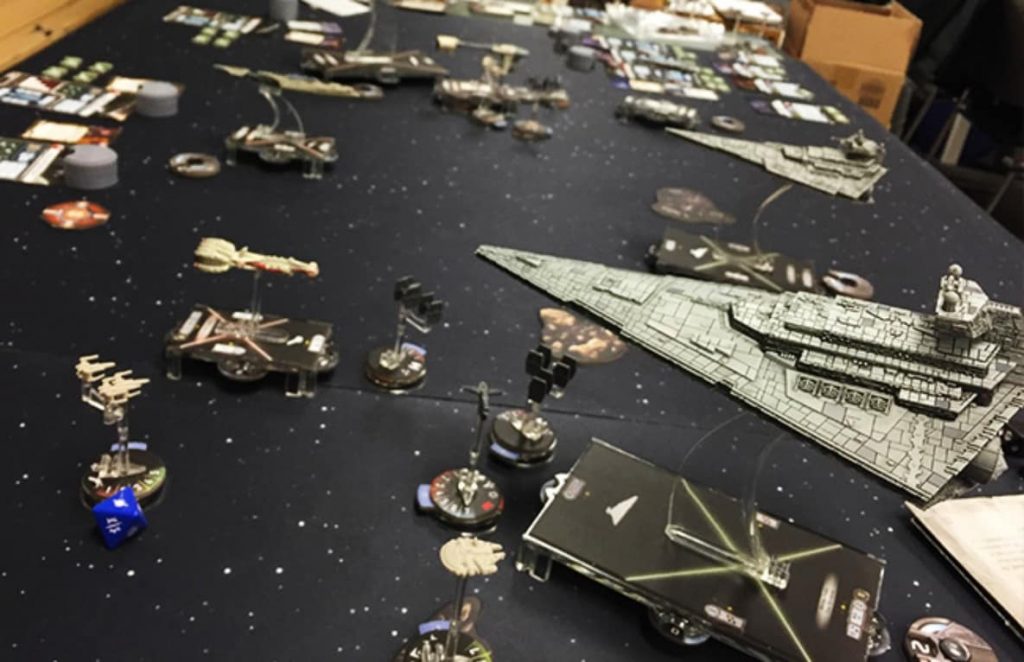