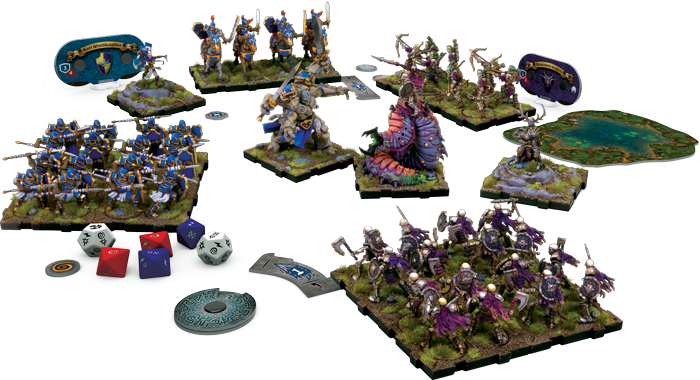 Quinns: Funny thing- development of Runewars: The Miniatures Game may have begun around the same month that Games Workshop announced Age of Sigmar, which it’s fair to say was not entirely popular with a great many Warhammer fans. Last year we even posted a link to someone setting fire to their Dark Elves. Fantasy Flight have proven to be a safe pair of hands when it comes to games that will please casual players as well as give competitive players all the support of a personal trainer. Runewars is also likely to be cheaper than collecting Warhammer. That’s a few extra pounds you can put towards..

Paul: Your next Runewars miniature?

By far the most important bit is the possibility of a Fantasy battle with wheeling regiments and dramatic duels, but with rules that make the game electrifying, exciting and easy to learn but hard to master. I’m not sure my childhood could take it. It would be punctured like a balloon and go farting around the room.

Paul: Also dripping out of the same Minnesota marketing machine is news of New Angeles, a near(ish) future game of corporate rivalry and city management, set in the rapidly expanding Android (read: Netrunner) universe. While each player is trying to make all the profit that they can through barely restrained capitalism, they’ll all have to keep one eye on the megalopolis they’re exploiting, in case it becomes unstable and provokes a government intervention. Big government is bad for big business, and government intervention can lead to all players losing the game.

Quinns: All this mutual interest might remind you of Archipelago, where everyone has to be mindful of the impact they have, and New Angeles also has the same rules for a traitor in your midst, someone who is quite happy to see things go off the rails.

But speaking of miniatures games, my only question about New Angeles is whether this game really needed the plastic security forces. I spent a lot of Gen Con talking to people about how board games are priced, and those miniatures look to me like another $5-10 on FFG’s box price. Calm down guys! (Although obviously we approve of their colour.)

Ooh, here’s a decision from FFG I love. Hand of the King, a new Fantasy Flight Game of Thrones card game by Bruno Cathala, is decorated with caricatures of the cast. Look at that! Look! With your eyes!

On the surface, this looks like a game of simple card movement in a six by six grid, hopping cards over other cards to collect them (and reminding me of one of Cathala’s previous games, Five Tribes), but it suggests the possibility of more complexity and deviousness. And, after seeing so much in Game of Thrones that’s so serious and severe, it’s a very fun change to come across a cartoon interpretation of one of the grimmest fantasy worlds ever created. 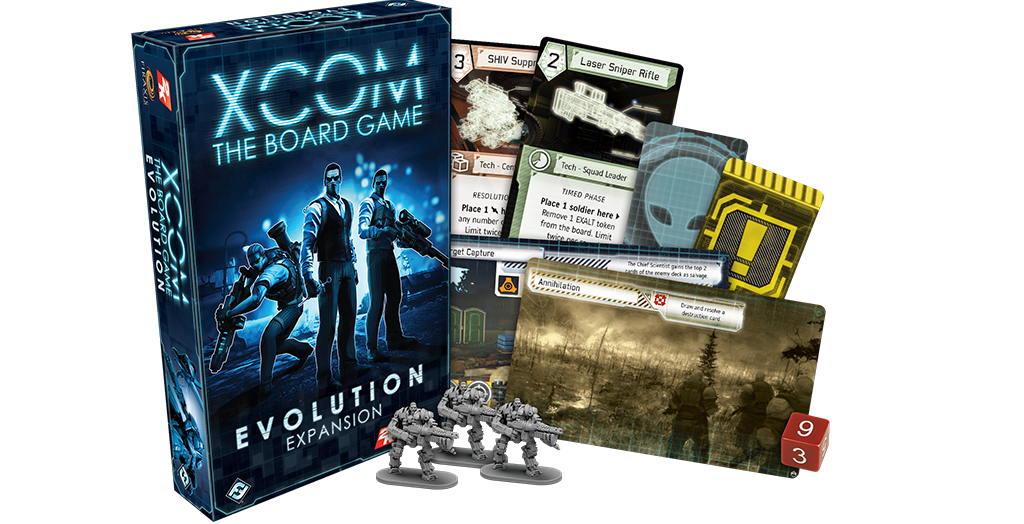 Paul: Quinns, help me with these sandbags, the Fantasy Flight news is still flooding in and we’ll drown in it if we don’t do something soon! They’re only releasing an expansion for the XCOM board game, too! Just like the base game, It’s Us or Them takes very direct inspiration from an expansion to the popular 2012 video game, introducing its same shady human EXALT faction, who are determined to make XCOM’s job much harder. As well as more trials to face, new biomechanical enhancements mean there are more tools to face them with. The thing is… I’m not sure if this adds any hugely exciting new ideas to the game or just a few extra complications. I’m both holding back the waters and holding off getting excited about this.

Quinns: I tell you what you CAN be excited about, Paul, and that’s Jabba the Hutt coming to Imperial Assault!

Paul: Okay, that is pretty good! 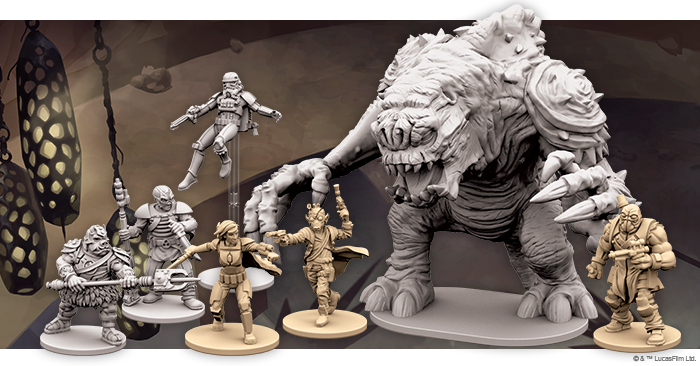 Quinns: Jabba’s Realm is the next big box expansion for Imperial Assault, and will introduce everyone’s favourite space slug, along with a new campaign, lots of strange characters, weird jet troopers, a gaping Sarlacc pit, even the Rancor monster. A big tiny Rancor! Now that’s an expansion.

Paul: I can get behind something that lets you kick people into a giant sand sphincter and, hey, here’s a little Paul Life Trivia: I once saw the guy who played the Rancor keeper on a train leaving London. I saw a person I had the action figure of! I didn’t say anything, though. He was drinking wine.

Quinns: He was probably still sad about the death of his pet. 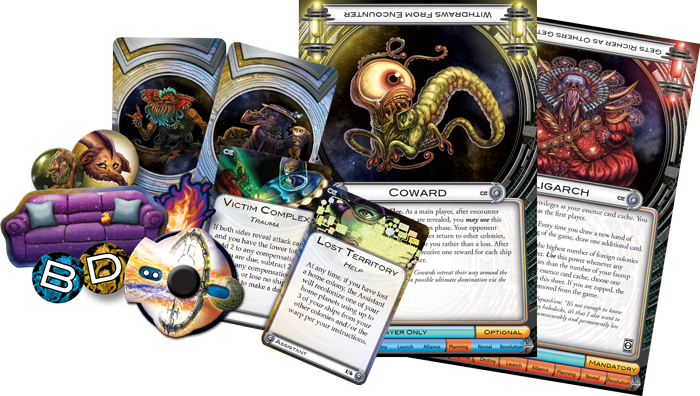 Paul: If only he’d heard the news of Cosmic Eons, ANOTHER EXPANSION OH MY GOD I am actually going to die make my gravestone right now. Cosmic Eons makes Cosmic Encounter even larger. Of course it introduces even more aliens, of course it does, but it also adds a new game variant involving “hidden alliances”, where players don’t reveal whether they’re joining the offense or defense until the last second. Suddenly, every meeting between races becomes all the more unclear.

There are also six alien races able to hand out Essence cards are special cards that might be rewards or penalties, adding even more chaos to an already messy galaxy. This does actually look pretty neat and I really do like the idea that one of the new races doesn’t even have any planets, it just has a…

Quinns: SPACE COUCH. That it camps out on. All this continued support for original Cosmic makes me look at upcoming Game of Thrones cosmic encounter spinoff game, The Iron Throne, and pull a confused face. How could anyone not choose the insanity of an entire galaxy, replete with six expansions, because they want a card with Tyrion’s face on it? I just drank the rest of my tea in a fugue state, Paul. But this is why FFG publish board games, not me! I bet lots of people are going to be introduced to the joys of Cosmic via The Iron Throne.

A cry went up across the internet when Cosmic Eons was announced, by the way. You wouldn’t know this, Paul, but after the fifth expansion the Cosmic Box is full. What are we supposed to do with a sixth?! I suspect I’m going to cram it in and content myself with a lid that doesn’t fully shut, as if Cosmic Encounter were to begin dribbling out of the box at any moment. 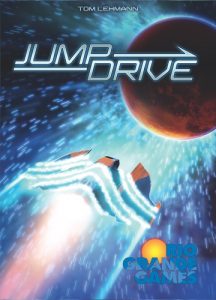 ANYWAY! Paul, worry not, it turns out that other publishers do still exist. Rio Grande, for example! Remember them? They’ve just announced a new Race for the Galaxy spinoff game to join Roll for the Galaxy (which you were such a fan of) and Alien Artifacts (which we were lukewarm on). The pitch for Jump Drive is “simpler rules and a faster game.” Could this be the ideal game for getting people hooked on the superb games Race for the Galaxy and Roll for the Galaxy? I’ve said galaxy altogether too much. It makes no sense now. Galaxy galaxy galaxy.

Finally, finally, Ars Technica has an exhaustive roundup of the “hottest games at Gen Con,” covering a fair few games we’ve yet to touch on. Star Trek Ascendancy, Cry Havoc and Colony, for starters. There’s also The Last Friday in there, which we tried to get a review copy of but the publishers were either actually sold out, or just “sold out”, as in the thing you say when reviewers you don’t recognise come around and ask for free games. 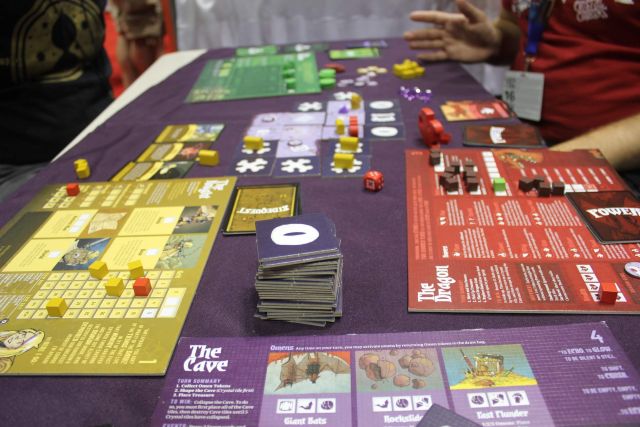 Paul: Maybe the most exciting surprise in that article is Vast, a Kickstarter game where four players each play either an adventurer, a dragon, the goblins and even the cave itself in a mad scramble where everyone has a different victory condition.

Oh oh oh, and while I still have my head above water, there was this one other thing you wanted us to post… Thank you to SU&SD reader Andrew Clarkson for sending in this board game rap, all of it performed in one impassioned and increasingly red-faced take, as any true professional would. I hope this inspires more board game-related poetry and exaltation.

Quinns: Paul, the water level’s almost at the ceiling! It was an honour serving with you… 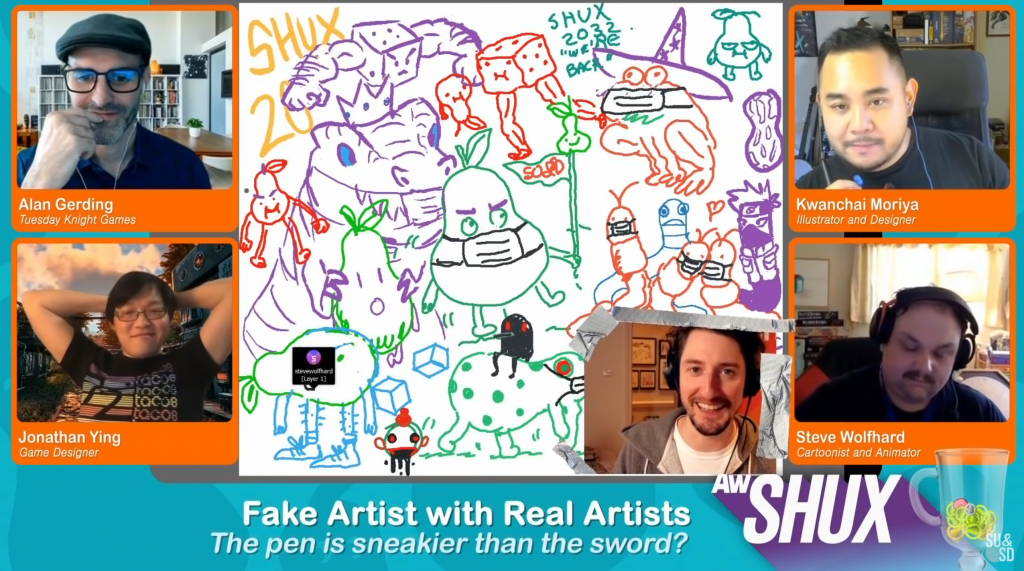 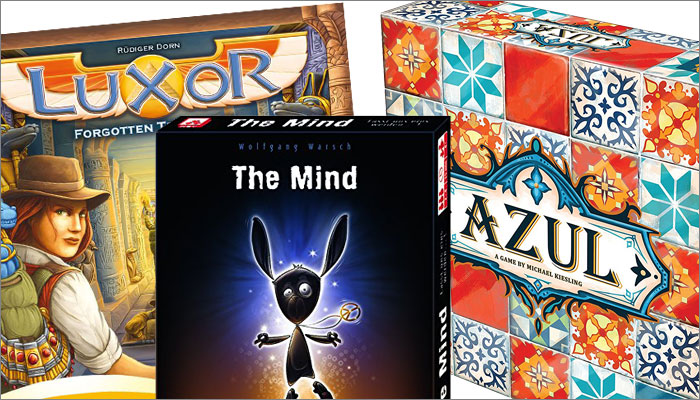