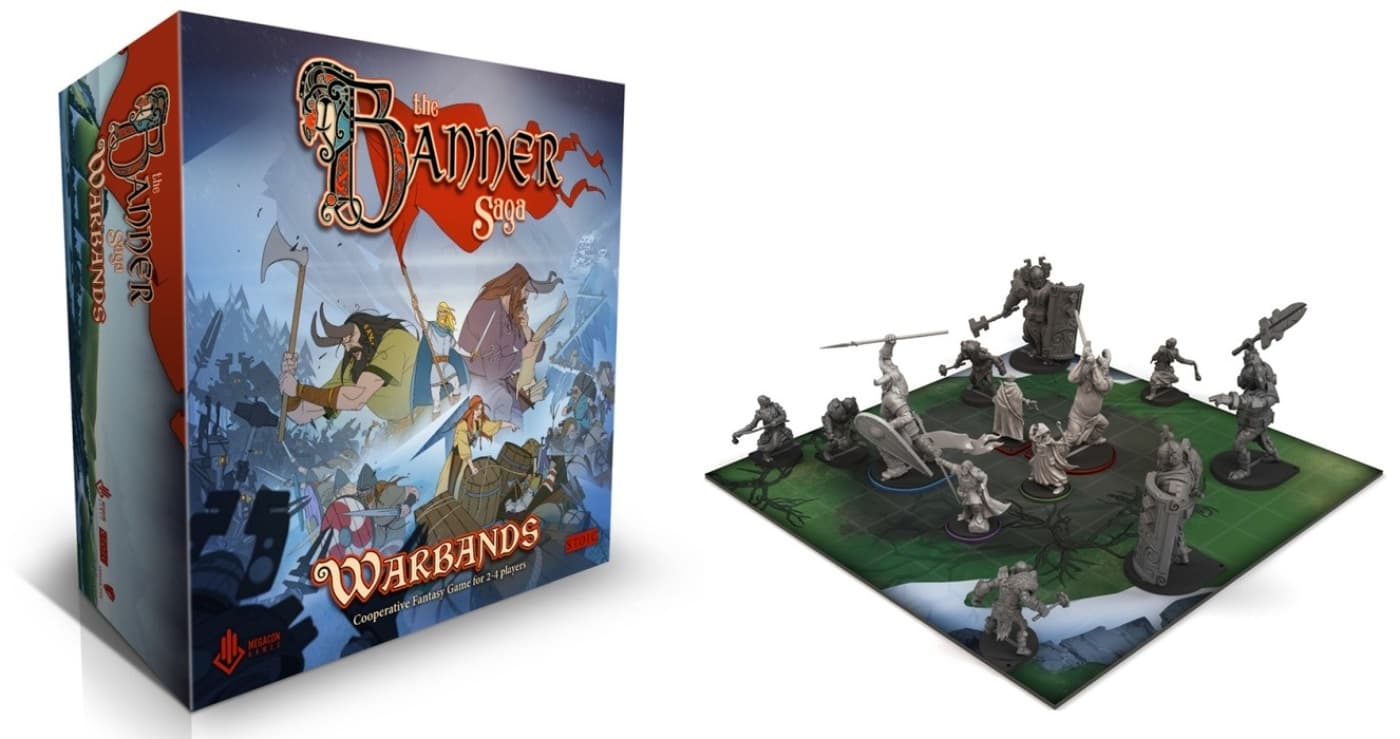 In these tricksy days of The Resistance, Ultimate Werewolf, Mafia de Cuba, Spyfall and Coup, I’m realising that One Night Werewolf is probably the hidden role game I like the most. That makes me tentatively excited for One Night Vampire, which this week has a new, fun design diary up.

The theme this time around is that players will all give one another “marks” but no-one will have any idea where they came from. So you might wake up with an Assassin’s Mark in front of you, marked for death, which is both a funny clue to what’s going on AND a kind of secondary role for you to receive and enjoy.

And of course, One Night Vampire can be mixed with One Night Werewolf in a new “epic” game featuring teams of vampires, werewolves and villagers, all at once. Total bedlam. I can’t wait!

It’s the simplest thing. A series of “Cave Boards” are put on the table, as well as a crap-ton of face-down tiles. As in Galaxy Trucker, players then use one hand to take tiles, look at them, and put them face-down on any cave. These tiles can be gems (great!) dynamite (these multiply gems! great!) and monsters (these remove gems), and at any point you want to claim a cave, you can put one of your three miniatures on it. And all this happens with no turns, creating a mad scramble of risk/reward.

Here’s the kicker: Not only do you want a cave to grow as fat as possible before claiming it, if there’s three or more dynamite on a cave, it explodes and is worth nothing. 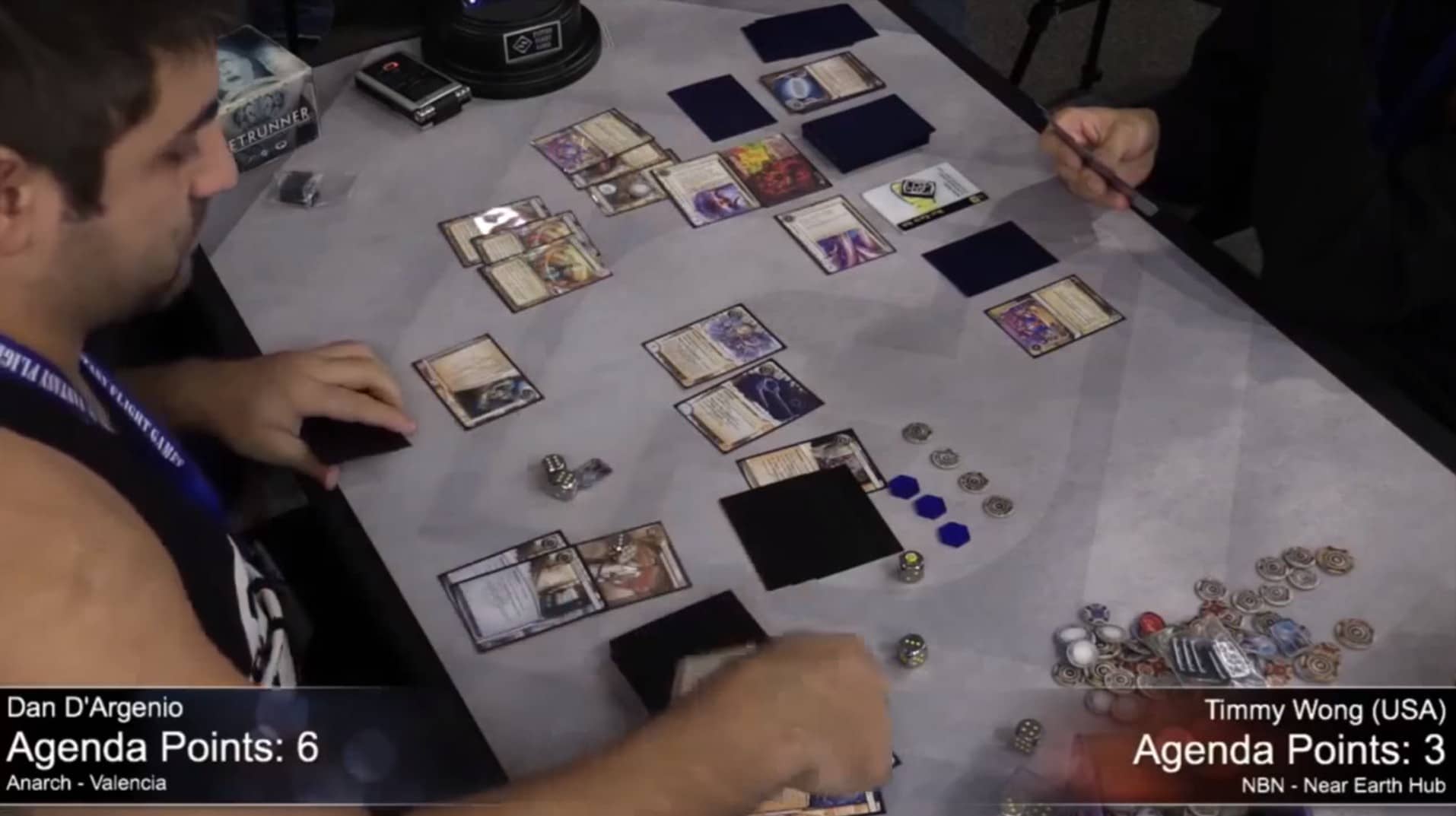 Ordinarily I’d never get this deep into Netrunner, but I’m posting about this because Paul told me to.

Reigning World Champion Dan D’Argenio was among the raft who people who brought a new, relatively loathed deck to Worlds, and ended up winning with it. “Data Leak Reversal Valencia” involves letting the corporation know where you are, using a network of Fall Guys and Wireless Net Pavilions so they can’t hurt you personally, and then obliterating their R&D with a Data Leak.

Which is a story that’s a lot of fun to type, but I encountered a lot of people over the weekend complaining about it because it supposedly allows a runner to win without running very much. Both you and your opponent are “playing the game” a little less.

Paul get very excited at what happened next. When a thread on how to beat this legendary new deck went up on Netrunner’s reddit board, the most upvoted reply was none other than Mr. D’Argenio himself. Not only was he perfectly happy to outline how to beat the deck, he pointed out that it wasn’t that effective on the day.

The Netrunner meta’s as healthy as it’s ever been, everybody! Stand down. 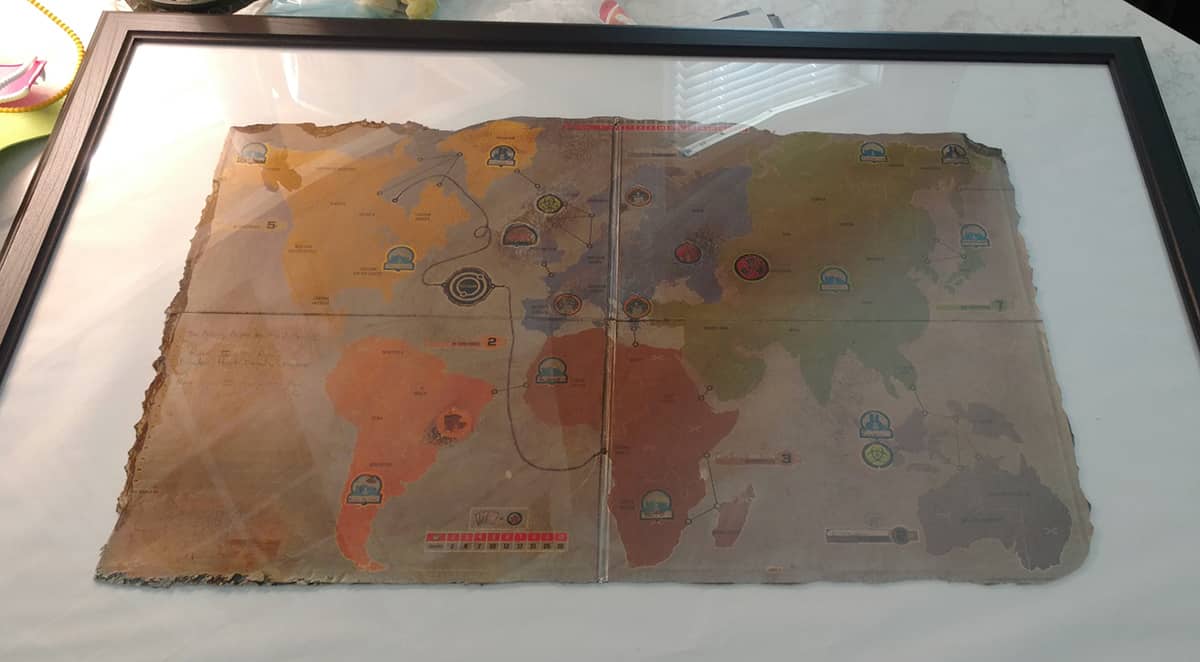 Here’s another Reddit find. I absolutely love this. A proud owner of Risk Legacy has stripped the paper from their campaign’s board, sanded the edges, and stained it to produce the above incredible memento. Click on it to see it bigger! Revel in that detailing!

It makes me want to do the same to our Pandemic Legacy board, but I know it’ll end up like something a toddler would bring home from school.

Maybe I’ll give it a shot anyway, eh?

Finally, we have the story from our header image! Excellent, atmospheric video game The Banner Saga is being Kickstarted as a co-operative, tactical miniatures game, and has quickly raked in more than $100,000.

I’ve got mixed feelings on this one. On the one hand, travelling across a map and discussing tactical and ethical quandaries as a team sounds fun, as does each player managing a different part of the expedition.

On the other hand, it was precisely because I’ve played so many tactical miniatures games that I was disappointed by the grid-based combat in the Banner Saga. So the idea of playing it again in physical form (and doing all the book-keeping myself) doesn’t appeal a great deal.

If you like the look of this one, I’d probably encourage you to play the video game first. If your enthusiasm is still piping hot once you’ve finished it, I’d back this Kickstarter.