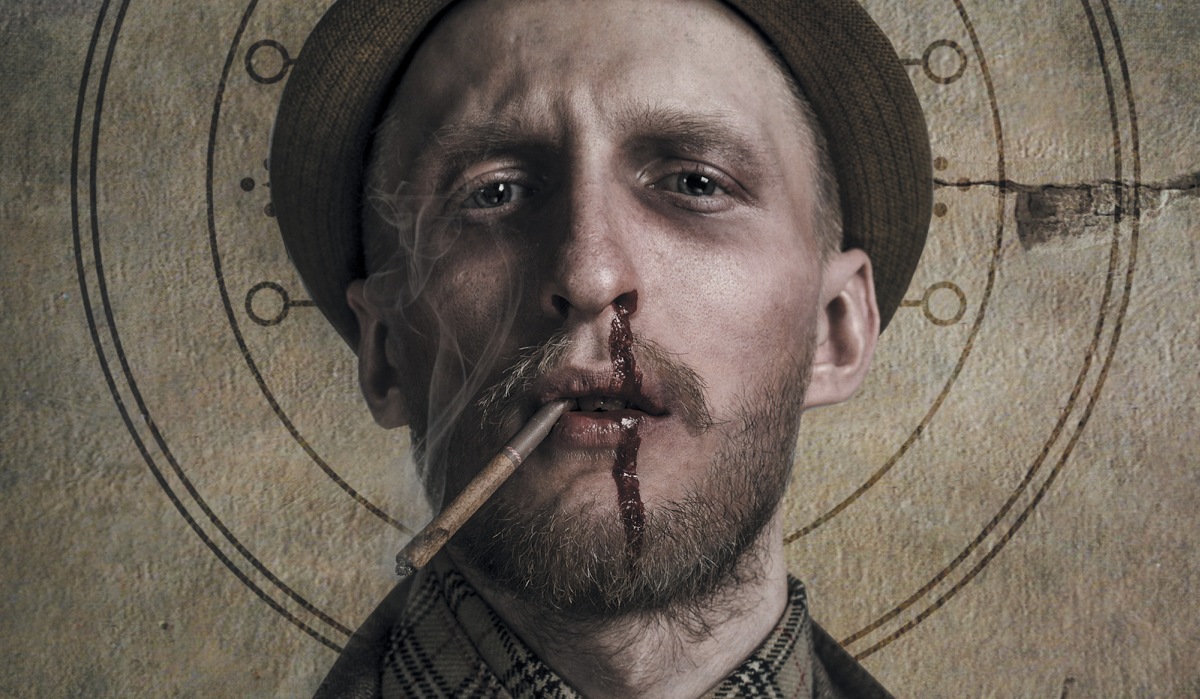 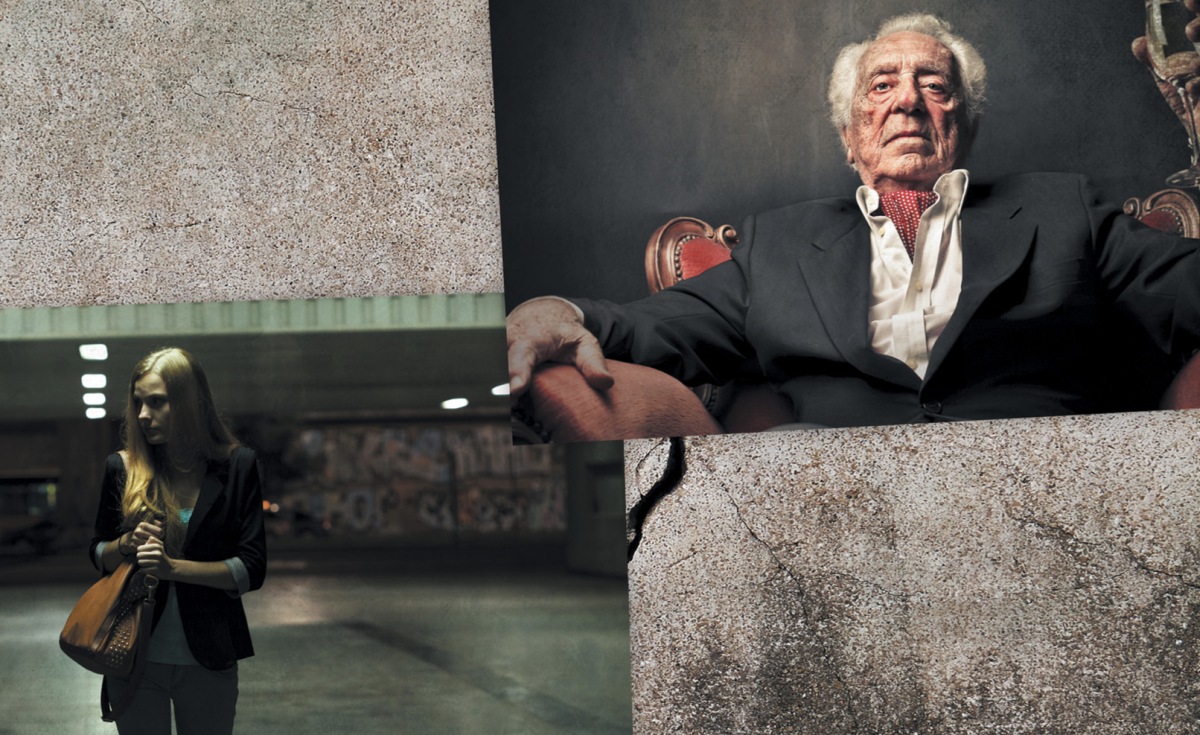 The fundamental theory of Unknown Armies is that there is and always has been an omnipontent group of up to 333 people who shape the destiny of the world. These people are individuals so dedicated to certain attitudes that they have become archetypes: the Explorer. The Hacker. The Firebrand. The Mother. The Fool. Past examples include Gandhi, Joan of Arc, Shakespeare, and Cleopatra.

Now we’ve got… well… it looks like Donald Trump, Margaret Atwood, Malala Yousafzai, and Beyoncé. If you can somehow manage to out-deal Trump, or out-slay Beyoncé, or become the best Rebel, Executioner, or Opportunist currently on Earth (without getting killed by followers of whoever else aspires to the title) you could become one of the 333. 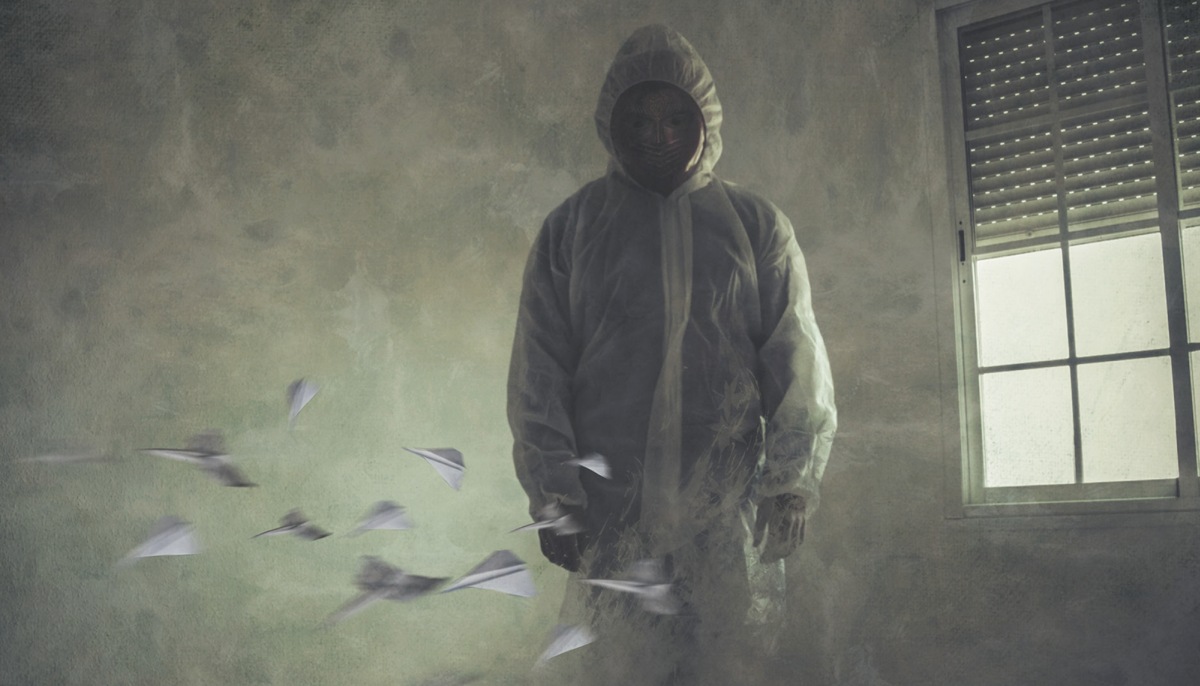 You can have magic, too. Magic based on photography, pain, fake news, snakes, cars, or whatever your character obsesses over. Engross yourself in enough Game of Thrones and you could will a murderous Maisie Williams into existence. Get drunk enough for long enough and you might make the world operate according to your blurry, intoxicated logic. Design the next best firearm and become bulletproof for the rest of your life.

Or just start off living a normal, daylight life. Be a tax advisor or dance instructor or smartphone thief who likes rock climbing or League of Legends. Don’t worry, you will still get caught up in a violent conflict between islamophobic U.S. senators and porn-industry feminists by asking exactly the wrong question in the right internet forum at the wrong time.

You see, in Unknown Armies, the people at the top of the food chain –– like CEOs and celebrities –– inevitably descend into poverty or madness. Seemingly downtrodden people like corner dealers and homeless veterans often pull the strings. If you’re in the middle, well, you’re still in the middle of a massive battle, even if you don’t know it yet. No one stays “normal” in this game for long. 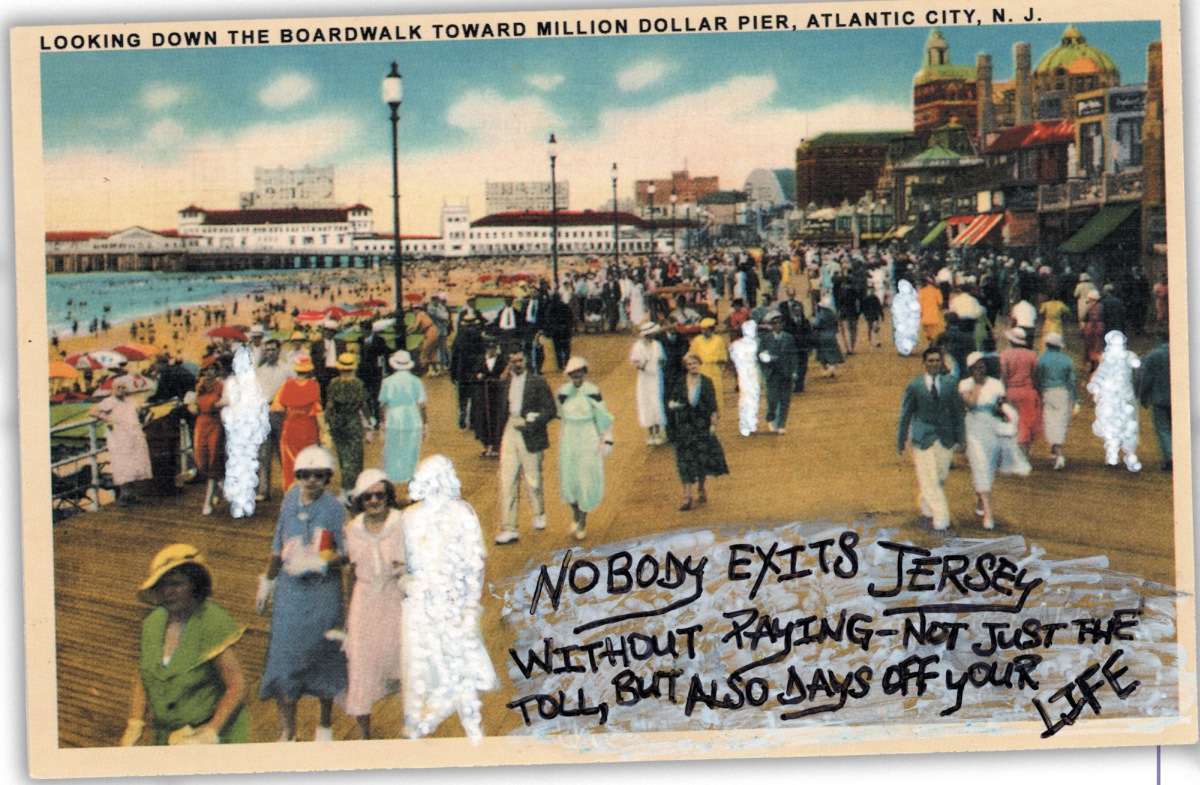 How your character tries to “fix” this world is up to you. A campaign in this unpretty sandbox starts off with the group determining a (theoretically) achievable objective. Maybe you want to hack your ex boyfriend’s LinkedIn page, or explore that abandoned power substation, or figure out who is kidnapping Indigenous women.

However innocent, that objective will lead to something larger and worse: sadistic magic, stalking demons, blackmail, torture, enemies. Before you know it, you could be sabotaging the next summit of the G8. And you’ll begin to lose your sanity. Unknown Armies is about psychological trauma and stress, whether it takes the form of getting shot at in your hotel room or seeing your mother’s critical face when you look in the mirror. It wants to wear down your character’s fitness, health, stability, and morals, to drive them irreparably insane. You have to fight that. While trying to change the world.

But your group will get to define the world, too. The setting created for you by the game is global, not local, and part of character creation is building that local web of people, places, and lies that you find interesting, all of it hyperlinked to the ancient lore, cruel magic, and power struggles of the 333. Our adventures took place in the abandoned construction sites, murky water fountains, and grungy casinos of Vancouver. Yours could be in New Delhi, New Jersey, Paris, or Paris, Texas (both a real town where a new third party supplement is set and a 1984 film staring the late Harry Dean Stanton).

And therein lies the essence of my passion for this game: transforming the beautiful and brutal city where I now live into a landscape full of ghosts, conspiracies, and secrets known only to my cabal. 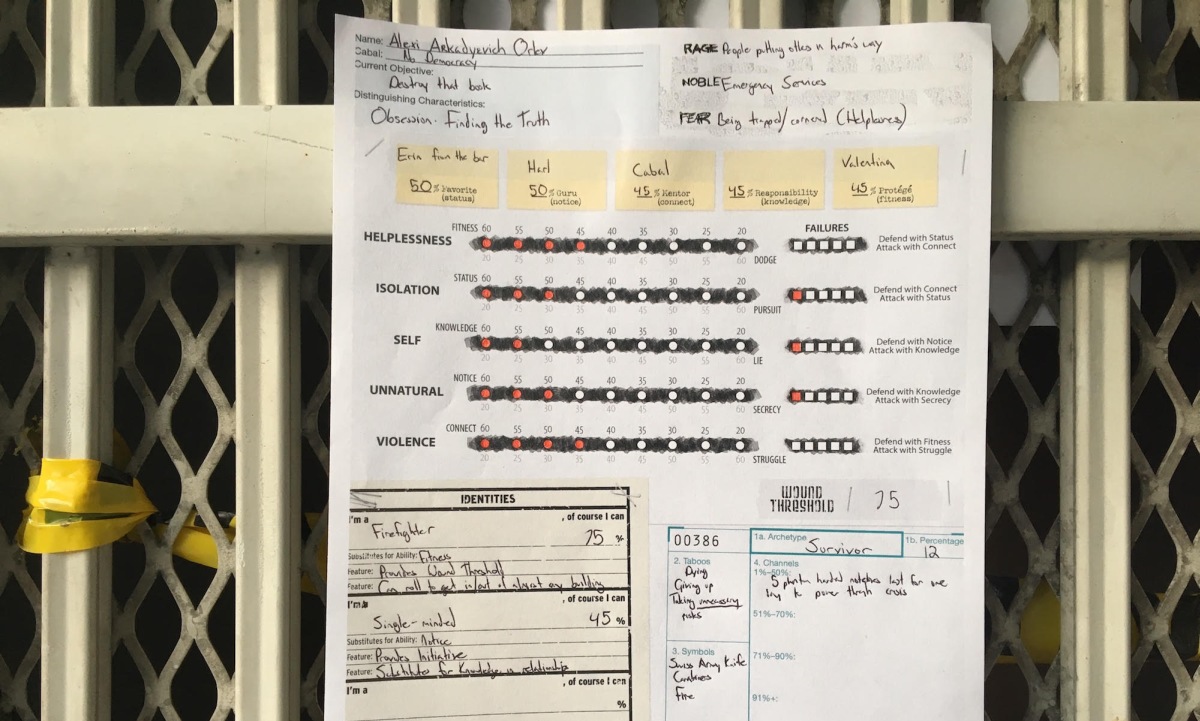 What about the mechanics under the hood? The core engine of Unknown Armies is a basic percentile system. Your character gets ten skills, three passions, one obsession, maybe a school of magic, and a handful of identities and relationships tied to those skills. For most tests, you pass by rolling under the percentile you have in a given skill. You succeed or you fail forward and the action keeps moving.

This isn’t just any engine, though. This is a horror engine. Its pistons are five “meters,” each representing a source of trauma: sense of self, experience of the unnatural, physical violence, isolation, helplessness. Whenever some trauma threatens one of your character’s meters, you roll a stress test. Pass, and you fill in, or “harden” another notch on that meter, and get better at handling those kinds of stress. Fail, and you get one step closer to paranoia, delusions, addiction, or some other mental illness. But even if your character totally loses their sense of self and decides they’re Princess Diana reincarnated*, they’ll stay in the game. 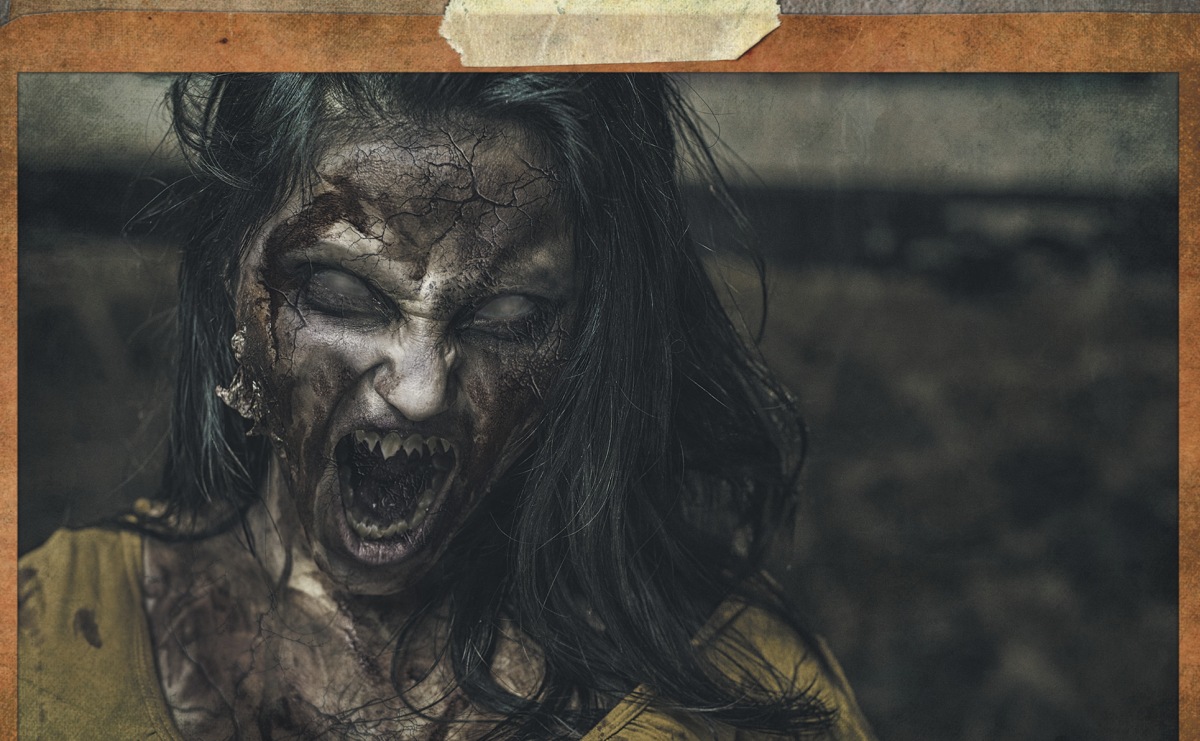 Those meters also happen to be the source of your skills. The fewer notches you have filled in on them, the better you are at connecting with people, being physically fit, or noticing what’s in plain sight. More notches make you better at things like telling lies, perceiving secrets, and physically fighting. The better you get at lying and sneaking, the worse your status, fitness, and ability to connect. This is what I meant about no one staying “normal.” Your character may start off healthy and down-to-earth, but they’ll inevitably become a citizen of the occult. Maybe a political heavyweight with dirty hands, maybe a well-intentioned serial murderer, maybe just the unwashed person no one wants to sit near on the bus.

This uncanny roleplaying engine works so well at the table that, ironically, I’ve never felt so at ease with a dice system before. It the passes what I think is the hardest test for game mechanics that there is: our player with barely any RPG experience quickly inhaled the basic rules and then started ferociously playing. She was fine. Great, even. Jump right in. The water’s fine.

But there are knots in the wood. Getting Unknown Armies up on its feet wasn’t easy for me. I wasn’t fretting over fiddly combat mechanics or endless NPC stats (thankfully), but shaping our initial adventures and grounding the Unknown Armies setting down in Vancouver, doing all that reality-game hyperlinking, took some serious work. At times I felt out of my narrative-constructing depth, but building sessions did gradually get easier as the campaign progressed. I’d certainly run another campaign, and next time, I’d do it better. Basically, I wouldn’t use Unknown Armies to launch your career as a GM unless you take to story and world building like salmon to an ice-cold stream. It’s not paint-by-numbers. You’re given the colors and tools, but the painting itself is all you and your group.

Moreover, you’re not going to be painting happy little RPG mini-campaigns or one-offs with Unknown Armies. I think you need five or six sessions just to get started. And that’s okay, because you won’t run out of material. Your characters will always have some new dark alleyway to explore. But to do more than get your feet wet, to start summoning trains that go literally to hell, or to figure out what the Data Freedom Foundation really wants, or to join the all-powerful 333, you should commit to this game for months of sessions. That’s true for many RPGs, but it’s especially true here.

Let’s talk also about the game’s books, which are eminently readable. You can randomly open one to discover unnatural clean-up entities called Surgical Teams, the cannibalistic Ordo Corpulentis, and how to brainwash someone by feeding them Coq au Vin, all in a frank, colloquial, almost confrontational authorial voice. But the books aren’t very well organized, and they really aren’t cheap. The physical, hardcover set costs over $100, and ALL THREE BOOKS are totally necessary for running the game. If I earned more than it took to eat and pay rent, I’d buy them: I think they’re beautifully done, and I can’t stop looking at the art photographs inside (photos Quinns does not love, so there you go).

Quinns: Just to chime in here… No, I don’t love the photos. These books are a treasury of ideas, yet the photos make me feel like I’m flipping through CD covers in the 1990s.

But what I should also add (as the one out of the two of us who owns the physical version) is that I love it anyway. The deluxe set, pictured below, has a magnetic slipcase that folds out into a GM screen, which adds a compactness to the game’s sprawling creativity. It’s a really nice product. 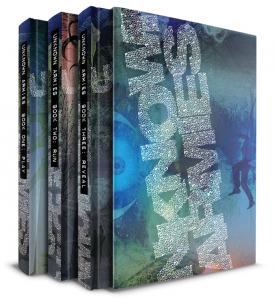 Cynthia: I bet it is. Thanks Quinns!

The thing is, I recommend Unknown Armies strongly, in spite of my difficulties, because it gets to the heart of why we play RPGs in the first place: you can be someone you aren’t, you can do things impossible in your everyday life, and you can explore a terrifying unnatural unknown alongside your friends, all of you gradually losing your grip. Then, it offers more freedom than Trail of Cthulhu, a longer arc than Ten Candles, and more psychology than Numenera or Dungeons and Dragons. It’s a solid next move after any of those.

I can’t end on a note of psychological horror, though, because this game is actually responsible for one of the funniest RPG sessions I’ve experienced, and I still can’t exactly say why. But I think it’s important to remember when deciding what to play next that, ultimately, even the scariest horror games are still games. Still fun. Still joy. In this corrupt world full of inequality, abuse, unaffordable housing, loneliness, and an unpleasant likelihood of nuclear war… exploring the horrors of the world and confronting or controlling them in a game like Unknown Armies is cathartic. Maybe even (and here’s the cliché) a form of light.

*Of course who’s going to say they’re not? 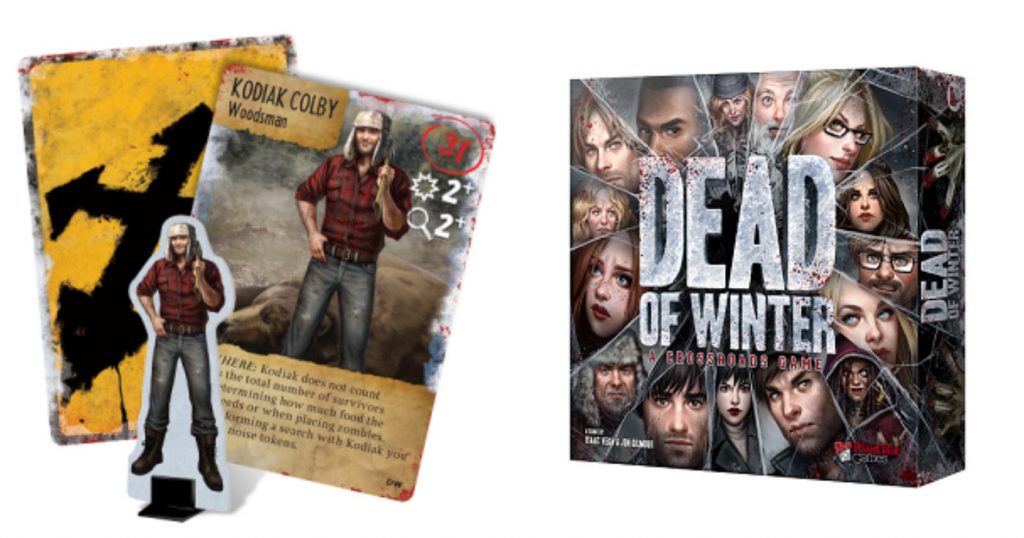 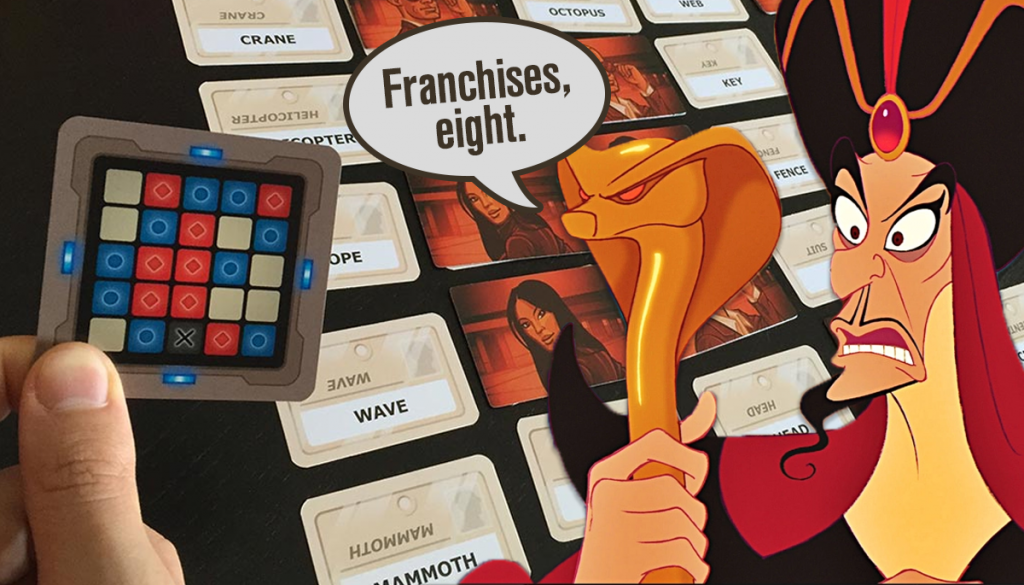