Quinns: Today’s Games News is brought to you by this endless remix of the BBC News 24 theme, which I’ll be listening to throughout. At the time of writing my friend Alex, who works at the Guardian, has been listening to it for about 40 minutes. “At 28:44 you may experience a feeling of oneness with journalism,” he warns me. “It is a lie.” Everyone who is similarly mad can join me by following that first link.

NOW, our first order of business is to bring “…and then we held hands…” to everyone’s attention. This is a print’n’play game jam project that imagines two players as a couple, struggling through a failing relationship. Imagine a heartbreaking Hanabi where instead of managing a firework display, you’re navigating the metaphorical fireworks of two lovers arguing in an apartment.

There’s so much that’s interesting about this. The two players can’t talk. They can only see half of their “emotion” cards, with the rest visible to their partner. Slowly, and entirely silently across 20 minutes, the players struggle to achieve the emotional state their character needs, ultimately trying to reach the centre of the board together. Fail, and you break up.

Which is at once interesting, and not quite as gripping as that killer theme behind it. Lovers arguing? I remember hearing Tom Vasel talk about how there aren’t enough board games with food as a theme, because food is this universal love that all humans share. For me, as board games continue to grow in popularity, I’m looking forward to more games about relationships. Not only is it something we all share, but it has the chance to let the flesh’n’blood players at the table share something special.

Which totally reminds me! If you guys haven’t had a little read about Elizabeth Sampat’s Deadbolt, which sounds like the single most intense game ever made, you should have a read about the cryptic little thing. 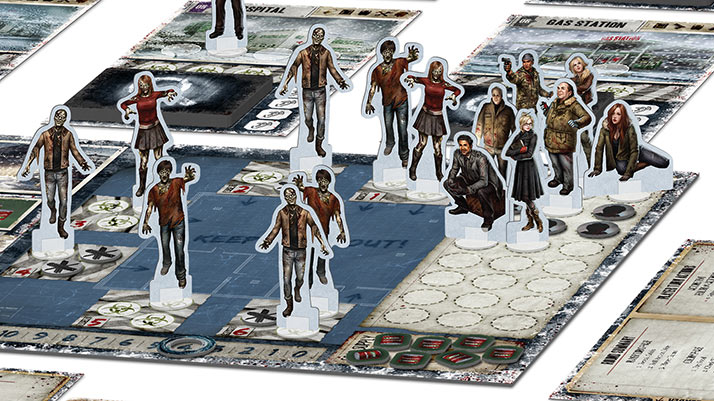 Another upcoming game to feature grubby humans having cold, grubby sex is zombie fragile alliance simulator Dead of Winter, which has enjoyed a whole series of preview articles since we saw it last, including the rules being made available for download.

The $39.95 reduced pre-order price for this one is starting to look better and better. Terrible lies threading over a board covered with generous art? This could be one of the releases of the year.

17 minutes into the BBC News 24 theme right now. I feel like I’m squatting on the precipice of either brilliance or madness. 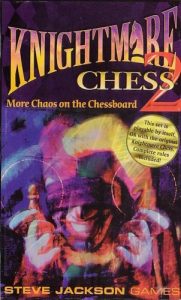 If the reader would care to look to my left on said precipice, they’ll almost certainly see a few boxes of Knightmare Chess, teetering in these stinking winds. This week Steve Jackson Games has announced it will be reprinting this entirely mad box, once again adding 158 individually-illustrated one-shot power cards to Chess later this year.

Let me just run you through a couple of them. “CRACK OF DOOM: Choose an eight-square-long straight crack appears. No pieces may cross this crack until another Ongoing card is played.” Or perhaps you’d prefer “OFFICIAL VISIT: The two kings swap places, provided neither of them is in check.”

It’s bonkers, and the card galleries alone make for entertaining reading. If it’s fun just to read about Knightmare Chess, then surely it’d be fun to play? Surely. Is this music somehow stripping me of my senses? Am I… changing? I must press on. What if I listen to this music for too long, and cannot change back? 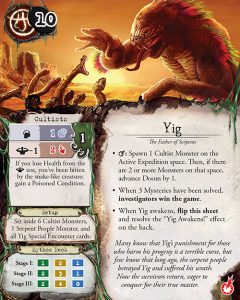 Fantasy Flight has wasted no time in announcing the first expansion for Eldritch Horror (brave investigators can find our review here). Titled Forsaken Lore, it continuing a trend of Lovecraft releases that sound like they were titled using a random name generator. Elder Horror: Forbidden Mansion. Arkham Madness: The Sign at the Gate. Forgotten Omens: The Keeper of Doom.

Eldritch Horror did seem a touch light on cards when we played it, and it sounds like Forsaken Lore will be just the ticket to fatten in up. This box will add over 200 new cards to the game, as well as a new Old One to battle across the globe.

But it’s the big box expansions we’re all waiting for, I should think. Arkham Horror bolted whole new boards onto the board. When that board is The World, though, what do you add? I’m expecting other dimensions, but I’d be really excited if they followed the path of the first Pandemic expansion, letting somebody play the bad guys.

50 minutes into this BBC remix now. Starting to feel a little sick. Also, scared to take my headphones off. What if I do and the music keeps going? No. Better to keep the headphones on, where it’s safe. 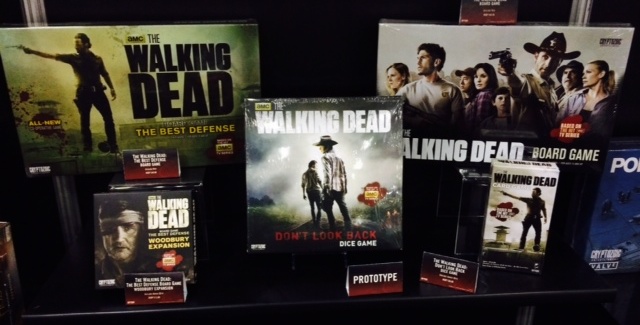 This is Cryptozoic’s 2014 lineup. See the game on the far right? “PO,” you declare. “What’s so exciting about a game called PO? Stop wasting my time!”

No, listen to me! Please! That’s Cryptozoic’s recently announced Portal board game, designed by Valve, the same people that made the hit video game. Yes. See how you were wrong to doubt me? Like the powerful kettle drums of the BBC News 24 soundtrack, I will tell you no lies. 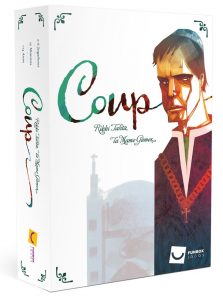 SU&SD fan Michael Dolan asked us a question this week. “Have you seen the Brazilian edition of Coup (above)?” We hadn’t. But it was enough to send us down a lovely rabbit hole of comparing the original edition and the Russian version with our lovely English sci-fi edition.

It’s a nice feature of microgames I’d never thought about before- less components means more attention lavished on each one. 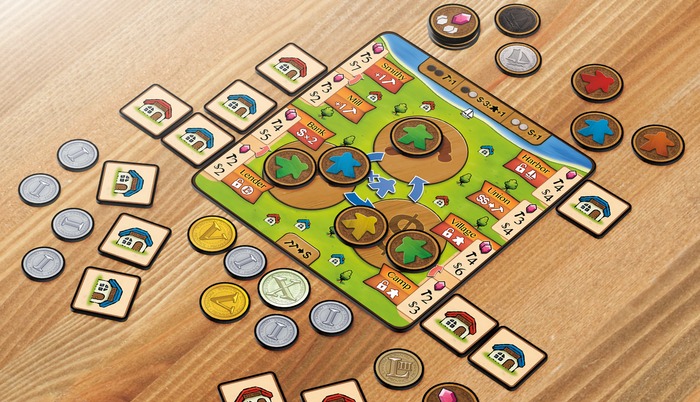 AND FINALLY, speaking of microgames, Province is a teeny Kickstarter you might be interested in. A European-style game of managing workers and developing a town, that an medium-sized basketball player could fit in the palm of their hand. It looks neat and has thundered through its Kickstarter goals, so if you’re enjoying these teeny little releases, it could be good.

I just caught myself typing in time to this sodding song. I think it’s eating my brain. Songs are the real creatures at the top of the food chain, not us.

AND DOUBLE-FINALLY! Now that our very own Matt Lees has left his job to do more SU&SD work, he’s found the time to launch a Patreon to do similarly silly video game videos.

If you’re not aware, a video game is a lot like a board game, but lonelier and with more explosions. If you enjoy lonliness and explosions, do consider poking around all the great work Matt did at his old job for VideoGamer.com and consider popping him a few dollars.