Paul: Oof, sometimes you instantly know what must surely be the best Games News announcement of the week. It’s Men At Work, the debut design from Rita Modl, illustrated by the magnificent Chris Quilliams and coming from dexterity experts (aka “dexperts”) Pretzel Games.

Flick ‘em Up was flickin’ fabulous. The co-op Flick ’em Up: Dead of Winter was supposedly excellent. Junk Art was just great. Can they do… what’s the equivalent of a hat trick but for four things?

Paul: You just made that up.

Paul: Men At Work challenges players to pile wooden girders higher and higher, gently place construction meeples on them and then delicately add little toolboxes to those meeples. Is there a danger that it will all come crashing down? Never. Anyway, the point is THEY HAVE LITTLE HELMETS. End the Games News now. We’re done.

Quinns: It looks to me like Go Cuckoo but with men. Go Men! That’s what I’ll be calling it for the time being. 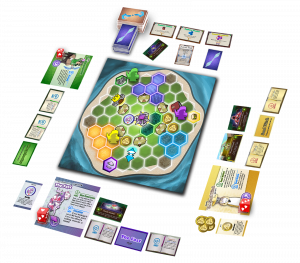 War gaming experts (aka “wargperts”) GMT have announced a fantasy title, something that has them veering away from their traditional historical roots like a cyclist being charged by a tiger.

Mystery Wizard is a huge six-player game of typically asymmetric tactics, with cards representing spells and special powers, which can be combined to produce even more powerful results. Just like real spells!

Weirder still, the box has a sense of humour. Some of the playable wizards listed on the official site are Sandra the Sand Witch, Sam the Desperado and Volcano Jones (who is “a pretty chill guy”).

Paul: No! Mystery Wizard sounds like a dating game show and I keep telling you I DON’T WANT TO DATE A WIZARD. 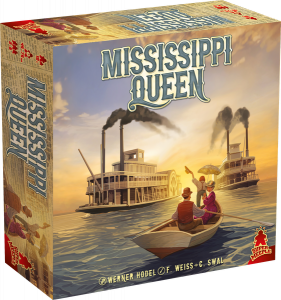 Let’s cover something more down to earth. I have news of a remake of the award-winning 1997 board game Mississippi Queen (pictured below), made anew by board game experts (aka “bexperts”) Super Meeple, who also remade Mexica (see our review of that here), Amun-Re and Attika. 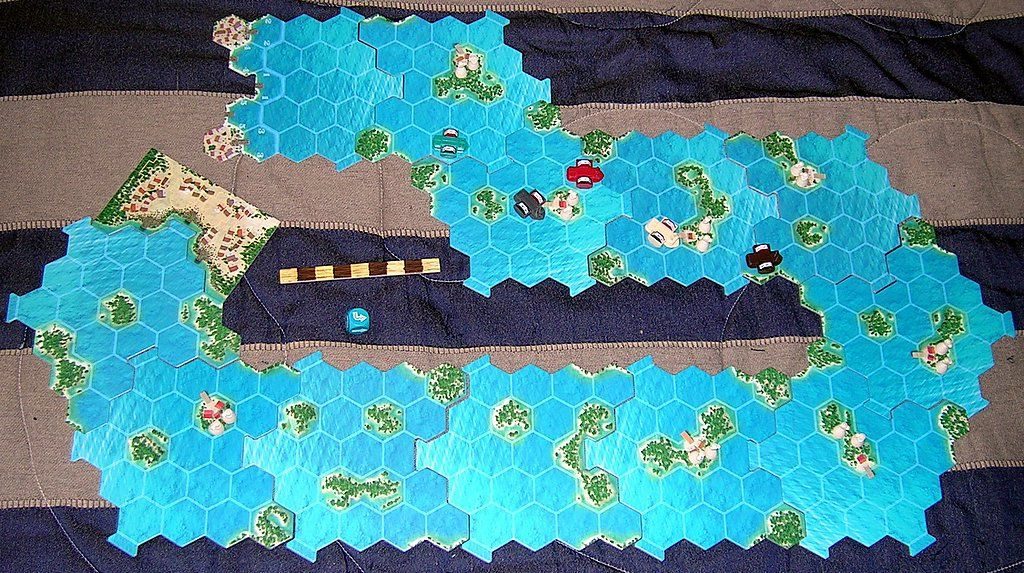 This game of paddleboat racing demands that players carefully navigate a modular river that is gradually revealed, section by section, racing their rivals to the end and collecting passengers along the way. The remake will add extra optional rules, throw the expansion in for free and give everything an impressive lick of paint.

Quinns: The expansion adds “floating logs”! There’s an eye-grabbing feature if I’ve ever seen one.

Honestly, I love what Super Meeple are doing with their beautiful restorations of classic games, and I want them to keep it up. Though I’d love it if they could sort out better UK distribution. Which is to say, any UK distribution. 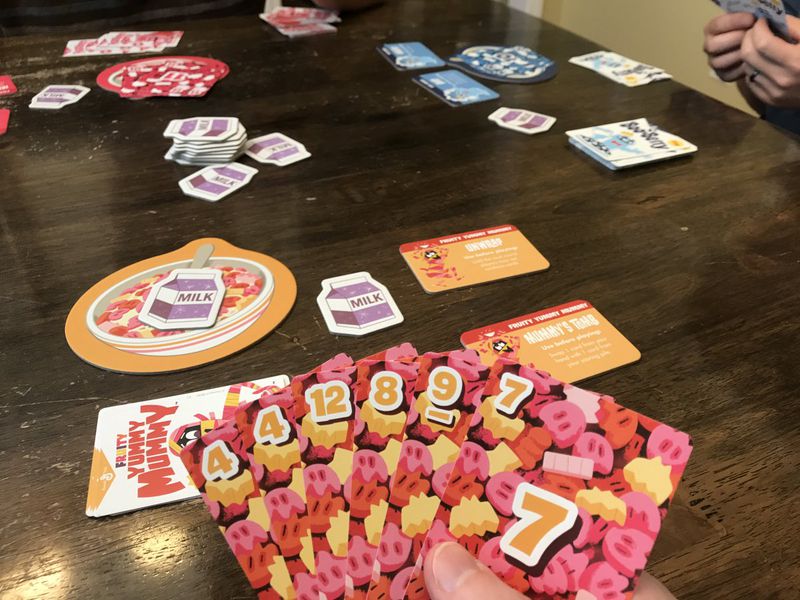 I feel a warm kinship with BoardGameGeek’s Eric Martin. He’s a man who truly loves tight, thought-provoking card games, and he’s written an exhaustive account of his time with Monster Crunch!, a card game about eating cereal and “milk management”. I like the look of it a lot.

Unusually, we can’t tell you the actual names of the designer or artist behind it. The game is made by the studio “Forrest-Pruzan Creative”, the same team behind Disney’s Villainous, which we talked about back on podcast 83, as well as Shifty-Eyed Spies, which was on episode 66. Reflecting that their games often involve a great many people working together, the studio instead simply puts out games under the moniker “Prospero Hall”. 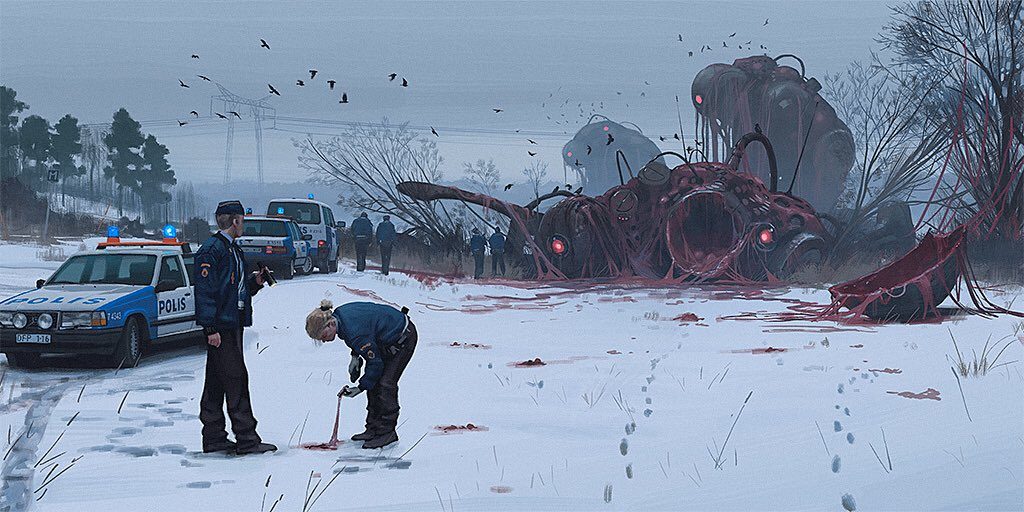 In RPG news, right here on Kickstarter we can see the money piling up in front of our very eyes as people pledge toward this standalone expansion to the enormously successful, enormously popular Tales From The Loop, from RPG experts (aka “rexperts”) Free League Publishing.

Moving the action forward to the 1990s and also advancing the characters in age, Things From the Flood features the same Simon Stålenhag art, but this time taken from his second art book. The world here is now very much more broken, with much less of a sense of wonder and, instead, a far greater sense of risk and danger.

And perhaps there will even be some awkward sex!! Whereas Tales from the Loop created a world full of childlike wonder, Things from the Flood offers a realm of teen angst. If this trend continues, in 2020 we can look forward to another expansion to this RPG based on Simon’s third art book, The Electric State, where you all play unemployed 20-somethings.

Paul: Argh, no! I had to be a teenager in the 90s and it was rubbish. Everyone was self-satisfied and only interested in being trendy. They weren’t tenacious teenagers, they were all just into the Spice Girls and failing to properly appreciate Pulp. 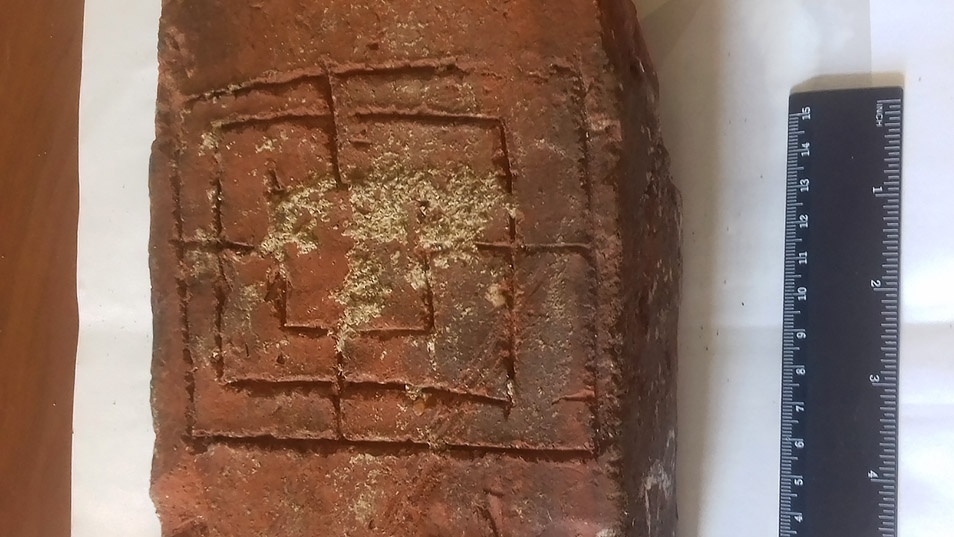 Here we have the story of a hidden version of Nine Men’s Morris that was discovered by history experts (aka “archaeologists”) etched into a tablet in Russia’s Vyborg Castle. The tablet itself was found in a crypt that had never before been discovered and which may contain a secret passageway that possibly leads right to Shut Up & Sit Down headquarters. We couldn’t possibly comment.

Quinns: This isn’t a news story! Nine Men’s Morris can be found carved into stone sculptures all over the world. I’ve personally stumbled across two morris boards in two different countries and I barely leave the house. You just have to know what they look like.

Quinns: You watch your mouth Paul Dean! I might not have a bullwhip but I own a couple of spatulas and I know right where to stick ‘em.

Paul: I’m sorry, there’s just time for me to explain that I saw this video and I don’t think I’m going to recover. Don’t ask me how I was linked to it. 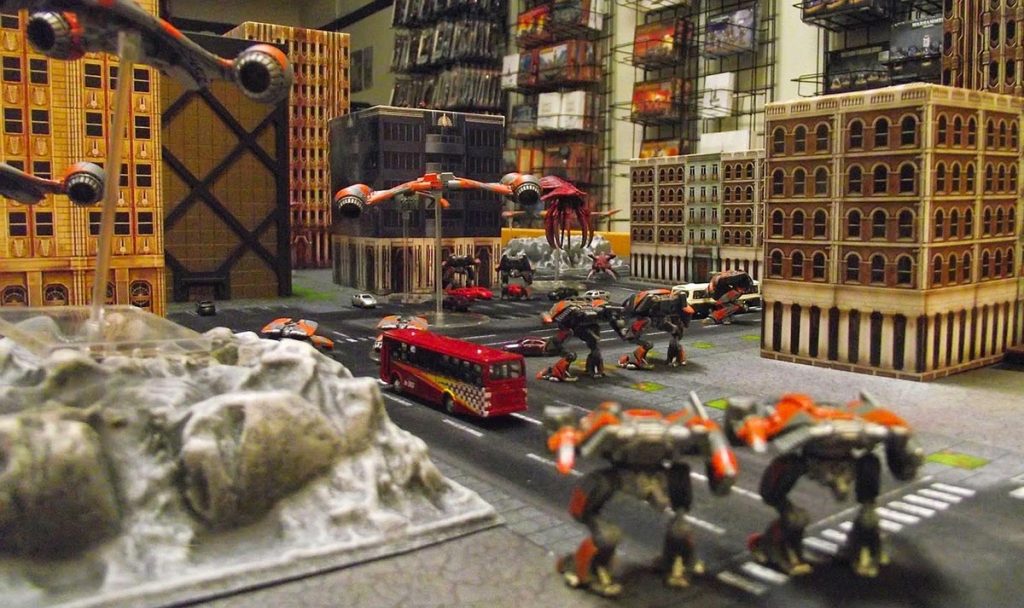