Quinns: Good morning, kiddos! Please form an orderly queue and allow me to vaccinate you against the most deadly disease of all: Ignorance.

No, wait, sorry. I had the wrong tab open. It’s ebola. Pandemic: Legacy will be arriving late this year, turning the fantastic game of disease-battling (see our review here) into a single, apocalyptic, simulated year at the Centre for Disease Control. Excited? You’re not the only one. Z-Man has already received a preposterous 50,000 pre-orders.

This week, Shut Up & Sit Down was invited to play a finished prototype of the game. An event we were wholly unable to make because Brendan got his arm stuck behind a radiator again. Instead, we left that job to the data hounds of Board Game Geek news, who’ve posted a blog on the inner-workings of this box, though you’ll find a summary below.

Here’s the box art, by the way. There’s two different boxes! At first I thought Z-Man were doing a Pokémon Red / Blue type thing with differing story elements, but apparently it’ll only be cosmetic. What IS important is the “Season 1” they’re both emblazoned with. Board games getting re-released like TV seasons? I’m in.

BGG’s blog tells us that certain cities will become more unstable after continued devastation from disease, which is no surprise. Neither are the stickers that’ll come with the game or secret “dossiers” within the box that you’ll only open mid-game, when a card tells you to.

What’s new, though, is BGG’s scoop on the characters you play. These can receive upgrades as they win a game, they can develop “relationship” traits with other players’ operatives, and if they’re in a city during an outbreak, they’ll get a “scar”. A permanent disadvantage to how they play. This might be as straightforward as refusing to go to Paris ever again, or it might be darker still.

We also now know how this co-operative game will deal with the group failing. You’ll have a chance to play that “month” (game) again, but only once before you’ll be forced to move along. Players who struggle will also receive increased government funding (letting you slot more event cards into the deck), while players who bomb happily through the early missions will find themselves playing Pandemic with no events at all. Win every mission and Pandemic Legacy offers 12 games, and if you lose every one you’ll play it 24 times. Sounds like good value for money to me.

Les Poilus (“The Hairies”) is another bleak game I’m looking forward to. It’s a Bleak Party! Please reach under your chair and remove the gray-coloured party hat and gluten-free cupcake I put there last night. If you cannot find your designated bleak hat, don’t worry about it. You’ll probably die soon anyway.

In Les Poilus players (again) work together against a stacked deck, this time as French infantrymen in World War 1. I’m looking over a translation of the manual right now, and it talks of players using luck and speeches to overcome missions, terrible morale and phobias.

The game itself doesn’t seem hugely complex (I’m immediately put in mind of the thematic, claustrophobic cardplay of Friday, although without the deckbuilding), but I’m in love with that theme. Most of modern table gaming can trace its routes back to 1950s wargaming, but so few games are about war, you know? 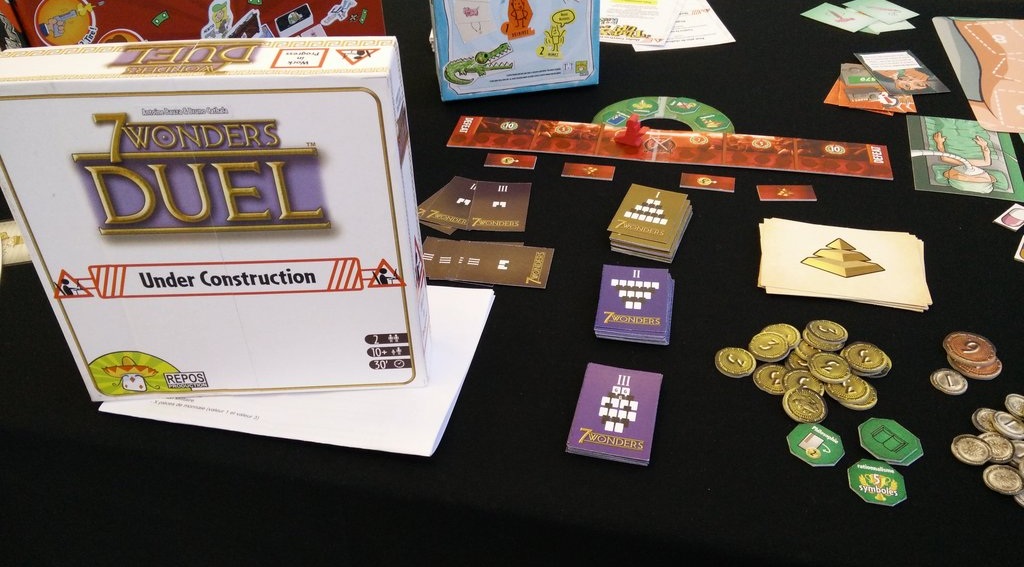 7 Wonders: Duel, a 2 player expansion for the award-winning card game of iron-age passive-aggression, is on its way! Did we mention this before? If so, it’s still on its way. Um.

I dunno, guys. At some point in the last few years Paul and I became pretty bored of 7 Wonders. I bought the Cities expansion back in 2013 and we never found a scheduling slot to review it. Then I was sent the Babel expansion last year and we were gonna review them both in Expansionanuary of this year but looking at the box filled me with ennui like helium filling a balloon: Slowly, inevitably, and accompanied by a high-pitched whine. I guess the pyramids aren’t so timeless after all.

Perhaps 7 Wonders should have chosen something some imagery with more enduring appeal, like a man running into a tree at high velocity, or cute dogs. Snow Tails‘s dog sled racing has both, and I’m thrilled to announce that the rights to this famously hard-to-find game of sled racing have been acquired by a publisher!

I love the way Snow Tails is structured. The mechanics themselves are really straightforward so everybody can quickly start racing and making mistakes, and then all the complications come from the customisable track. Narrow gulches that only one person can fit through. Forests. Jumps. Tight corners. 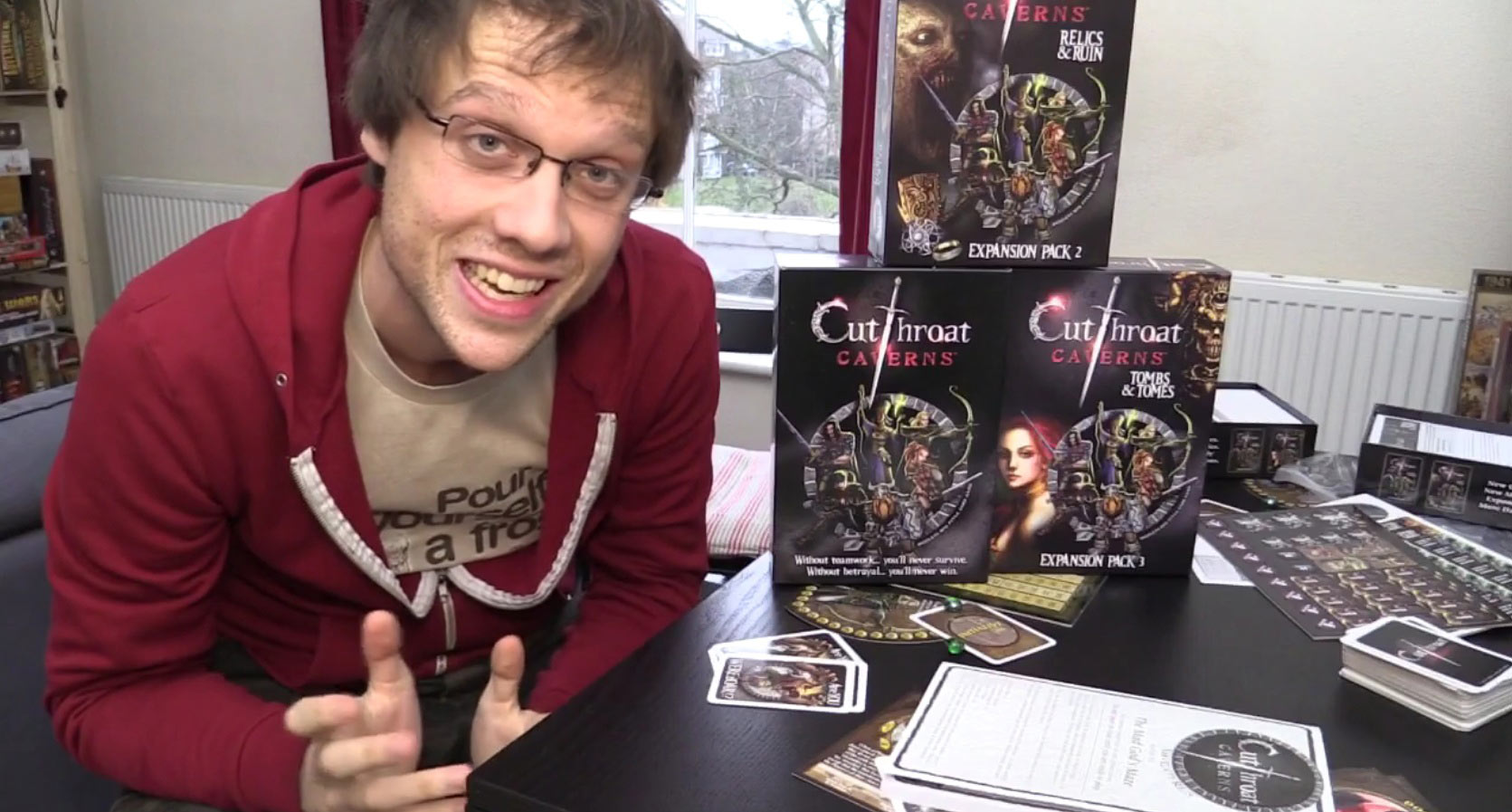 We’re also getting yet another Cutthroat Caverns expansion, following on from 2012’s “Fresh Meat” big box. We don’t even have a name for this upcoming expansion yet, which seems like it would be a useful thing to put in a press release, but what do I know.

Oh right- I know that it’ll feature more monsters, relics, an encounter with Death himself on his home turf, and a new ADVENTURE BOOK! The fabulous choose-your-own-adventure companions that turn Cutthroat Caverns from a one-hour diversion into a (terrible) two-hour movie. 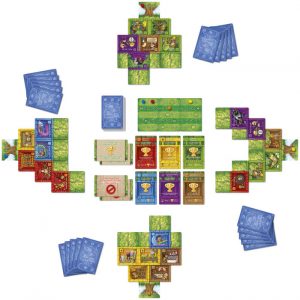 AND FINALLY, this week’s Kickstarter Korner (mind the old streamers and spilled drinks- wait, that’s no drink) is Best Treehouse Ever!

From Scott Almes, designer of Tiny Epic Kingdoms, Best Treehouse Ever tasks players with designing a functioning biological weapon using affordable scientists from third-world dictatorships. Sorry, wait, I was reading the wrong tab- it has you building the best treehouse ever, featuring everything from a waterslide to a pizzeria. No idea how it works, but doesn’t it look nice! 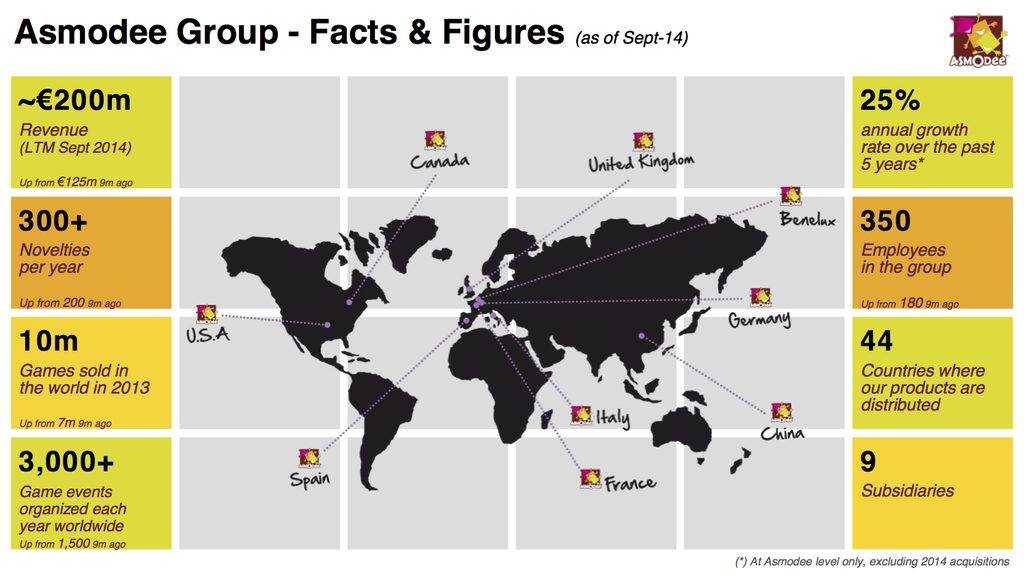