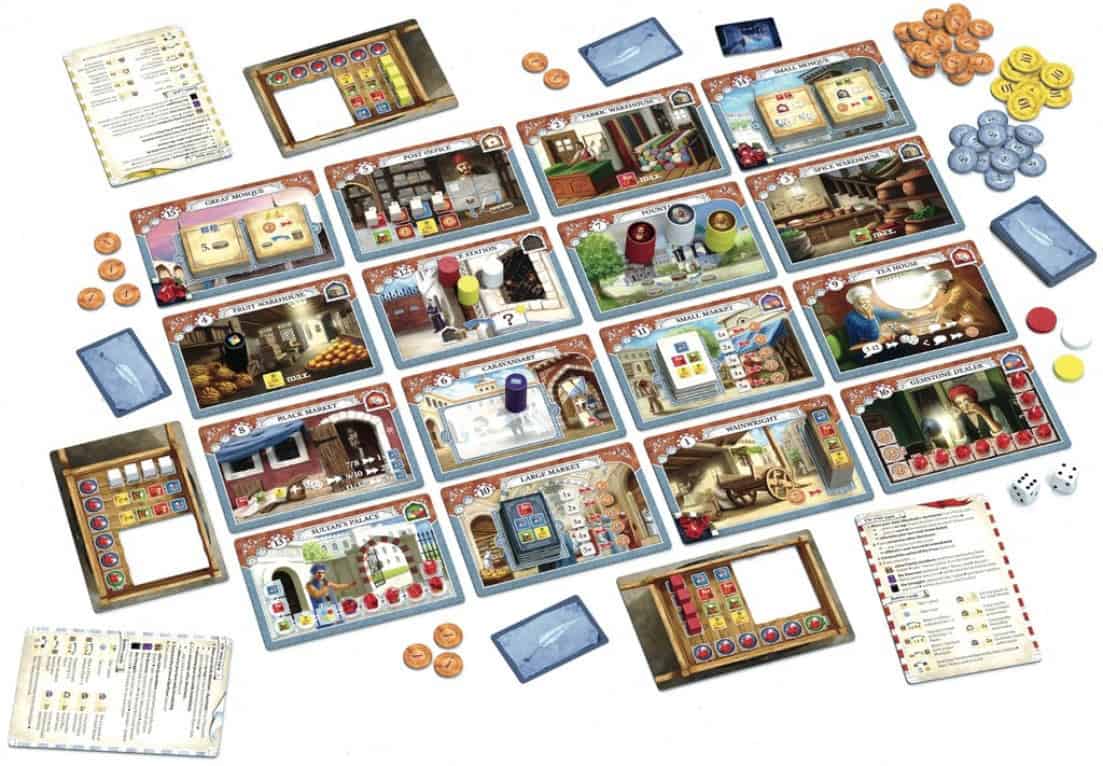 Quinns: This week’s news is brought to you by Poolside.fm, whose smooth jams have had my soul vibrating like a sex toy since I got up. Try not to watch the accompanying video feed, though. Not because it’s bad, but because it will kneecap your productivity.

Hmm. I wanted to start with our smoothest story, but when you’re writing about board games that’s like trying to pick the straightest banana from the bunch. Let’s go with Board Game Geek’s preview (almost a review, really) of upcoming game Istanbul, seen above. A game of making money and being a boss under a sweltering sun.

It’s a looker of a heavy strategy game, and BGG have identified two fairly interesting things about it. One, while each player has four assistants working under their merchant (who can be put to work in the game’s 12 districts), they’re staggeringly lazy and can only be given a task when your merchant trundles is right there with them. In other words, it’s a worker placement game with a geographical element. And if this is your first visit to Shut Up & Sit Down, please ignore that last sentence. I’m sorry.

The OTHER cool thing about Istanbul (the game, not the city*) is that it’s a race. Most economic games see players trying to get the most victory points or money in a loose scrabble for growth. In Istanbul, the first player to get five (otherwise useless) rubies is the winner, and everything else is irrelevant.

Which sounds exciting, if kinda worrying so soon after a review where I panned Lewis & Clark for having a similar race mechanic. Problem is, when you start trailing behind the pack, any fun at all storms out of the room like an angry lover. 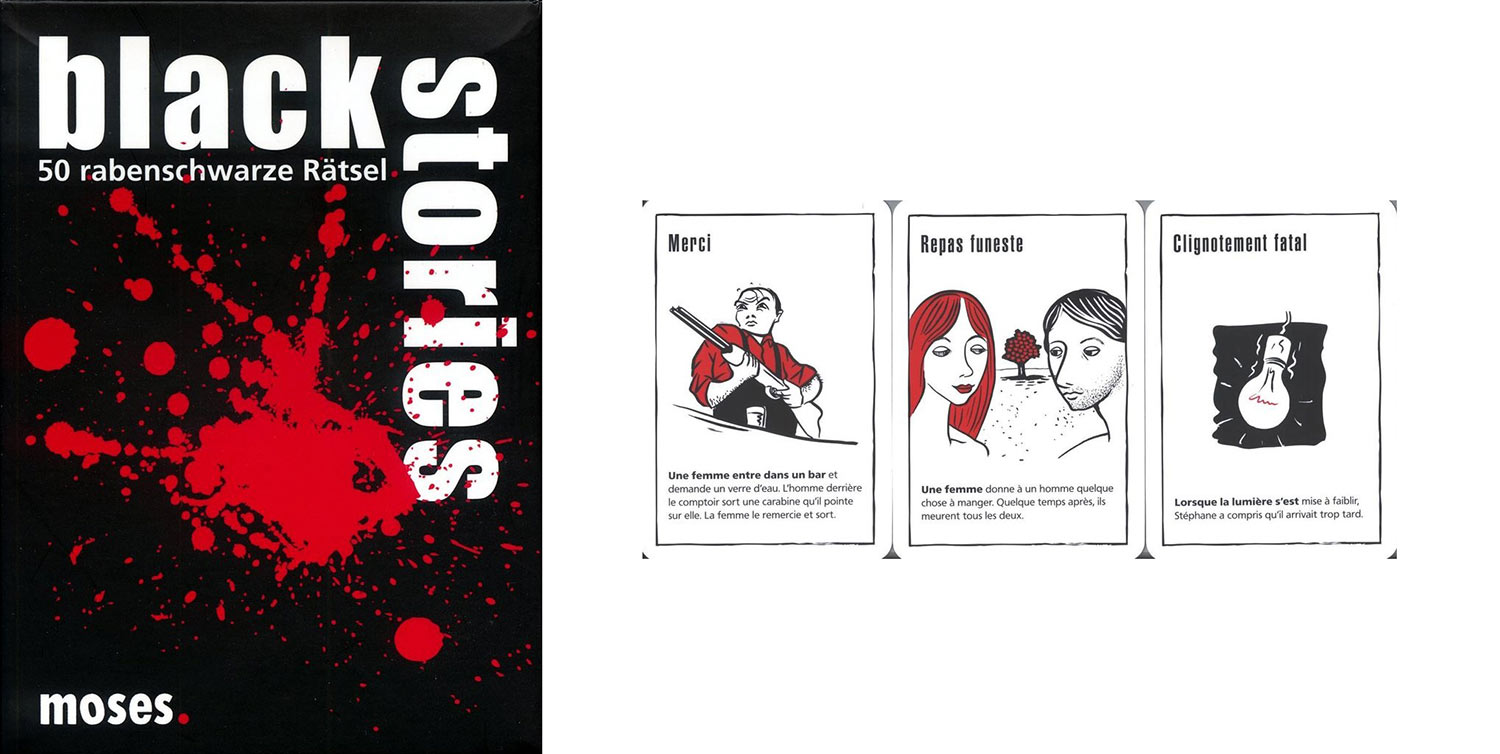 What could be smoother than solving a murder? 2004 German release Black Stories will enjoy an English language distribution from Z-Man Games this year, and it sounds like nothing else I’ve ever played (read as: I AM EXCITE).

As far as I can tell, one player in a game of Black Stories is a sort of grisly storyteller and silently reads the details of one of the game’s powerful mysteries. This might turn out to be a murder, a suicide, or nothing in between, but the other players are trying to get to the bottom of it by asking the storyteller questions, which they can only ever answer with “yes” or “no”.

Thinking about it, I’ve never played a good game that offers this sort of deductive reasoning. When Black Stories comes out, you’d better believe I’m inviting my boys over and turning the lights down real low. Mmm. Oh, yeah. You know what I’m talking about. I’m talking about corpses. 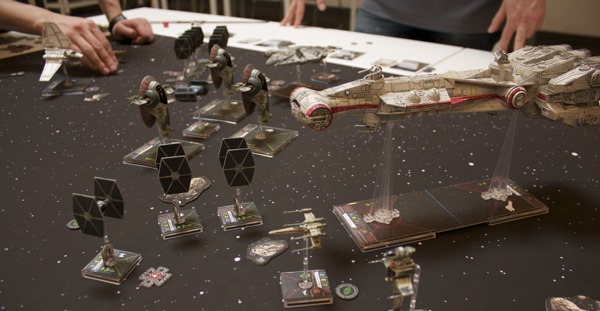 Everything is smooth in space because there is no friction. That’s a fact!

It’s also a fact that the Tantive IV Expansion for the X-Wing Miniatures Game is the most baller thing to ever happen to miniatures games, and comes out next week. Fantasy Flight has just posted a preview of how this hugest of things works. Did you know these big boys automatically obliterate anything that flies into them? Madness. 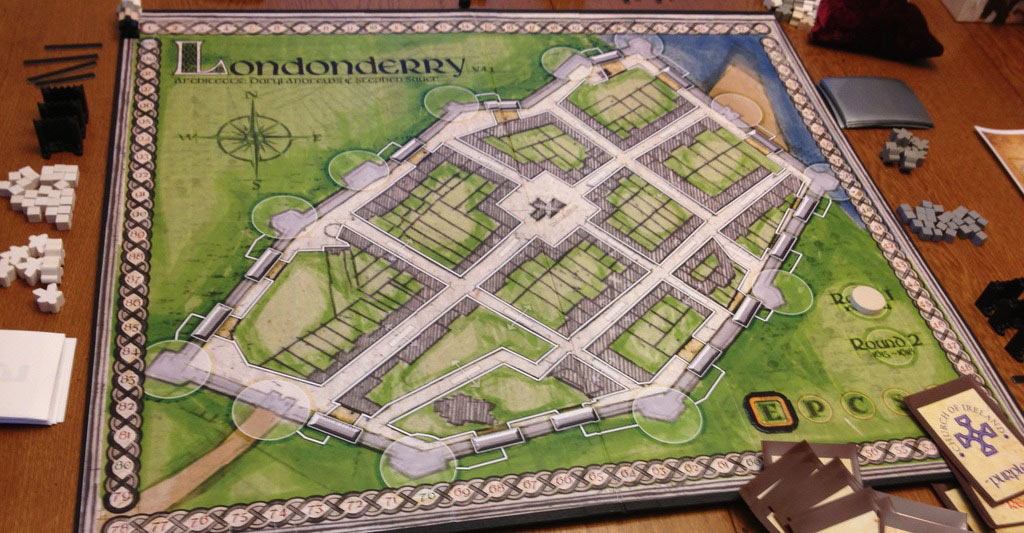 I’ve not been a fan of the two Mercury Games releases I’ve played to date (Quarantine and Infamy), even though they both sounded great. So it’s with some trepidation that we move on to two new announcements from Mercury Games which, yes, both sound great.

The Walled City: Londonderry & Borderlands is the first, a game of players scrabbling for political dominance in a city that’s just been founded. So you’re placing walls and roads, gerrymandering to claim control of districts, and keeping certain groups safe by staffing watchtowers. Or not!

I really do like the sound of it. Simple, thematic, with everyone’s actions affecting everyone else? That sounds perfect. Why is it only the big, complex games that get to play with the fancy components huge boards, anyway? If The Walled City offers me a big experience with accessible rules, I’m in. 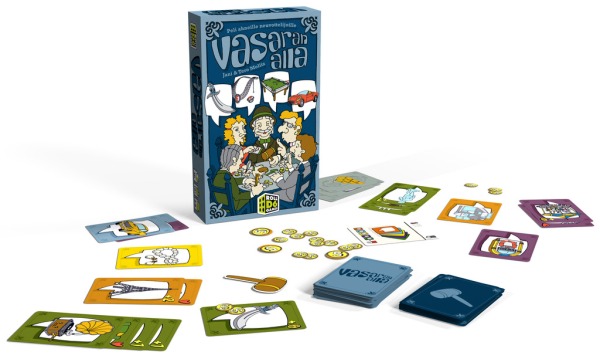 The second Mercury Games announcement is Foreclosed! A game where everyone’s scrabbling for their inheritance of their new, dead uncle. And this one sounds even simpler. It’s a set collection game where everyone starts with one fabulous objet, whether that’s a broken gramophone or a scimitar, and on your turn you can ask another player if they want to swap. If they refuse, though, they have to pay you money for the privilege.

THE GOOD: This one’s a successful Finnish game that Mercury games have simply bought the rights to.

THE BAD: It sounds kind of like an A-Level maths puzzle? Though often, those sorts of games can be fixed by forcibly inserting a chess clock. 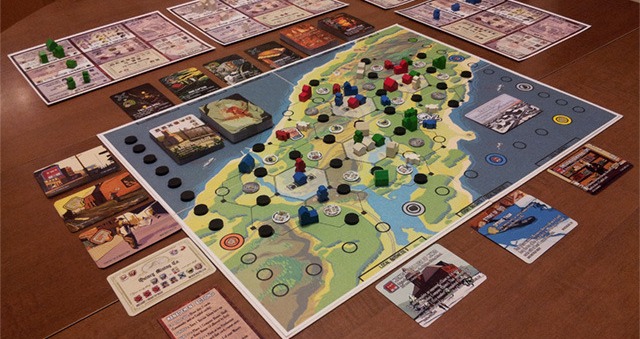 AND FINALLY! A couple of Kickstarters to whet your wallets. Copper Country‘s pitch of running a Michigan copper mining firm might sound as dull as… well, as being a copper miner, but it’s exactly the kind of project I can get behind for three simple reasons.

ONE! Take a closer look. There’s something astonishingly self-aware and sinister about it, from that tagline (“LIFE. WORK. PROFIT. DEATH.”), to the well-researched cards, to the skull and crossbones on the board. This is a game that wants to capture the suffocating atmosphere of mining, not just the industrial concept.

TWO! Check out the host of positive reviews that includes the bold, reliable Rahdo.

THREE! We’re drowning in economic games these days, but read Copper Country’s header on “player-controlled risk”. The ability to take chances and play fast & loose rather than running your operation like an omnipotent accountant sounds like a ton of fun. 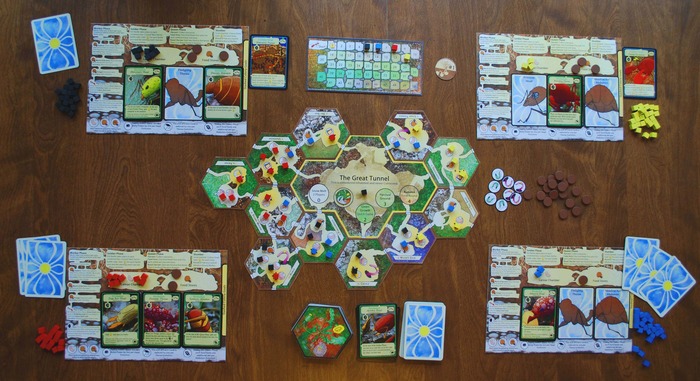 Meanwhile, March of the Ants excites me because ants. ANTS!

Or at least, that was my initial response. Then I looked closer and saw that it’s doing something very interesting. A new evolutionary stage, if you will. It’s taking the mechanics of the grand genre of eurogames, which in turn evolved as a means of providing a fantastic game without players conflict, and adapting everything those games developed and repurposing it for a game of TOTAL ANT WAR.

It’s bizarre, but this kind of re-implementation of ideas is exactly what drives board gaming forward. Tim Eisner, may your ants march forward forevermore.

*A cool thing about Istanbul (the city, not the game) is börek.