Ava: It was a busy weekend for ‘sports’ or as I like to call them ‘meat-games’, but that doesn’t mean the news wheel has stopped turning. Games gonna game and news is gonna news.

Ava: And something called ‘wombledown’ happened? I was drowning in crickets yesterday and it was a treat for rules-lawyers and fans of obscure tiebreakers everywhere.

Quinns: Ever on-brand, I was too busy playing board games this weekend to watch “sports”! I got to introduce four entire people to El Grande. I understand that the winner of Wimbledon was Woody Harrelson?

Ava: Sounds believable to me. Having had to research ‘Woody Harrelson’s face’ for the Monikers box, I doubt I’ll ever be able to escape his sturdy, well-cleft visage. Truly his countenance is a caballero hidden in the castillo of our hearts.

Welcome, everybody, to the excessively digressive games news.

Are you ready to porter? Because Pret a Porter is ready to porter. Ignacy Trzewiczek’s early design has had a reprint of this fashion house management game burning a hole in its pocket for a while and has finally hit kickstarter for an upcycle.

There’s not too many games about fashion design out there, and we always like a bit of variety, so I’m somewhat excited, despite having not played the thing, or entirely understanding how it works. I’ve never even seen the Robert Altman film. Is this an unlikely film tie in? No, but if someone makes a M*A*S*H game I’m here for it.

Tangents aside, I’ve never really clicked with anything Ignacy has made. Designs like Imperial Settlers and Robinson Crusoe are widely praised, but I found them both too dry and too tidy. Part of my brain is begging me to assume that Pret a Porter is an exception to this, but I have a feeling his games just aren’t my style.

Quinns: It’s not one I’ll be backing, either. If I’m going to play a game about making (or failing to make) an expensive dress, I’ll probably wait for a reprint of the much-lauded Rococo.

Ava: Also starting to Kick in the last week is Three Years of War. I’m irritated to find out is a game about the 30 years war, and not a three years war. If you do fancy a bleak simulation of one tenth of that war, then maybe this skull-covered box is for you. It’s earned comparisons to The Grizzled (which I love) and is by the designer of Blood Bowl: Team Manager (which I love), and it has a kickstarter pledge level called ‘the defenestration of Prague’ (which I love).

Who can’t get on board with a bit of defenestration? Presumably whoever is being thrown out of the window at the time. The game sounds like it aims to be miserable for everyone, and that can be quite fun? I’m not entirely convinced by the ad copy, but I am entirely curious. 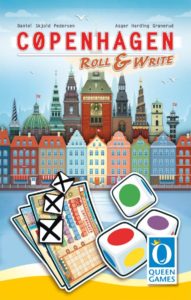 Ava: The twin superfads of roll and writes and polyominoes unite again in the kickstarter for Copenhagen: Roll and Write. Copenhagen was a bigger box about making colourful buildings with neatly lined up windows, and this offers the same idea in a more scribbly format.

Ava: What is it

Quinns: The original Copenhagen is really good! It’s not something we ended up reviewing because it’s been a hot summer of even hotter releases, but people shouldn’t equate our silence with ambivalence. As simple games go, it’s ace. I might even say it’s the best game about putting windows on a Danish house ever made. If designers Granerud and Pedersen can offer a similar experience in a teeny box, sign me up!

Ava: The bigger box is also available as part of this campaign, and I’m more tempted by it. I’m drawn in by the lovely aesthetic, based on the scenic Nyhavn neighbourhood home you’ll be building. But I can’t think of a worse way to ruin something so pretty than having me scribble blocks, noughts and crosses all over it. That doesn’t mean the roll & write won’t be a cosy little delight.

Ava: What is it now? 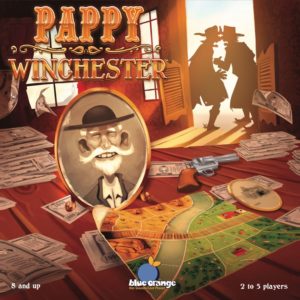 Quinns: Boardgamegeek’s W. Erik Martin has been rounding up previews ahead of GenCon, and has uncovered some details on Pappy Winchester, a game of plots of land, auctions and – unexpectedly – duels! The theming is lovely, with players taking the role of the family members of the deceased, titular “Pappy”, who has left very specific instructions on how his legacy is to be handled.

Ava: This means I can get into character as a disgruntled executrix whilst teaching the game and that is more than enough for me.

Quinns: I’m quite excited by this one, too! The money that you’re bidding with is actually victory points, which I always enjoy because it opens players up to making HUGE mistakes, and I’m head over heels in love with the rule of players being able to duel one another, once per game, to instantly resolve a bidding war with violence.

Ava: It’s definitely a new way to end an auction. I expect to spend the entire game goading other people into dueling each other.

Quinns: No, no! Don’t you see? You wouldn’t want to do that, because the ideal circumstance if two other players are bidding is for them to get higher and higher, each of them willing the other to spend their duel token.

Urgh. If I’m getting excited about strategy before a game’s even out, you know what that means- I’ll be bringing the SU&SD readers the earliest possible impressions. 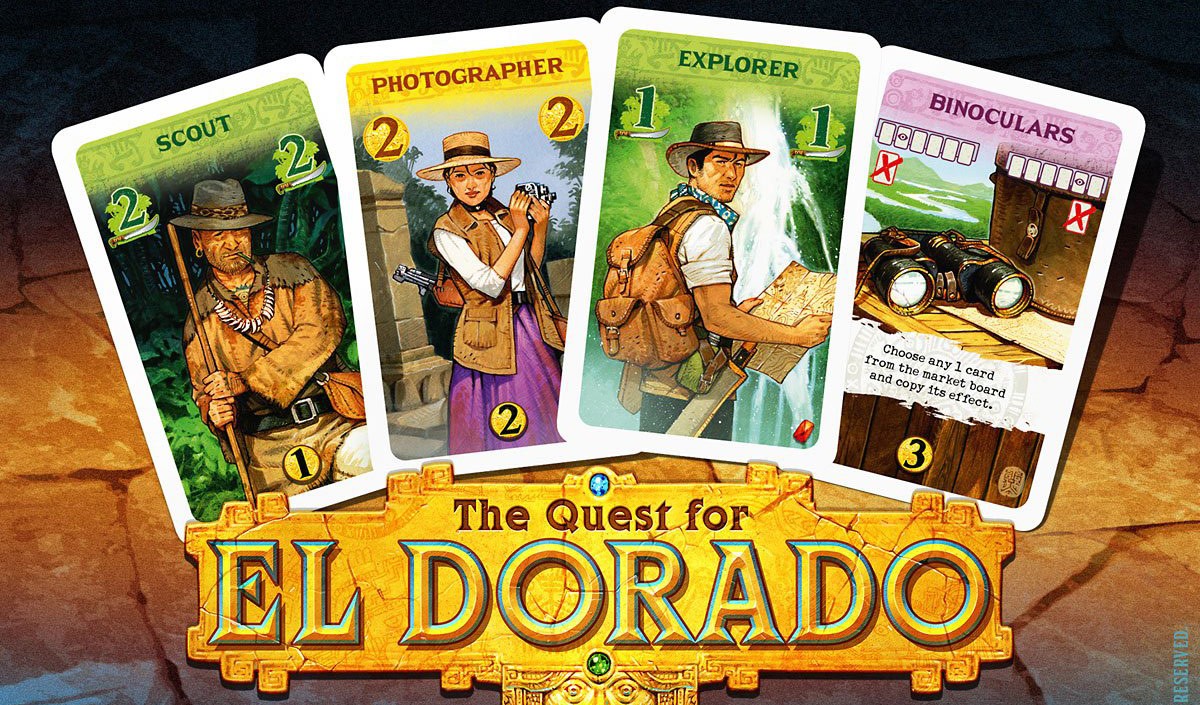 Well, now I’m telling you to STOP. All of those dozens of copies of El Dorado in your shopping basket? Dump them on the floor, then run! Run like the wind!

Designer Reiner Knizia has announced a new “international edition” of El Dorado with prettier components, full-size cards and “many expansions waiting”. That’s great news for those of you who haven’t yet bought it, and horrid news for those of us who have. Especially for those of us with long, stick insect-like hands who struggle to hold tiny cards.

Ava: Having developed some kind of Stockholm syndrome passion for the original artwork, which gives the impression of something I would have grabbed out of a car-boot sale when I was six years old, I’m a bit confused.

Quinns: That reminds me! We still haven’t seen inside the new, upcoming edition of The Castles of Burgundy. In our original review I described the look of Castles of Burgundy as “The lovechild of a maths textbook and hotel room art.” But now I literally can’t imagine it looking any different.

Ava: There was an update a while back that showed us the revamped Las Vegas as part of this same republishing initiative, and it did look pretty fancy, so it’s possible the nouveau Castles of Burgundy will not look like someone’s thrown up a half-digested model village.

Quinns: It just seems like Germany only makes games look modern under duress.

EDIT – Quinns: Oh dear! It’s been pointed out to us that this fancy new edition of El Dorado is only for “new markets that Ravensburger do not currently cover”. It’s not yet clear precisely what that means, but in the words of SU&SD reader @alexwglenn on Twitter, “people might want to get those dozen copies back into their shopping carts”. 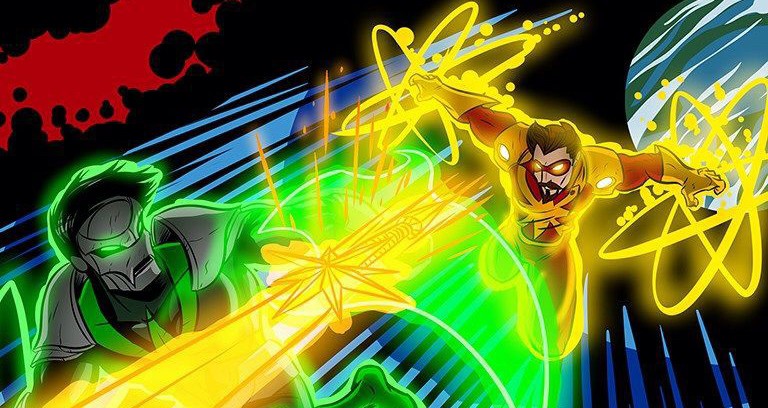 Ava: Pushing the boundaries of what qualifies as news, I was delighted by Avery Alder’s thread on narrative economies in Sentinels of the Multiverse. Avery knows her way around a smart RPG system or two, with Dream Askew currently up for some awards, and Monsterhearts a long-time favourite. Her discussion of the interlocking systems has really got me wanting to dive into a game that I disregarded the first time around. Maybe it’s worth another look? At the very least it made me take another look at our ancient review. Look how small and blurry everyone was! 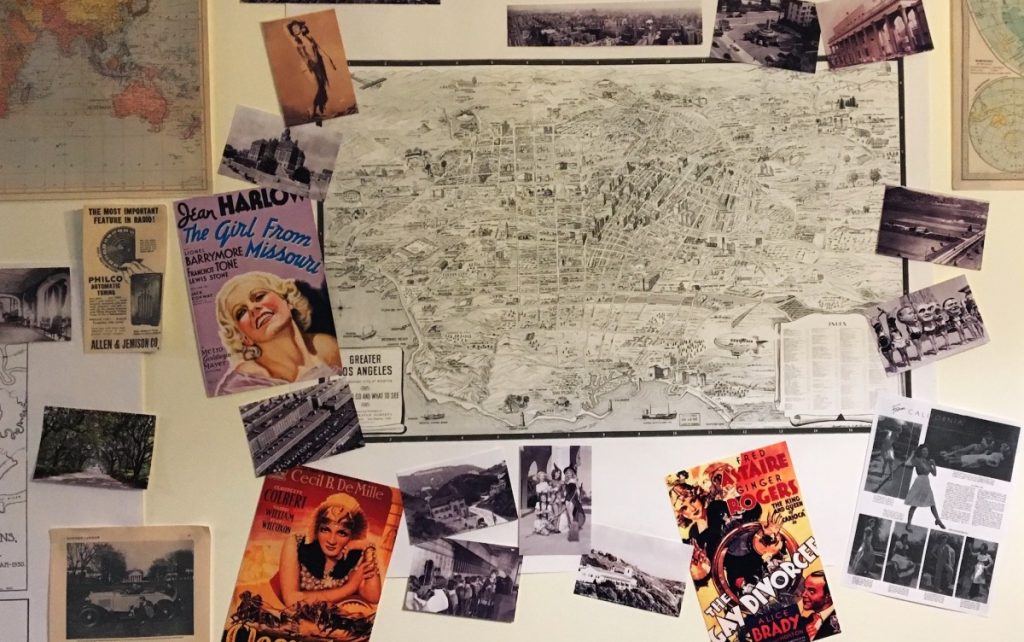