Frosthaven will be heading to kickstarter next year, and promises to be just as big a box of adventure, combat, and high stakes dungeon crawling as its predecessor. Focusing on the eponymously chilly northern town, Frosthaven promises the same combat systems as Gloomhaven, but with more activity between battles with mysteries, seasons and a slow-growing village to manage.

This is likely to be a huge deal, both as another cavernous bundle of cardboard and a hype-furnace big enough to burn your slippers off. I suspect there’ll be a number of people worried that they don’t really need a second enormous box of battles in their life. But they’ll probably be outnumbered by people delighted to spend more time in Isaac Childres stressfully heavy-weight world.

Keep this one in your coolest cool box. 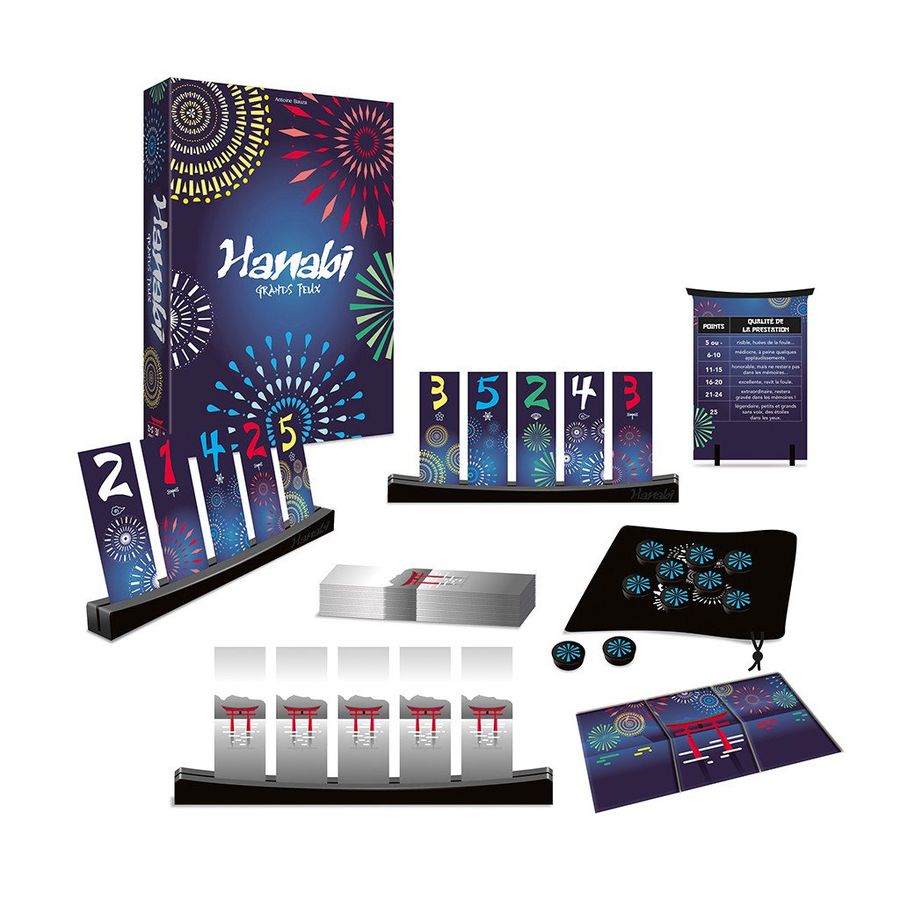 In a much smaller box with some warmer insides, Hanabi: Grand Feux is coming soon, and it promises a big fire. This deluxe edition of logical little sparkler Hanabi will offer the co-operative firework display base game and a few expansions to help gussy up your cogitations. It’s offering an avalanche of colours, black powder and five flamboyants. Or some multi coloured cards, some black cards, and a few bonus tiles.

I bounced off Hanabi quite dramatically, but that’s mostly because I played it with someone who shouted at me a lot about second order logic and gave me a bit of a headache. If I’m honest, I’m mostly linking to it because I really enjoy saying Grand Feux. I wonder how long it’s going to take for publishers to work out the best way to get in the games news these days is to lather on the euphony. 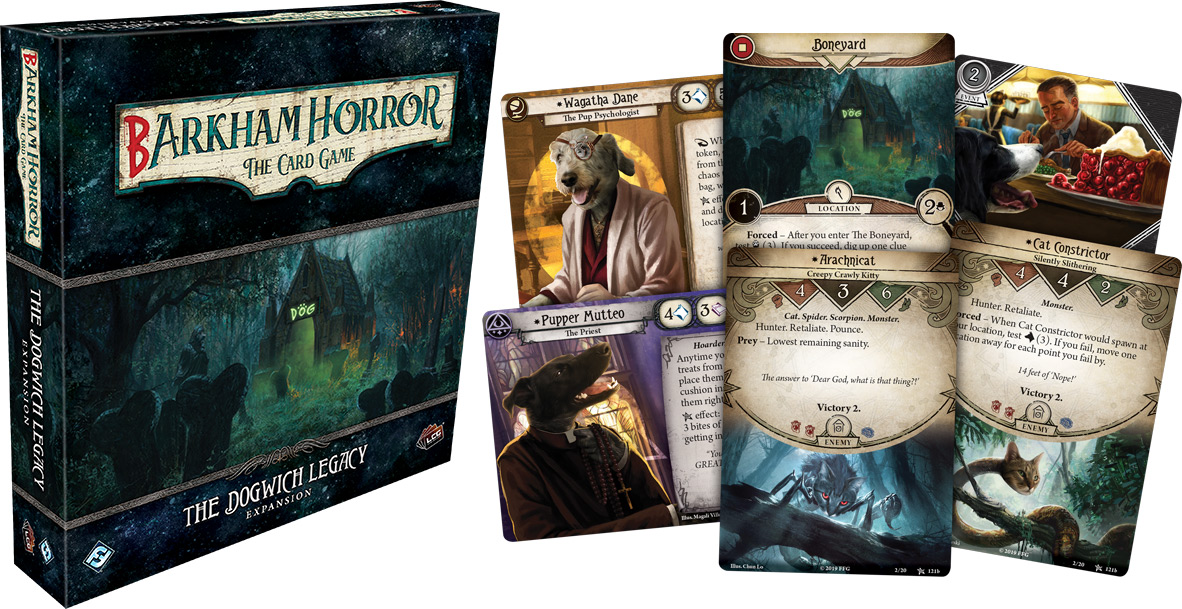 Lovely SU&SD commenter (and purveyor of strange Swedish sweets) Erik Tengblad noted last week under the news that I missed the biggest story. And he was probably right, at least for those living in the heart of a venn diagram made up of ‘animal lover’, ‘big into bad jokes’ and ‘squamous investigator’.

‘Barkham Horror: The Dogwich Legacy, a new expansion for the Arkham horror collectible card game, was announced last Monday. Fantasy Flight delighted so many people with their April Fool’s promise of a canine expedition to the edge of reality, that they’ve actually gone and done it. Who is the fool now, eh April? It’s certainly not Wagatha Dane or even Pupper Mutteo, who can both be added to your deck via the new box set.

Look. Let’s be clear. It’s a lot of puns and pictures of puppies in a cosmic horror wrapper. If you thought being able to kill Cthulhu with a shotgun undermined the unknowable terror of Lovecraft’s deeply racist work, then I’m not sure how you’ll feel about adding a load of anthropomorphic animals. But the people who are delighted by this are going to be delighted by this.

I’m intensely cynical about the whole thing (despite a deep love of dogs and word-play), but honestly, the little picture of a pile of half chewed tennis balls in a summoning circle? They got me. I kinda want it. 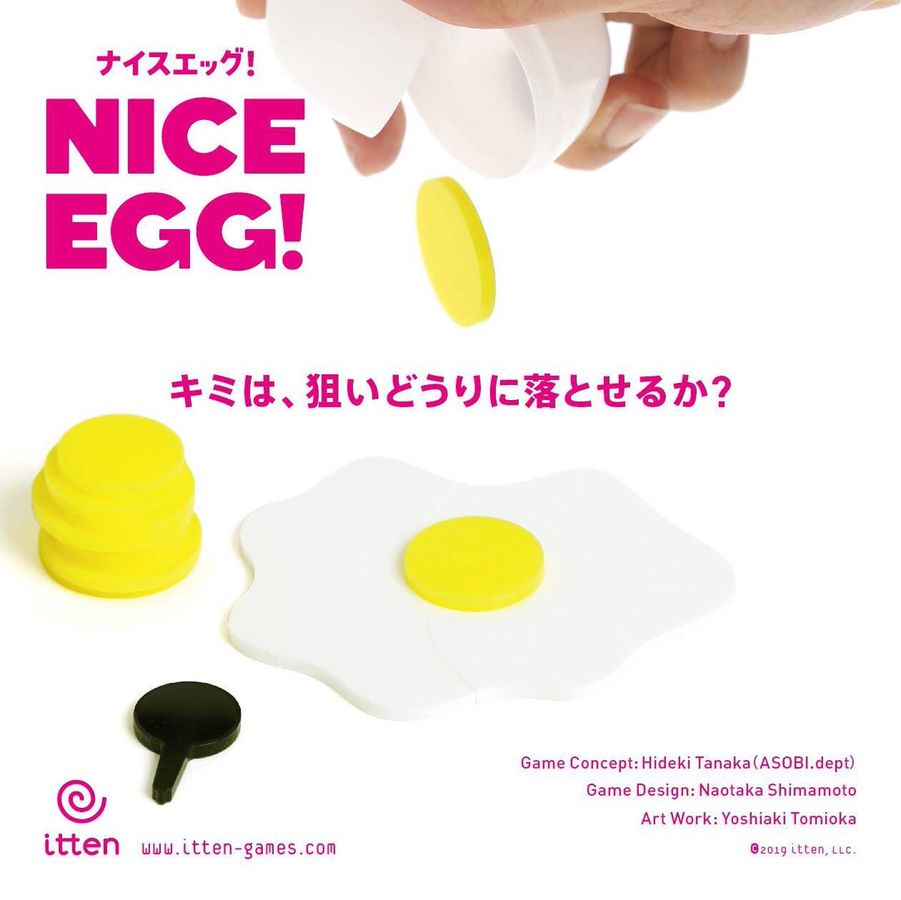 My favourite bit of boardgamegeek’s news column is their semi regular round ups of goings on in the Japanese games scene. There’s always something curious on offer, and this update is no exception, coming so soon after the enormous Japanese Games Market.

I’m going to hand the spotlight directly to ‘Nice Egg!’ for reasons I don’t think need explaining. This lovely egg of a dexterity game has you dropping yolks onto your table. The publishers describe it as ‘feeling reminiscent of curling’. Honestly, they had me at eggs, but they took me over the edge with comparisons to curling. I bloody love curling. Take me to a curling rink and offer me a passable vegan poached egg and I’m yours forever.

Sticking in Japan, Jordan Draper flagged up one of his games in a Tokyo exhibition called ‘Is this a game #2’, and this sort of show is exactly my thing. I love when people explore the borders between games and art and getting people to do silly things. I’ve been trawling twitter to turn up some of the weird experiences on offer.

Fictional masterpiece has players coming up with titles for songs that don’t exist. Dweller of the Game gives players curses they have to stroll the exhibition under until someone hands them a coin. Message of the Rule features a mystery board game box with components but no instructions, and asks players to leave notes for the next people about how they think it is played. Jordan Draper’s gambit is called ‘I’d eat that’ and asks people to come up with a dish from a random list of ingredients, and then ask other players if they’d eat it.

I wish I could be there, but if anyone’s in Tokyo this week, it closes on the 15th December, with contributions from Oink, Itten, Asobi and many more. Looks lovely. 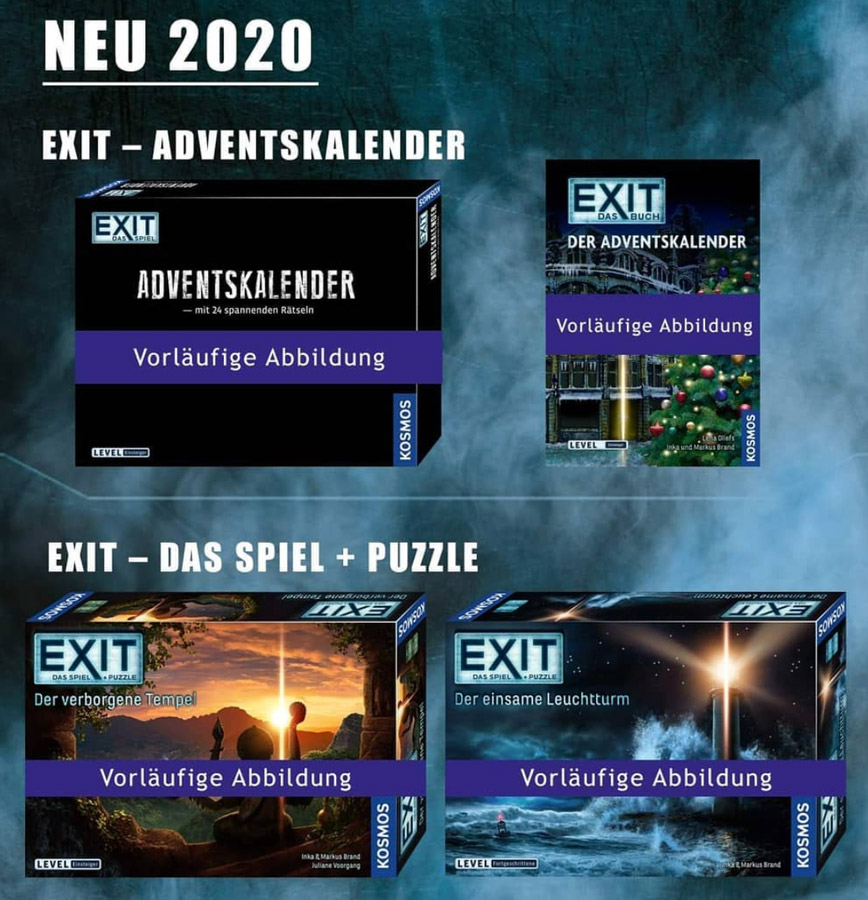 Is this a game? No it’s a news post, but also, it’s a very early announcement of a 2020 advent calendar.

Inka and Markus Brand have expanded their Exit series of once-and-done escape room puzzle boxes many times already, but next year they’ll be releasing an Exit advent calendar, with each day offering a new puzzle to solve. Spread through the month, these will build into an adventure narrative and you’ll be finished in time for Christmas. I just think this is a very cute idea. Other board game advent calendars always felt too high stakes for me, with a varied stash of promos for games you might not own seeming likely to be as frustrating as it is fun. But this looks self contained and clever. Lovely! 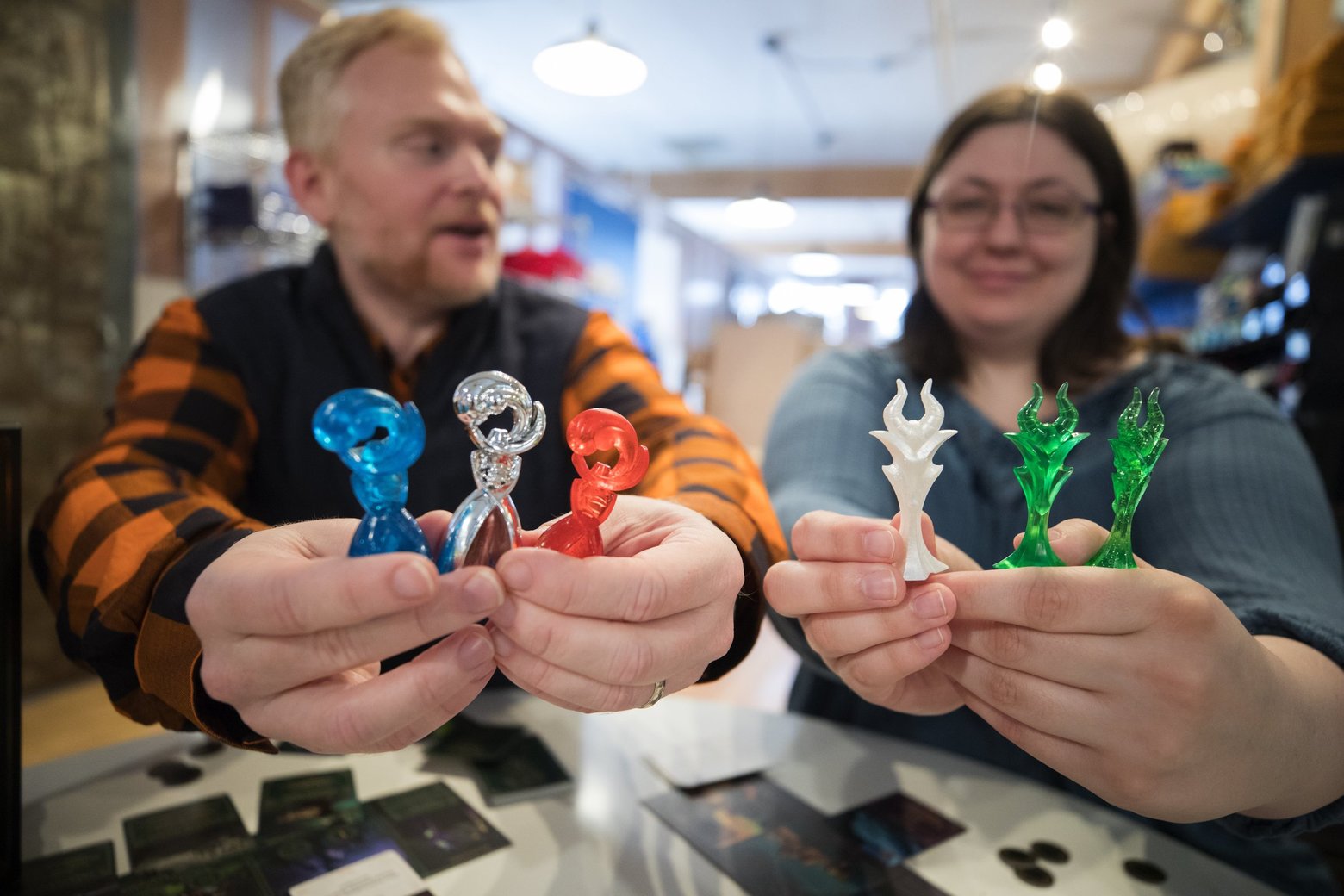 Christmas marks the season where mainstream pressers look into board games, as everyone gets more panicky about the whole festive thing and is more likely to click on links that might dispel their gift giving grief.

The Seattle Times has a nice profile of the North American branch of Ravensburger games. There’s some curious tidbits here, I didn’t know Ravensberger was founded in 1883 and its first game was a take on Jules Verne’s Around the World in 80 Days. A very early multimedia tie in. The piece ends ominously though, with a line about the number of games that are ending in a graveyard of good games that aren’t connecting with their audiences. It’s nice to see some curious journalism on the games industry. Thanks Seattle Times. 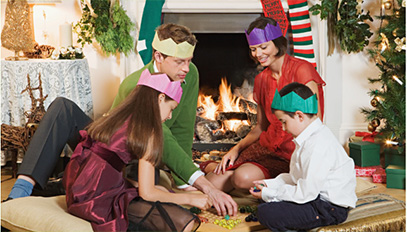 On this year’s journalistic naughty list is the Telegraph. Dunk-linked on reddit, this listicle offers 10 recommendations designed to infuriate the average modern board game fan. I’m not going to be quite as harsh as some (despite a deep abiding distaste for the Telegraph), but it’s pretty brow-furrowing to see people highlighting weak old games that are already gathering dust in attics, when there’s a whole world of excitement out there.

On the other hand, I think it’s easy and unnecessary to be snooty about mainstream games. Scrabble is a ruthlessly territorial game that I think more people should keep in their collection, it’s hard to argue with Chess (unless you’ve got some weird talking chess set), and the newest game they do manage to mention, Bananagrams, is actually a pretty good shout for a family recommendation.

Also, you should be watching our festive game recommendations instead of reading the bloody Telegraph. 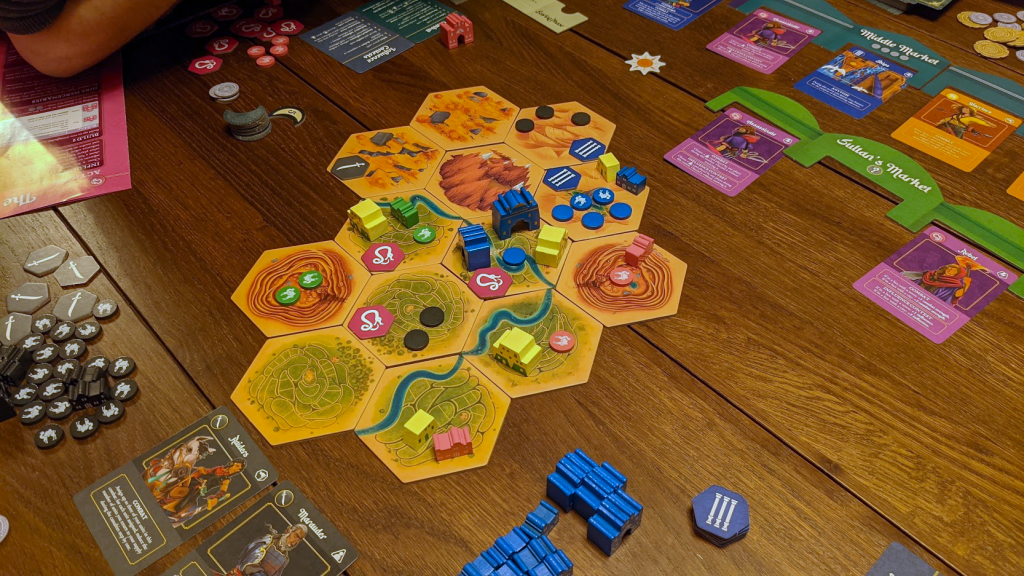