If you weren’t so concussed, you’d likely remember that the first edition of Funemployed was also Kickstarted last summer, the modest campaign strolling comfortably past its target and furnishing 195 people with a copy. If that suggests to you that this is a game that isn’t widely available, then you’re quite right. This is a terrible, horrible shame as it was one of our best games of GenCon and we were very sad that it was so difficult to get hold of. 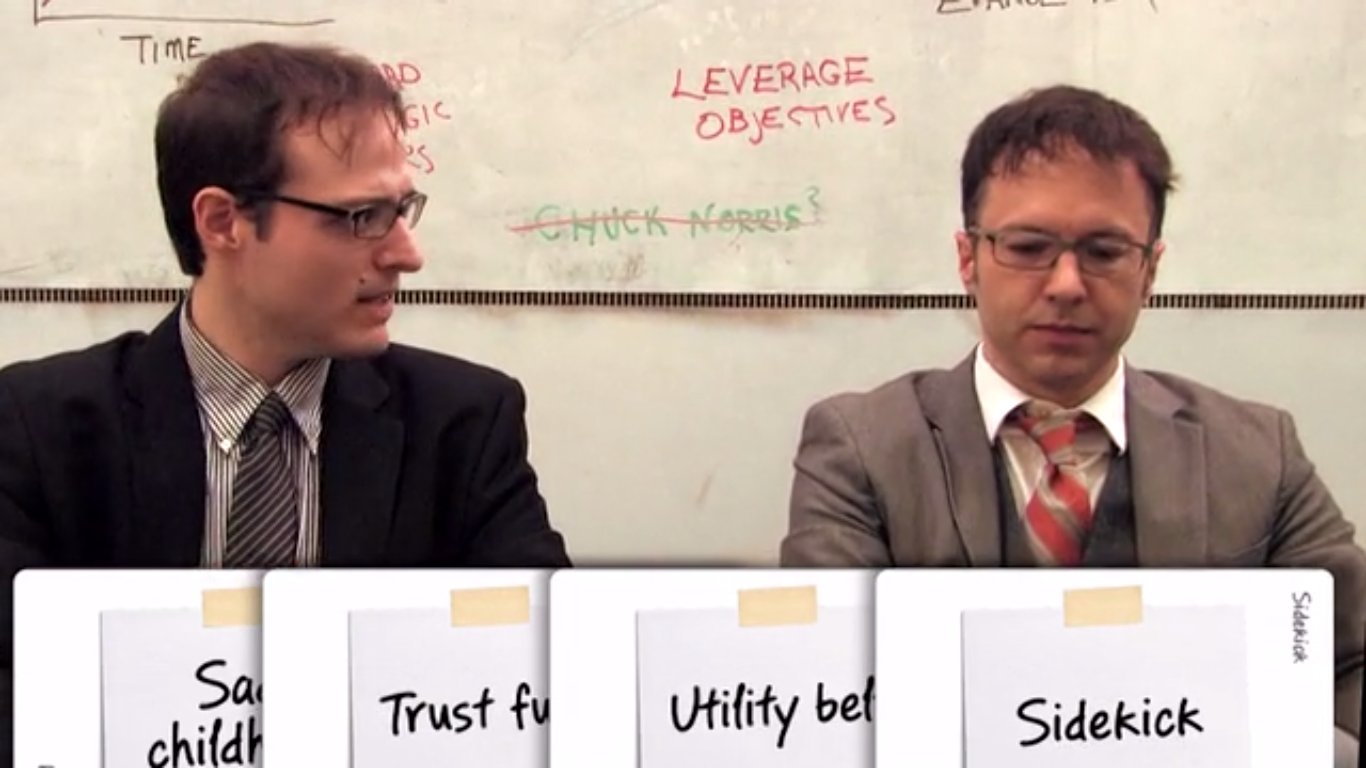 Funemployed is a terrific game of panicked improvisation where each player pitches themselves as the perfect employee for a variety of not-exactly-ideal jobs, defined as they are by four cards they hold, pretty much none of which are ever, ever going to be desirable traits. I’m writing this games news from BoardGameGeek Con and wherever attendees have brought in their rare, coveted copies of Funemployed, people have leapt upon it. For many of us, it’s been the highlight of an evening. It’s been ridiculous, hilarious and had players portraying all sorts of absurd interviewees.

It’s great. I hope this Kickstarter (helmed in part by Risk Legacy creator Rob Daviau) is a tremendous success, I hope it means the game reaches many more players and I hope it generates further demand long after the campaign closes. As soon as I reattach your ankles, You should seriously consider pledging. This might well generate the most laughs per dollar of any game you will ever own. 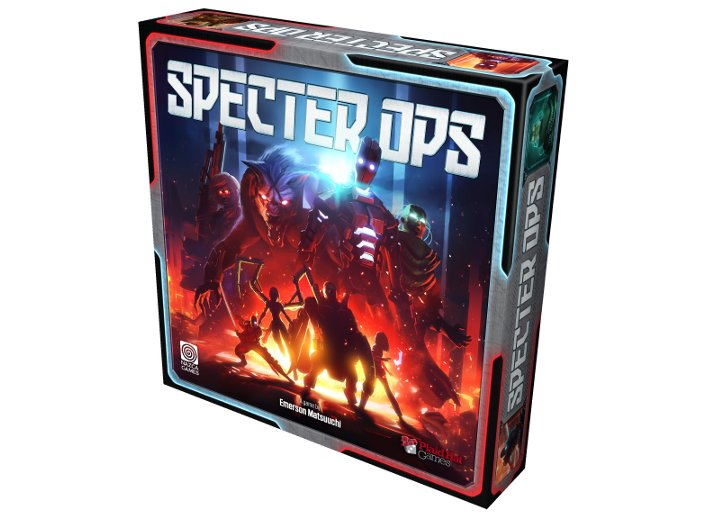 I’m afraid I can’t save your arm, so I’ll just have to replace it with a copy of Plaid Hat Games’ forthcoming Specter Ops, announced last week and tipped off to us by our own excellent forum mod Alabaster Crippens. While the announcement is brief, I’ve since had a chance to see a prototype of this in real life and I can elaborate a little more. Let me lean in and whisper before the anesthetic takes effect.

Specter Ops is a sci-fi game of hidden movement that’s closer to Fury of Dracula than Letters from Whitechapel. Chasing down a mysterious infiltrator, who keeps track of their sneaking via a private map, the other players take the roles of a collection of weird and wonderful characters who must use their wits, abilities and technology to help them hunt. It’s all flashbangs and scanners happening here, with a distinct Metal Gear Solid influence creeping in. 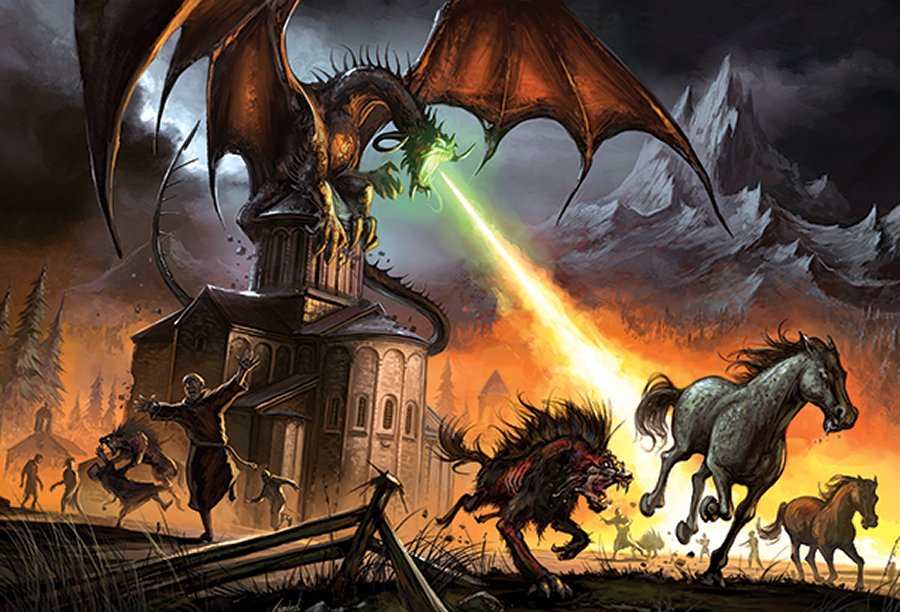 It’s time now for your graft. I’m afraid there’s no way to save your skin, so I’ve decided that replacing it with scales is probably a better idea. Scales and perhaps wings. Maybe you need a few claws, too, as then you’ll be in a perfect position to play Descent’s new Heirs of Blood expansion. The first campaign book for the game’s Second Edition, it features thirty-two new encounters and a lady with a green bow, something that’s a lot like my nights out on the town.

Of course, it’s impossible to mention Fantasy Flight without also acknowledging their recent merger, much like the skull merger I’m about to perform. If you’d just hold still, I can explain how they’re merging Asmodee, which they announced in a press release just after I’d finished Games News last week (grr). The release doesn’t really have much detail (BoardGameGeek have a little more on it) and mostly says that everything is going to be great, the future is bright and so on, exactly as you would expect everyone to say after any big business deal. Time will tell exactly what direction things are headed in, but it looks like “organised play,” by which they mean things like Netrunner tournaments, will be a greater focus. Hooray! 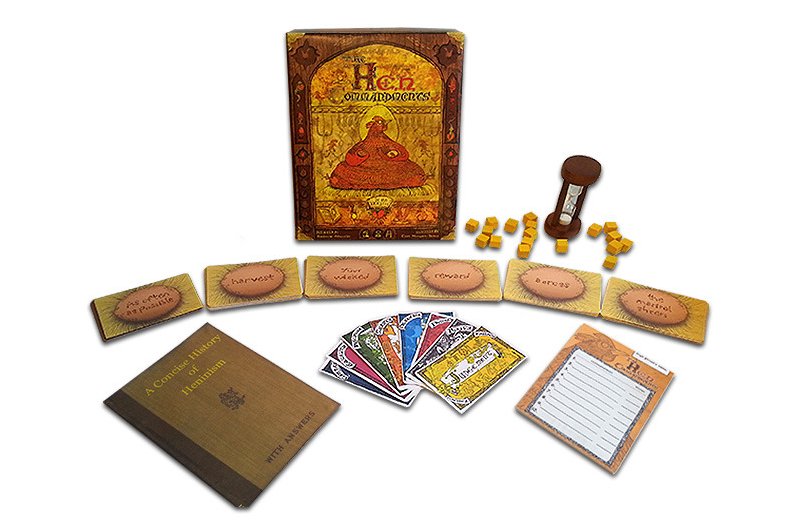 Good, you’re looking much healthier than before, so lets use your new third eye to cast a quick glance back at Kickstarter, where a couple of particularly curious projects deserve our attention. First, there’s The Hen Commandments, a “chicken-based, religion-building party game,” about reading chicken eggs, rather than entrails. It sounds chaotic and ridiculous and is edging towards its goal, but only has four days left to run. If it’s caught your curiosity, the time to peck is now.

Then there’s the Wall-Hanging Chess Board, which doesn’t really need any elaboration but which should nevertheless at least be seen. It has me thinking about all sorts of wall or vertical surface-based games and I wonder if we can perhaps see a magnetic Carcassonne for our fridges, or maybe a wall-based El Grande.

Well, our work here is done. I’m sorry that I couldn’t save your bowels and I appreciate that living with six bums will be a new challenge for you, but at least you’re not as confused about what you are as these blank playing cards. Enhanced, durable and good? That sounds perfect for the game I’m working on.