Quinns: Good morning table gamers! It is the 19th of January in the year 2015. Whatever crazy stuff is happening in your life, you are reading the Games News. After that, there will be lovely comments. Rely on these simple things. It’s all going to be OK.

Once again our cover story goes to the prettiest game, this time forthcoming Susumu Kawasaki release Traders of Osaka. Due out in 2015, this is actually a reimplementation of Susumu’s 2006 game Traders of Carthage, and it’s unclear whether anything’s changed about the game itself.

Fine by me! I’d buy a re-implementation of whooping cough if it was this sexy. God, I’m such a fop.

As for the game itself, players are trying to collect sets of “goods” cards by trading cards from their hand with a central market, and then loading these goods onto a ship and sailing it to Osaka for a payout. Problem is, no one player actually owns any of the ships, so two players might each have goods on the same ship. Add in the fact that when a ship reaches Osaka any ships behind it on the “Pirate” spaces get attacked, and you’ve got yourself a game. 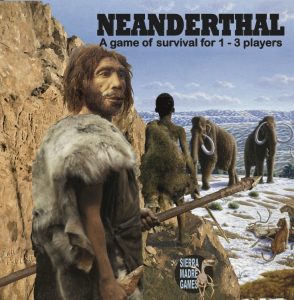 Now. I need to talk about Neanderthal, even though that cover looks like something Paul and I would mock up during a skit. Click on the picture for a bigger version because you ain’t seen nothing until you look at this thing in detail. It’s like staring into the abyss.

This is another 2015 release and a follow-up to 2014’s Greenland, a game that’s transparently not for us (just look at the amount of text on the cards), but interesting nonetheless, not least because the two games will flow one into another. 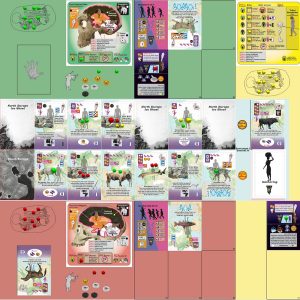 You see, designer Phil Eklund is working hard to create robust little simulations of basic human society. Neanderthal sees players deciding between fire specialisation and animal domestication, between promiscuity and pair-bonding, which horrid megafauna you’ll be hunting and so on, and then at the end of that game you’ll be where Greenland begins! Trading, raiding and scratching a living from all sorts of gross fish. Dibs first slice of walrus cheek! 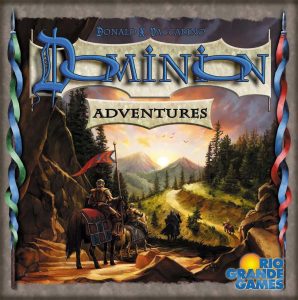 But of course, it wouldn’t be Expansionanuary without news of an expansion, and today we’ve got two of ’em.

We start with the original deck-building game of Dominion. Dominion: Adventures will be the ninth expansion for Dominion, adding… uh, adventures to your abstracted province-gathering! I wasn’t really expecting this. When Dominion: Guilds came out in 2013 my friendly local game shop found that finally, people were tiring of Dominion (or at least, buying expansions for it).

You know what’s a more exciting than Dominion: Adventures, though? The long-presumed-dead Arctic Scavengers expansion “Recon” (previously titled “Deception”) is coming out this year!

This one’s a crazy story. So, Dominon comes out in 2008. It’s great. Arctic Scavengers comes out in 2009 and takes that deck-building mechanic and fixes two problems with Dominon, adding a fantastic theme and plenty of player interaction. Such is the cycle of life in board gaming.

Except something goes wrong. Arctic Scavengers is forgotten by the market and publisher Rio Grande finds it has thousands of copies gathering dust in its warehouses.

Fast forward to 2014 when we arrive to Arctic Scavengers with our characteristic promptness and review it, leading to a renewed burst of interest, the game selling out and Rio Grande giving the go-ahead to a reprint and designer Robert Gabhart’s long-since-designed expansion in 2015.

Briefly then, can I just give a huge thanks to every one of you who went on to buy Arctic Scavengers? Because holy cow, you guys are amazing. 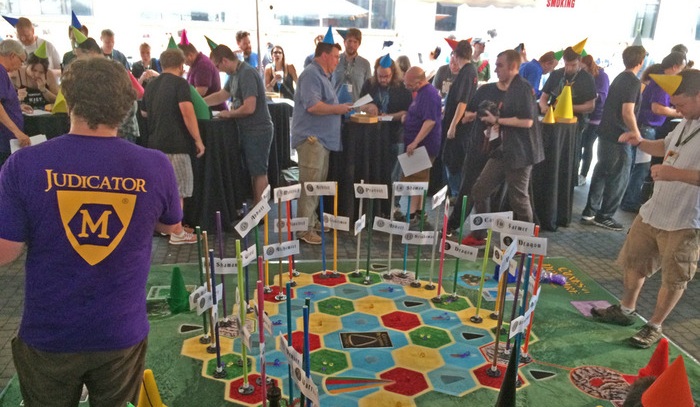 Speaking of crazy stories, there’s now a real-life Kickstarter for a real-life edition of Cones of Dunshire.

Any of you guys remember this from Jan of last year? Cones of Dunshire was the fictional board game created by a character in excellent sitcom Parks & Recreation. It was the result of executive producer of Parks & Rec Morgan Sackett getting in touch with Mayfair Games, publisher of Settlers of Catan, to help them parody niche board games most effectively, and you can watch the result here.

Believe it or not, the copywriting on the Kickstarter is just as good. I don’t know about backing it, but definitely go and give it a read. “One must roll a dice to see how many dice must be rolled,” indeed. 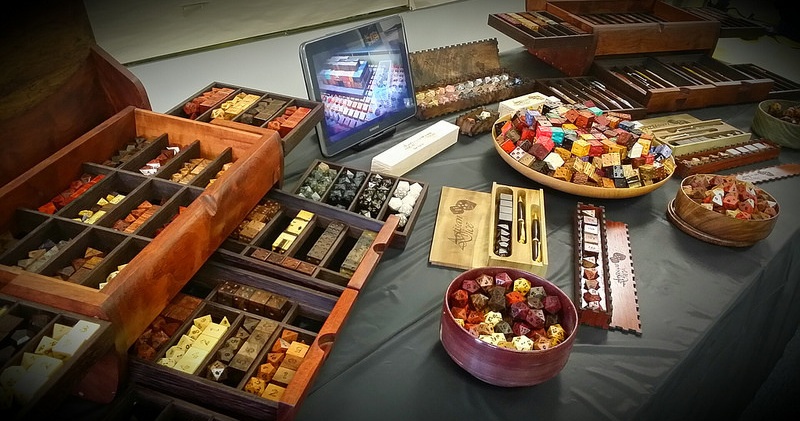 And speaking of dice! The artisan dice-makers of artisanal dice-making web site Artisan Dice dropped us an email this month asking if we knew about their artisanal dice. We didn’t! I mean, we do now.

Custom dice sites are a dime a dozen, but I’m posting this one because it’s simply the nicest selection I’ve ever seen. The prices are similarly outlandish, but where else can you get soapstone dice that also function as ice cubes, a d12 made from ancient black Russian bog wood or a teflon d4 and read about chatoyancy while you’re doing it.

[Edit: Lovely reader Hamporkbacon’s pointed out in the comments that Artisan Dice started as a Kickstarter operation almost 2 years ago, and have yet to fulfill an awful lot of their backers. In other words, expect a very long lead time on your order.] 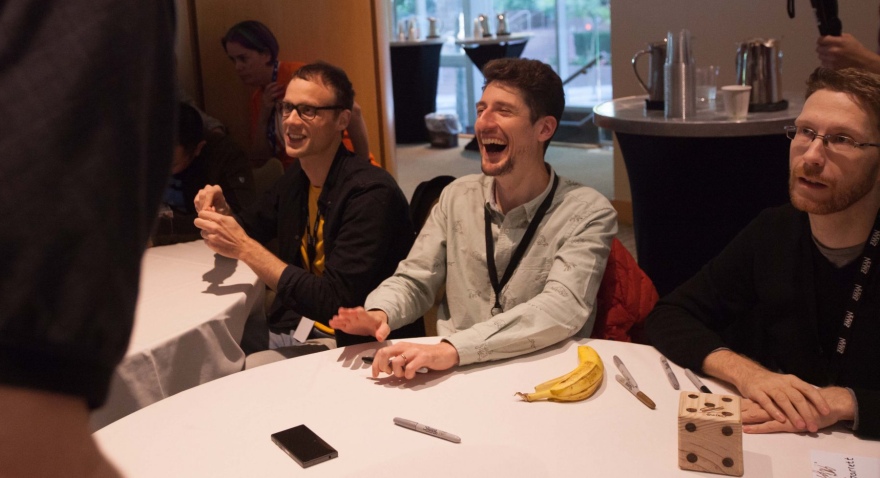