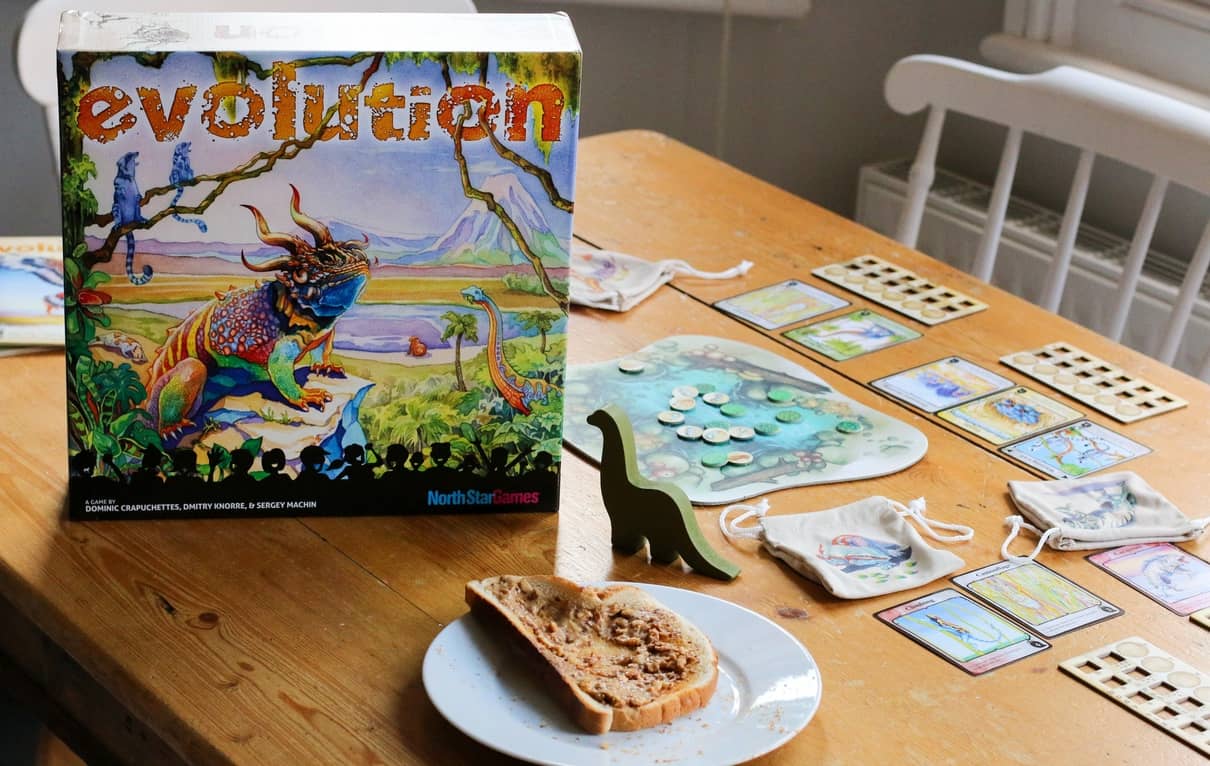 Matt: I’m a robust bird looking to nest who is terrified of fat carnivores, looking to meet someone with a GSOH and wait this isn’t OK Cupid

Quinns: No, you silly goose! It’s a review of Evolution, the new game from North Star Games that is about evolution.

Evolution starts with 2-6 players being given control of their very own bouncing baby bit of cardboard, tracking the only two features a parent should care about: POPULATION and BODY SIZE. Each turn players receive cards depicting new evolutionary traits, you all play one to contribute to the food on the Watering Hole, and you play the rest onto your species, either as the traits they depict or to increase that species’ population or size, or you can burn cards to create whole new species.

And that’s the entire game! With these wonderfully simple rules, you’re off to the races. Although at these races we’ll simultaneously be betting on horses and praying our favourite horse doesn’t get eaten by another horse.

Matt: It also comes with a wooden dinosaur player-marker which always makes people shout “WHAT DOES THE DINOSAUR DO!?” and then you get sad because the answer is boring.

Matt: Oh I dunno! I don’t usually use those things, but in Evolution the turn order is absolutely crucial, and you need to remember it throughout every stage of the round. Popping out a carnivore as the last player in a round is the most brilliantly evil thing you can do. Also he’s a dinosaur Quinns please show him some love. 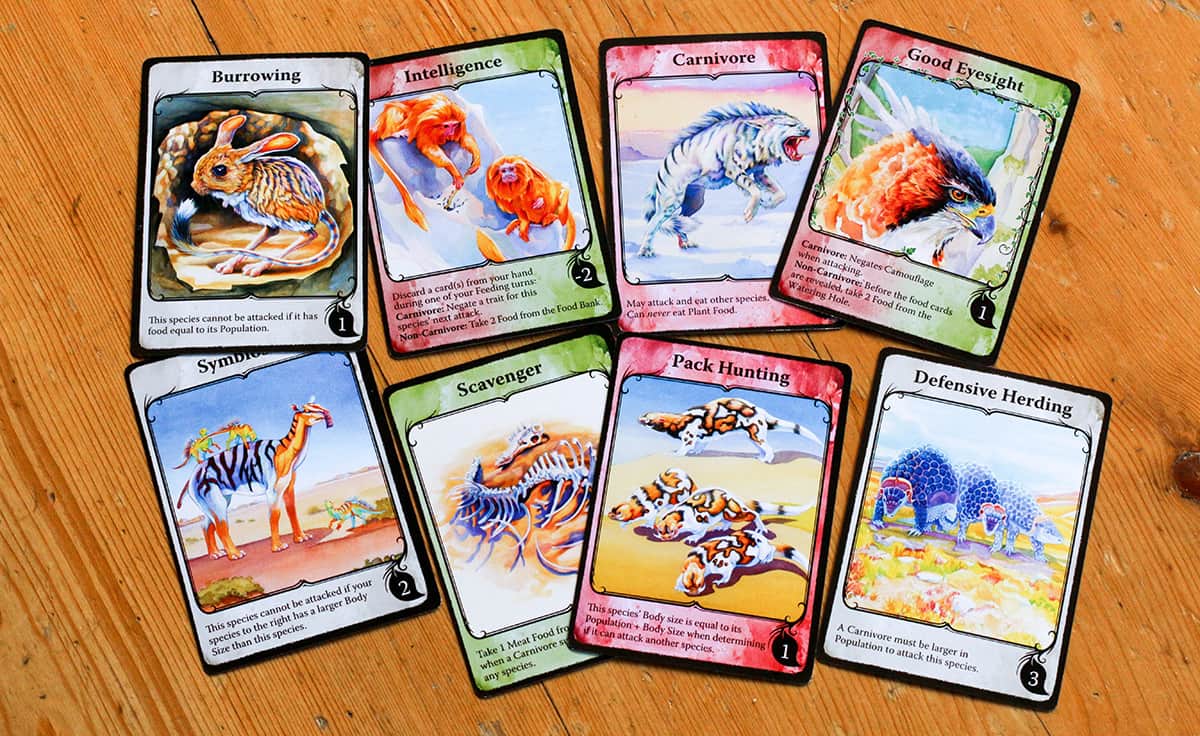 Quinns: I do have a lot of love to give Evolution’s dinosaurs. The art is SO nice! Each card depicts a kind of awkward, otherworldly not-dinosaur in shades of pastel, and I want to hug them all.

Matt: I found out all the artwork is of real animals, by the way.

Matt: Yeah! My mate who’s a nature buff was saying they’re all real, or were at some point. So yeah. Maybe you can one day hug them! Live the dream.

But yes, let’s talk about carnivores! They’re very much the meat of Evolution’s game.

Slowly, everyone starts evolving and growing their population, because while more mouths to feed means you have to eat more, the amount of food you eat in Evolution is your final score. Immediately, there’s neat a bit of risk/reward. You immediately understand the simple rules and start anticipating your friends, and then things are kept interesting because you need to go right to the lip of starvation… but never go ever. 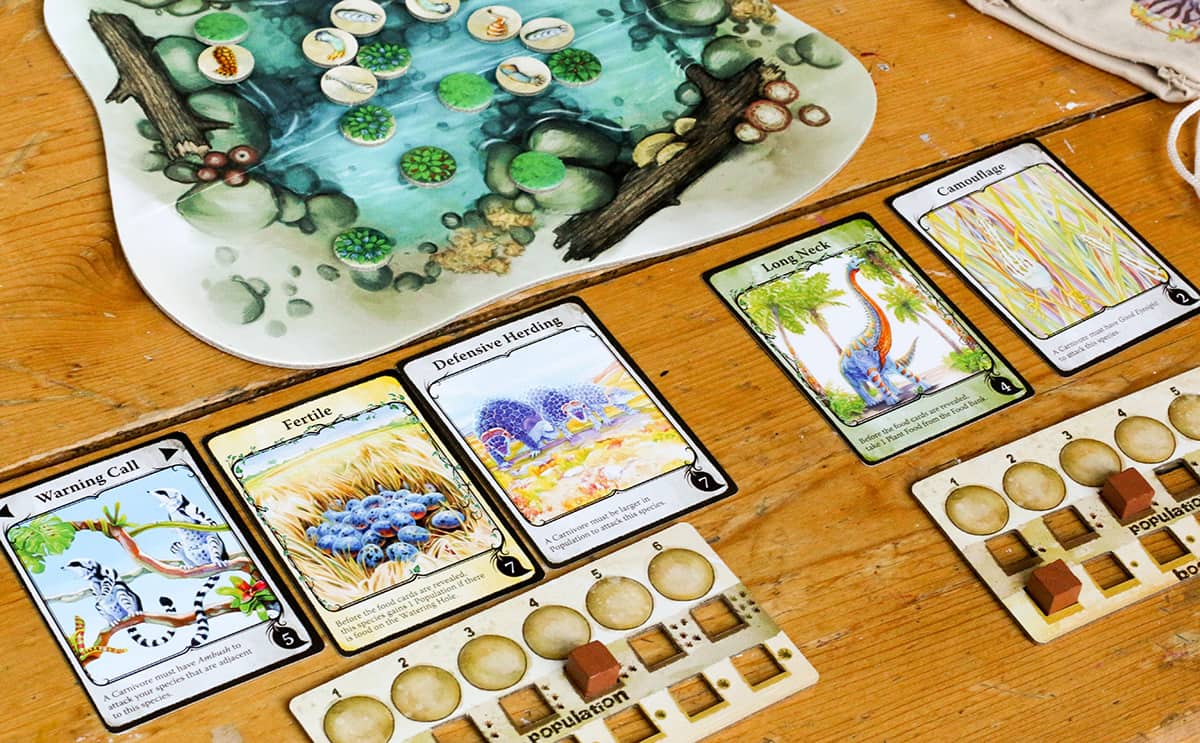 That’s easiest in the game’s first act, but you’ll notice all sorts of storm clouds gathering overhead. First off, if players have the means to snatch food quickly (with multiple Co-operative species, say, or something with a Long Neck) you might not get your share of food from the watering hole. Those players are then going to start playing cards worth almost no food into the watering hole, obviously, delighting in the table’s starvation. But also, eventually someone’s going to evolve a Carnivore trait onto one of their species, at which point their food source… becomes the other players.

Matt: Or maybe not? The beauty of Evolution is that it’s a simple but flexible game that allows you to build your own little ecosystem. Perhaps your system relies on co-dependent herbivores plodding around like the seven dwarves, shovelling food into the faces of their neighbours? Certain trait cards have effects that are directly applied to the creatures either side of them, and this is an order which is fixed. This means you can build a happy little chain, right up until the point that a carnivore eats the vital link into extinction and the whole ecosystem suddenly crumbles.

But aggression isn’t the only option – it’s entirely viable to create a small species of your own that purely exists to be grazed on by your carnivore species. As with the real animal kingdom, there aren’t really any rules: only food.

Quinns: I’d never call Evolution a brilliant game, but if there is brilliance then it’s in this interpretation of food. The idea of someone taking hungry bites out of his friend’s eurogame-style engine, but he has too many pack animals to feed and it’s not enough and both players have their head in their hands? That’s amazing. 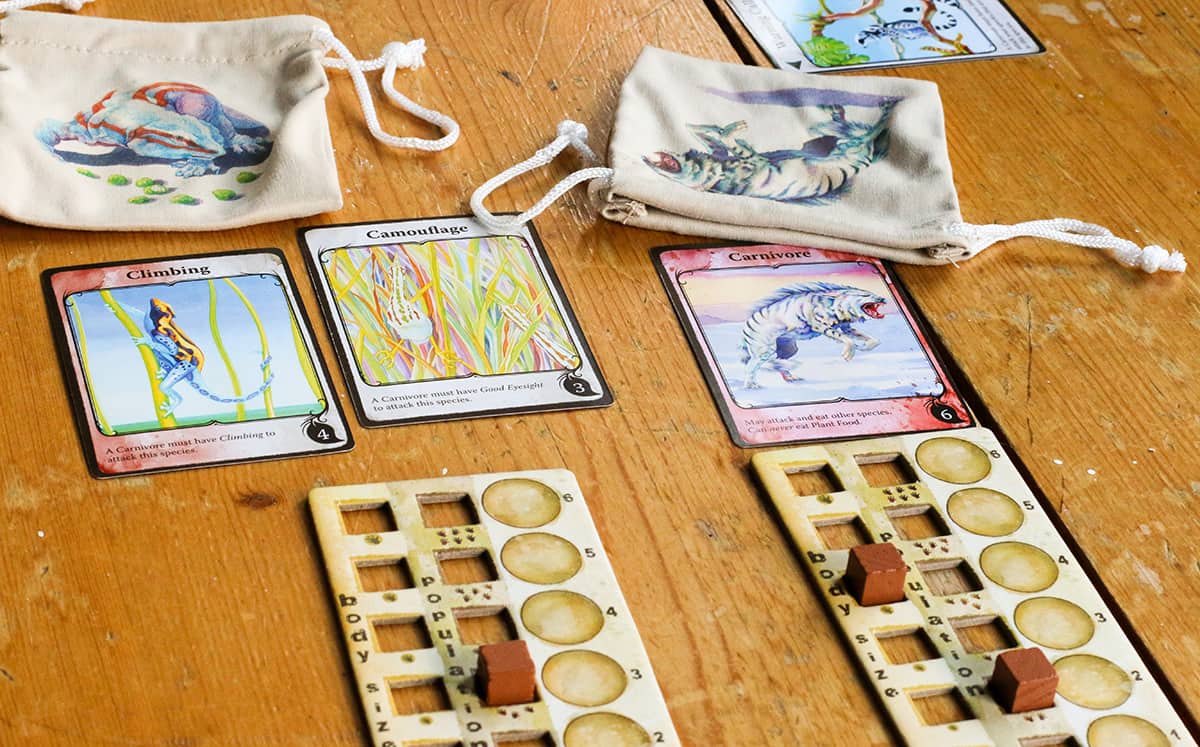 Matt: Yeah, it’s one of those games that just thematically nails it – it might not be a classic, but the symmetry there makes it fairly raucous fun. I also love the way that adaptation is the key to survival – a carnivore can thrive one moment, and then find themselves starving within a blink of an eye. The key to Evolution is being zen, and fluid – and for a game that’s quite confrontational I really love that.

Quinns: Yeah, let’s talk about it “not being a classic”. This is the best game I’ve played this year where I didn’t also have a burning desire to play it again. You can’t talk about it without having fun! You chat excitedly about the ideas and theme and art. But then you and I both came back from Gen Con, put it on our shelves and didn’t really need to play it again.

For me, that was because you see almost every card in a single playthrough of the game, so your first game is a wonderful parade of surprises and cool combos, but your second game just… won’t be. At that point, Evolution becomes a light family game.

Which is why I was excited about the Flight expansion! Tell me Matthew, my Avian Lord, does Flight get this game to the point where it’s going to be different every time?

Matt: It does shift things up quite a bit, adding new trait cards that all animals can use in addition to a bunch of new bird-specific stuff. Birds are weird…

Quinns: Matt, did you know that cockatoos are super smart and have a moveable headcraft which raises when they’re aroused.

Quinns: Look here’s a picture of me with a cockatoo in Bali. 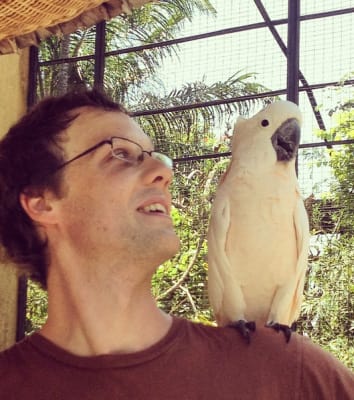 Matt: Fine, here’s a picture of me with a cockatoo in space. 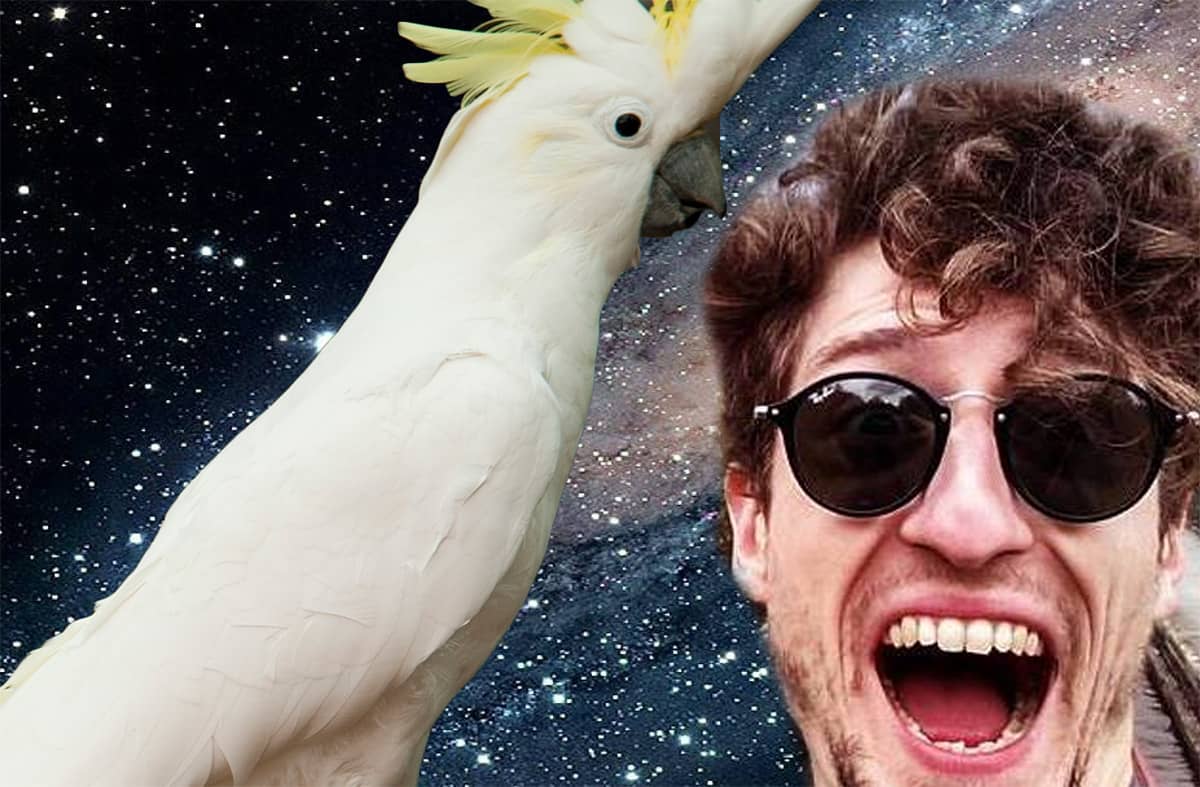 Quinns: OH MY GOD WHEN DID YOU GO TO SPACE

Wait. Why is it so aroused? What’s happening off camera?

Matt: The neat thing about the Flight expansion is that it genuinely adds another dimension – a new axis to inhabit where your creatures might flourish. When food resources are looking sparse or carnivores are making life impossible, you can invest two cards instead of one to create a brand new flying animal.

This gets you access to a limited but different pool of food from the cliffs, while still allowing you to swoop food from below like the cheeky vibrant hawk that you decidedly are. 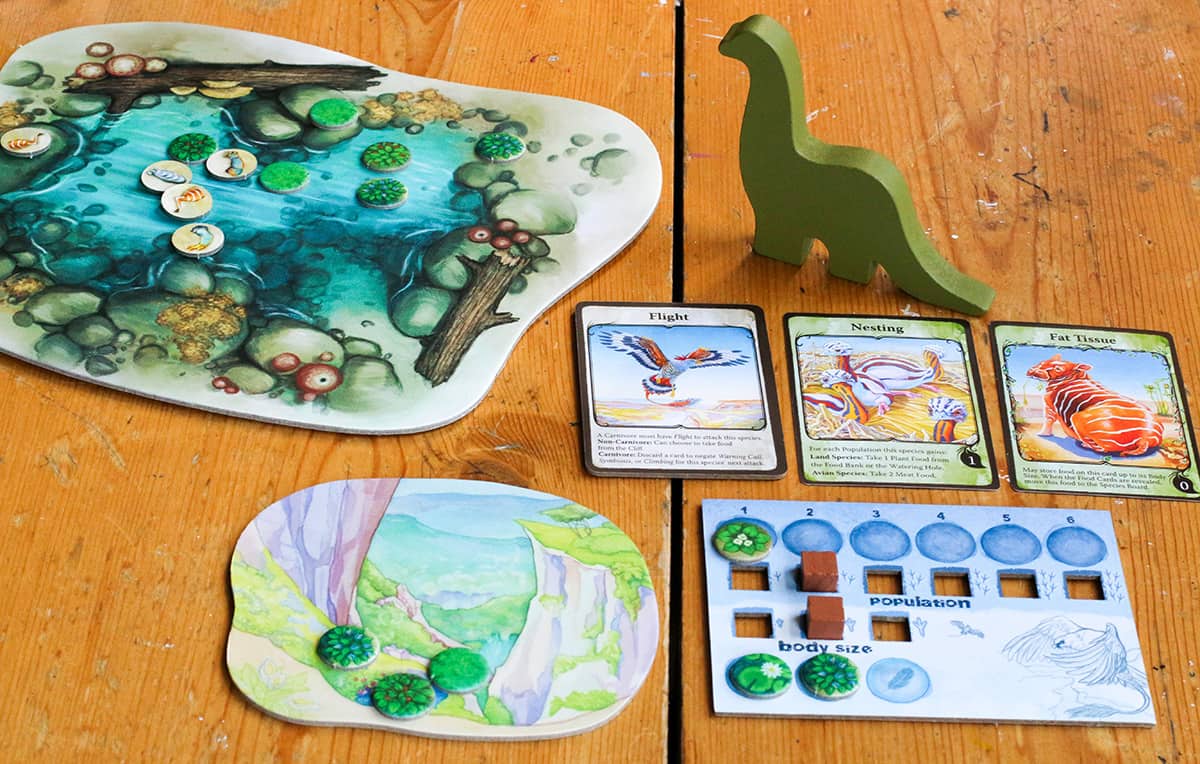 Problem is, it’s yet another party that inevitably gets crowded. Just as the game gets choked up with carnivores trying to muscle into the promised land of meat, it isn’t long before other players join you in the clouds and start cramping your style. There’s a neat selection of new cards that sort of let birds become self-sufficient as a way of counterbalancing the limited food, but you sadly can’t avoid the problem of WINGS. Before birds can actually eat food that earns them the points that = prizes, they have to devour their body size in food just to keep their wings up and running.

The skies are a sea of endless grub, but it only takes one fat carnivorous bird to show up and ruin everyone’s party. Suddenly all the birds need to be big, which means no-one can actually earn any points, which means it might be time to devolve your creatures and send them back down to the ground.

Flight makes the game a lot trickier to get your head around, mostly because the extra cards that go into the deck mean taking out a stack of cards to ensure that the deck is still the same size – this effectively thins out the original mix of traits, often making play-by-play choices much trickier. In the vanilla game it’s easy enough to fend off carnivores by giving your creatures defensive traits, but with Flight there’s a real chance you just won’t draw enough of them. It’s great, but it really does expand the scope of the game to the point where it stops being a light family game and starts being something that requires pensive tactics.

Quinns: Nice. Although then we’ve got the age-old problem of board game recommendations! A quandary as old as evolution itself. Why should they buy a (not cheap!) game and an expansion, when they could just buy a great game off the shelves? (Worse, it looks like Flight still isn’t available here in Europe!)

Matt: Well, I don’t think there’s a great reason. Unless they’re part of a big gaming group that can absorb the costs like a kiwi down the gullet of a lion.

Quinns: Ooh, what’s your favourite photo of a kiwi? I like this one.

Did you like white kiwis or ordinary kiwis better? 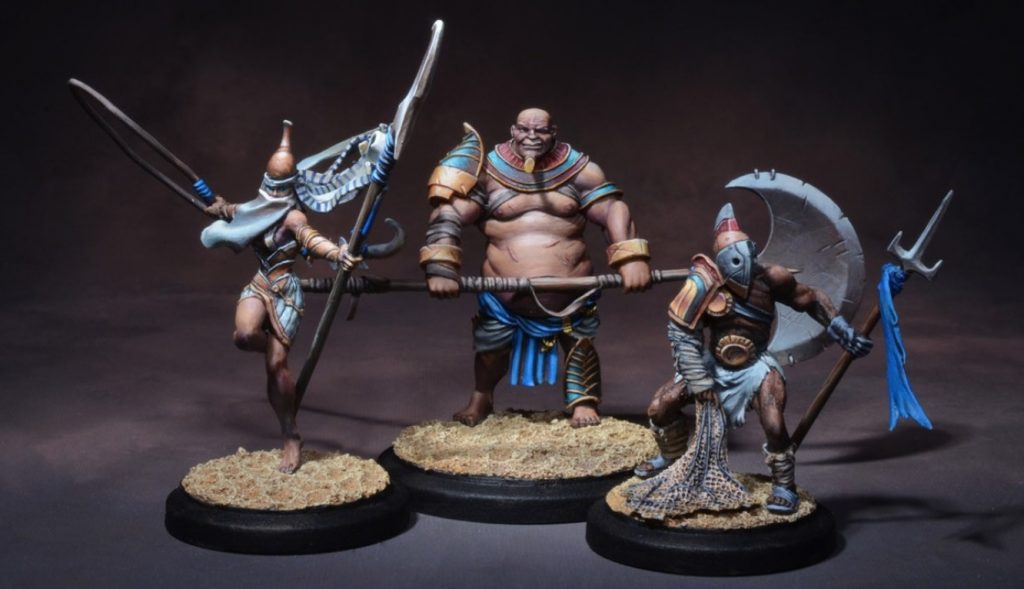 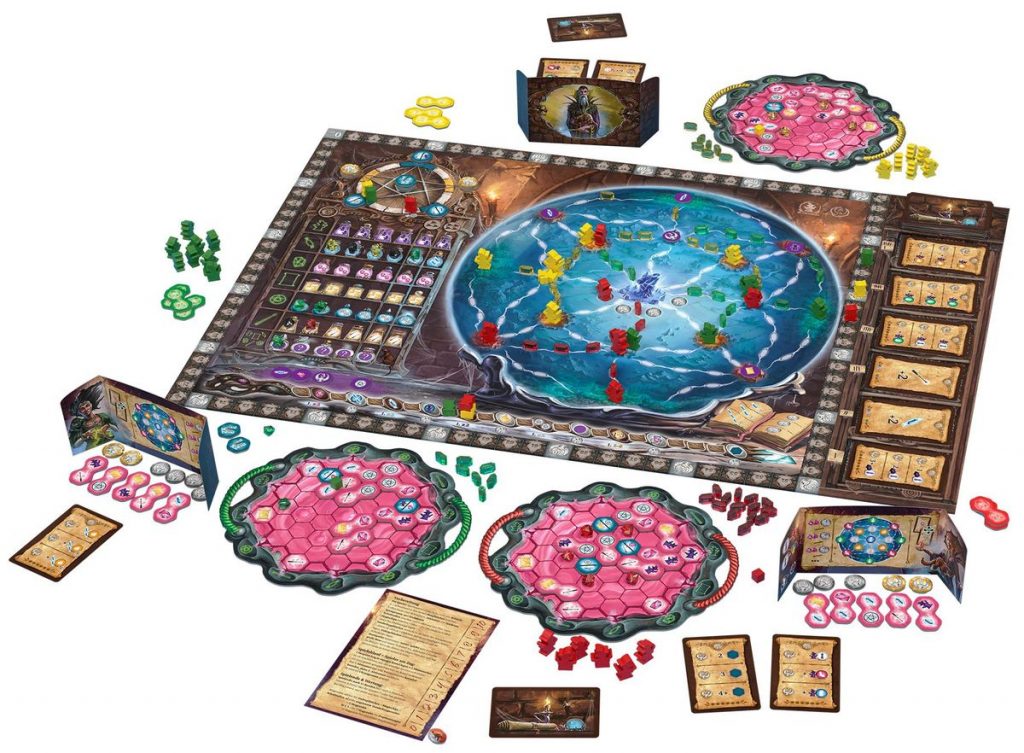