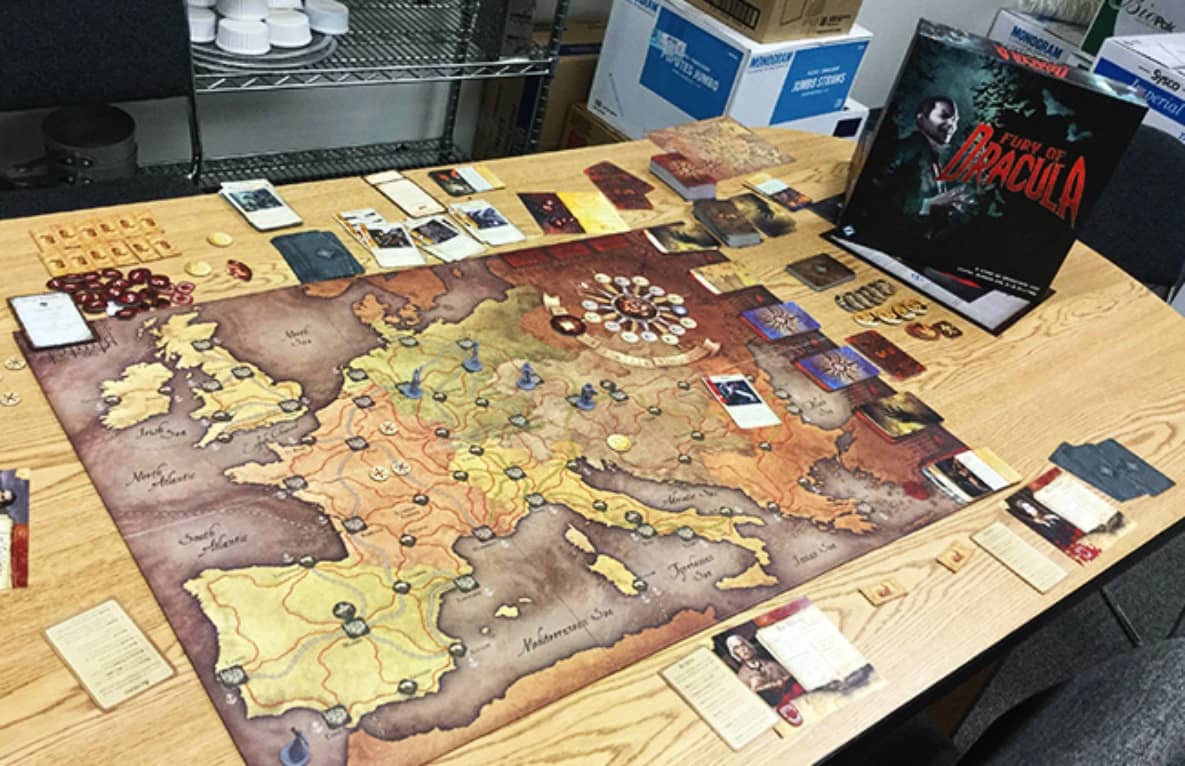 Quinns: Paul, Dracula is not a boy. He’s a blood-sucking aristocrat who leaves terror in his wake as he journeys across Victorian Europe. There are only four people who can stop him, Doctor Seward, Mina Harker, Lord Godalming and the silver fox that is Van Helsing. Four people is barely enough! Dracula could be anywhere out there, anywhere between Galway and Greece! How do you stop the tireless undead? 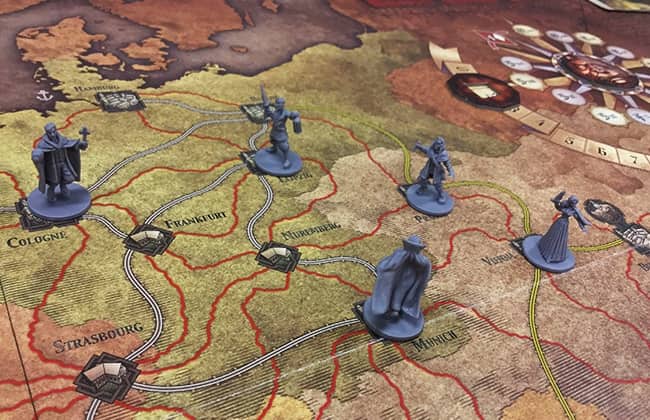 Paul: With stakes and sleuthing, of course. The way it’s always been. This third edition hasn’t changed too much, something that makes me very happy, and this is still a tense game of cat-and-count, a game of sneaking and slipping away into the darkness. Dracula still has his little sneaky map of Europe that he uses to plot his journeys, he still chomps on locals and leaves mini-vampires, or traps, or angry mobs in places he’s visited. He’s still a dangerous fellow to suddenly face in the darkness and the four vampire-hunters will have to be capable and co-ordinated to defeat him.

Quinns: I’m happy to say that it’s the same rickety, inter-railing rollercoaster it’s always been. Initially, when the players have no idea where you are, and have no equipment and no allies, you’re a predator. You have all the power. You can listen to their panicked discussions, and even stick together for fear of being chomped on by an elderly man. 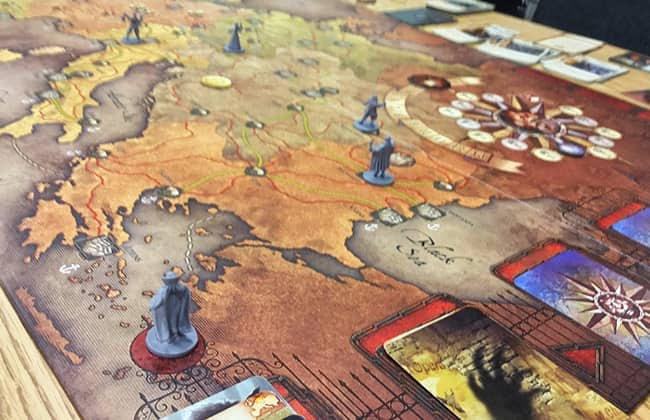 But things shift. Dracula leaves a trail of location cards in his wake, and eventually a player’s going to stumble across one of them. The fantastic puzzle of the “hidden movement” genre will begin, as players begin piecing together where you came from, where you were heading, and where you might be RIGHT NOW. And before you know it, suddenly Dracula turns from predator to prey. Before you know it, it’s an hour into the game and all four hunters are closing in on Spain like a gun-filled net, and you’re wondering whether you can stop running for just one turn to have a bite to eat.

Paul: SO MANY GUNS. I’m glad this new edition has given combat a good going over. Previously, it was a bit of a mess, with both cards and dice, giving something of a feeling of a scrap rather than elegant pistol duels or furious fisticuffs. Now, you’re simply playing cards with clear and concise rules for what they do or don’t counteract. A claw attack is weak but uncomplicated, while a bite is a risk but hugely powerful. This means it’s so important for the vampire hunters to scour Europe for all the gear they can in preparation, since the more they carry, the better they can counter anything that Dracula throws at them.

Quinns: It also means combat in the early phases of the game has a touch of the original Star Trek to it, with Dracula leering at a hunter with his “Mesmerise” card, only for the hunter to throw a hilariously uncomplicated Punch. 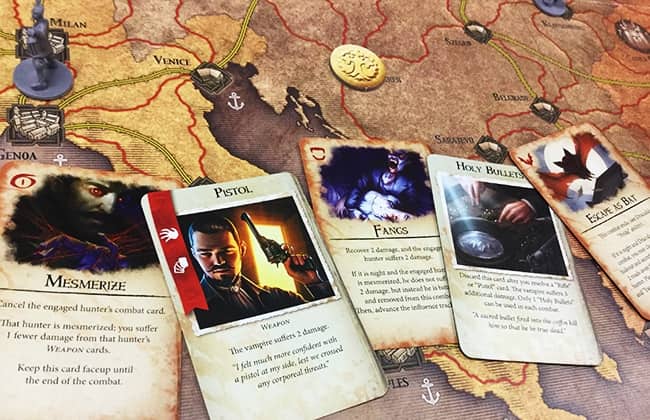 Paul: And this is something else I felt had changed subtly but significantly: Dracula felt powerful, but not overpowered this time. I remember games where collecting all four hunters together was first of all a big hassle and, even then, fighting Dracula as a team was something of a ruckus. Now, one or two well-prepared hunters can really hurt the count if they get the jump on him.

Quinns: Yep! And it’s this kind of gentle, intelligent refinement that defines 3rd edition. Chokepoints on the map have been opened up. The previous game’s byzantine timer has been replaced by the idea of weeks. The hunters spend less time waiting for their turn. Dracula’s Benny Hill-esque “Double Back” card from 2nd edition has been replaced by a more mysterious “Misdirect” card, allowing him to remove a card from his trail. Is it a bluff?! Who knows!

Paul: Urgh, saying all this just makes me want to play again. It’s been so long since I had a chance to be excited about chasing (or being chased) across Europe and being able to see Dracula back on shelves once again makes me feel very happy. While I don’t think the new Fury completely removes some of the original’s sometimes quite overpowering randomness, with certain combinations of cards suddenly making one side overwhelmingly dangerous, this isn’t much of a sticking point for me. 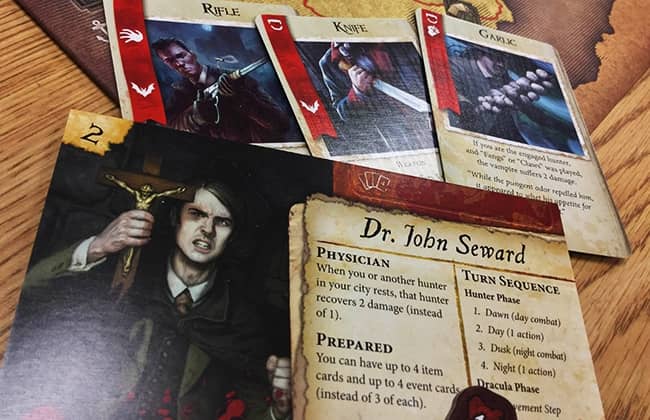 Sometimes you turn up ready to kick someone in the teeth (or fangs), only for them to play a card that lets them melt away into the night, completely unopposed. Other times, what seems like it could be a fight to the death turns into nothing more than a few swings of a fist. A single card can stop a precisely-placed ambush or floor an otherwise extremely tough opponent. That’s just how it goes and, to my own surprise, I actually kind of like it this way. The balance of power always shifts and you’re never quite sure when the climax of the game is going to be, nor what is a skirmish or what is a real fight. Nothing is certain. Often, you survive again to fight another day, limping away to lick your wounds. It feels right.

Quinns: God, I love it. It’s probably a must-buy for me, with the only downside that it’s really only a 4 or 5 player game. 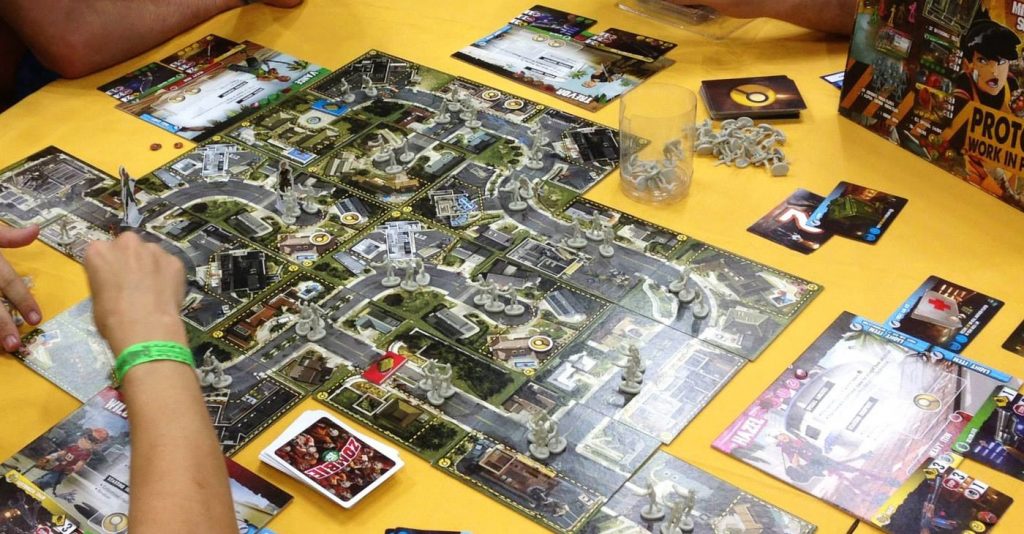 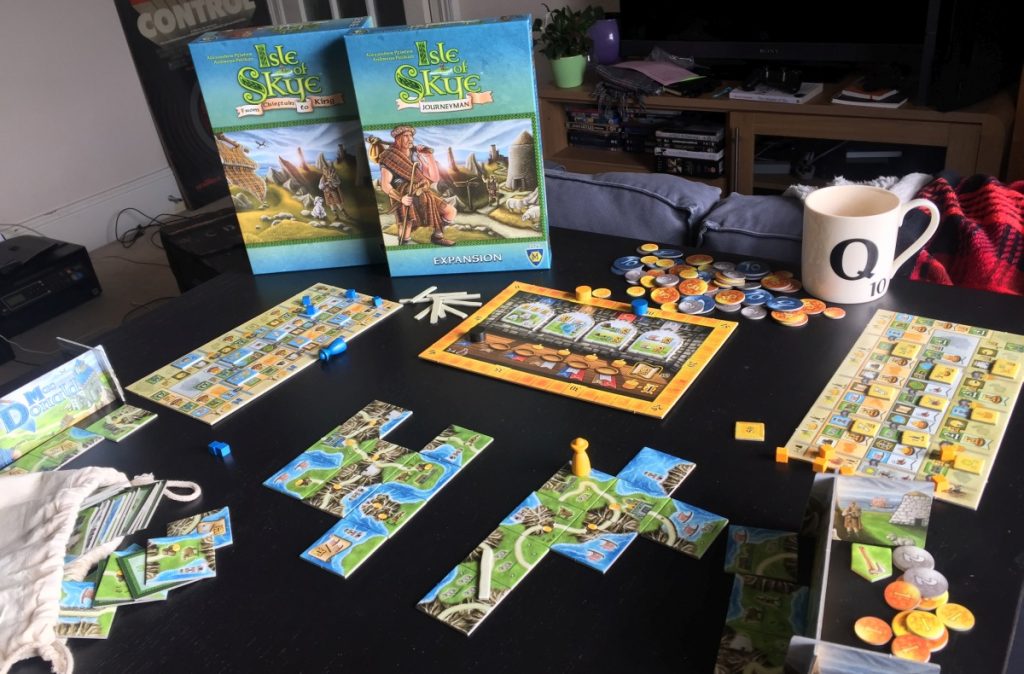 Quinns is on the Plaid Hat Podcast!