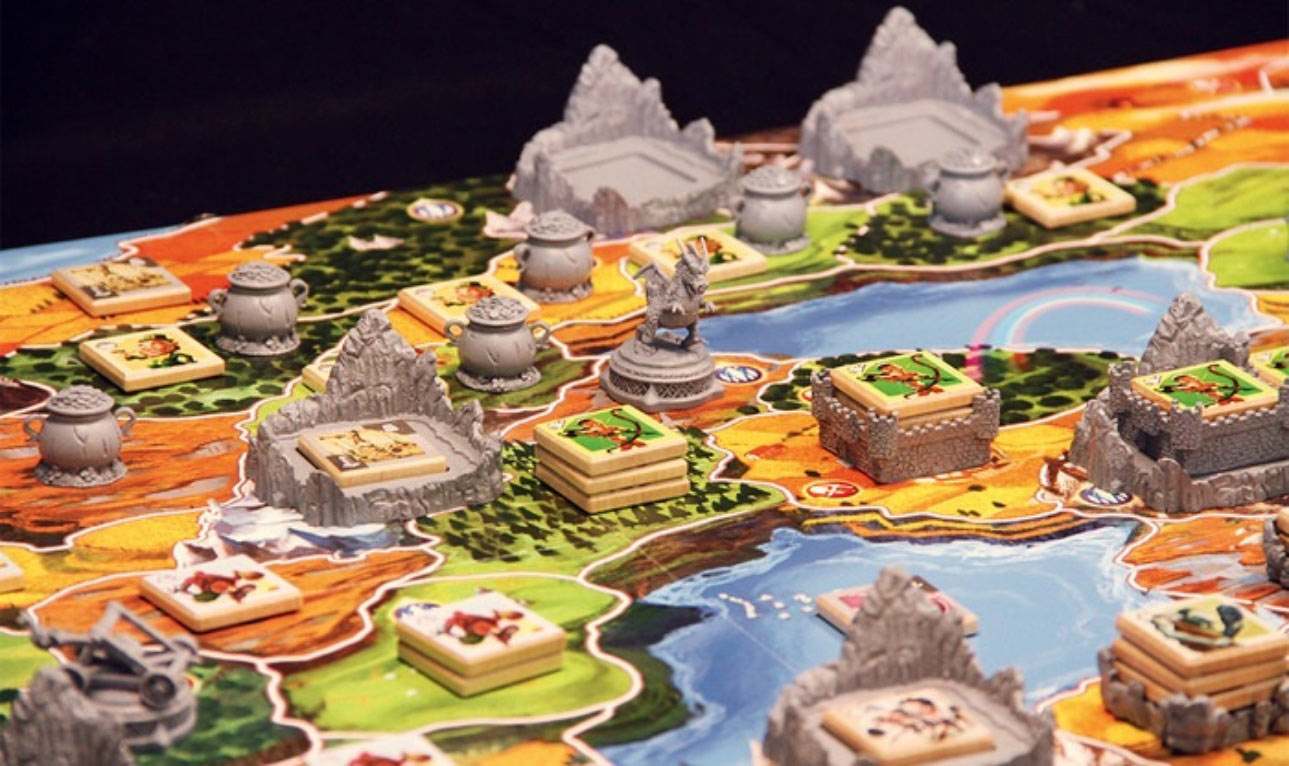 Quinns: Morning everyone! How are we all? It’s a lovely sunny day in London, with Autumn air crisp enough that you could take a bite out of it. Just the thing to chase away my memories of being a cutthroat bastard in a game of Chinatown at the weekend. I’ll tell you what else- I can’t remember the last time I played a game and immediately had so much to talk about. Expect a review as soon as we can manage.

There’s only one thing to say about the imminent “Designer Edition” of classic area control game Small World, and that is oh my god, oh my GOD, MOTHER, COME HERE AND LOOK AT THIS IMMEDIATELY. That’s it up top, if you hadn’t guessed.

The finished box will contain 307 “deluxe” wooden tokens as well as resin miniatures, oversized boards, custom metal coins, almost all of the expansions, a new 6 player board and a little hardback “encyclopedia” containing concept art, illustrations, strategic advice and trivia.

But should you buy it? I’ve been coming up with plus and minus points.

Plus: this is the nicest treatment any board game design has ever received

Minus: it will make every other board game in your collection look like a joke

Plus: have you seen the mother****ing box

Minus: if your friend spills wine on it you will beat them to death

Plus: the jury would probably take your side

Plus: I mean it’s ok 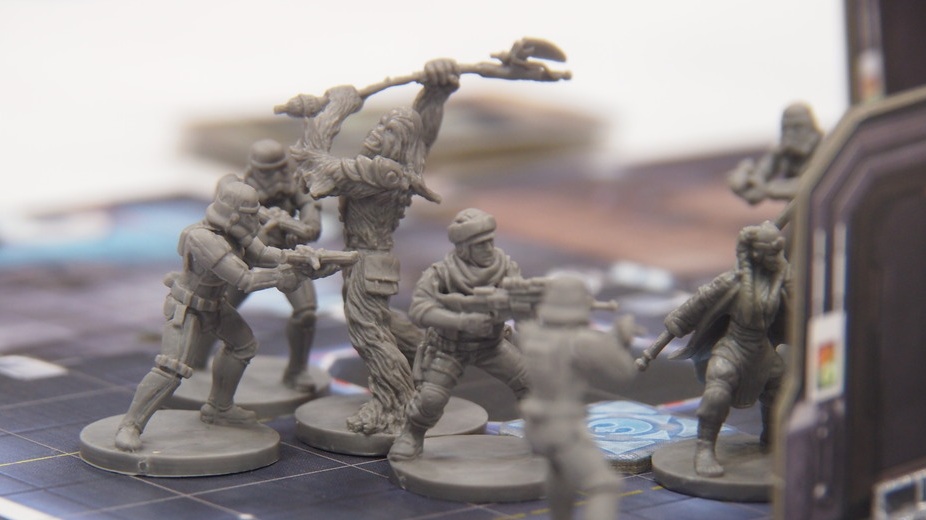 Fantasy Flight has released a series of previews for Star Wars: Imperial Assault that show all the new features the game adds to fantasy dungeon-crawler Descent, although they’re still not mentioning the two near-identical games anywhere near each other. The Englishman in me likes their resolve on this one. They’re dealing with inbreeding with all the steely silence of a royal family.

This article takes a look at two of the heroes you can play, this one covers all the fancy ally and villain packs that individual players can spice up the campaign with and this one examines items, experience and (my personal favourite new feature) personal obligations.

There’s a touch of this in Imperial Assault’s new character obligations. Players can take a break from the main campaign to do a side mission unique to one player’s character that can unshackle them from their past and makes them stronger… if your side wins.

We’ve got some Kickstarters next, starting with– OH MY GOODNESS, what’s this?! Paul Dean from this very site is involved in a relaunch of classic dark comedy RPG Paranoia! Well pickle my boots.

It’s not the prettiest Kickstarter page, but don’t let that put you off. Phenomenal writer and designer James Wallis is spearheading the project, Mongoose Publishing is handling fulfillment, and if you haven’t heard of the game itself… well, let me tell you a story.

In Paranoia everybody plays the residents of a sealed arcology run by an entity known as The Computer, though you’re best off imagining the world as a sci-fi Soviet Russia. There are many terrifying levels of bureaucracy and many byzantine clearance levels, you see. Paul told me about one game he played back in the nineties where his team was driving along in a car, when with mounting horror they realised that while one person had clearance to drive the car, nobody had clearance to use the brakes.

This is a game with a death rate so high that the reboot promises wipe-clean character sheets. I’m sure you’ll agree that if Paul was ever going to work on a table game, this is a good fit. 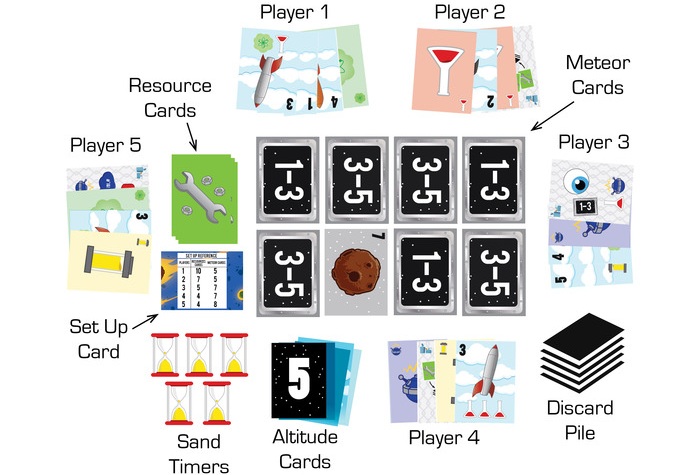 Meteor! is another Kickstarter that sounds similarly silly. It’s a teeny, five minute real-time co-op game about using rocketry to protect the earth from a meteor storm.

It features five (count ’em) sandtimers and a technology upgrade that allows players to talk to one another, so I’m sold, though the rest of you might like to know that there are a variety of difficulty settings as well as some BOSS METEOR cards. I’m positive that any co-op game could be improved by a “boss” anything showing up at the end. Wok Star? Quickly, prepare some BOSS NOODLES. Pandemic? Oh no, it’s the BOSS GERM. 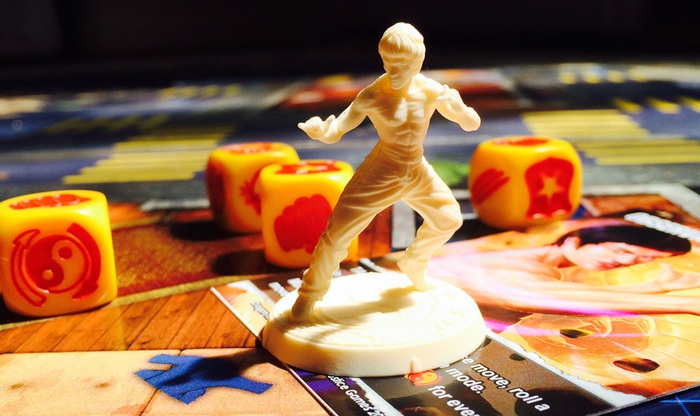 I’m linking Return of the Dragon not because I think you guys should back it (I’ve yet to see a miniatures game come out of Kickstarter that I’d recommend), but because I’m head over heels in love with theming a miniatures combat game around kung fu films.

I’m tired of killing orcs with an axe. I want to fight bad dudes with a stepladder. And if you’ve never seen Jackie Chan’s First Strike, for the love of god click on that link. 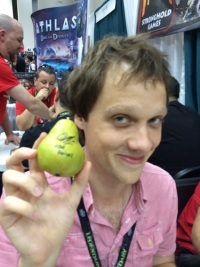 AND FINALLY! It’s a very special time of year for board gaming. I am, of course, talking about the Jack Vasel Memorial Fund Auction, 2014! A huge grab-bag of items that are put up for auction by the board game community, with the money going towards anybody within the community who’s suffered terrible personal hardship. If that sounds like you, you can apply for help here.

If anyone’s interested, designer of Gravwell Corey Young has put up the above Reference Pear signed by myself, Paul, Matt and Brendan right here. 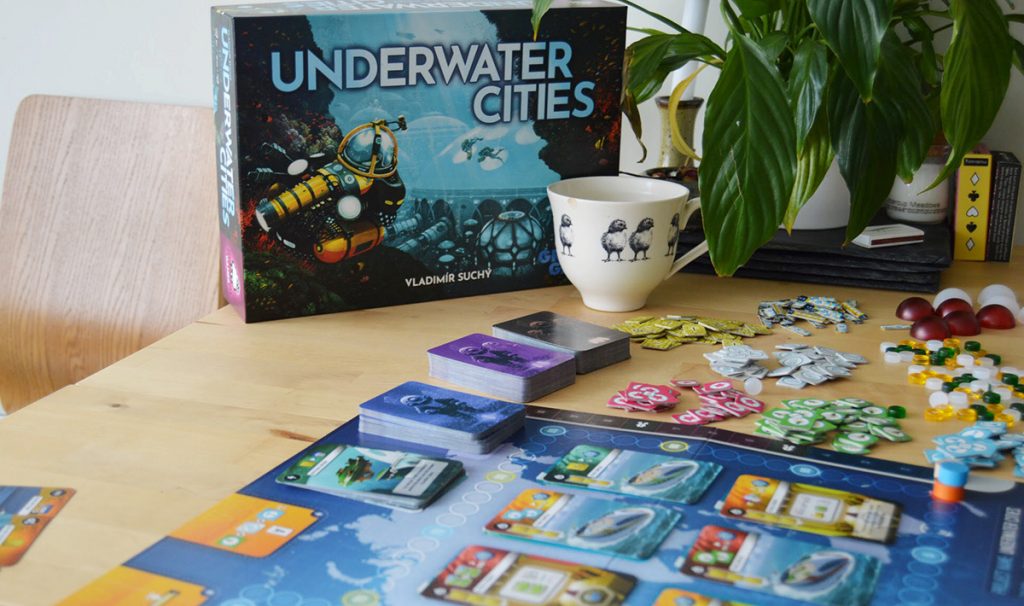