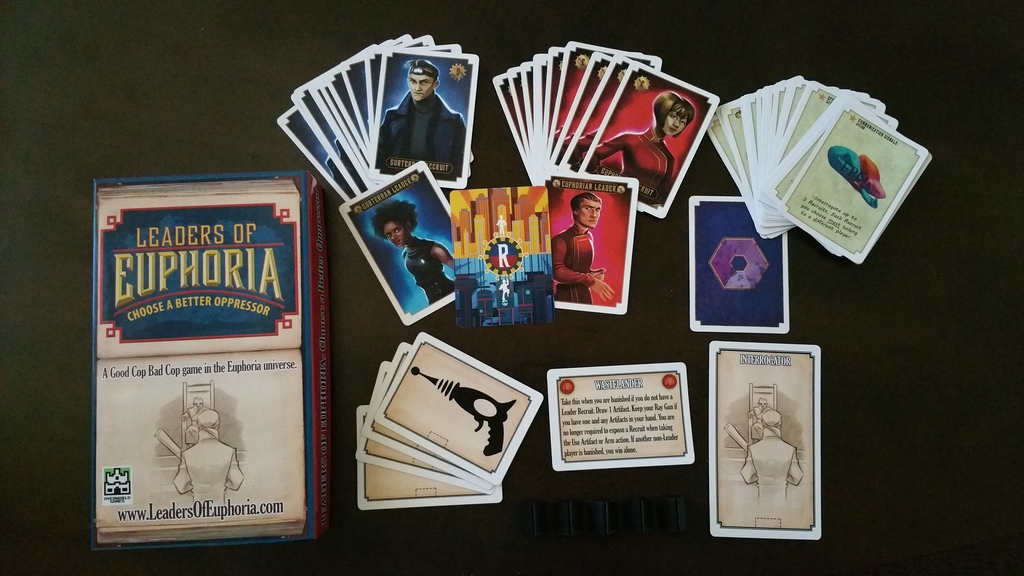 Paul: Quinns I am so sorry I have not been well recently please can you do most of the news please I have had some energy and did some shopping and even went out today to a Halloween gathering but my nose is some weird tap for strange goo that I can’t control and-

Paul: I’m not to ill to say that I am curious about the Kickstarter for Leaders of Euphoria and its interesting mix of hidden identities and the penalties for misguessing those identities. Leaders of Euphoria is actually the new edition of Good Cop, Bad Cop, which we heard was excellent but never reviewed due to low stock availability. There are tweaks, though! This time the eliminated players form another, separate team that turns against you?! I’d like to see how well that works. Also there are giant rayguns and–

Quinns: No no go back to bed.

Paul: But wait I also was looking through BGG’s news section this week and was charmed by Tatara, Field and Forest. How can I ever get better if I’m not looking forward to planting trees and thinking about sustainable forests? How cute is this? (Answer: very.) 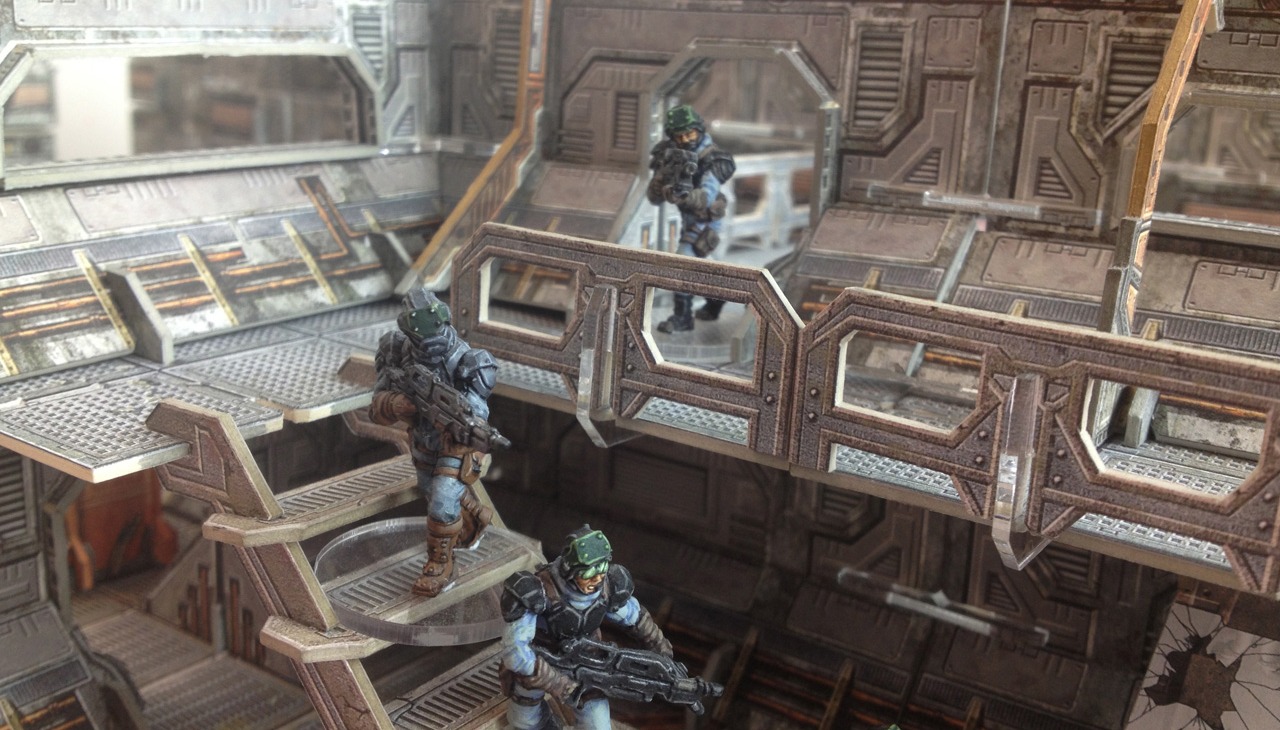 Paul: But Quinns, the Kickstarter for the terrain you used in your Infinity Let’s Play was just posted! Battle Systems Sci-Fi terrain is live, available for people to back and is already slipping through stretch goals! Now people can play your favourite miniatures game without having you paint their own scenery. That’s–

Quinns: I know! It’s very important. But it can wait, Paul.

Quinns: I know, I know, we need to tell theem about the Kickstarter for Dialect, the one-shot RPG about creating a new language!

Quinns: Off you pop!

…is he gone? Amazing.

Alright everyone, the news is finished for the week. We’ve got more important things to discuss. 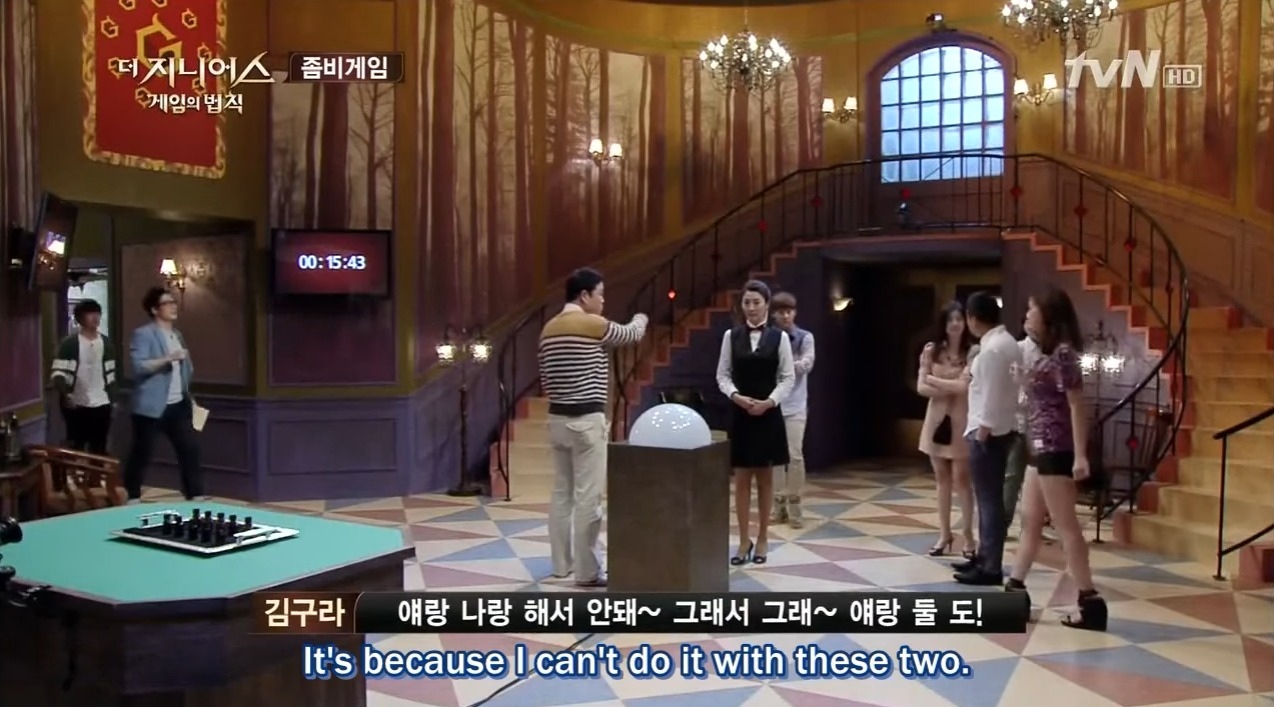 In a nutshell, The Genius is a South Korean reality show (and game show!) where a team of 13 celebs (including comedians, professional poker players, newsreaders and pro Starcraft players) compete in a completely different game each week. On every episode one contestant gets eliminated, gradually whittling 13 players down to 1 winner who gets a big ol’ cash prize.

The thing is, it’s clear that the production staff on The Genius play designer board games. Not only do The Resistance, Coup and Dixit show up on The Genius without any recognisable branding, the showrunners routinely invent games that are just as interesting to watch.

Oh, and each of these games is presented with a fabulous little animated rules explanation that always has the same dance track in the background. I now get a Pavlovian surge of excitement when I hear that bloody song. 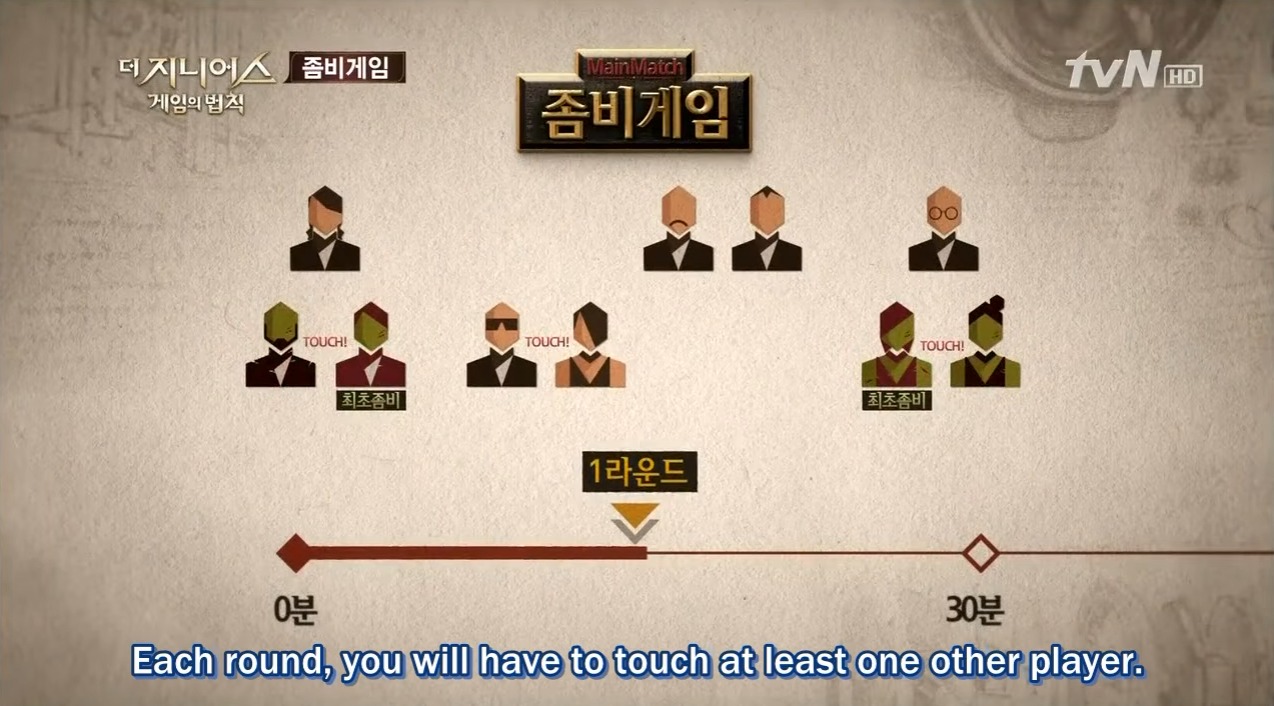 But I wouldn’t be recommending The Genius with such glee – I’m typing all these words with a GIANT grin on my face – if each week it was just a board game playthrough with the production values of television. There’s so much more to it.

For starters, by setting each game of The Genius in multiple rooms and spreading it out across an entire afternoon with hours between turns, The Genius makes even its simplest games into diplomatic car crashes. In season 2 we see what happens when a game of The Resistance has an hour between each turn, and it’s super interesting! I’m reminded of the wisdom that any crap game can be made better with the addition of a chess clock. The Genius shows that any social game can become pretty great if you have enough time to negotiate. 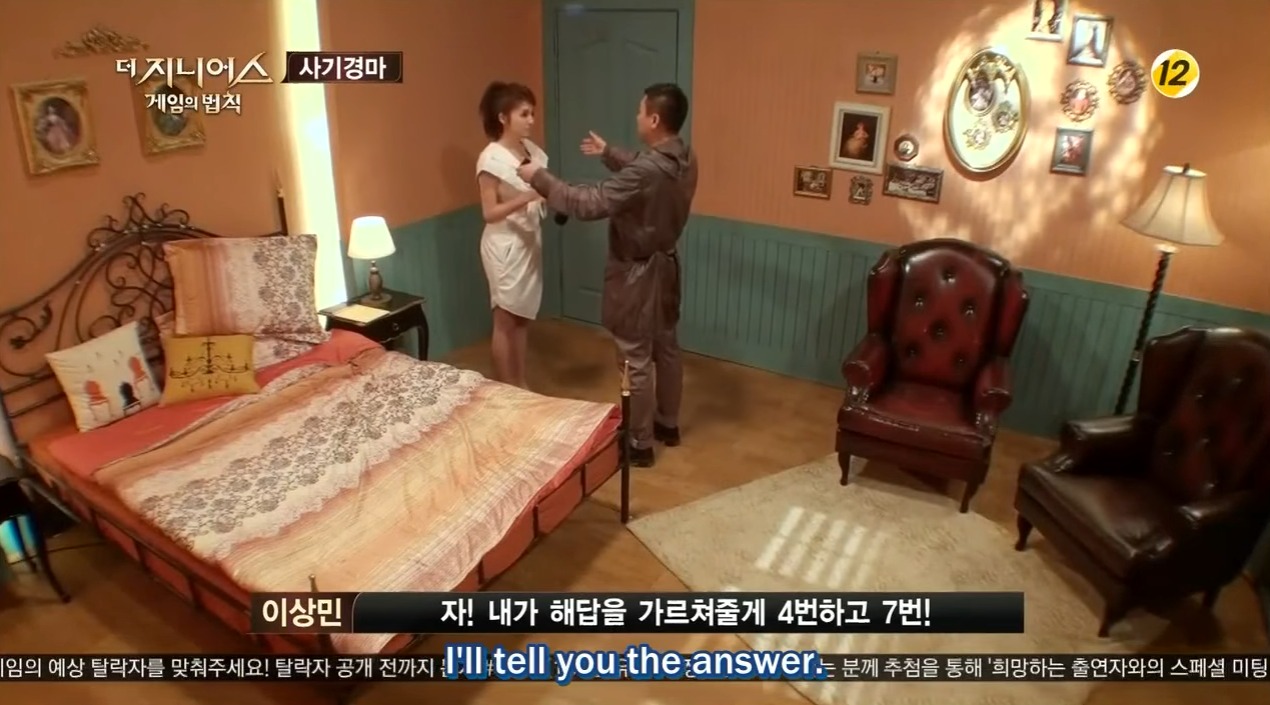 Things get even more exciting for game theory dorks when we look at how contestants are eliminated from the show.

The worst-performing player in each game has to play in a 2 player “Deathmatch” game with a player of their choice, and the player that loses that game gets eliminated. In other words none of this negotiation or betrayal is happening in a boring zero-sum environment. It’s not just that betraying a player will lead to them being less likely to work with you in next week’s game. Ruining another player’s game might see them picking you for the Deathmatch, unless you actually win the main game, at which point you can’t be picked by the loser, and you get to save another player of your choice, too. Oh, and players can support one another in the Deathmatch in a variety of cute ways.

Anything else? Oh, yes. The Genius is home to some fabulously manipulative editing, jumping backwards and forwards in the narrative to first set you questioning how this game will ever get to point B – a contestant betraying their best friend, say – but by the time you figure that out (near the end of the episode) it’ll jump back to the beginning to show you two players making a deal that shows the whole episode in a new light. 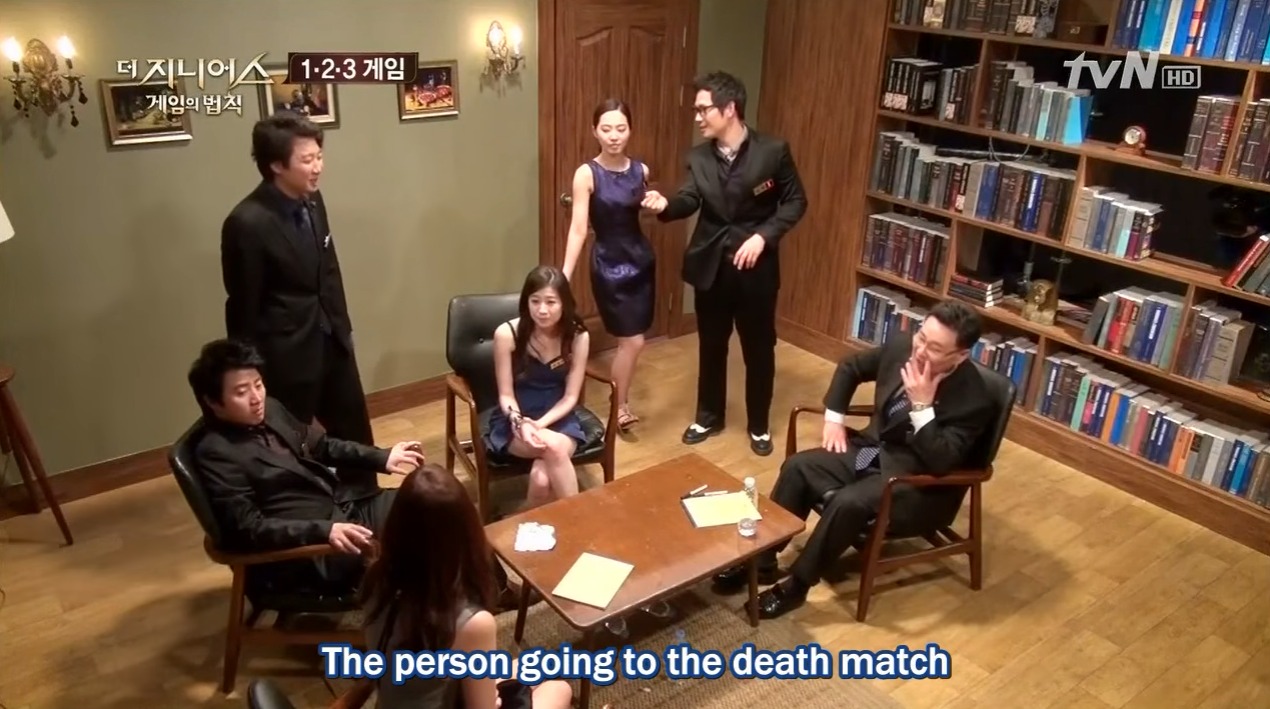 I don’t know what I like most about The Genius. It could be the fact that week after week it presents games that could never, ever be broadcast on English-language TV for fear of being too complex. Sometimes rules are even left ambiguous for the sake of the plot, when a contestant asks a croupier about a specific rule half way through the match. The whole thing involves an astonishing level of trust from the showrunners, as stunning as if your TV had thrown a glass of ice water in your face. God bless South Korean viewers for watching this show enough to justify 4 seasons.

But do I really like that as much as the characters and relationships that emerge? I don’t mean to make this show sound like a slow traipse through complicated games. Because each episode of The Genius takes all day to film, cameras are rolling constantly, there’s no host presenting the show and there’s a serious prize at stake, none of the contestants are putting up a front. We see them making private jokes, forging real friendships and even obeying and joking about Korean social norms. That’s a whole thing in and of itself- there are real implications to Korea’s ageism when playing a social game, with older contestants able (almost always) to boss younger contestants around. 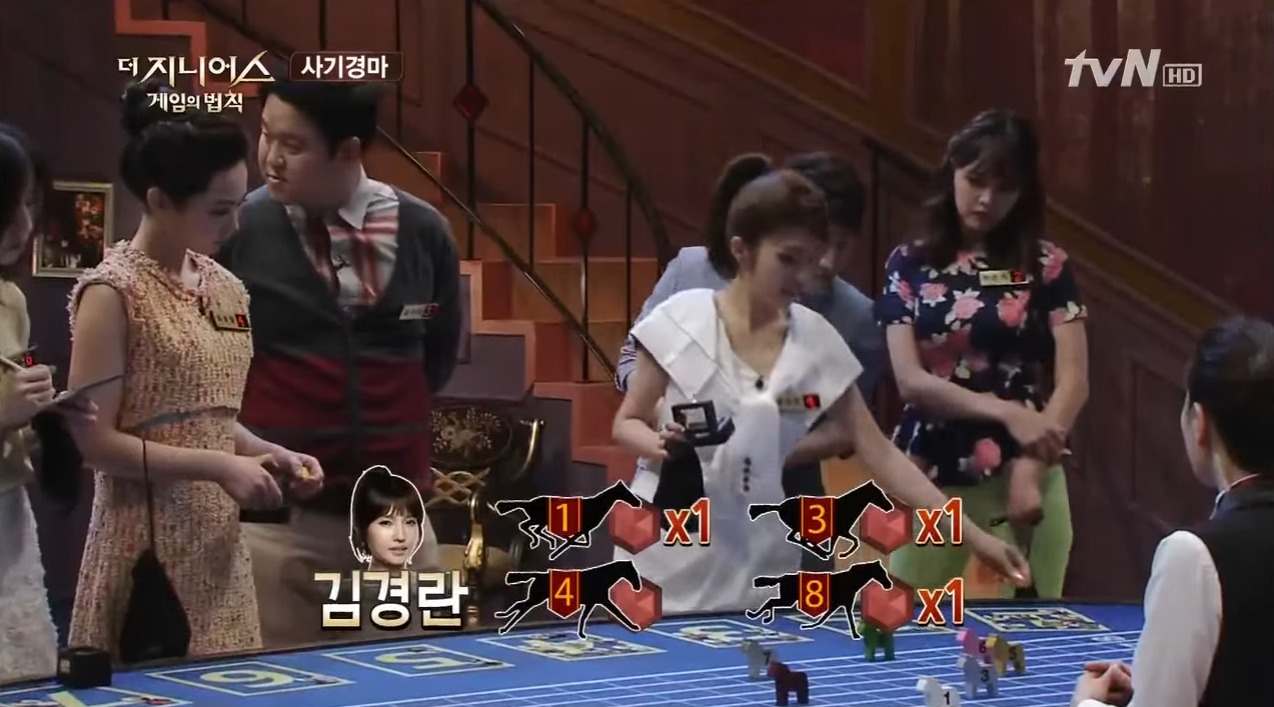 Or do I love The Genius the most for letting its contestants cheat?

This is, perhaps, the area where I stop simply enjoying The Genius and start falling in love with it. While the games are always complex and routinely involve contestants filling multiple A4 pages with note-taking and calculation, they also allow for creative contestants to play in wildly inventive ways. Without wanting to spoil anything, across just the first season of The Genius you witness not just bribery and lies, but trading and forging of game components.

GOD, I love it so much. You can watch all of Season 1 (lovingly subtitled by a fan) through this link. Seasons 2, 3 and 4 are also to be found on the internet but will require a little more digging if you want to find them. But do make sure you watch the seasons in order since Season 4 is a “Grand final” made up of famous Genius contestants, and let me tell you, by the time you’ve made it through the first three seasons of The Genius that’s the most exciting prospect in the world.

Finally, I also need to apologise because it was a SU&SD fan who first pointed me at this show, and has filled so many of my evenings with joy. If that was you, speak up! My wife and I need to thank you.

Edit: It was @AdrianBFalcone! You’re the best. 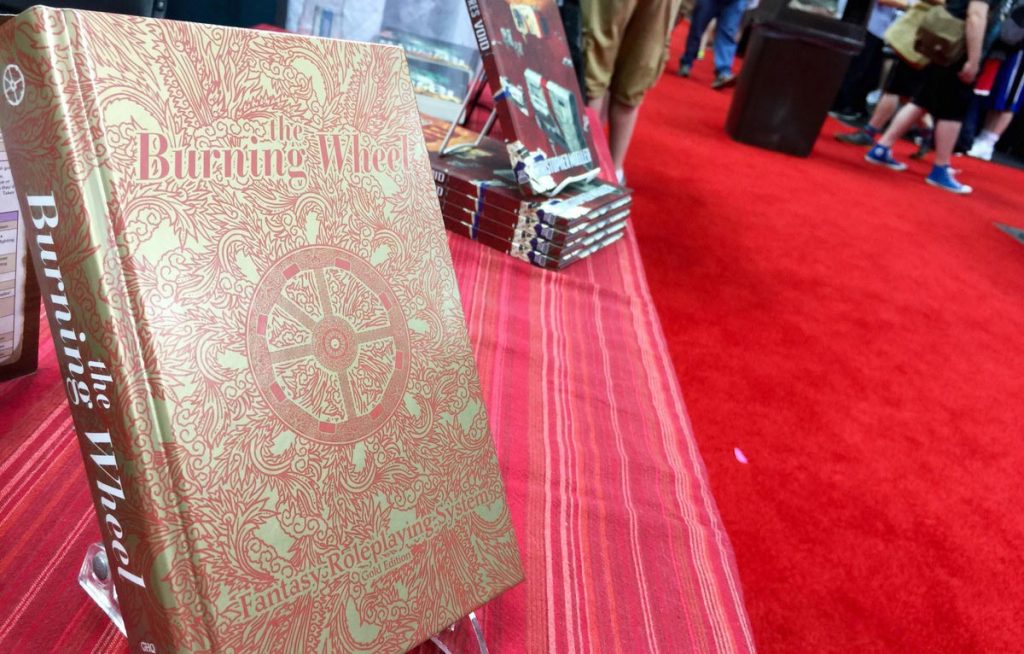 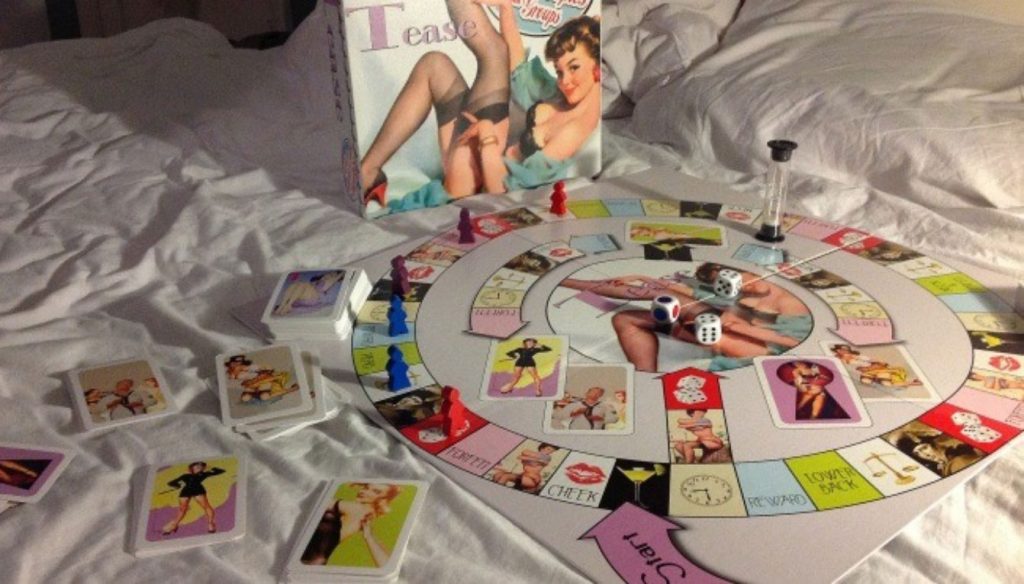