Paul: Good Monday to you, dear readers. Please, take a seat, take a break, take pause and taaaaake me to the magic of the moment. On a glooooory night.

How appropriate that, while Quinns takes a well-earned break on an unusual and unique Mediterranean island that I am not going to disclose the name of, I’m ready to tell you all about Valletta, a terrifically tempting game of jaunty hats.

As you might know, the town of Valletta is named after Jean de Vallette, the knight who waltzes his way through the new Hans im Glück game which BoardGameGeek have just taken a peek at. Jean is very nosy and likes to watch as you build both his city and also your own decks of cards. While most deck-builders are about playing cards to gain more cards that present new and better abilities, Valletta sprawls its mechanics in all sorts of different directions and has you managing resources, upgrading buildings, regularly binning cards to keep your deck lean and efficient and also plundering those discards like a raging raccoon, running away with other people’s garbage. 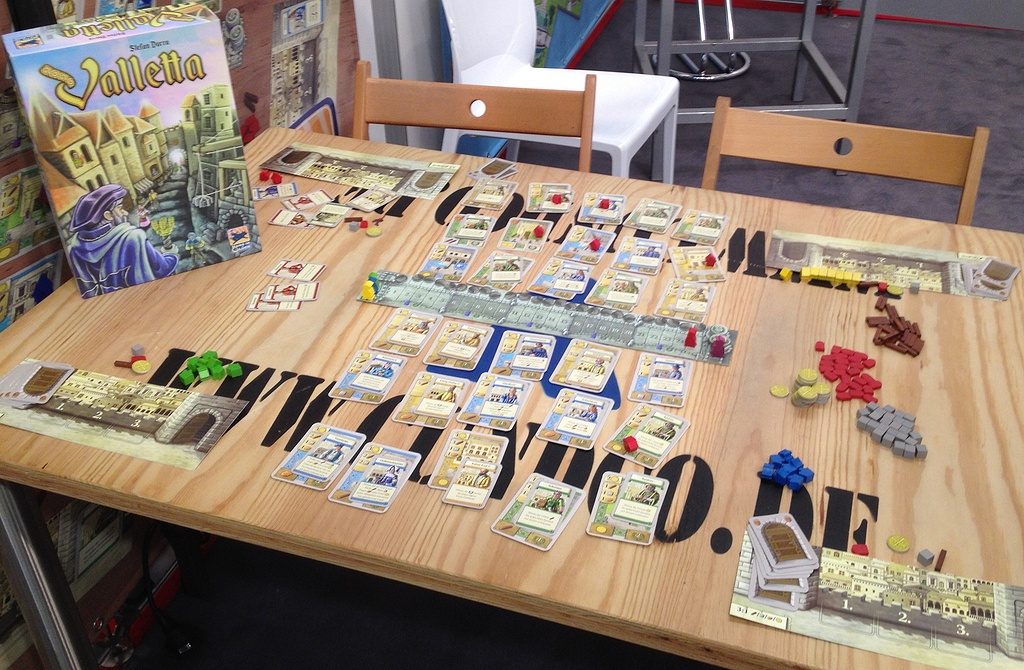 Naturally, the most successful builder is the winner, but being successful also requires being noticed. As ol’ Sir Jean’s little purple personage struts about town, you want to be building things right next to him, since it seems he’s one of those managers who only attributes a project to the people he sees working on it in the brief moment he’s nearby (God, we’ve all had someone like that, right?).

You can mitigate his shortsightedness somewhat by playing cards to shove him in the direction of your next work, but expect everyone else to also be yanking him up and down the street until the sun sets. Now, as a deck-building fan, I’d be a little nosy any day of the week, but I’m really interested in the added complexities here. Credit (and love) to BGG for these first photos and for whetting my Pavlovian response. 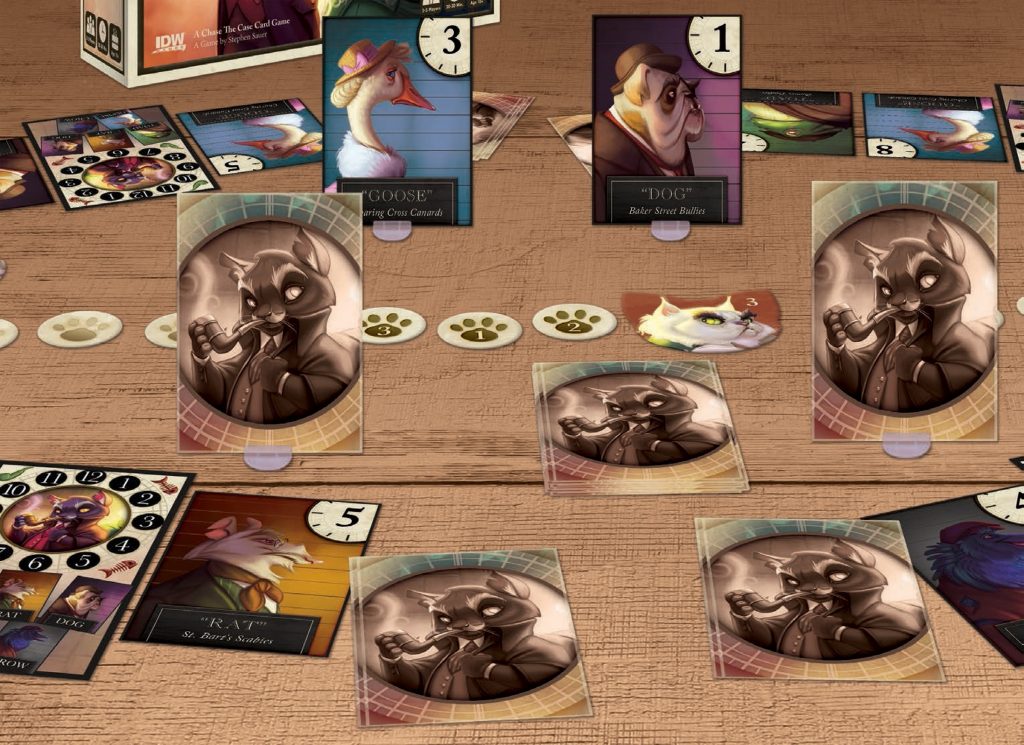 True story, next: Earlier this week I almost thought I was going insane. I could’ve sworn I’d seen news about a cat-based detective game doing the rounds, courtesy of IDW Games, but when I checked their website and social media accounts, I found nothing. Strange, I thought, did I actually dream this? The idea of a crime-solving cat is pretty far-fetched, after all. 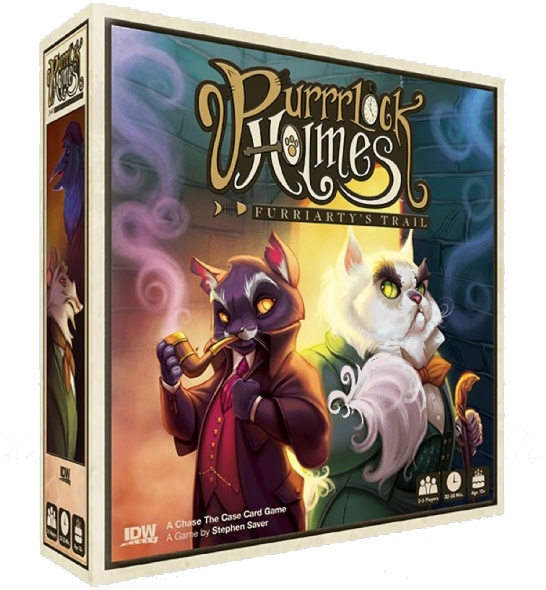 Purrrlock Holmes isn’t currently mentioned on IDW’s site or their social media, but I can confirm that it definitely exists and is at least 100% real (perhaps even more). It casts players in the roles of detectives in a world of intelligent, Victorian animals and oh God I think I may have just had an aneurysm. That, or I’m just having extremely aggressive flashbacks to the anthropomorphic cartoons that were everywhere when I was a kid (I’d recommend Dogtanian and the Three Muskehounds over Around the World with Willy Fog and good God that music is awful what do we do to our kids). Do I want to be a cat or dog detective, racing against time and playing cards to catch a very furry master villain? Perhaps I do.

Speaking of furry things, we were delighted to discover Monstrology, whose creators have both an excellent concept for a game and also an excellent pitch video to go with it. Monstrology is a co-operative deduction game that’s a little bit like Dixit but far funnier. One player is trying to get everyone else to correctly guess a monster from a lineup according to how they rated that monster in a selection of… curious criteria. For example, is this monster good at mathematics or babysitting, vulnerable to rust or a fan of cupcakes? 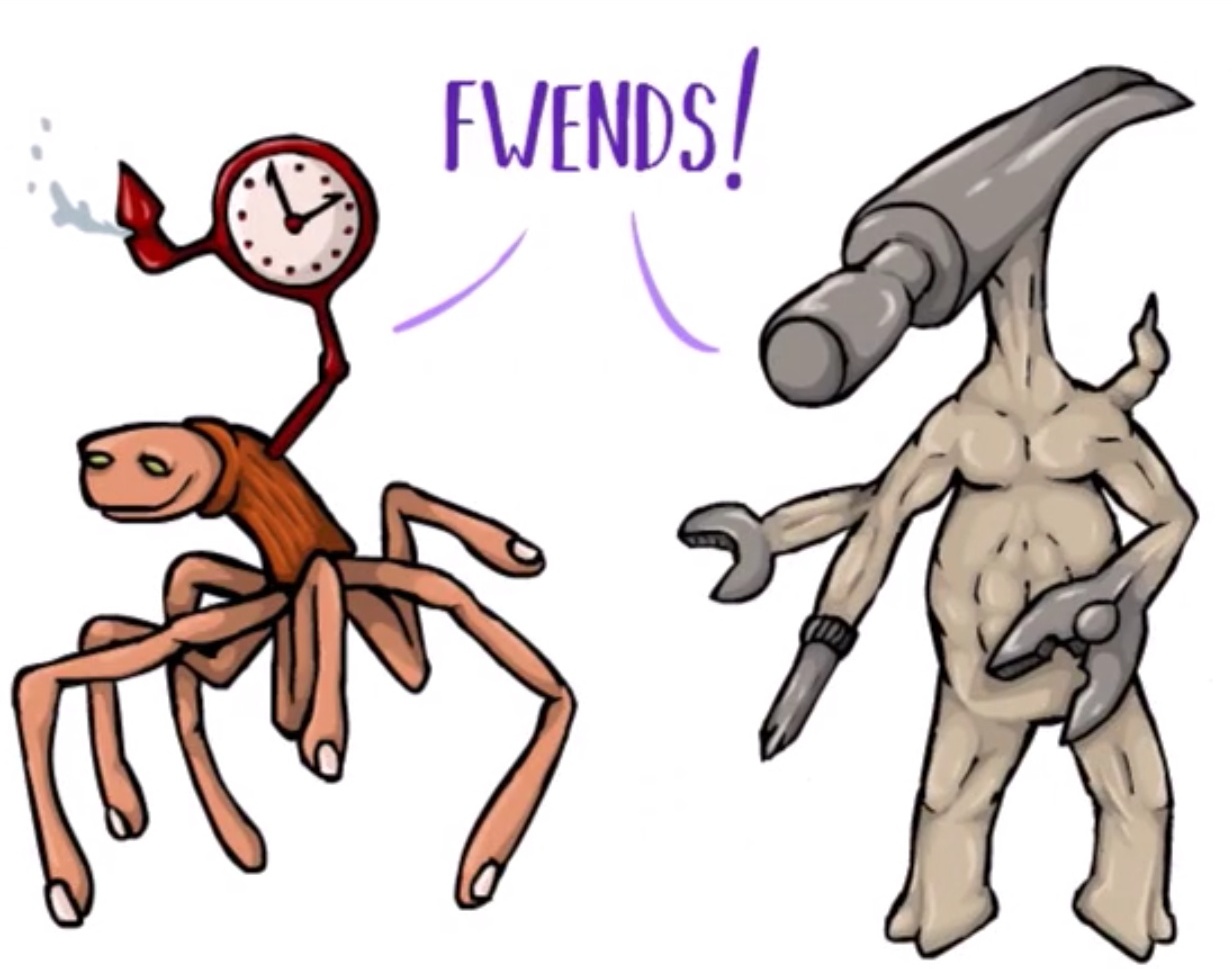 Monstrology is currently about a fifth of the way toward its goal and it still has a most of its month to go, so I’m hoping this is a project we see funded. I want to be able to have a lot of arguments about why I am right about a monster being good at babysitting. A lot.

Over in what we like to call the Teasing Zone we have the briefest of announcements. Firmly believing that showing is better than telling, Libellud have given us a single, ghostly-bright photo of Secrets & Lies, a new Mysterium expansion. Previously, we’d heard haunting hints that this expansion will add six more characters and six more locations, but we also sense something more beyond that. 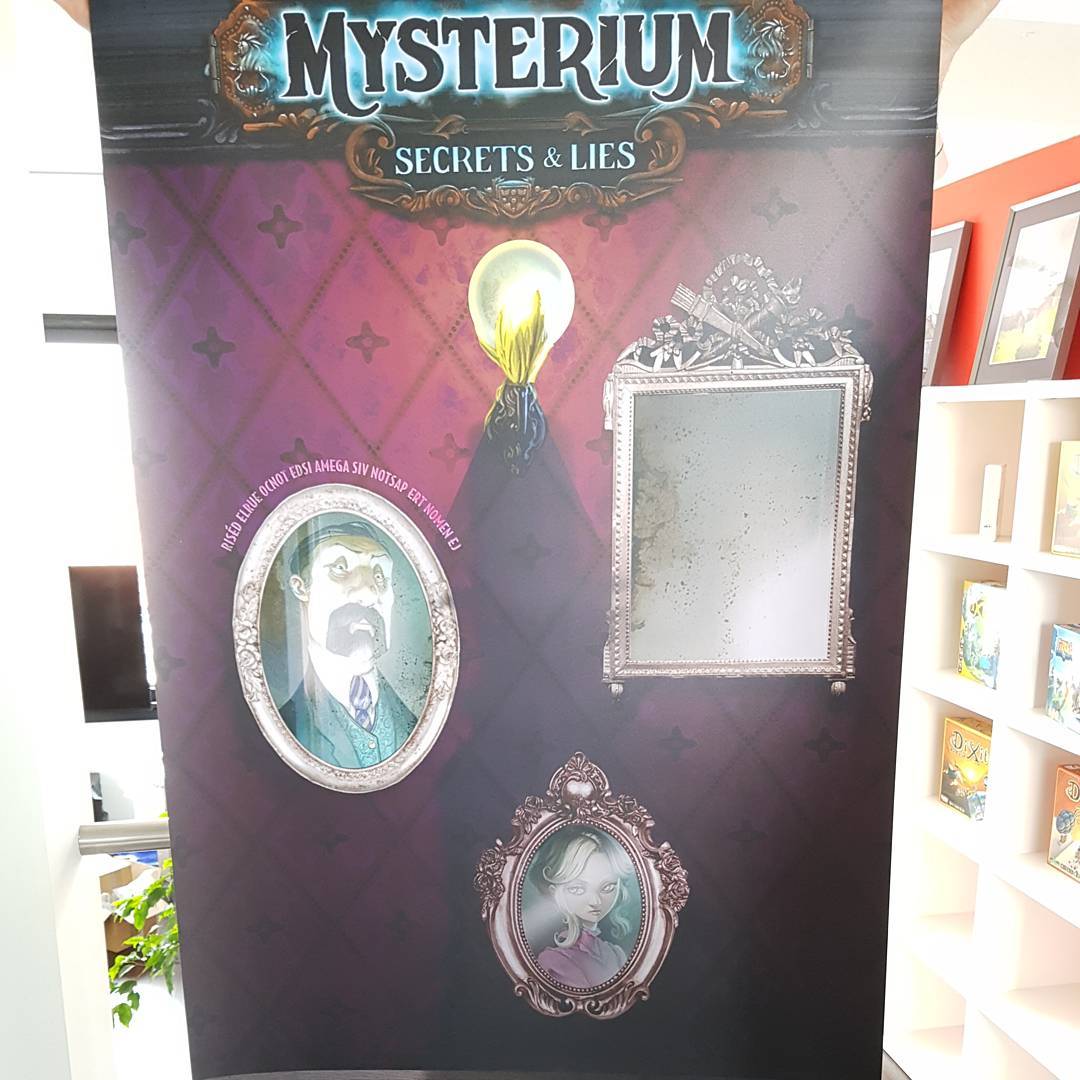 I want to briefly take us back to BoardGameGeek again, both for an unusual detour but also just because W. Eric Martin is such a lovely man. There was a moment this weekend where I thought my brain had melted or that I’d sidestepped into some sort of Tron-like alternate dimension as I read his reflections on ZÈRTZ, TAMSK, GIPF, DVONN, YINSH, PÜNCT, TZAAR and the new LYNGK.

Seriously, I thought he’d just started talking about 80s programming languages or cyber espionage groups or something, but it turns out that these are all abstract games by designer Kris Burm, none of which I think I’ve ever even been in the same room as. 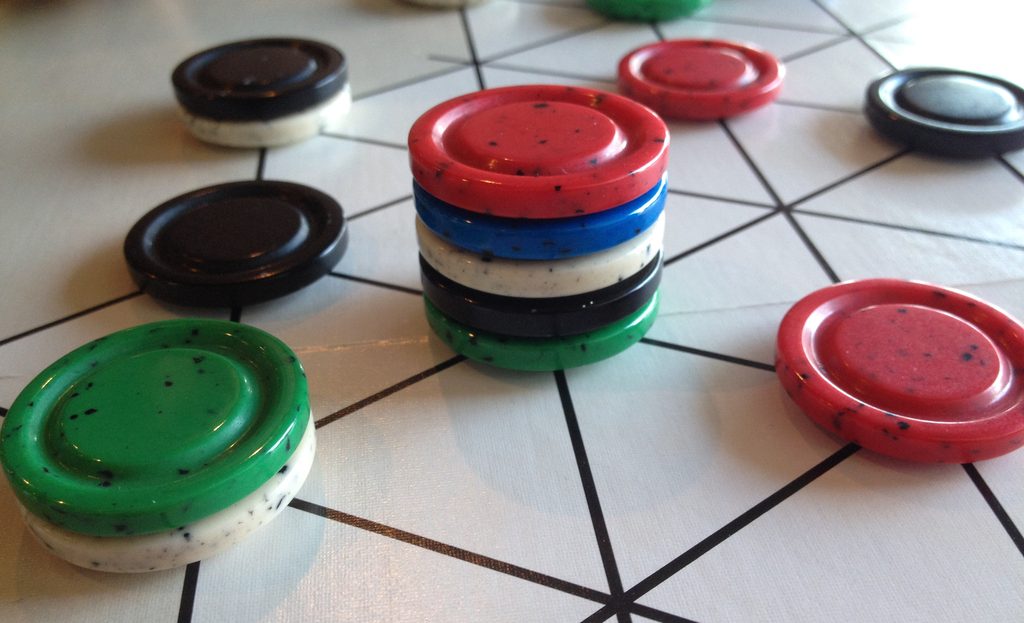 Okay, that’s an exaggeration, but as I grew up I fled from abstract games like a cat from a running bath. Now I’m oddly hypnotised as Burm talks about how LYNGK players must collect and stack their coloured tokens in piles of five to win, carefully choosing which colours they’ll claim as the game progresses. We don’t mention abstract games very often, so I want to give Burm his day in the sun, but can we also take a moment to appreciate how warm and friendly Mr. Martin always is?

Our last glance toward the future comes from combing Twitter and, funnily enough, is actually a game all about the past. Descent, Game of Thrones and Arkham Horror designer Kevin Wilson recently tweeted about his next project, Escape From 100 Million B.C., another forthcoming IDW Games title. 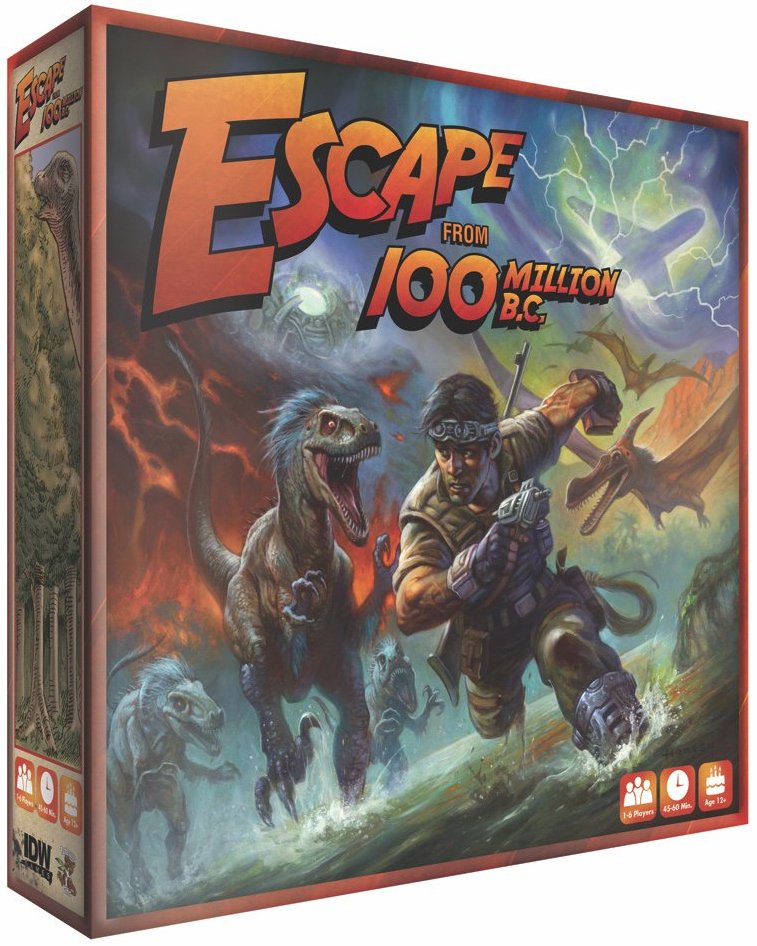 Wilson describes it as a “co-op adventure where you build the map as you go, encountering dinosaurs and time castaways.” Apparently, you’ll be recruiting Amelia Earhart and Albert Einstein as you try to rebuild your damaged time machine, trying to avoid causing paradoxes and, of course, becoming dinosaur dinner. As you might imagine, getting a famous scientist or explorer eaten by a T-Rex will tear any common-or-household timeline into a tattered mess.

A couple of sobering stories brought me right back into the present this week, the first being that of two Iranian-American boys from Virginia who created a board game about people struggling to get into the United States. Originally, Immigrant’s Nightmare was developed to satisfy a homework assignment, but it’s now grown into something much bigger.

“Benjamin Montana is president of the U.S. and there’s a wall,” one of its designers explains. “And he’s cracking down on immigration laws.” While the game is nothing if not timely in its topic, the school rejected it as an inappropriate homework submission, even calling it racist. Still, that hasn’t stopped its designers from continuing to work on it and to ask for crowdfunding contributions toward a mobile version. 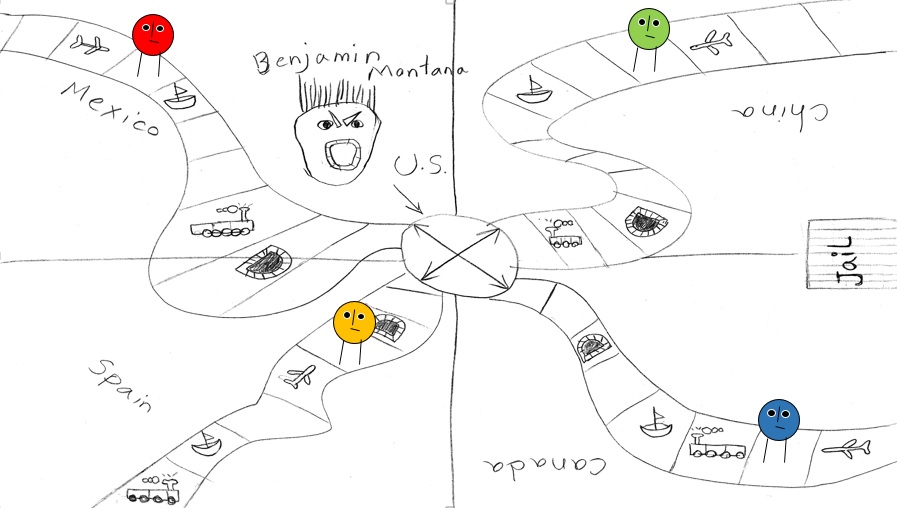 Then there was this widely-read blog post from Nicole Hoye, who broadcasts with Meeples Included, talking about how recent events served as a reminder of the ongoing effort to make all of gaming a more inclusive, positive and welcoming space.

“Did you know this hobby’s my safe space, too?” she writes. “The place that I go to have fun, enjoy a game and generally ignore the societal and political structure of the world? So when I see a game like – as an example – Conan, do you not think that it drags me back into the real world, where women are still treated as objects?” As she points out, criticism is the route to positive change and it’s good to remember to thank publishers, designers and artists who actively work to make a difference.

And finally, I not only had the enormous good fortune to meet Vancouver artist and graphic novelist Sean Karemaker recently, I also found out that he’d been working on a fantastic story about his discovery of HeroQuest and the inspiration it brought him, which he’s kindly agreed to share here (and you can click on this image to see a much larger version): 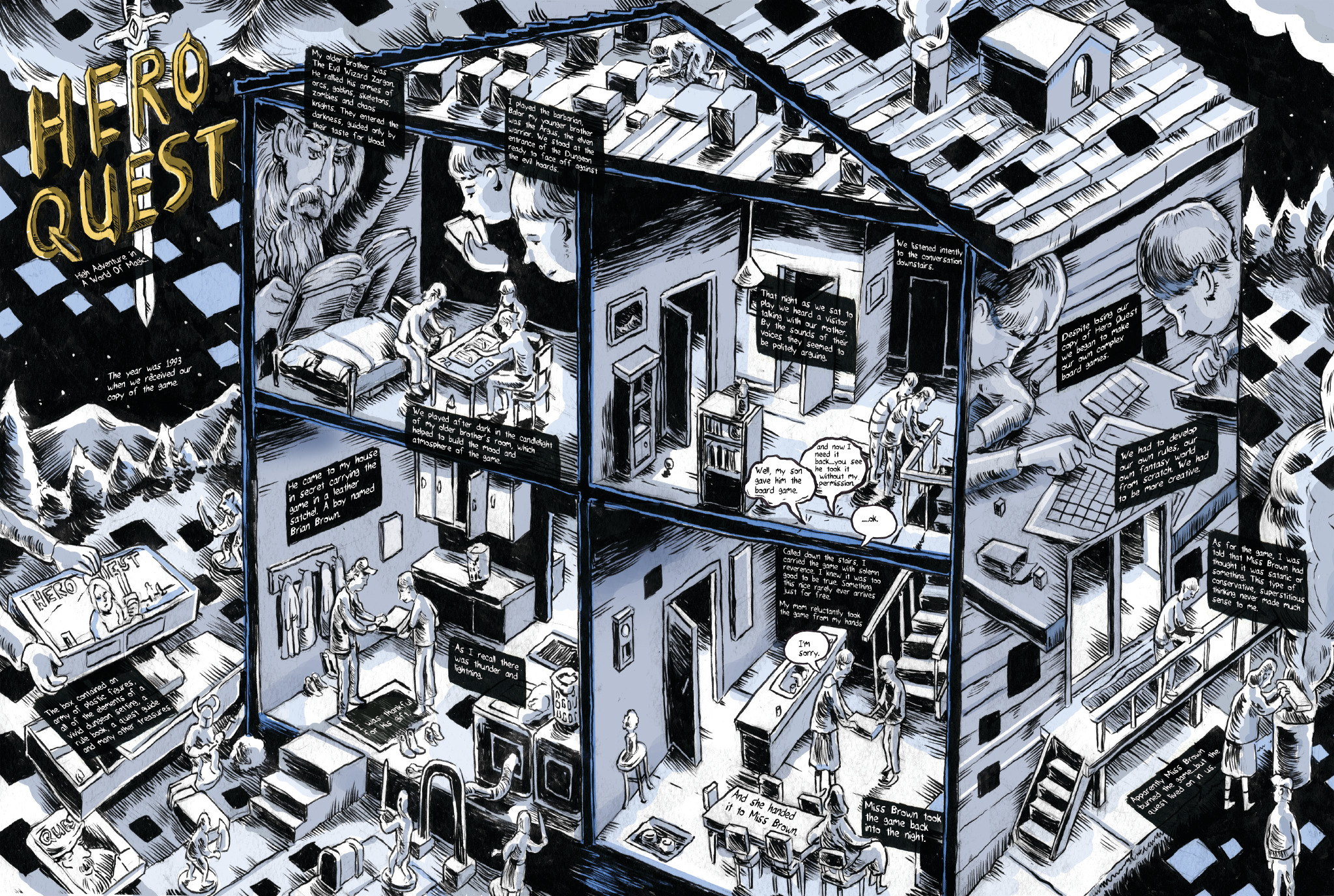 I’m not sure I’ll ever get tired of hearing people tell stories of how games have made an impression on them, brought them together or opened up new possibilities. Games, of all sorts, are wonderful chances for us to exercise our imagination, stretch our brains, surprise ourselves and enjoy each other’s company. Do you perhaps have any board-games-on-stormy-nights stories? 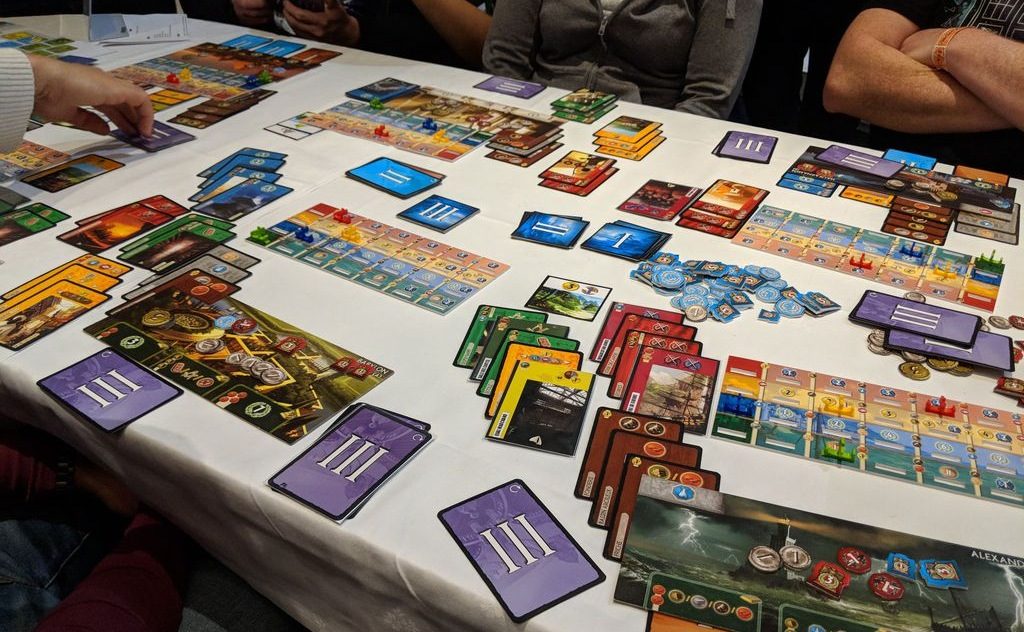 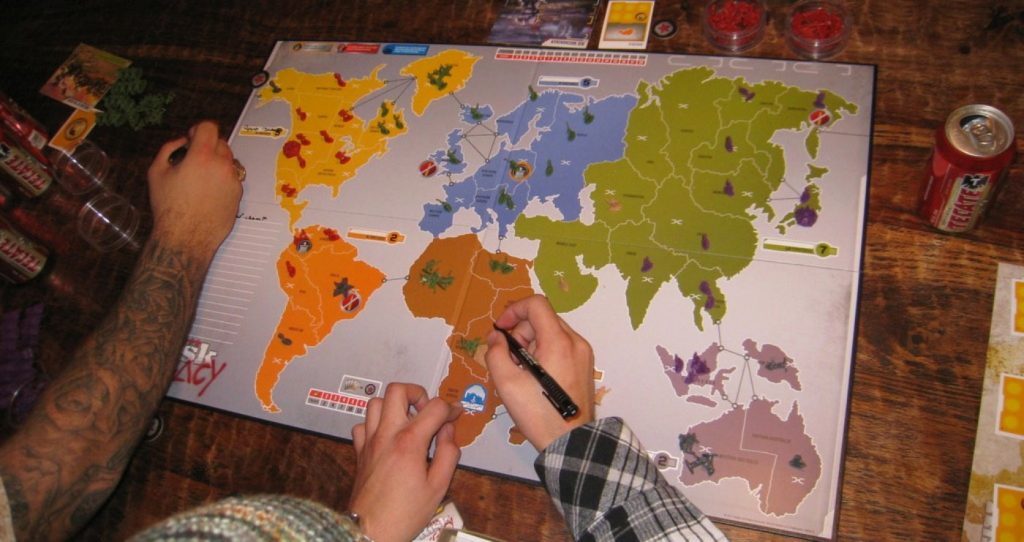