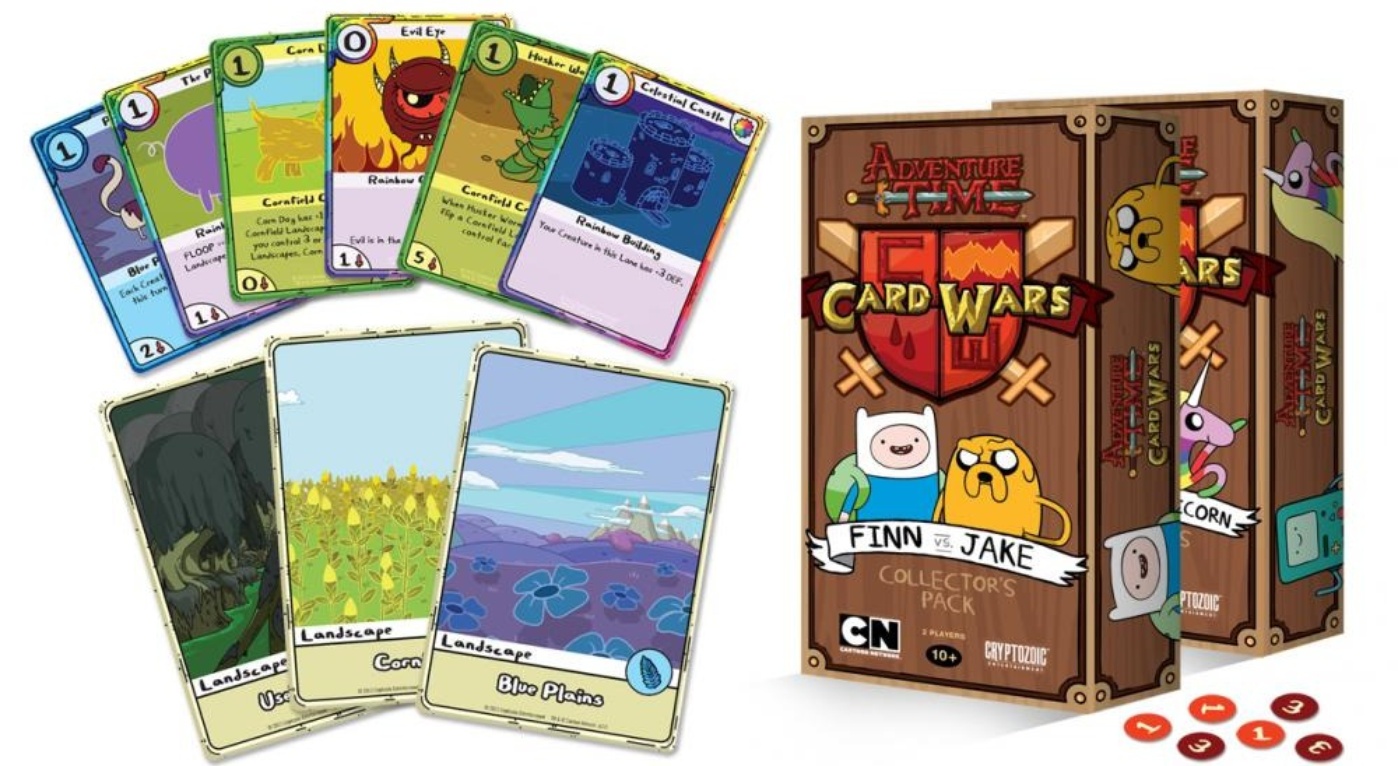 Quinns: I didn’t want to start with news that mediocrity-peddler Cryptozoic is now shipping the official Adventure Time Card Game, but it’s the only story with a decent image. The sacrifices we must make so that SU&SD doesn’t look like butt!

When I first heard that this was a real game based on the fictional Card Wars game they play in episode 92 of Adventure Time (potentially illegal video here), I thought this was an adorable idea. It’s only now I realise that’s like designing a game with one hand tied behind your back, while your other hand is tied to a game that doesn’t exist and looks rubbish. So let’s move on to some ACTUALLY EXCITING NEWS!

Ack, no, I can’t be that mean this early in the week. To soothe my Cryptozoic bashing, I’ll quickly say here that I’ve heard some nice things about Gravwell, another of their new releases.

…But basically, so long as they’re making whole briefcases more money than any of my favourite designers, I’ll always have a salty streak regarding the games Cryptozoic put out and the shelf space they take up. Such is my right, as a man on the internet. 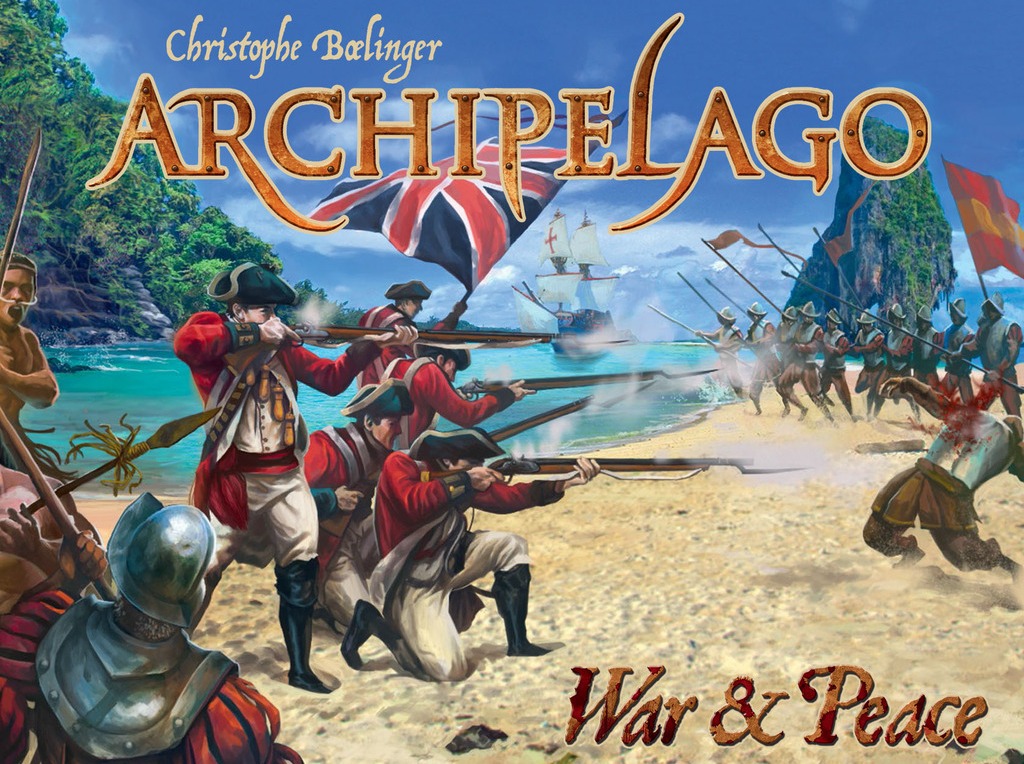 Speaking of my favourite designers, here’s something I wasn’t expecting. Despite SU&SD being the only source of hype I’ve seen for colony management / argument curator Archipelago, Ludically has announced that an expansion is coming. Hooray!

Archipelago: War & Peace will be a lean little thing, adding just forty new cards, but should punch well above its weight. The cards… well, see for yourself. They’re insane, allowing players to take over one another’s towns, skim money off of transactions as corrupt governers, or even murder one another’s workers.

It’s not that I’m skeptical, but… well, it’s going to change Archipelago from a game of passive-aggression to actual aggression. At the absolute worst, I suppose it’ll still push us into doing a Let’s Play.

Here’s another mouthwatering announcement. Days of Wonder have revealed a gorgeous 10th Anniversary Edition of Ticket to Ride, featuring a 50% larger board and the above adorable tins of trains.

Slightly off-topic, but I was hit by a strange thought the other night. How many of these board games we’re buying will be valuable in 10, 20, or 100 years time? I was suddenly filled me with a terrible desire to wrap all my games in plastic. Then I came to my senses and began using them as coasters again.

We’re living in a board game golden age, people. It’s a gift. Enjoy it. 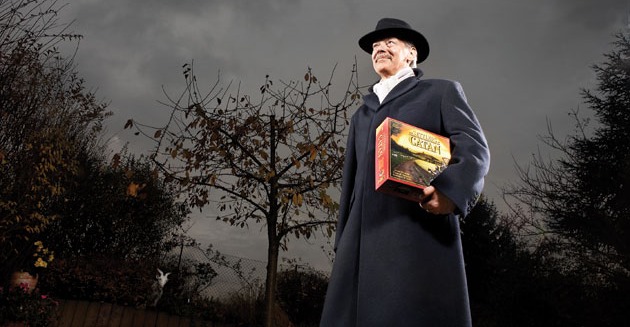 Mike, SU&SD’s programmer / business mind / lawyer / accountant / narcolept brought this New Yorker article to my attention. Titled “The Man Who Built Catan”, it’s a profile of Klaus Teuber, designer of Settlers of Catan, that’s as sweet as it is well-researched.

…And it’s nowhere near as fun as this Wired article on Settlers of Catan from four years ago, which Mike also emailed to me. If you happen to live in a world where you only need a limited number of features on a decades-old German designer board game, it’s the one I think you should read.

(The Wired article is also the source of the above photo, which makes Mr. Teuber look like a murderer who took that game from his last victim. We very much approve.)

And FINALLY, let’s take a trip down Kickstarter lane! Which in my head is like the Las Vegas strip but everyone is a panhandler and if you look closely their shoes flap open like mouths and their belts are extension cords. 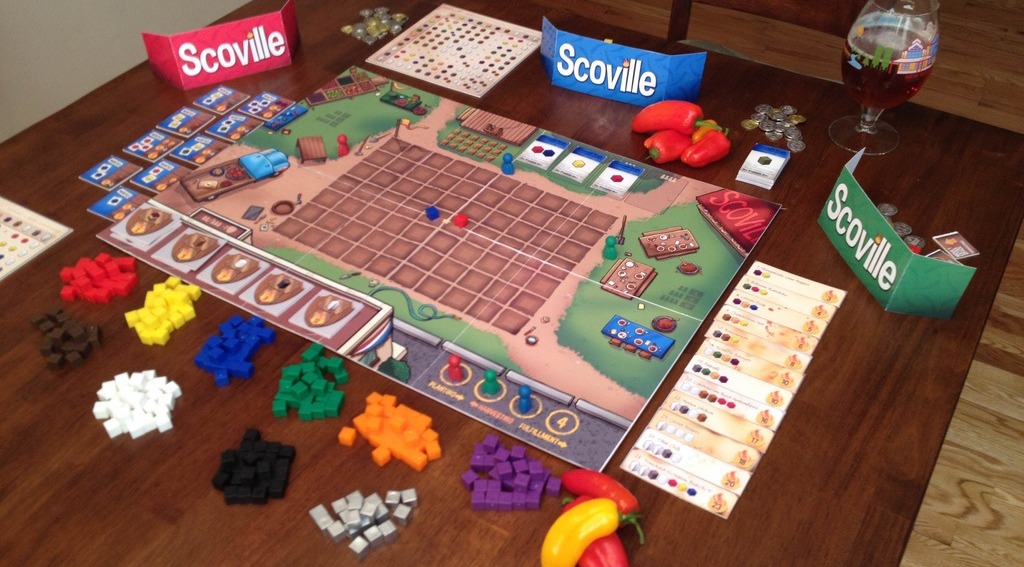 Scoville is this week’s comparably trustworthy Kickstarter, a game of farming chilies. Or, more accurately, sharing a single field and racing your little farmer playing piece around, cross-breeding chilies that are adjacent to you and working to fulfill recipes.

We’ve heard good things about this one, but as always, we’d like to stress that treating Kickstarter like a pre-order system is only for the brave. If you want to use it to fund projects you think are cool, that’s fine! But if a game does turn out to be good, publishers will fight for the privilege of making it available to you after the fact.

You really don’t need to get in there early! Or perhaps I’m wrong, and the 2,581 backers of Draco Magi earnestly believe the world is crying out for another f***ing card game with with f***ing dragons on the cards. 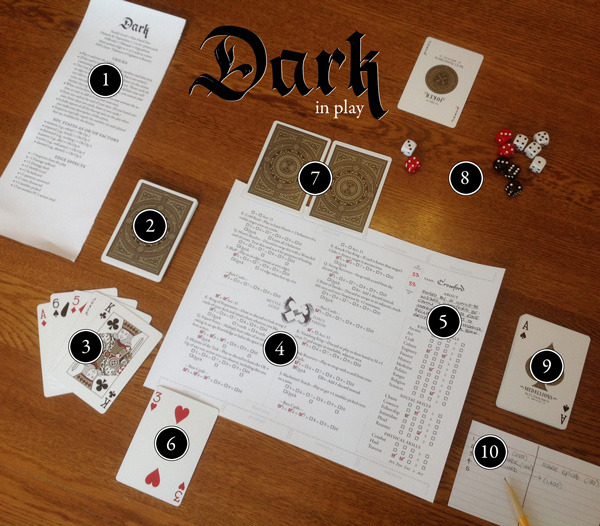 OK, this looks fantastic. Project: Dark is a Kickstarter that does look enormously interesting. It’s a roleplaying game with some highly respected names both designing and advocating it, that uses a regular deck of cards and some deckbuilding mechanics, and wants to do one thing – thievery – better than any other game in existence.

You can read a description of a session right here, and it sounds as inventive and tense as I’d hoped. Get this- play doesn’t necessarily stop as your character tries to complete a task. Rather, as you go about your sinister business, you’ll play card after card out of your hand, with other players watching and waiting. Real time skill checks! That’s what I like to see. 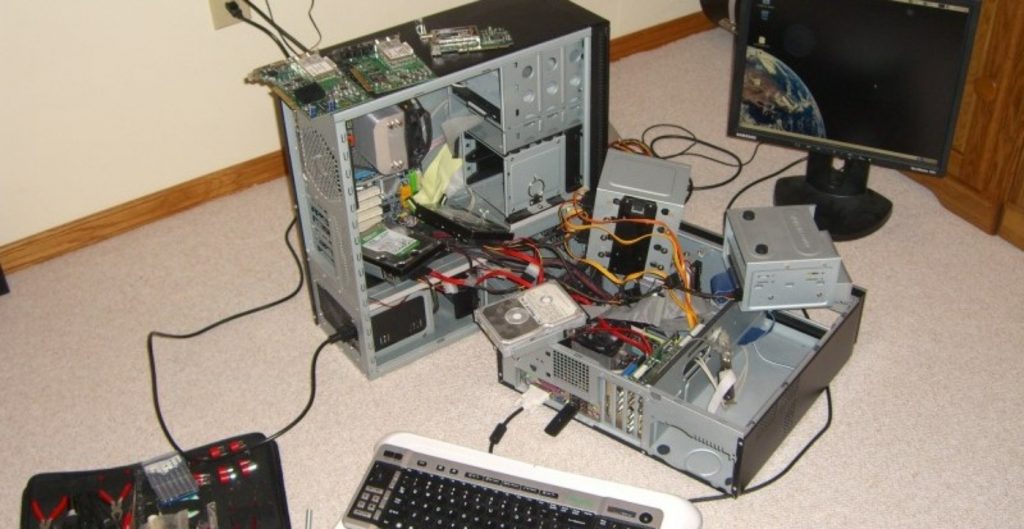