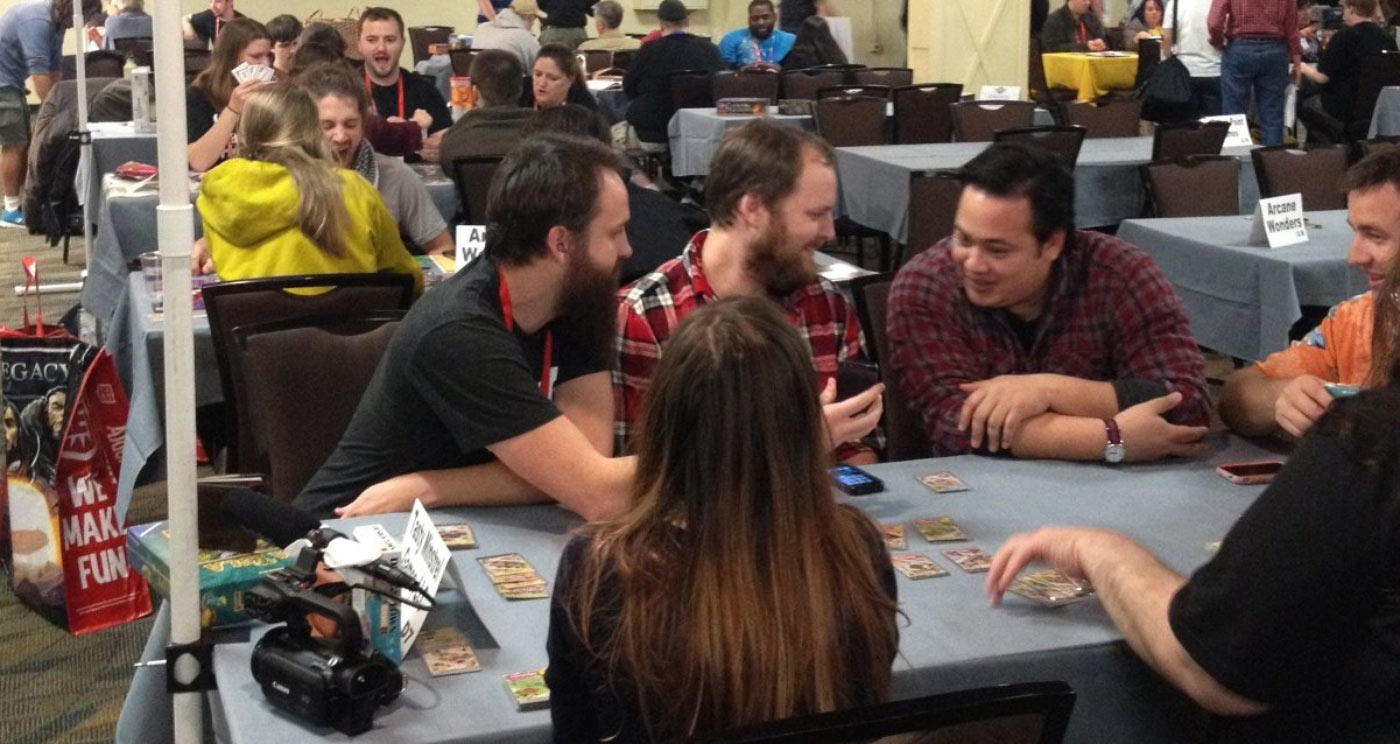 Paul: Okay, listen up. This is how Games News is going to work today. I’m Tom Cruise from Top Gun, you’re Val Kilmer. You’re Val Kilmer. Idon’tcarewhoyoureallyare! You’ve brought a friend? They can be the other guy, but not the guy who dies. The important thing is that we’re all cool and this is some cool, post-BoardGameGeek Con news (that’s some of our Board with Life pals having fun above). We’re getting real serious and smooth and even a bit dangerous here, so strap yourself in, fire up your jets and turn up the sound, because I feel the need… the need for news!

All right, let’s see what’s out there. I don’t know about you, but my radar’s picking up something that looks a lot like Elysium, a game all about proving yourself as a worthwhile Greek god. Naturally, the best way to be a Greek god involves doing all sorts of legendary things, handling heroes and artifacts and looking good while you do so. I’m closing in for a visual. 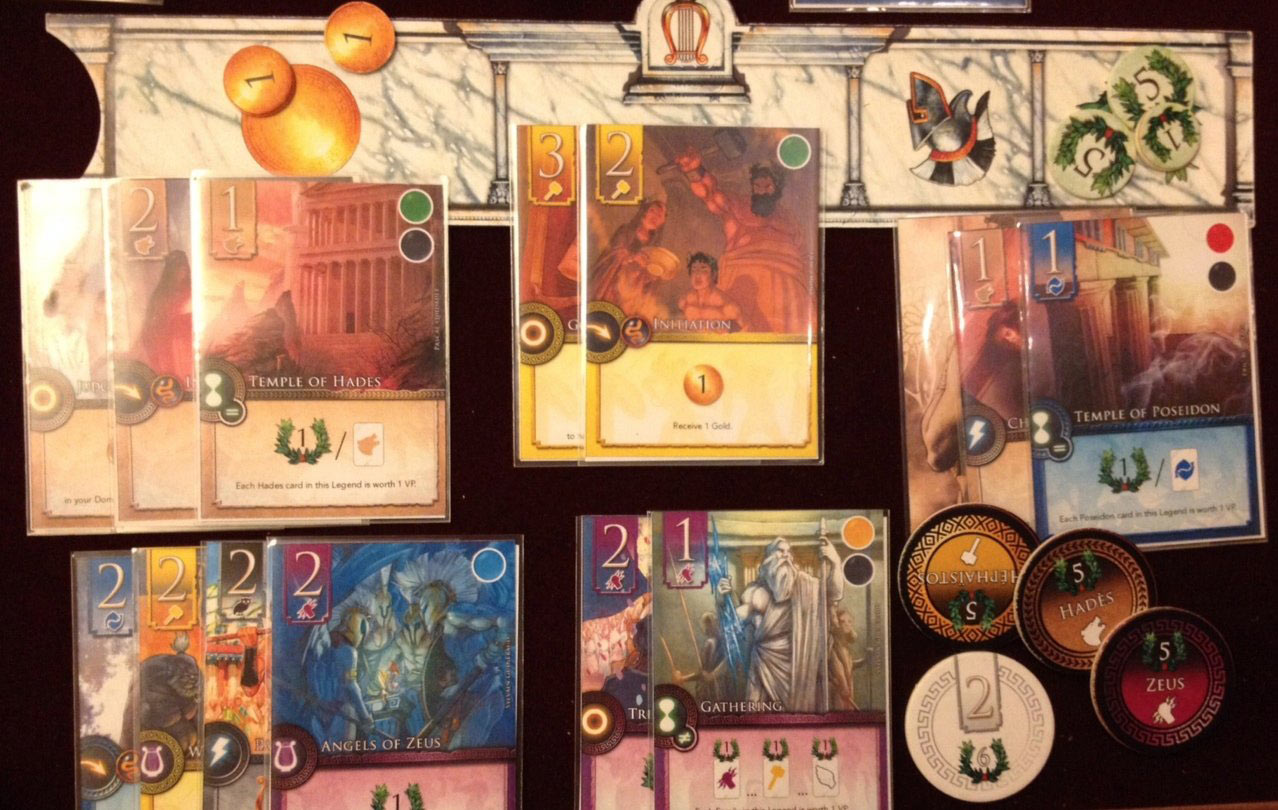 It’s a game of set collection, where many of the heroes or items you collect trigger special abilities, give you bonuses or simply look awesomely Classical when you combine them. I’m immediately reminded of 7 Wonders, an excellent game, and I’m also immediately missing that, as I realise I haven’t played it in some time now.

Elysium was BGGer W. Eric Martin’s favourite game of BoardGameGeek Con and that very much has my ears perked up. Sadly, I didn’t get to try it (the con was what we call a “target-rich environment”), but I did hear some good whispers about it. I’m moving to intercept. 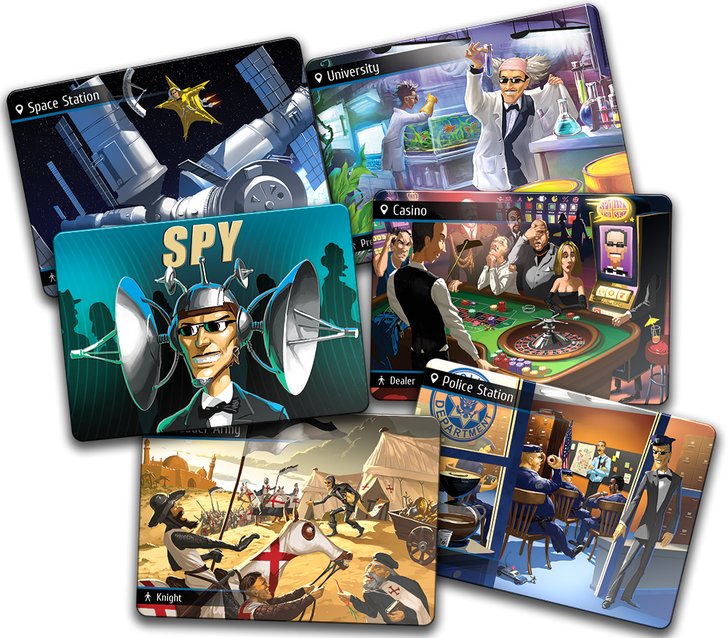 Also worthy of a barrel roll was Spyfall, a curious and canny game of second-guessing and secrets that caught me right on my six. It’s got a wonderfully simple concept that matches its petite form. There’s a map that shows a collection of different locations and a deck of cards dealt out to all the players. Each player gets a card describing the same location, except one, who gets a card telling them they’re the spy. The spy has no idea where everyone is. Everyone else has no idea who the spy is.

What follows is a sort of tiptoeing that has all the players trying to work out who the spy is by asking each other location-relevant questions (suggestions include things like “Why are you dressed that way?”) without making it too obvious where they all are. The spy scores a point if they work out the place, anyone else can score a point by identifying the spy. It’s ace. I need to bag a copy, but it’s already too close for missiles, I’m switching to guns. 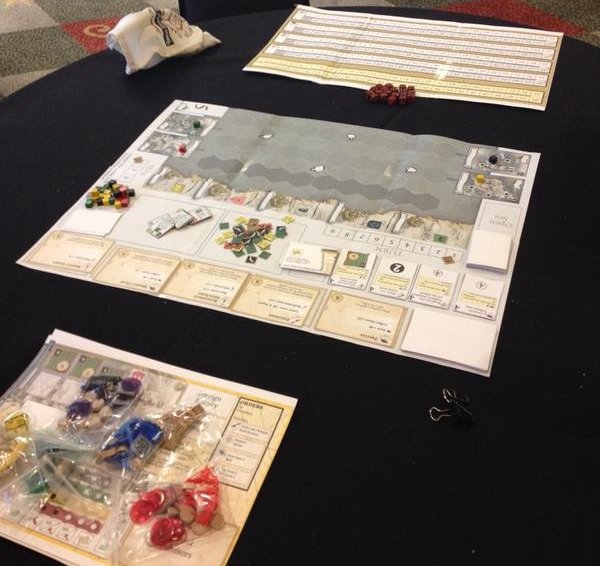 That’s not a radar ghost up ahead, the tower confirms it’s definitely Seafall, Rob Daviau’s next Legacy-style game, following Risk Legacy and the forthcoming Pandemic Legacy. Now, I managed to snag a missile lock on the prototype that Daviau brought to BoardGameGeek Con and it was an interesting beast. Also, something that Daviau said made me a little sad.

He mentioned how development had been long and sometimes difficult, “So long that some people think the game is vapourware now,” so I want to slide a mention of the game in here just to confirm that, yes, Seafall is indeed very real and I’ve had a chance to tussle with it. It’s a game all about taking control of a fictional colonial power and sailing west, gradually uncovering new land and making your mark upon it, perhaps with cruelty or kindness, slowly shaping the world that you find. It’s looking fascinating and I’ve been told that there’s a lot to uncover, plenty of room for players to fight one another and perhaps even the odd surprise. I want to write up my top games of the con later this week, so I won’t say any more here.

I should also add that a second BoardGameGeek Con is planned for spring next year. BGG have recently announced that they’ll run a more family-friendly event in late May, in addition to their annual November gathering. It’s the same location and, I imagine, the same casual and relaxed atmosphere.

And yes, that’s right, that announcement does also link to the BGG Cruise. If you’ve got at least seventeen hundred dollars spare (in Top Gun parlance, if you’re writing cheques you very much can cash) and want to play board games on a boat for a while, this is about as indulgent as it gets. It’s enough to make you spill your coffee all down your uniform. The ship it’s all happening on is called Navigator of the Seas, though you’d kind of hope all ships are able to, y’know, navigate the seas. Wikipedia says this is a Voyager-class vessel, so I expect to see Janeway in command.

Okay, I’m done here. The pattern is full. This has all become too ridiculous. I’m trying to write Games News on a plane, trying to spice it up with a bit of excitement, but the man next to me knocked cheese into my lap, dropped a massive suitcase on my head and has absolutely no awareness of his own elbows. I have failed you all. This is Paul Dean, coming to you from 33,000 feet and falling. Please let my family know I did my best. I did my best.