Paul: Happy New Year, one and all! As I turn the lights back on at Shut Up & Sit Down, stoke the boilers and put the hamsters back on the treadmills, I watch our site slowly coming back to life. The gears turn, the pistons thrust and the Supercomputer blinks back into a state of self-awareness, giving for just one nanosecond a familiar scream that signals the eternal understanding that it will be forever trapped inside its painful, wretched metal body.

I hope your 2018 has started well! The news has been piling up in drifts, so I’ve scooped out some of my favourite bits. Feel free to leave any more stories you are particularly excited by in the comments below!

Notice anything unusual about today’s header image? Well! First up, we absolutely have to tell you about this ICV2 interview with Asmodee North America’s Christian Petersen and Steve Horvath, where they talk about the explosion in counterfeit board games. Yes, you read that right: Fake. Games. Not only was I unaware that counterfeit games existed, it also turns out that they’re manufactured and sold in such significant quantities that they’re making a substantial impact on the industry. How is this possible? Petersen explains:

“Most of these are simply scanned. With today’s applicable technology you can get scans and filters, and so on, that are good enough to reproduce a lot of these things adequately.  They’re not going to be perfect, but unless you’re very discerning… the counterfeits are really very good.”

Sometimes things happen in board gaming that totally floor me and this is, without doubt, one of the most surprising things I’ve ever come across. If you’re interested in seeing just one case of this, an excellent example was posted on reddit last year, while today’s image is courtesy of this thread. There’s been more and more discussion of this over the last six months, so Matt and I plan to further cover this remarkable topic on a podcast soon, so keep your ears… peeled? 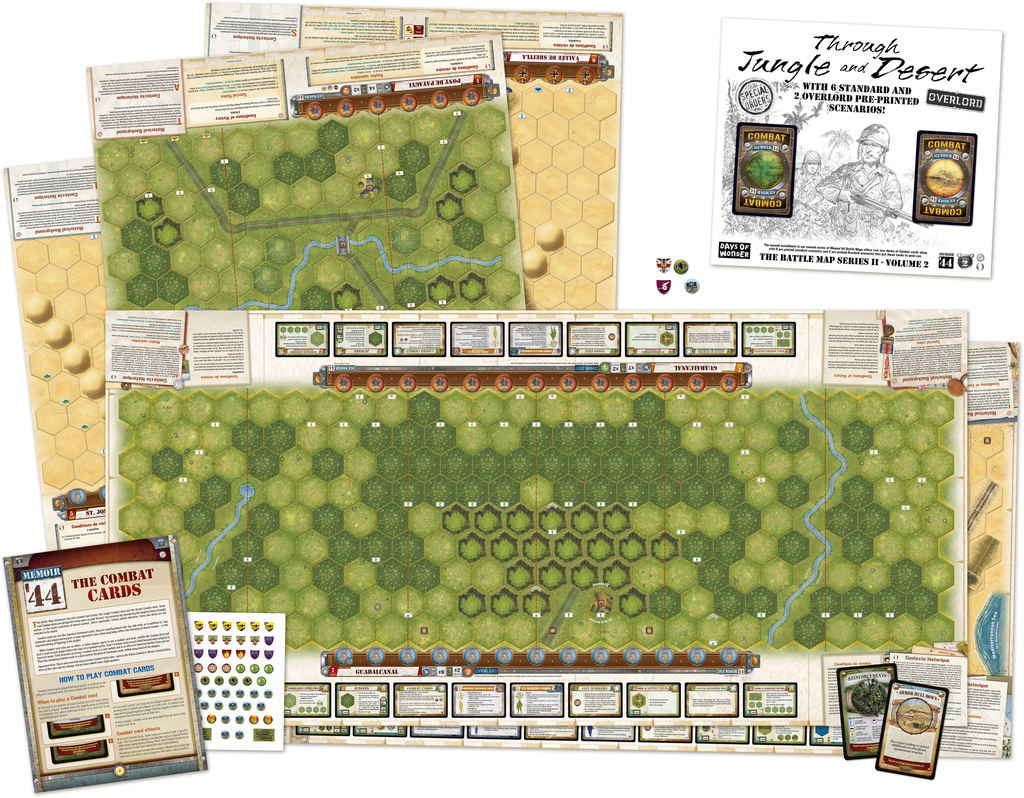 Pirouetting our way back to more typical news, I’m pleased to announce that, just when you thought no more Memoir ‘44 was coming… more Memoir ‘44 is coming! After a dearth of updates, the sizable Through Jungle and Desert trundles toward us like a panzer pushing out the fog. It adds two more gigantic battle maps, just like those from Overlord, allowing you to fight it out in North Africa and Guadalcanal, as well as new combat cards, more tokens and a six scenario mini campaign.

This is welcome indeed, as the game’s larger, team-based maps have always been a highlight. Once again, you can mastermind battle-winning strategies and be the envy of all your friends. Or watch in horror as they they charge into battle and fail to roll anything helpful at all. You know how it is. 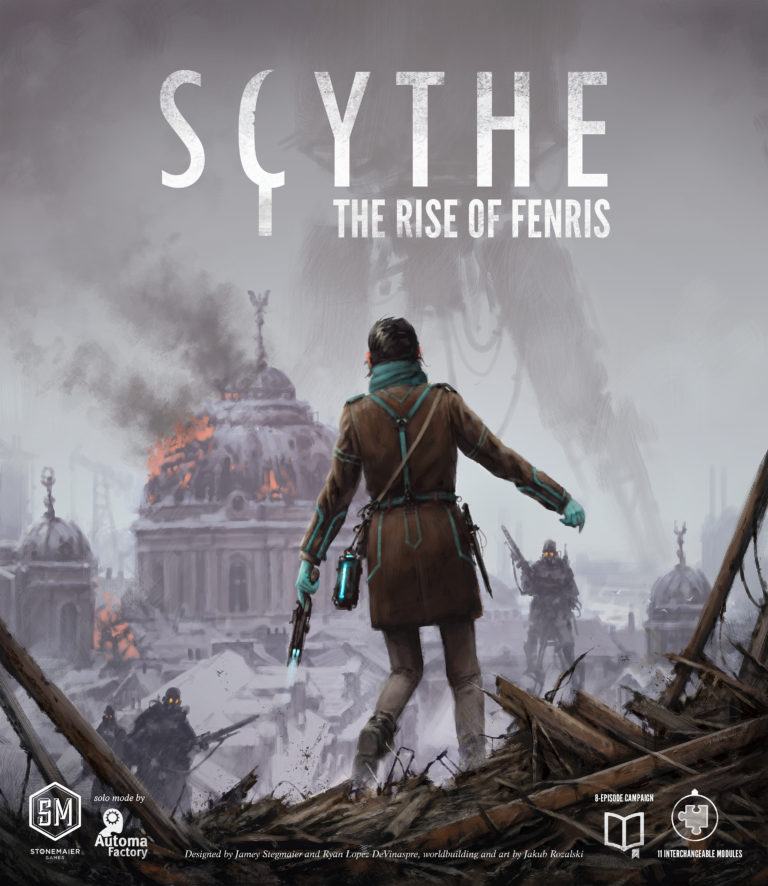 Another expansion that will complete its gestation this year is Scythe’s The Rise of Fenris, which is nothing if not an interesting and ambitious addition. It includes an eight scenario mystery campaign and eleven new modules that can click in to the rest of the game, as well as new dice, tokens, miniatures and lots of cardboard. That’s certainly nothing to scoff (though let the record say that I think scoffing went out of fashion in the 1950s) at and sounds to me like something designed to shake Scythe to its very foundations.

Could it change my feelings for the game from solid appreciation to outright adoration? Let’s see. And do I have the sense that there’s a lot of legacy-style influence in here? Yes I do. 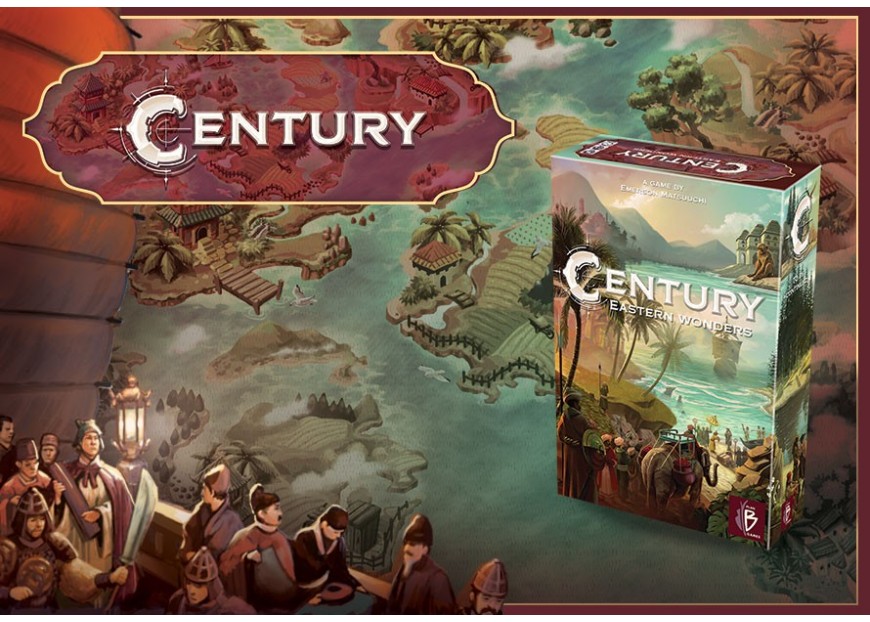 The theme of the year so far certainly seems to be more, as the Century series echoes that too by also expanding, budding and about to burst forth its second title, Eastern Wonders. Not only does this sequel to Century: Spice Road change setting to Indonesia, it can also be combined with that game to create a sort of cardboard Voltron called From Sand To Sea. Does this mean the third title in this trilogy will build something even grander? Or will they combine to become all-powerful and turn against their human creators? 50-50 odds, I reckon. 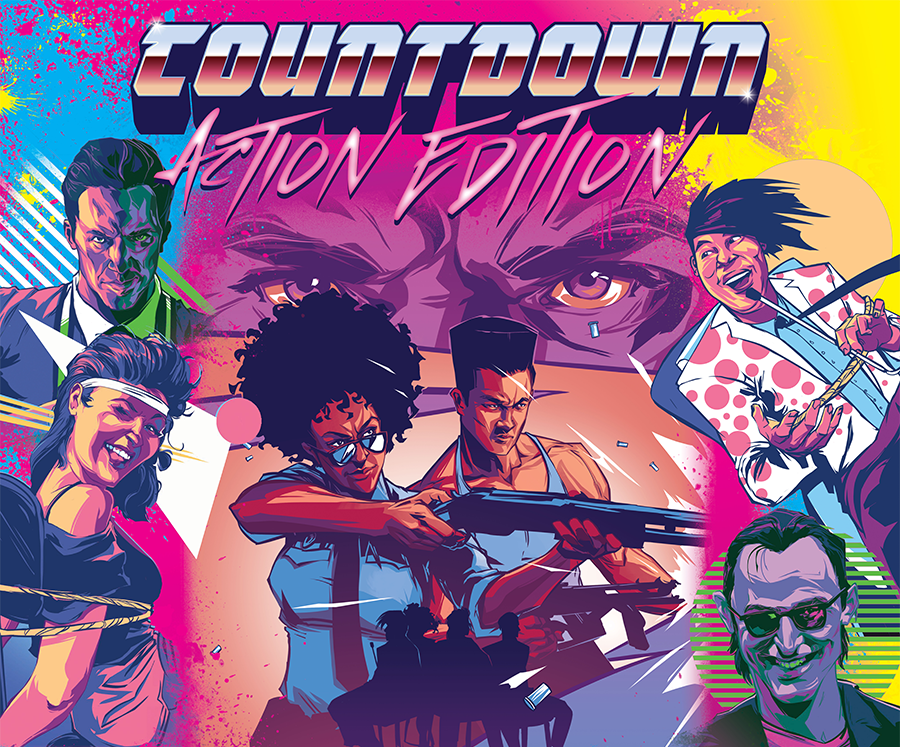 Let’s take a brief detour to Kickstarter now, where this week I want to point you toward Countdown: Action Edition, a hidden roles game with a touch of The Resistance and a dash of Two Rooms and a Boom. It casts one player as a strapping 80s action hero, trying to resolve a tense hostage situation before a hidden bomb explodes, while everyone else could be a hostage or a villain, their identities and individual, secret goals hidden behind whatever melodramatic characters they’ve chosen to play.

I really like the idea that different characters might have different win conditions, adding to the confusion about who is on which side, mixed with an unknown amount of time for the hero to interrogate everyone. I find that adding time or turn constraints to hidden role games is one of the best ways to keep them tense and messy, rather than descending into the same old flaccid accusations and examinations. 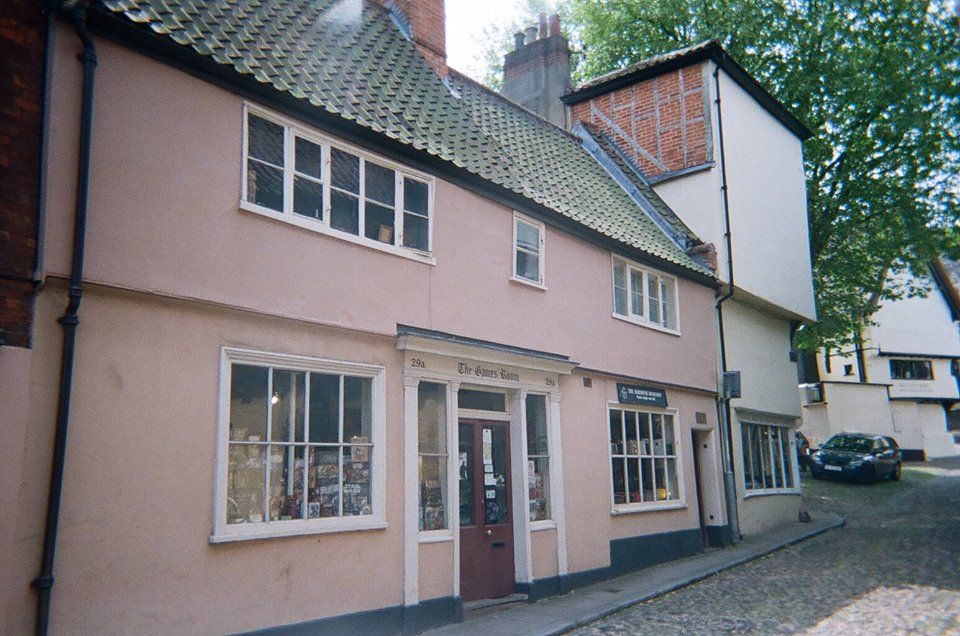 As I wrap up for this week, confident that the site is well-oiled, its machinery chugging vigorously, I’d like to point you toward SU&SD contributor Matt Thrower’s very sweet love letter to his local game store. I think all of us have a hallowed place somewhere that means a lot to us, whether it’s related to this hobby or something entirely different, and reading this reminds me of so many places that changed my younger self. Hey, as well any favourite news stories from the holiday break, how about you also share the memories you have of your favourite gaming places? I’d love to hear them.

Welcome back, everyone. 2018 is going to be terrific. 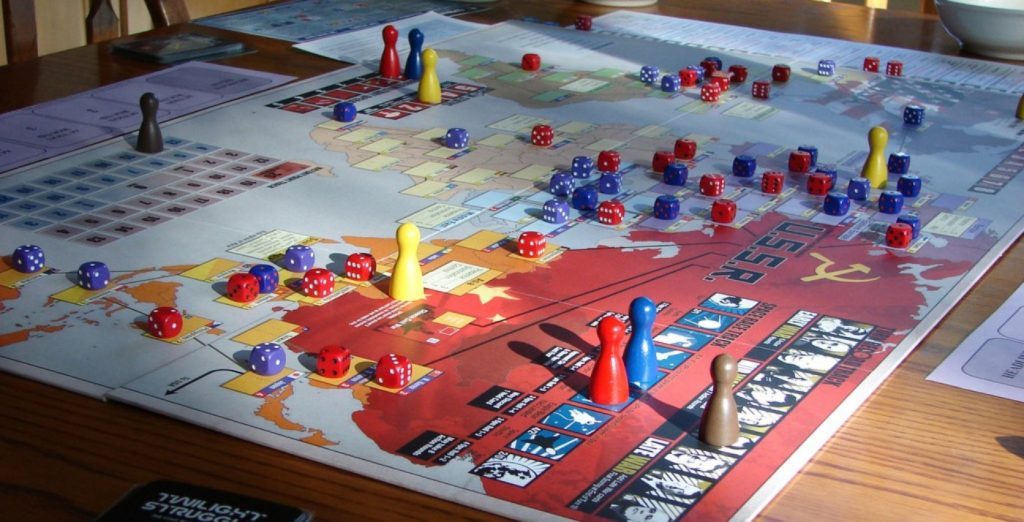