Paul: It was a case of bad timing when Z-Man Games announced Pandemic: Rising Tide, as their scheduling couldn’t possibly have foreseen simultaneously flooding in eastern Texas and eastern India, and they very quickly issued an apology. That could’ve been the end of it, but Z-Man are also donating five dollars from every pre-order to Hurricane Harvey relief efforts.

It’s a difficult time for a lot of people in the Caribbean and the Gulf Coast right now. Our thoughts are also with the Dice Tower team members who have been forced to evacuate their homes. We hope they can return to enjoying the board games we all love very soon.

Quinns: I guess it falls on me to be a bit gauche and talk about the game?

Pandemic: Rising Tide follows on from the well-received Pandemic: Iberia, offering yet another unique backdrop for Matt Leacock’s beloved game of combatting disease. That said, Rising Tide is, in fact, a Pandemic game without any disease. Instead, players are Dutch engineers working to protect the country from the sea by utilising dikes, dams, floodgates and pumping stations.

Like a lot of people, I gave Pandemic: Iberia a miss for no other reason than I’ve bought Pandemic enough times already, but I think I’ll be making time for this one. It’s not just Leacock’s name on the box, you see. Rising Tide is a collaboration with excellently eccentric Dutch designer Jeroen Doumen, whose last game was Food Chain Magnate. I bet when those two work together you get something really interesting. 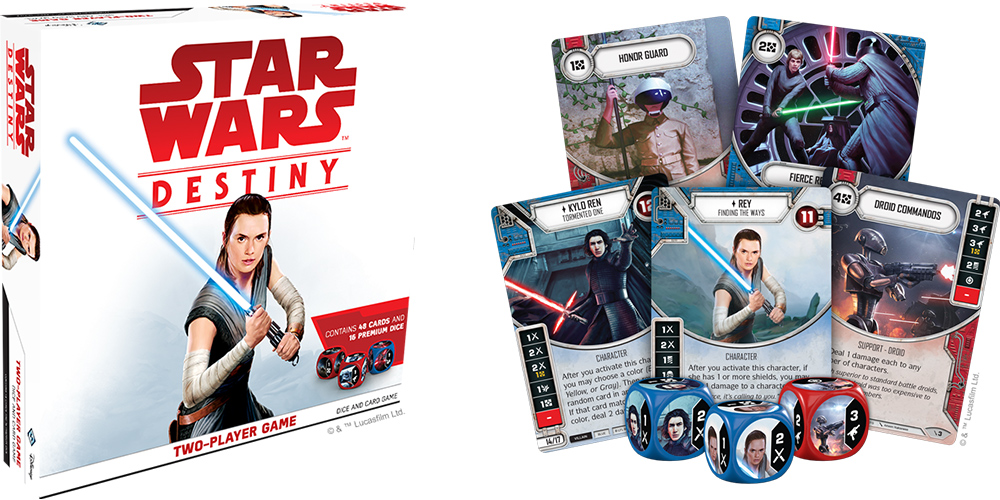 Speaking of natty new editions, last week Fantasy Flight unexpectedly released a new two player starter set for hybrid card/dice game Star Wars: Destiny. Contained in the box’s two 23 card decks are a mix of old and brand-new cards, and as if to make up for that breathtaking story where Rey wasn’t included in Force Awakens Monopoly, the box shows Rey and Rey alone. As if this hobby needed another reason to think we’re better than Monopoly.

We’ve not done a review of Destiny yet (though Matt did have some favourable impressions on the podcast), mostly because nobody who works at SU&SD is a fan of the business model of randomised booster packs. I’ve heard that sales of Destiny far outstripped publisher projections because – surprise surprise! – people were buying entire boxes of boosters (my friendly local game shop sells them under the laughably honest title of “Display Cases”) to get the cards they wanted.

Simply put, so long as there are games out there that want to offer you the best deal possible for your time and money, reviewing a game like this that is artificially scarce is a pretty hard sell.

Paul: To quote Mr. Macbeth, “Is this a Kickstarter I see before me?” And the answer is “Yes, a particularly unusual one.” Someone Has Died is a game that casts its players in the role of would-be heirs, trying to get their cut of a will, arbitrated by another player who takes the role of a sort of executor mixed with a GM.

The thing is, each of you is also very odd and must roleplay a peculiar character pursuing peculiar items left behind by a peculiar person. It’s like a more directly competitive and silly take on Funemployed, which makes me immediately want to try it. While it’s not going to suit game groups who prefer not to act on their feet, it very much appeals to me and I know so many of my friends would adore it.

Quinns: I don’t see what the problem is, Paul. Consentacle by designer and games professor Naomi Clark is a 2 player game about someone banging an alien. I’d love to explain more, but this is one of those Kickstarters where their own words are just too good:

“In Consentacle, you and a partner squirm your way to a mutually satisfying Human x Alien romance… with or without the benefit of verbal communication! You’ll need to divine the other’s desires in order to build trust, play your cards right, and transform mutual trust into starry satisfaction. How tingly will your interplanetary liaison feel in the end? Will your encounter leave one party sweaty and exhausted, the other hungering for more?

“But be careful: you can’t just try to match your partner’s card, you’ve also got to think about what you’re doing. Some combos are just awkward; when you both try to slyly wink at each other, you’ll earn a little Trust, but not as much as you would have otherwise:”

Paul, how big a role does winking play in your sex life?

Sorry, that was a typo. I meant– 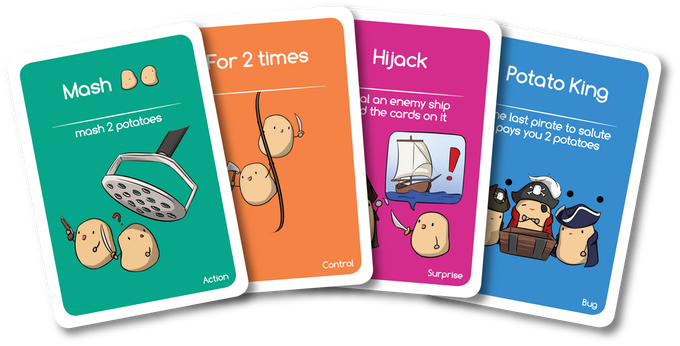 As well as a game in its own right, Potato Pirates aims to teach children some of the fundamentals of programming, such as loops, conditionals and sequential logic, all through the medium of spuds. Seafaring spuds.

Educational games tend to be a bit dry, often because they try to be educational first and a game second, but Potato Pirates seems like it actually might be better at weaving those two concepts together. It’s rules are far better developed and it looks like it stands alone as a game. I’m always an advocate for games as an educational tool, but it’s important to remember that games teach best when they’re fun.

hey quinns do you want a virtual reality version of catan–

Paul: okay yeah me neither

Quinns: Hey Paul do you want a roleplaying supplement that lets you play as a bear?

Paul: Oh God, I saw this. And the thing is, I want to say “No” because that doesn’t seriously interest me, but also I want to encourage this because it’s a combination of silly and yet also thoughtful, since I feel like it will get more players thinking about roleplaying outside of more conventional limitations they may’ve considered.

AND FINALLY, this weekend we released twenty more tickets for SHUX, after Chris, our business manager, did some terrific wizardry and calculated that we had still had more space available. Most of those have already gone, but we’ve made another ten available, so if you’re keen to see us in Vancouver this October, grab them fast!

Quinns: Or maybe you’re not keen on seeing us at all. But you do want to see Alan Gerding. Or Isaac Vega. Or Pip. Or Cynthia. Or Rich Sommer. Or…

Paul: I heard Rodney Smith of Watch it Played is trying to sneak in.

Quinns: Oh no, not Rodney. “Bad Rodney,” they call him. 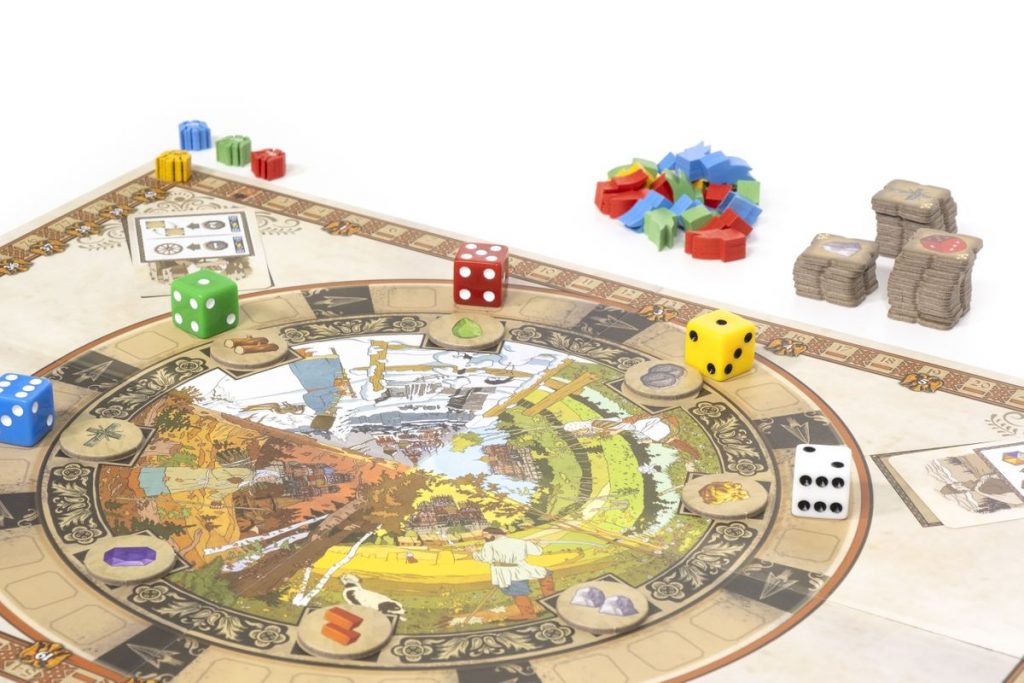 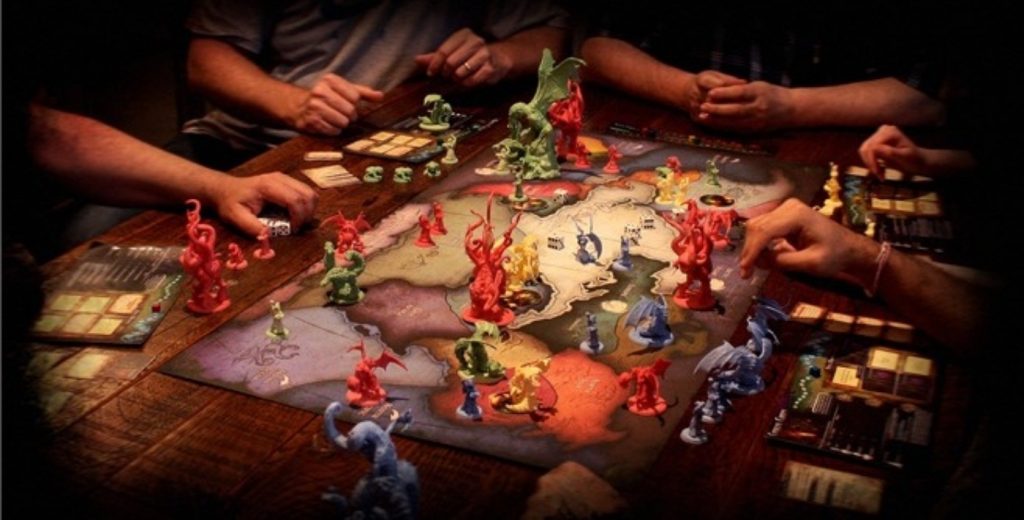