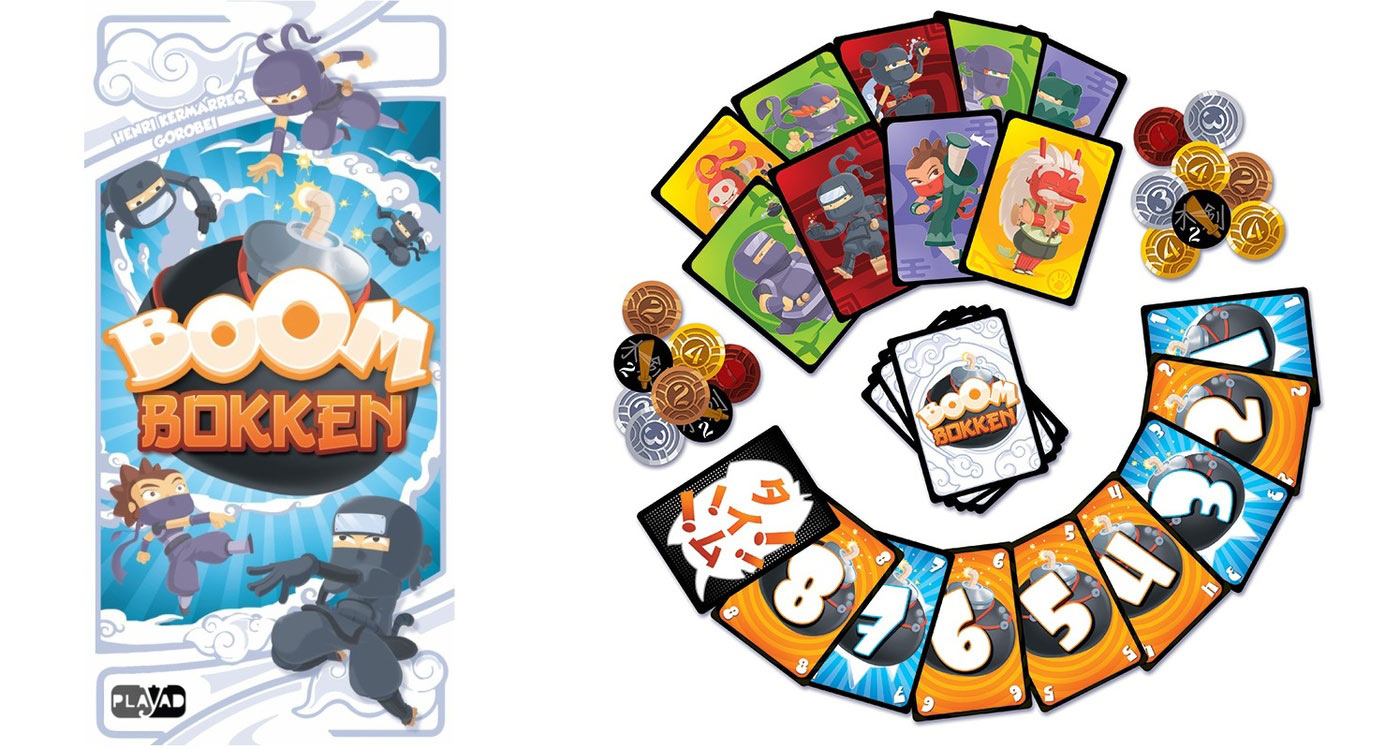 If you notice a hint of speed in my writing it’s because Fantasy Flight’s “Living Card Game State of the Union” was this weekend, which is where Fantasy Flight informs a sessioon the United States Congress about huge changes in the future of Netrunner and its other LCGs. I guess Congress wasn’t available to make it, though, because they just ended up holding a press conference at their world championship weekend. 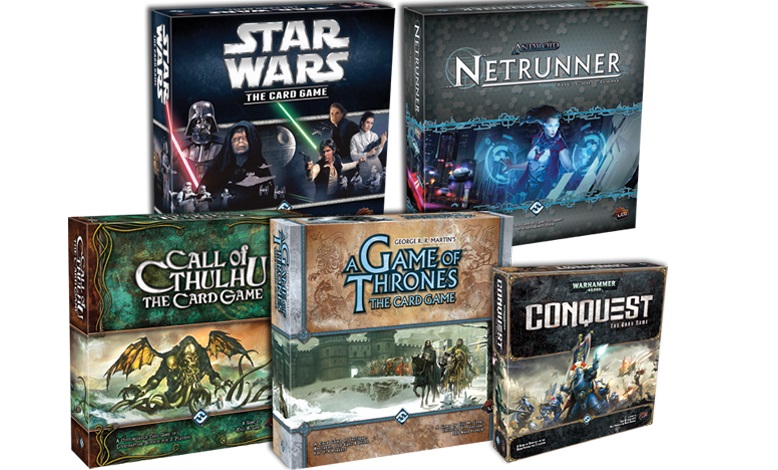 The “Living Card Game” business model is an important one these days, and I’m not just saying that because I’m still playing about six hours of Netrunner every single week.

Let me do my best to explain LCGs in a way that I don’t start boring everybody, including myself.

For twenty years most collectible card games, both physical ones and video games like Hearthstone, have made money from selling randomised booster packs. To make these boosters more exciting there’s a small chance they’ll contain more powerful, rarer cards, and so playing the game at a competitive level becomes very expensive as you pay for the cards you need.

But wait! What’s this sexy new business model coming over the horizon, dressed in a revealing outfit made of billowing cards! Why it’s the Living Card Game model. With LCGs (which is trademarked, annoyingly, so AEG calls theirs Expandable Card Games) nothing is randomised. A set expansion comes out every so often, and by simply buying each one of these when they arrive every player is always building decks from an identical card pool. The cards you buy aren’t any cheaper, but because players never end up with duplicate cards it’s much more affordable. 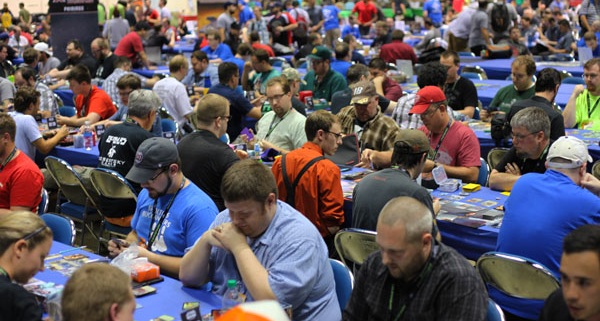 But WAIT! Again! The Living Card Game business model has a problem, which is that after enough years the games start going senile and breaking because the card pool is so monstrously huge. Oh no!

This weekend Fantasy Flight announced the Living Card Games would be adopting “Cycling”, which is where cards begin leaving legal play at the same rate that they enter, keeping the card pool at about 1500 cards (though the core set and other big, boxed expansions never become illegal). So the Netrunner Genesis Cycle and Spin Cycle expansion cards will all become illegal for competitive play in Spring 2017. The new Warhammer Conquest will begin rotating out its oldest cards in 2018, and so on. 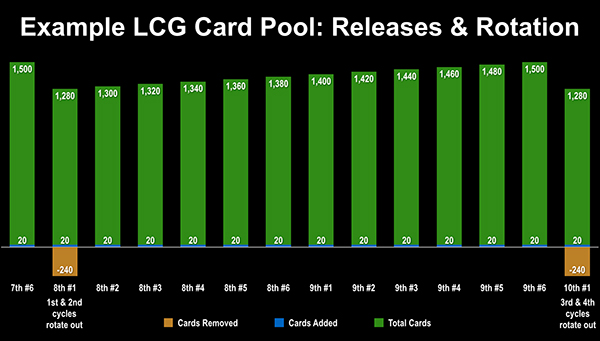 They also announced that their Game of Thrones living card game, which is 10 years old, has never been cycled and has been getting increasingly senile is basically being taken out back and shot. It will return as an all-new game, Game of Thrones 2nd edition, next year.

I know a lot of you guys are going to ask what I think about this! What wit and insight can I bring to bear on this announcement.

I’ve had a whole weekend to think about it, but I’ve struggled to have any feelings whatsoever. If I sit and think about itI just feel this emptiness and then the Too Many Cooks theme starts looping in my head. It’s probably the best solution to a tricky problem. For more detail, the fantastic Team Covenant have an interview with FFG’s Steve Horvath right here. 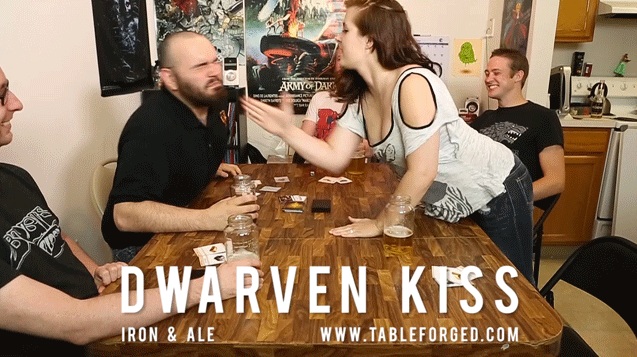 We were recently sent a copy of Iron & Ale and we’ve got a copy of Drinking Quest on the way. I guess is my new position as chairman of the UK Drunk Gaming Board it’s my duty to tell you that Iron & Ale and a new expansion titled King of the Keg is now on Kickstarter.

I’m ashamed to say that we haven’t played our copy of Iron & Ale yet, mostly because I looked through it and discovered that it’s a fantasy drinking game casts you as dwarves and includes actual real-life punching and slapping. Considering that the total weight of Team SU&SD is about 80lbs, a Let’s Play could be the best or worst (or last) video we ever make.

The expansion looks similarly good to me, incorporating yet more drinking game staples into your dwarven mead hall, including one player being “king” and receiving special powers. Classic!

I used to be really into drinking games as a kid. I had a whole library of them in my head. Did you know UK drinking games are waaaay more centred around wordplay and quick-thinking than any others around the world? Imagine my horror when I first visited America and found out it was all about flipping cups, bouncing ping pong balls and beating each other up.

Man. I should really write an article of my favourite drinking games. Would you guys read that? 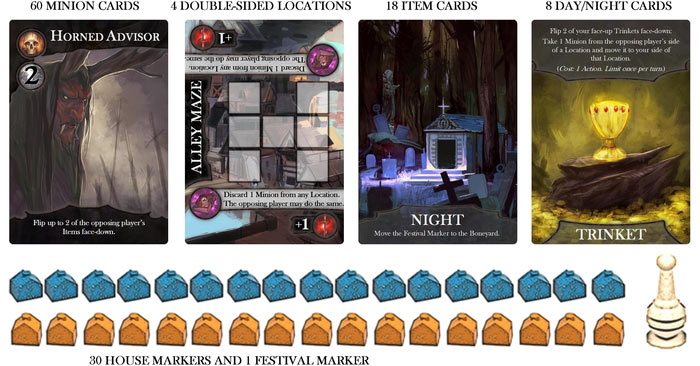 Also back on Kickstarter is Omen: A Reign of War! I’ve heard nothing but breathless praise for this beautiful 2 player card game, but we’ve never looked into it because it’s only been available through Kickstarter and if our audience can’t buy something then we can’t review it.

There are just 7 days left on the Kickstarter, though, so if you felt like reading about it and paying some money for it then that is a thing that you can do. 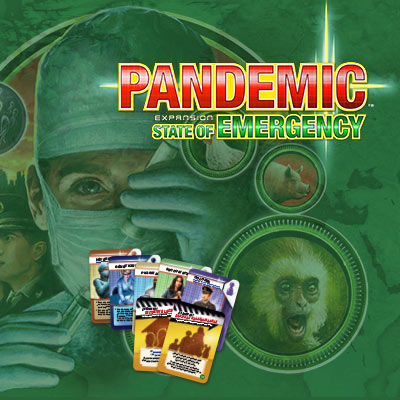 AND FINALLY! 2015 will see Z-Man Games publishing a third (third!) sizeable Pandemic expansion, and once again they’re not messing around. Where Pandemic: On the Brink added (among other cool stuff) the chance for one player to be a bio-terrorist, and Pandemic: On the Lab added an entirely new mini-game, Pandemic: State of Emergency will be adding emergencies, animals and a superbug that can’t be treated. Oh god.

There’s a saying in the TV industry. “Never work with superbugs or animals.” This author is looking forward to working with both at once.