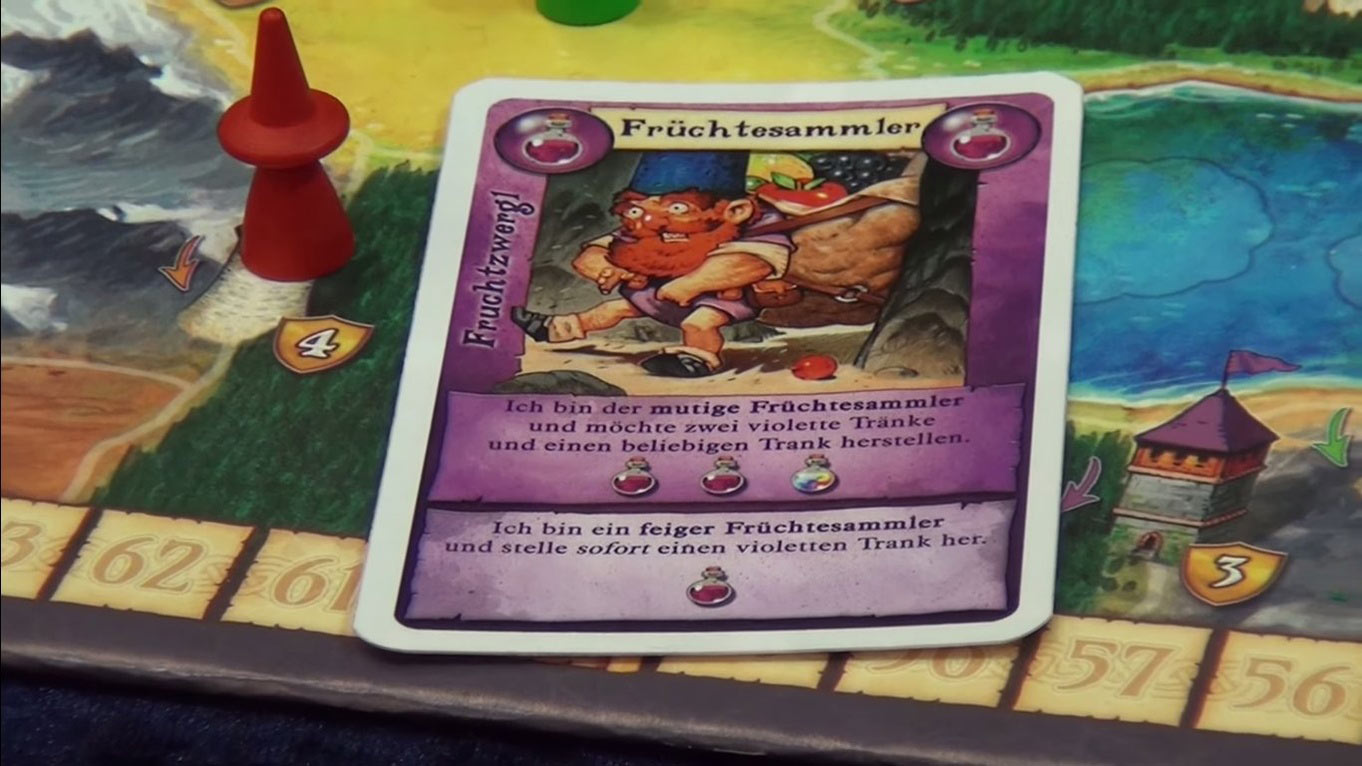 Paul: You want to know how Games News is made.

You’re barely out the taxi door when the car speeds away into the moist and misty night. No other driver would take you to this part of town, not that you even know what this part of town is. The distant splash of water tells you its the docks… somewhere? Yet there’s no water in sight, just bending, sagging buildings that leer down at you and the sickly light of one myopic street lamp.

Almost pushing through the freezing fog, you find the address you were given. A tailor, apparently. “Alterations, modifications, anything sewn rearranged.” It hits you. “Sewn,” rearranged is “News.”

Mad Bella opens the door of the low, frumpy building. Don’t look her in the eye. Hunched, she beckons, with a gurgle.

This is Games News. 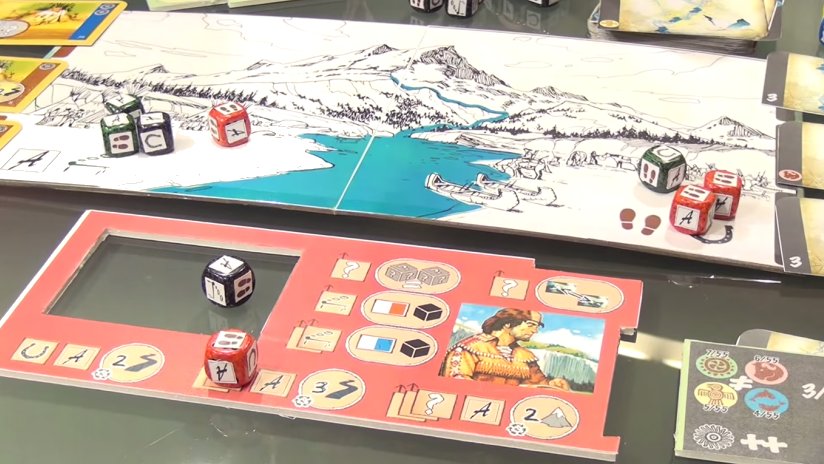 The ground floor is Receiving. The smell is not of new games, but of new flesh, for this is where raw news comes in, ready to be stripped, processed and treated. Take, for example, Discoveries, arriving just about as raw as it can get and glistening there on one of the hooks. Riffing off Lewis & Clark, which we reviewed back in distant 2014 (a time before Left Shark and dress colour confusion, God we were so backward then), it’s no longer about pioneers racing to the Pacific. This time, it’s all about what you discover along the way. The same team are reuniting for this follow-up, so excuse us if we have slight concerns over how the game may represent historical events and peoples, though we’re jumping to no conclusions.

The picture above is about as prototype-y as you can get, coming to us thanks to BoardGameGeek’s Spielwarenmesse 2015 coverage. Isn’t it rather pleasing to see a game in its earliest, most formative stages? Charming. You’ll notice we have BoardGameGeek itself just over in the corner there, barely visible under all the tubes and drills, constantly massaged so that its information glands are at maximal secretional efficiency.

Most of Games News is below ground, through the trapdoor, and here you’ll find our experts closely examining the eviscerated entrails of Broom Service under the staccato light of a single, spasmodic fluorescent tube. Broom Service is, of course, a game all about witches, a beefier, broader version of the out-of-print yet in-demand Witch’s Brew. Witches compete to mix and deliver potions, zooming across the land sort of like an airborne version of UPS. Except actually completing their assignments and handing over packages instead of excuses.

UPS don’t deliver to this address any more. Not after the fourth driver failed to return.

Still, how can you not smile at those witchy pieces with their little witchy hats? All right, enough smiling. 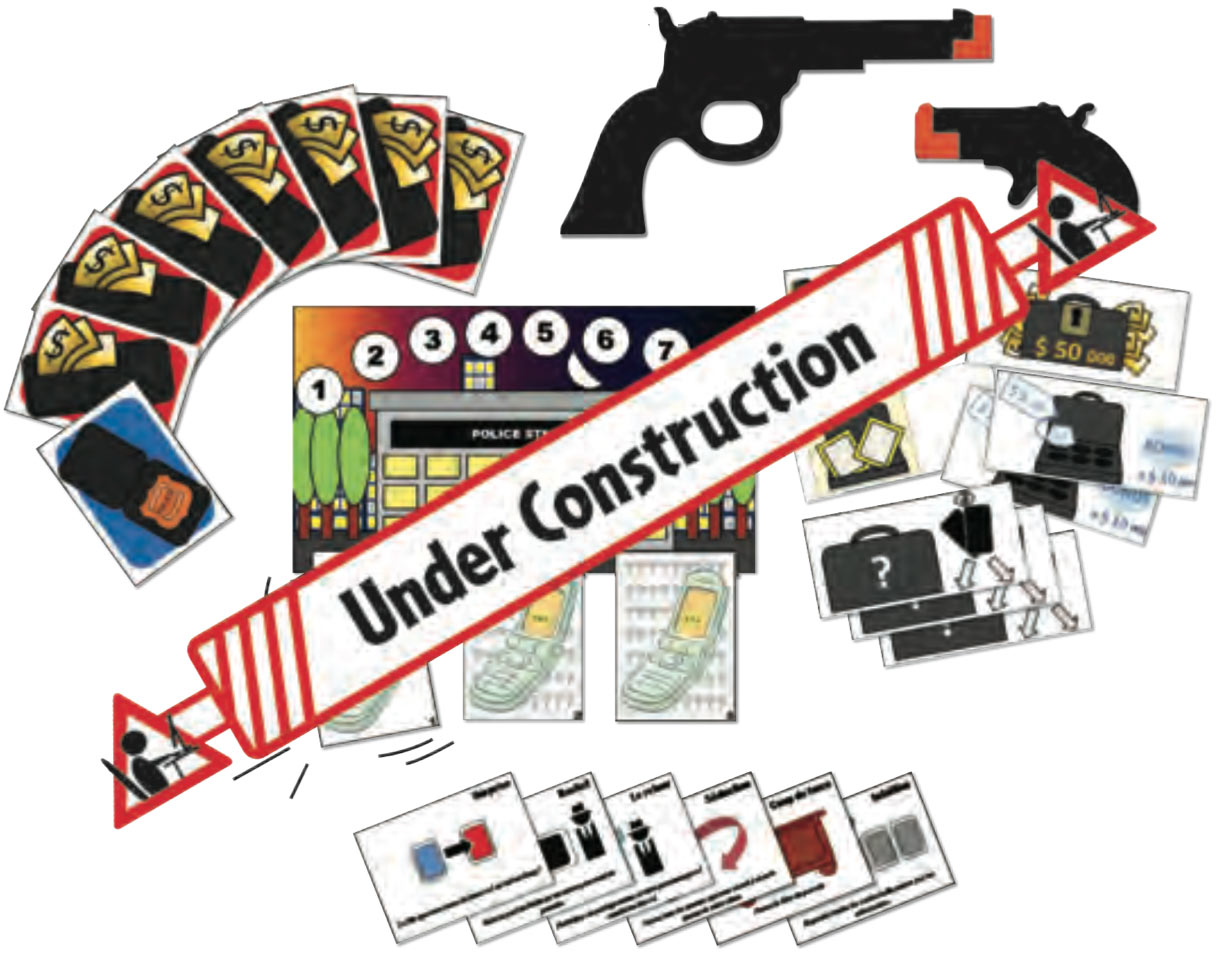 Since the stairs crumbled, the only way further down is the freight elevator, which forces its way through the glowing, pulsing fungus that’s so abundant at these levels. New to our Expansions Cavern is Ca$h ‘n Guns: The Cop, just settling in by beating the bloodrats off with a stuck. The Cop (so new, as you can see from the work-in-progress image) adds extra loot, even more guns and, most importantly, the role of an undercover police officer, so things can get all Reservoir Dogs. It’s all fun and games until someone loses an ear, though down here that’s one of the less painful things you might lose. 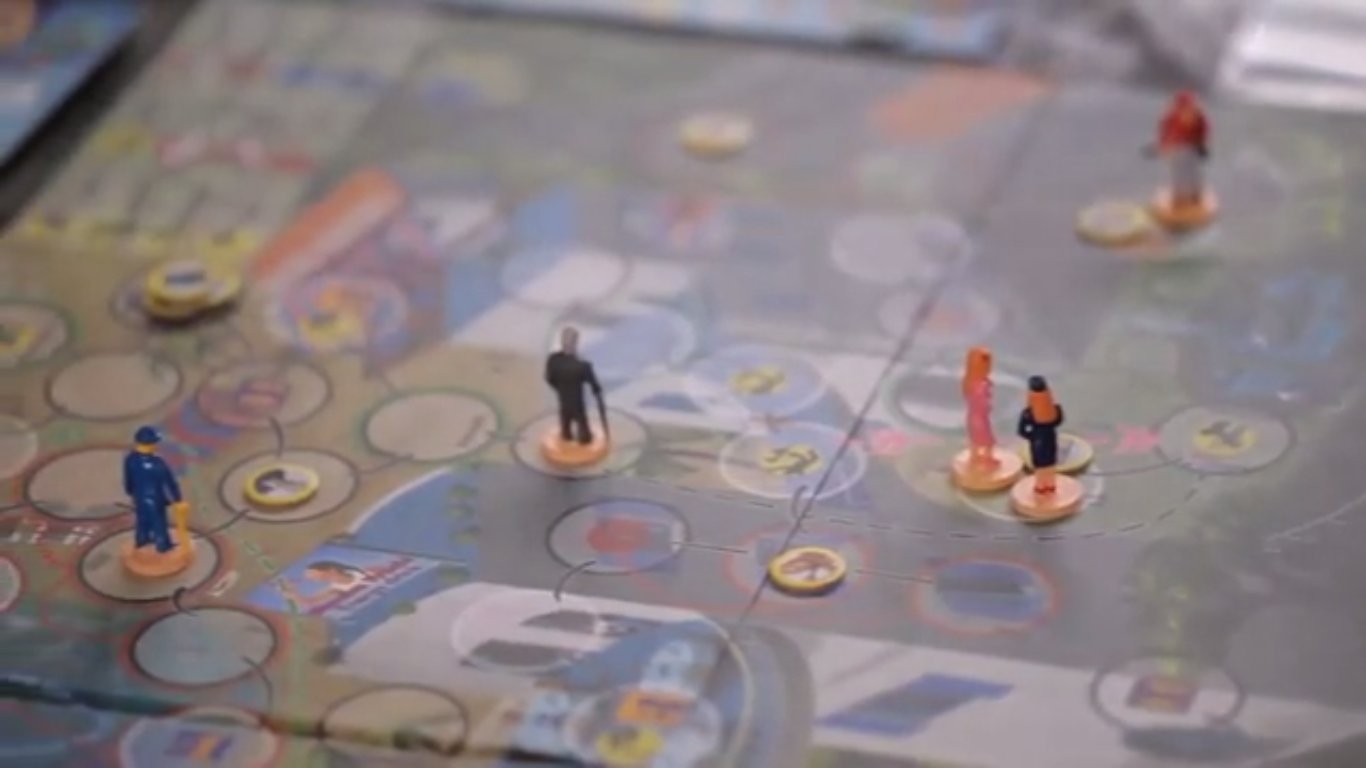 Finally, our tour ends at the Brine Pits, above which Kickstarter games are suspended. Those that are never funded have their chains cut and fall to depths unmeasured. Sobbing out the last of its mucus is Hitman: Holiday, an assassination game rather reminiscent of The Ship: everyone’s job is to kill one other player. But who? With nine days left to go and about six thousand Australian dollars still needed, we might never find out. Of course, it’s all about the execution, but this is a premise that very much pleases me.

Yes, there’s more, but no, you can’t go any further. The Hall of Mourning is off-limits and the Throbbing Chamber is not for you. Come, we’ll watch today’s meeple sacrifice, where a trembling little yellow thing is going to be offered up at the moss-covered shrine of Bruno Faidutti. While we wait, why not play with the new AKO dice? It’s such an elegant, precise design that it’s the sort of thing I imagine being invented by our dear Mr. Spock, a legend who we sadly lost this weekend, a unique combination of gravitas, dignity and compassion.

I hope you’ve enjoyed this visit to Games News. We’ve certainly enjoyed having you. Follow Angry Ackerley back to the surface and be quick about it now. And remember, do not handle unprocessed, unfiltered news. Ever. It’ll melt the skin from your fingers.

That’s why the floor’s so slick.