Quinns: Good morning everyone! I’m back from a holiday in India where I watched a lot of Kabaddi, ate a lot of dosas and explored a little bit of ancient Hampi.

Ack, I’ve only been back at my desk for a few minutes and I’m already playing havoc with the Games News brand. Not one of those links takes you to a rousing piece of honest-to-betsy board game news. Please, let me start your week with some links that do.

As always I like to give the top story to the game with the prettiest header image, and this week that means the glossy Kickstarter of “Ridley Scott’s Alien but Don’t Tell His Lawyers” board game Nemesis. As any Shut Up & Sit Down reader will know, you’ll struggle to find a bigger Kickstarter curmudgeon that ol’ Quintinius P. Smith, but Nemesis’ campaign is so assured, so dramatic and so generous that even I found my mouse finger twitching towards the “Back this Project” button. 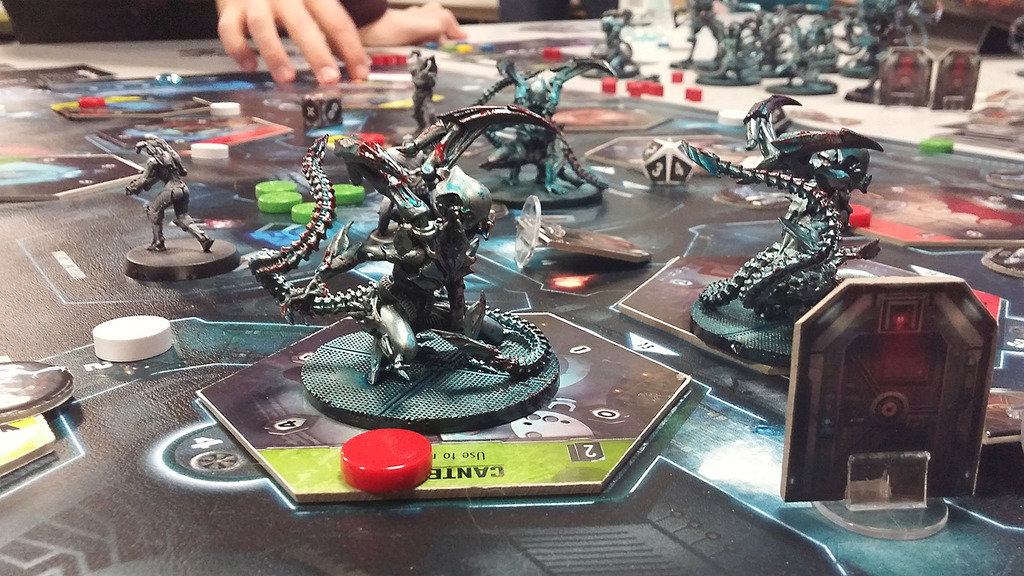 On the one hand, I love the concept. 1-5 players working together to survive some kind of alien invading their spacecraft sounds like a whole cargo bay(?) full of fun. It looks like backers are getting a wide variety of scenarios in the box, and the art design is exciting in a “How much more black could this be?” teenage kind of way (although the design ethos on the women miniatures seems to be “Shall we find our how much tit and hip can we can show without people calling us sexist… ?”)

On the other hand, Shut Up & Sit Down hasn’t yet recommended any games by designer Adam Kwapiński. On reflection, my advice is the same as always- don’t back this first Kickstarter. Wait and see if Nemesis is really that good, and if it is, order a copy during the inevitable second Kickstarter.

Or, you know, throw caution to the wind and back the damn thing. Life is exhausting! Spending money is fun! And who am I to tell you what is and isn’t good, anyway? Enjoyment is subjective. This web site is pointless, don’t tell anyone, shhh 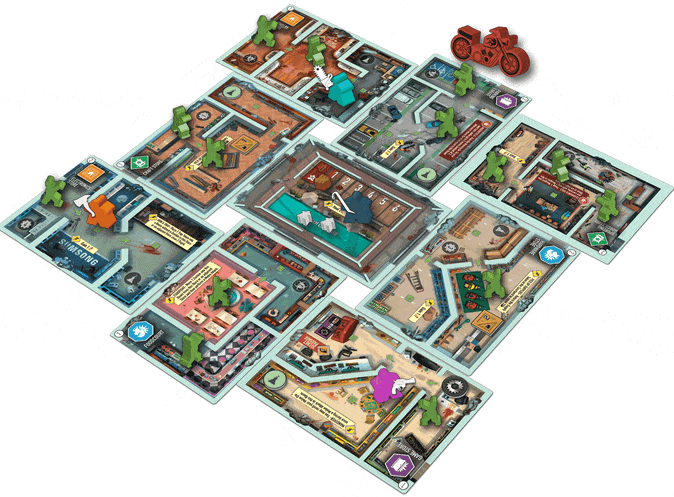 So long as we’re mentioning Kickstarters, Tiny Epic Zombies is another campaign that’s doing exceedingly well this week. Team SU&SD has yet to fall in love with any of the games found in Scott Almes’ popular Tiny Epic series, but you’ve got to admire their impetuous dinkiness. Look, even the electronics shop in the above picture is called Sumsong! That’s got to be worth a buck or two. 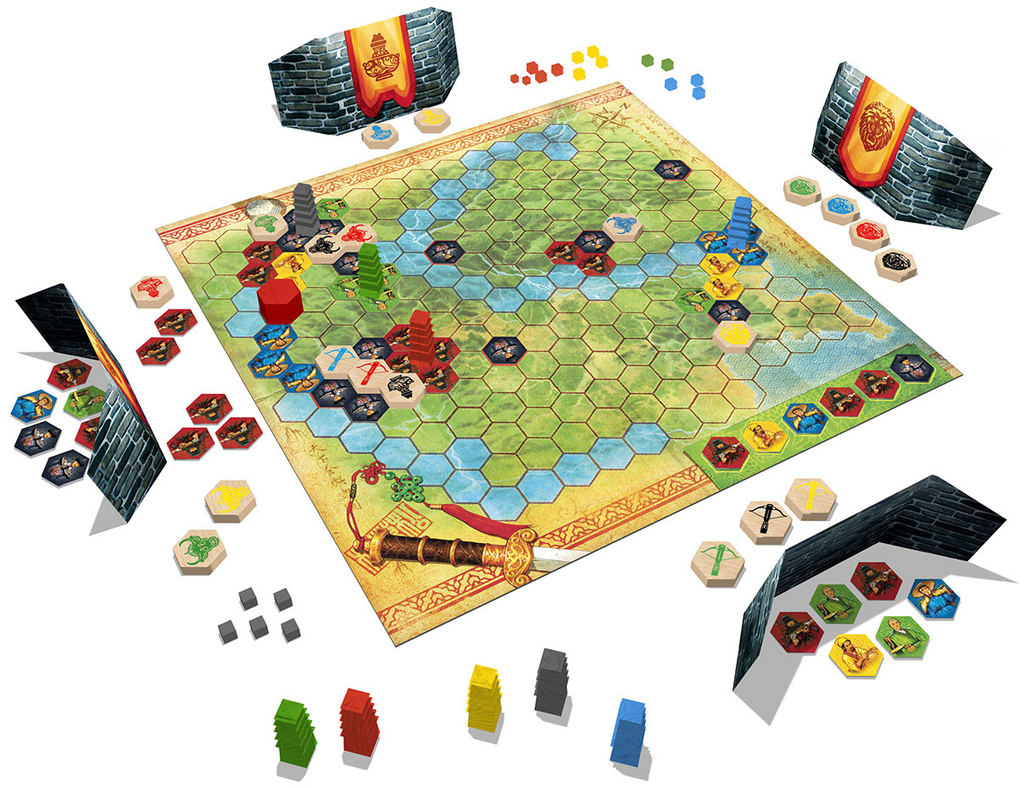 BoardGameGeek News notes that Australian publisher Grail Games has been acquiring the rights for a lot of designs from legendarily prolific designer Reiner Knizia, this week announcing Yellow & Yangtzee, a brand-new sister game to Tigers & Pots, which we reviewed last year.

The above BGG News link lists many of the changes made to the design, the most obvious being that Yellow & Yangtzee uses hexes instead of squares. Another big change is that when two states clash and have a war, every player bids tiles to see which state wins, not just the two players who have leaders there. Anarchy! CHAOS!

On a more mundane note, I know a lot of people are going to be happy seeing the return of wooden components to this series, but taken as a whole I think the Windrider Games version of Tigers & Pots is prettier. As such, Yellow & Yangtzee will have to be a heck of an improvement to edge out Tigers as the game we recommend. 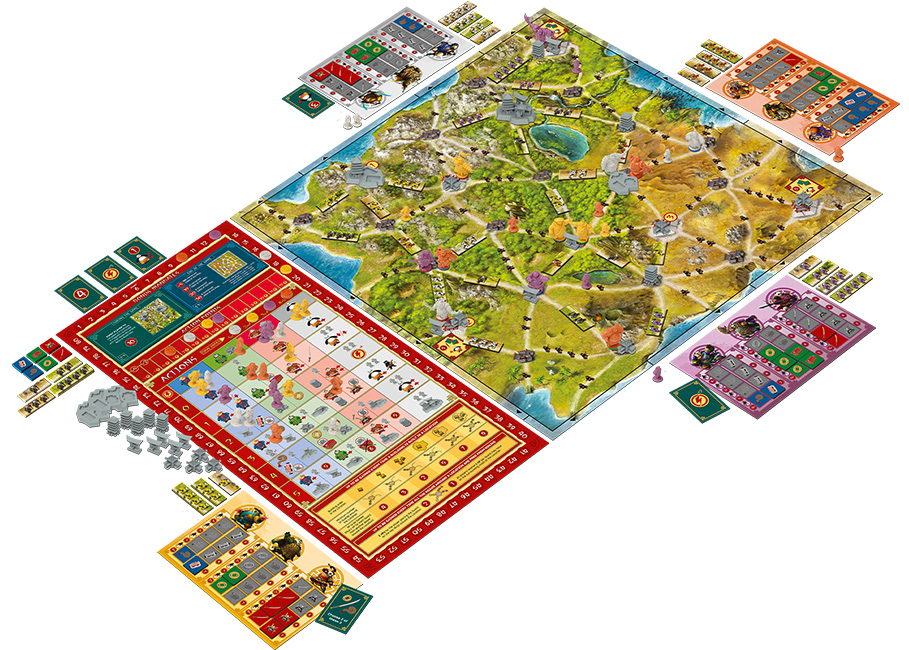 Another new board game announcement is Way of the Panda, a design which (as far as I can tell) originated from Italian studio Pendragon and was then picked up by growing publisher CMON, who promptly added a bunch of gorgeous miniatures and made the pandas on the cover more brooding and spherical (see before and after).

Fans of pandas shouldn’t get too excited. No actual panda attributes seem present in the design. Instead, you’re going to be running your pandas around the board, fighting bandits, building gates and temples and gaining “wisdom”. That said, I suppose you’re not having sex with one another, which is panda-esque. Maybe the whole adventure is a way of avoiding your romantic feelings for one another?

…hang on. Oh, man. I just noticed that those little dark bandits on the board are ninjas, a fact that’s confirmed by the game’s description on CMON’s site. So we’ve got Chinese pandas in Chinese armour, building Chinese buildings but fighting… Japanese ninjas… ? Urgh. That sounds suspiciously like Pendragon saw no problem mashing those countries together in an Asian melange, and CMON didn’t care enough to fix it. I’d love to be proven wrong, but the 1980s-looking chopsocky fonts on the board don’t fill me with hope.

EDIT: SU&SD reader bruitist has pointed out in the comments that the same description says “The ninjas have taken over the ancestral lands belonging to the Pandas,” an explanation that doesn’t make me any more comfortable. The Japanese invading the Chinese? Really? 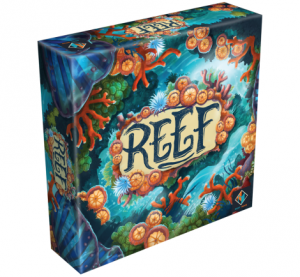 Now THIS is an exciting announcement. Following on from last year’s smash hit Azul, publisher Plan B has announced a new studio titled Next Move Games. Listen to this press release:

“Next Move will focus on LITE themed abstract games with DEEP strategy. Riding on the success and popularity of modern abstracts, Next Move will bring fans PURE games with simple, CORE mechanisms to engage their minds. Fans can expect CHIC, high quality components that offer a simple pleasure to the tactile and visual senses. A final point to note is that every Next Move title will be FOUR letters in length to reinforce the elegance in the game’s design.”

Oooh, I love a good gimmick.

Following Azul, the second game from the studio will be Reef by emerging designer Emerson Matsuuchi (of Century: Spice Road, Specter Ops and Crossfire) and art designer Chris Quilliams, who for my money is literally the best in the business. All we know so far is that “During the game, players serve as the reef itself, alternating turns carefully selecting which colors and patterns in which to grow and expand – the more beautiful the reef, the more points they will score!”

I have four more letters for you: NICE! Naturally we’ll be bringing you pictures and info at the earliest opportunity.

Another press release that cracked me up this week came from German publisher Pegasus Spiele, who announced that they’d been awarded the license for famously long and tedious board game Talisman. The subject line of their email? “THE MAGICAL QUEST NEVER ENDS.” I know, Pegasus Spiele. I know.

It sounds like Pegasus Spiele have no plans to compete with the waterfall of expansions produced by Fantasy Flight, the last holders of the license, and have instead announced four new Talisman games- a dice game, a roleplaying game, a card game and a children’s edition of Talisman.

If you’d like to read more of my thoughts on Talisman, Eurogamer paid me to review the digital edition in 2014. I’ve actually just gone back and had a great time reading my own words. I am ok at writing! Hooray

Now if you don’t mind, I need to get to work editing a couple of little videos that I filmed in India! I can say no more… 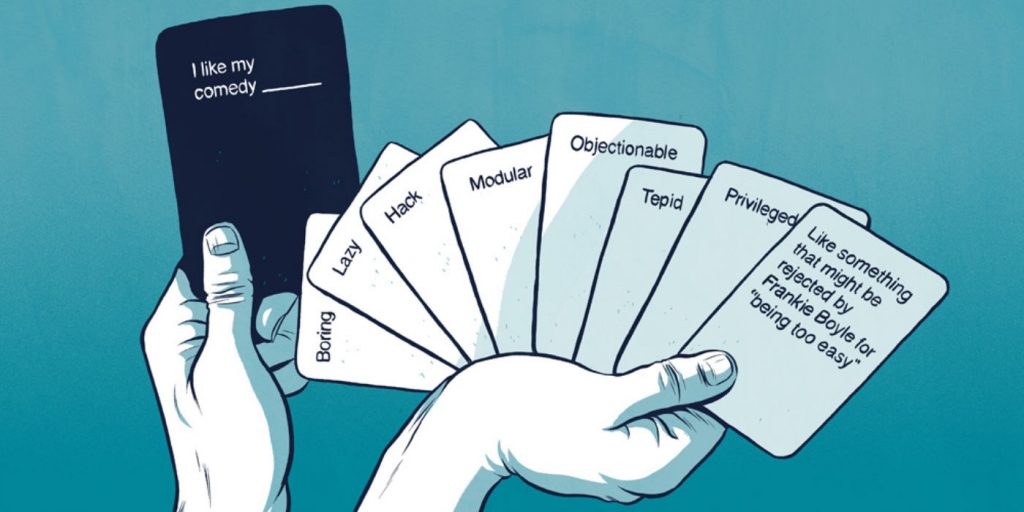 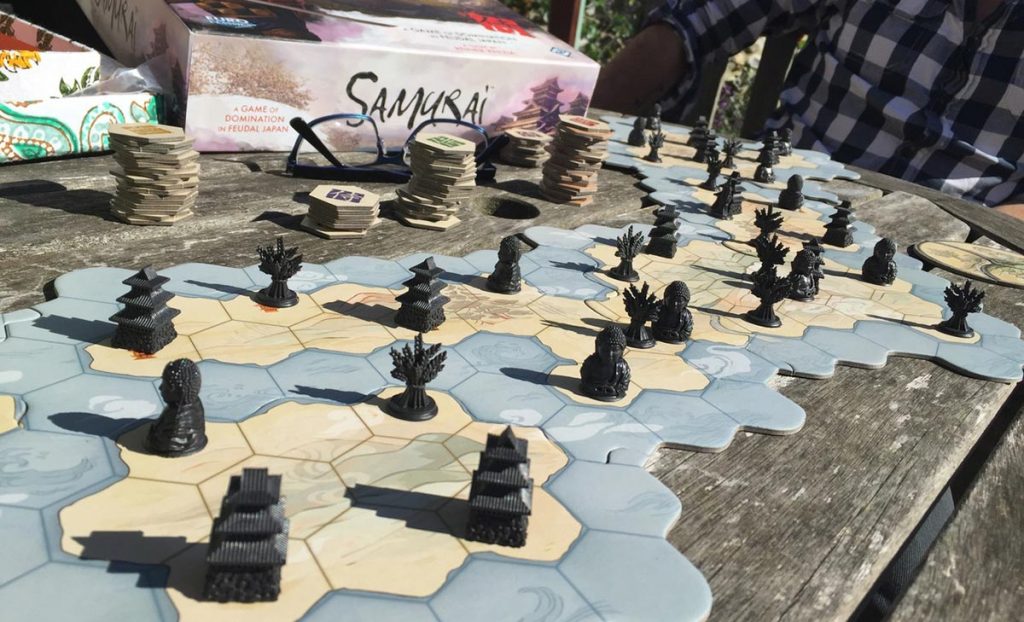