Quinns: Good morning everyone! I’m back from a holiday in India where I watched a lot of Kabaddi, ate a lot of dosas and explored a little bit of ancient Hampi.

Ack, I’ve only been back at my desk for a few minutes and I’m already playing havoc with the Games News brand. Not one of those links takes you to a rousing piece of honest-to-betsy board game news. Please, let me start your week with some links that do.

As always I like to give the top story to the game with the prettiest header image, and this week that means the glossy Kickstarter of “Ridley Scott’s Alien but Don’t Tell His Lawyers” board game Nemesis. As any Shut Up & Sit Down reader will know, you’ll struggle to find a bigger Kickstarter curmudgeon that ol’ Quintinius P. Smith, but Nemesis’ campaign is so assured, so dramatic and so generous that even I found my mouse finger twitching towards the “Back this Project” button.

Quinns: Morning, ladies and gents! Let’s start the week with a clatter of dice a scream of horror. I’ve reviewed the digital edition of Talisman: The Magical Quest Game for Eurogamer, though the article is mostly my thoughts on Talisman.

Talisman isn’t just random. It is riotously, hilariously unfair. I remember my friend crying with laughter because my pious Knight kept finding money. Nothing but bags and bags of money under every single rock, and never anything to spend it on. I was still waving around my crap Fisher Price sword while she was wielding a magic lance atop a benign unicorn. Finally, I arrived on a space where I could draw three adventure cards at once, and the first was a merchant caravan. Success!

The second card was a group of brigands who stole all of my money and dumped it on the other side of the board, for anyone to take. And as always in Talisman, you resolve nasty cards first.

…And so on. You’ll find the full article right here. I had a ton of fun writing it! This box is all magic and problems.

END_OF_DOCUMENT_TOKEN_TO_BE_REPLACED 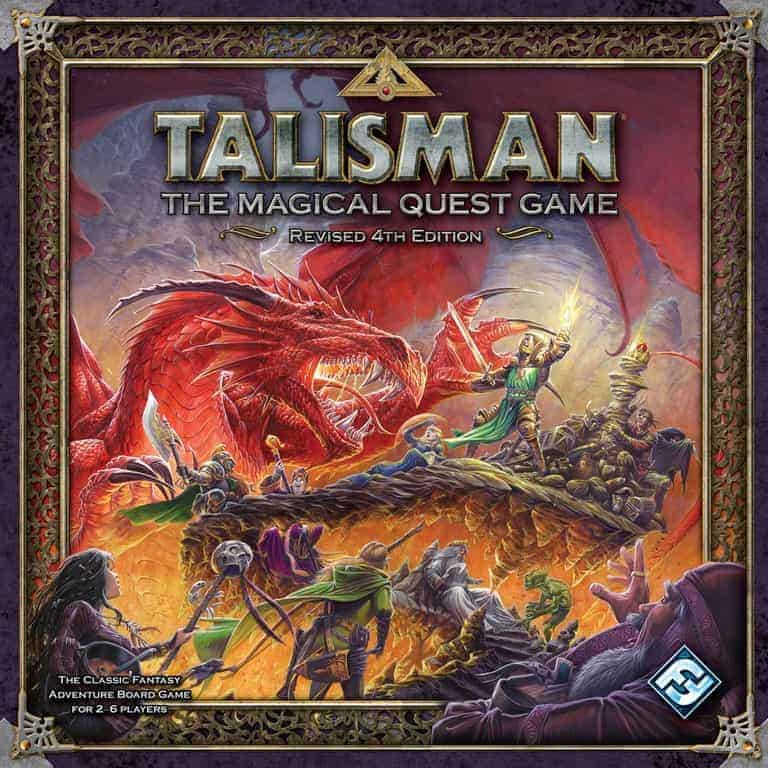