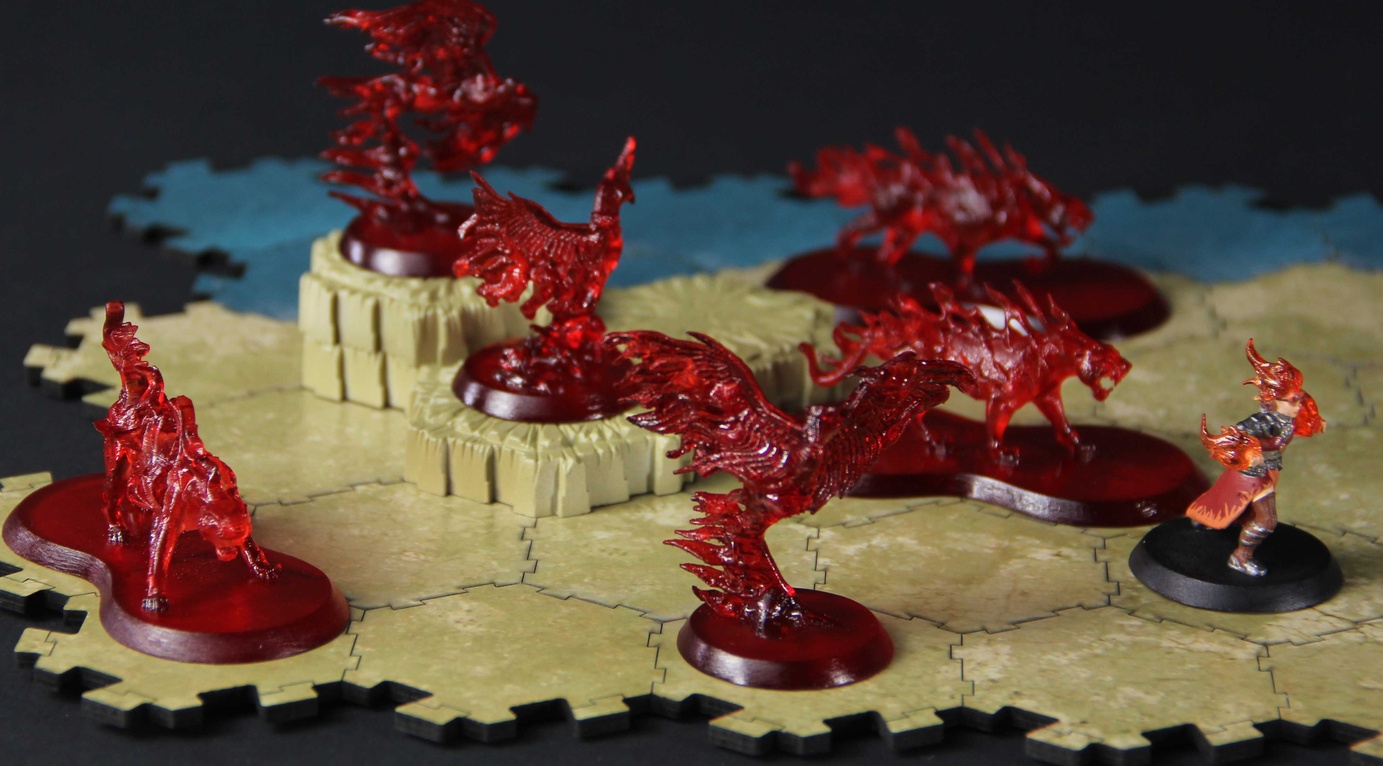 Quinns: Morning everybody! This week the entire board game industry is rammed into Essen’s convention centre, so the only news story we have is of a new collectible Magic: The Gathering board game! It looks an awful lot like Heroscape but less interesting. Mike said it best: “Monochromatic miniatures, poor terrain, and absolutely no chance that a dinosaur will eat a robot while an army man watches.”

Speaking of which, as we don’t have any more news this week why don’t I share my sad story of playing Magic when I was a kid? Take a seat. Or if you’re at work, slide your wheely chair a little closer to your PC, creating a calming snugness between your thighs and your desk. It’s almost like being in bed.

I must have been 12 years old. It was certainly before my body transitioned out of its chubby phase, when I abruptly became 6ft tall and wobbled around with the unholy gait of one of the brooms from Fantasia. At 12 I was similarly awkward but more unhappy, having yet to make friends online (through the internet I’d meet Paul, who I’d go on start this site with).

12 year old me also possessed a terrible jealousy of class L5B at my school. There was a tiny glass window in the door to their classroom, and I’d always peek through when I walked past it at lunch. These stolen glances never disappointed. You could always, always see people playing Magic: The Gathering. In a school of fifty classrooms, only here had interest in the game reached a critical mass where you could play this – a geeky card game! – in public.

Man. In hindsight, kids are shit, aren’t they?

This wouldn’t have been so bad if class L5B had been in the same year as me. No, they were in the year above. The room might as well have been radioactive. I could never, ever enter this room where I belonged. But somehow, I decided it was still worth a shot.

So I packed up what I thought was a good deck (exhaustively tested in games against myself), hid it in my bag where nobody in my class would see it, and during lunch I crept off to this forbidden door with the tiny glass window.

I knocked and some impossibly tall, acne-riddled teenager appeared. This was a year fighting a frontline war against puberty.

“What,” he said, without the question mark. It was a bit like trying to get access to the least cool underground poker game ever. I pointed at a Sikh kid with a turban playing Magic, and asked if I could speak to him.

“I have a deck. Can I play?” I asked him when he grudgingly came over, knowing that the shorter a sentence I spoke the smaller the chance that I’d screw it up somehow. Luckily for me, this kid had begun his transition into a full-fledged human being. He cooly invited me to sit with the rest of the Magic nerds in the middle of the room. Obviously, everyone else there immediately started talking about me and making fun of me, but it didn’t matter. I was at the table. I just had to stay there.

There’s another side to this story, though. This wasn’t the kind of appearance I felt I could make twice. This was my only chance at hanging with these older kids, and for some reason I knew I could not lose this game. I don’t know why. So I’d fixed the decks I had in my bag.

My plan was to cheat.

This was petty both in concept and execution. One of the cards in my deck had the slightest notch in it, and that, and the six cards below it, made up the perfect opening hand. I’d do a bad job of shuffling, then just make sure these seven cards were on top.

I was not a dextrous kid. Imagine a poorly co-ordinated teenager trying to shuffle 60 cards. Now imagine the same thing, but the kid is trying to fumble seven specific cards into place. To this day I don’t know if I got away with it, though I think it’s more likely they knew what I was doing but didn’t say anything.

I can barely remember the game itself. Just the sense of being sat in the dead centre of this room (why weren’t they playing in the corner?!) while older kids took a vague interest in their own nerds taking on a kid from the year below. This game they didn’t care about had, in that moment, become an area where they could lose face. It was a strange event. All I remember through the adrenaline fuzz is that the guy was playing an all-Artifact deck and silently, with no joy whatsoever, took me apart in about five minutes.

I don’t remember if I thanked him for the game. I just remember leaving very quickly, being stood back in my school’s familiar hallway, knowing that I would never go back in there ever again.

This weekend I ran my second Netrunner tournament (you can subscribe to emails about future ones here). On the day, people are always asking whether I minded not playing and just moderating for the day, recording results, that kind of thing.

I’m always like, “Are you kidding?” Nobody else there gets the feeling of walking around a packed bar, seeing total strangers sit down to play games together. They don’t get to have the same players come up and shake your hand, thank you, and then walk into the night to take stories of their victories and defeats back to their friends. That’s the greatest feeling in the world. 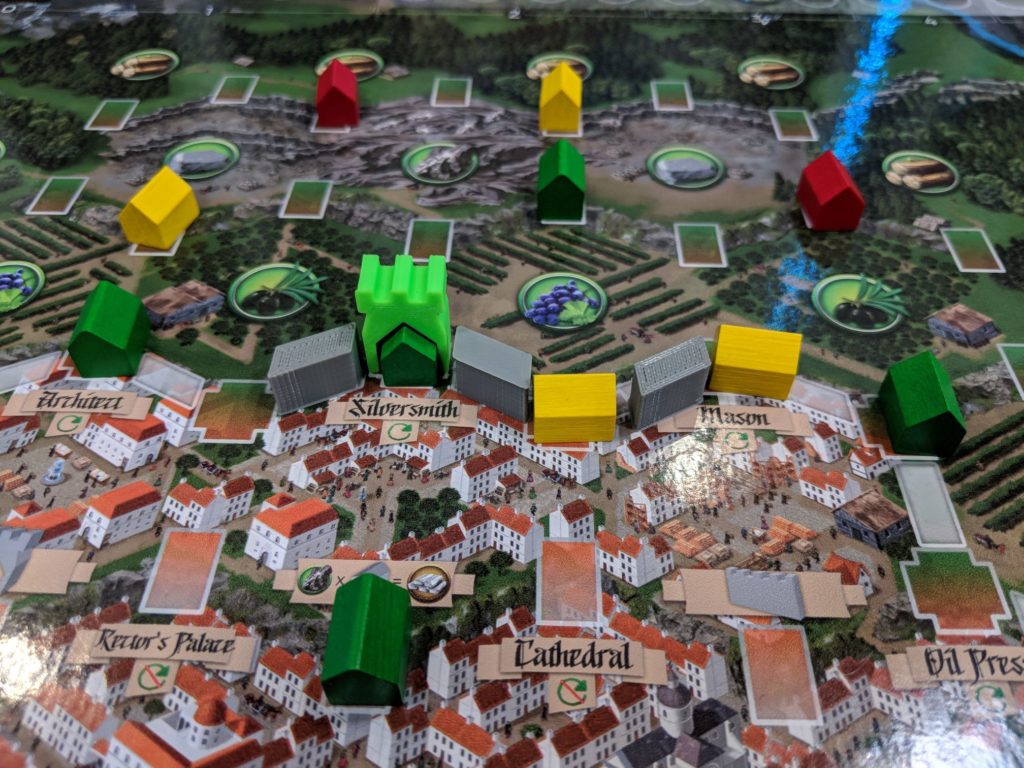