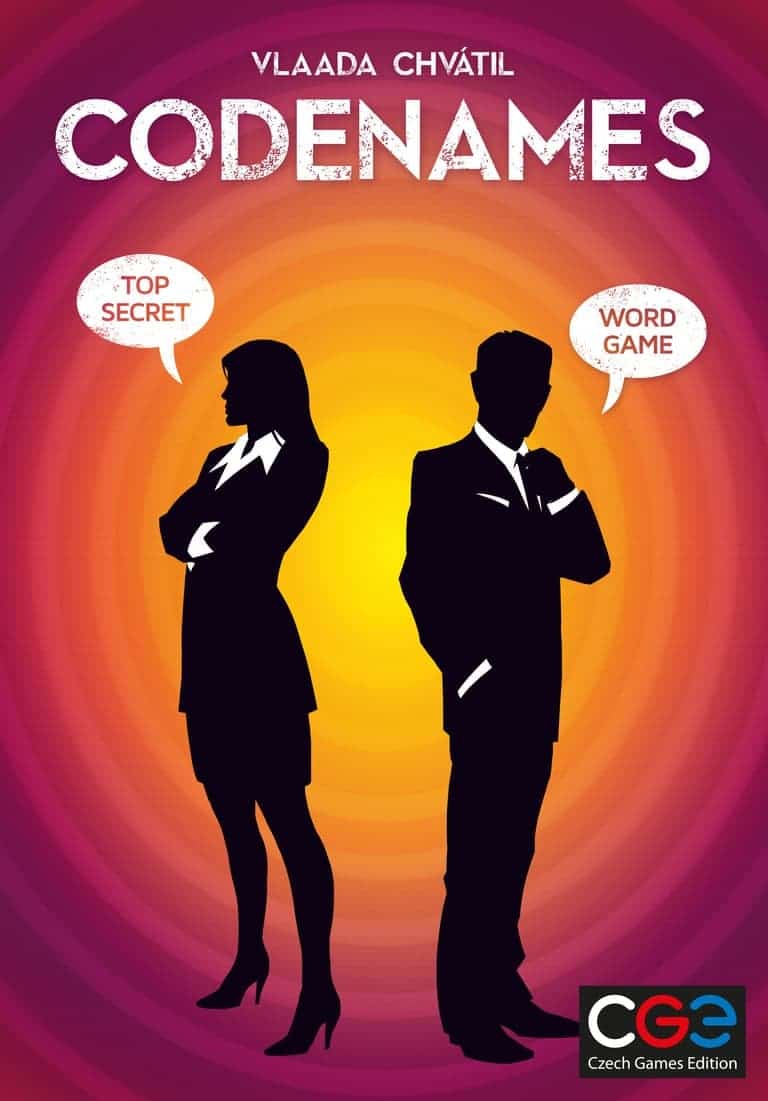 In Codenames, two teams face a square grid of 25 word cards. Each team has a captain, and both captains can see (via a hidden picture) which cards belong to their team, which cards are neutral, and which single card is the “assassin”.

On a turn, the captain gives their teammates a clue such as “Car 4”. Those teammates then select cards (up to the number given) which they think the captain might have in mind for the clue (perhaps “Wheel”, “Electric”, “Vacation” and “Price”). Choosing a word not belonging to your team ends the turn, and choosing the “assassin” word makes you lose immediately. Assuming neither team falls to the assassin, the winner is the first team to uncover all of their own words.