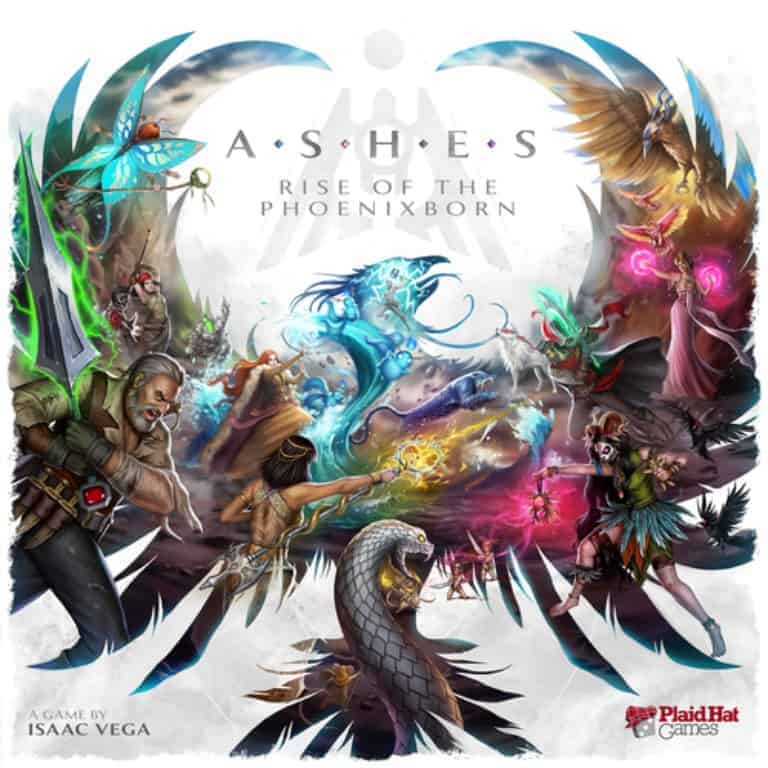 In Ashes: Rise of the Phoenixborn, an expandable card game, players take on the roles of Phoenixborns, demi-gods and protectors of this world. These characters are the great saviors of their civilizations. Before they came into existence, the humans were plagued by monsters like chimeras that took away their lands and forced them to live in walled-off cities. When the Phoenixborns came, they fought off the chimeras and freed the lands for humans to take over once again.

But the time of peace was short-lived. A prophecy arose that if one Phoenixborn was able to absorb enough Ashes of others, they would ascend into full gods and take mastery over this world. This, as well as humans’ greed for land, fueled the War of Ashes. The great cities now fight among each other, each one of them with a Phoenixborn at its helm, and you will decide who will rise and who will fall to ashes.