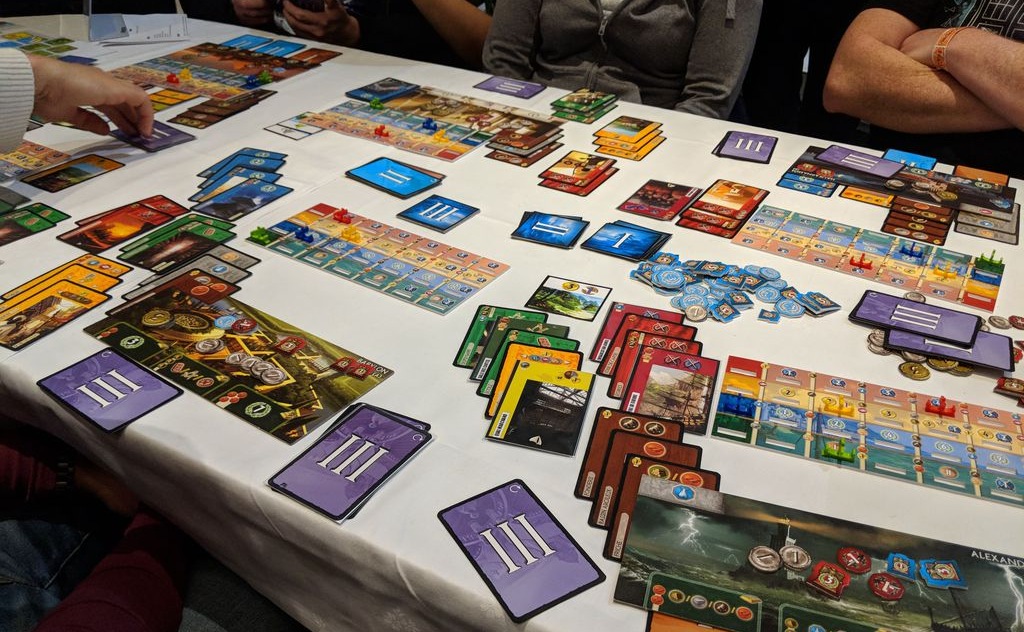 Paul: Welcome to Shut Up & Sit Down’s Games News, the only organic board games news on the internet, specially selected by our team of expert newsologists and prepared for you with only the very highest quality ingredients.

Quinns: That’s right. Our artisanal news is of the very highest quality and proven by science to be extremely good for your health. Ah, I see the first course is being served now! A light soup full of tiny boats, representing the latest expansion for legendary drafting game 7 Wonders- 7 Wonders: Armada!

Following on from the simplicity of Leaders, the colour of Cities and the strangeness of Babel, Armada will act as an additional layer draped on top of 7 Wonders, as if you were covering the base game with a fine chiffon.

Each player will get a new “Naval board”, and whenever they draft a card they can pay to advance one of their like-coloured ships along a track. Excitingly, your red “naval military” track is compared to all players at the table, not just your neighbours, allowing you to bully victory points out of literally everybody. It’s breaking 7 Wonders’ cardinal rule! I need a lie down. 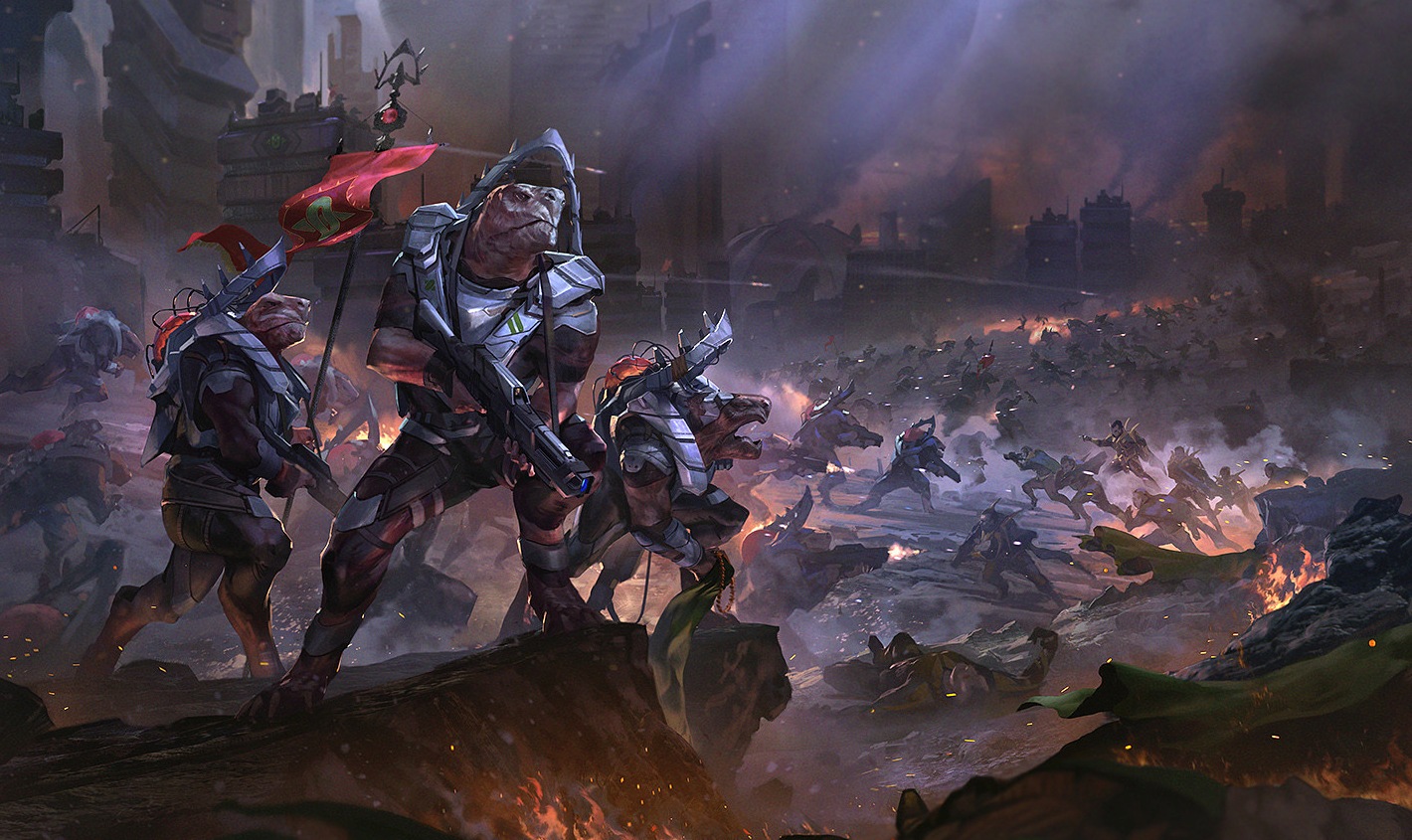 Quinns: Ah, our second course approaches! Asmodee’s formed a new entertainment division. This is a pill you try to swallow just once, with a dash of astonishment.

Paul: This new entertainment division will be adapting Asmodee’s many tabletop franchises into other media, such as comic books or films, meaning we can finally have that Twilight Imperium comic or T.I.M.E. Stories film that we… never needed? I mean, come on, so many of these are light on plot or relatable characters. Why even use them as the basis of structured narrative instead of just coming up with something that gives you fewer constraints and more possibilities?

Quinns: After the news of Fantasy Flight Games’ new interactive division being announced last year, it certainly looks like there’s an effort to make these IPs much bigger than they already are. And if there’s money to be had in that, there’s always someone who’ll try it. If someone could scrape together $300m to make that Battleship film, no doubt someone else can find a tenth of that to make ARKHAM HORROR NETFLIX or something. And that might not be bad! Against the odds, that Dead of Winter comic wasn’t terrible in the slightest.

Paul: Speaking of our loosening grip on reality, the release trailer for Catan VR is upon us!

Quinns: Honestly? It looks like a very slick adaptation, but what I can’t stop obsessing over is the customisable virtual room in which you play the game. There’s something very weird and backwards about strapping yourself into a VR headset so that you can enter a realm inspired by a vague and insipid board game… in which you can only play the board game? It’s like a Russian nesting doll made from compromises. 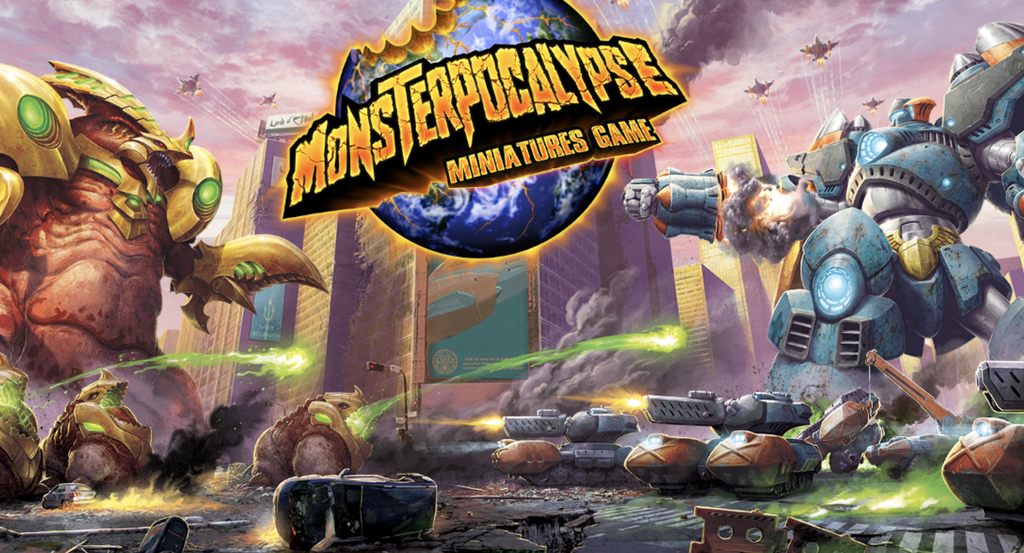 Paul: This week we also have news of a new edition of Monsterpocalypse, a miniatures game from the creators of Warmachine that I feel should be much more famous than it actually is. Players control either enormous monsters that are rampaging through cities, devastating the scenery as they go, or the defending forces trying to beat them back, featuring things like giant robots and trundly tanks. Both sides in this battle are made up of different factions and you can bet that the game will only be expanded further over time. I guess that means you can have things analogous to Godzilla and Mothra and Petey the Giant Panda.

Quinns: I know you’re trying to joke there, but let’s not forget that the King of Tokyo expansion really did introduce a giant panda.

It looks like the game of Monsterpocalypse is starting with single player starter sets, which more often than not are a bit disappointing. Will this be entertaining in and of itself, like X-Wing or Summoner Wars? Or will it fail to deliver the excitement of the full game, like Star Wars: Legion (which we just reviewed) or Star Wars: Armada? 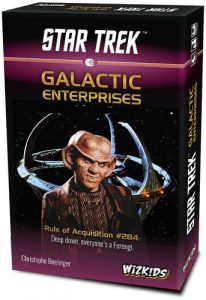 Paul: I had a sudden high followed by an immediate low after seeing that Star Trek: Galactic Enterprises was warping our way. A Star Trek game about fiendish Ferengi negotiation sounds like a fine use of that universe, with all sorts of businessy rule-making-and-breaking, but then I saw that this is being made by Wizkids and that we’re often disappointed by the production quality of so many of their titles.

That’s not to say that some of their games aren’t good, but the recently released Sidereal Confluence isn’t the prettiest or clearest thing and if anyone wanted me to recommend them a Star Trek game, I’d immediately suggest the RPG that Cynthia looked at last year, instead of any of the board games.

Quinns: Are you ready to go up and down again?

Quinns: The designer of Galactic Enterprises is none other than Chris Boelinger, the designer of the fantastic Archipelago (see our review here) as well as Dungeon Twister.

Quinns: …But more recently, he’s become known as the designer of A Dog’s Life, Illegal and 4 Gods.