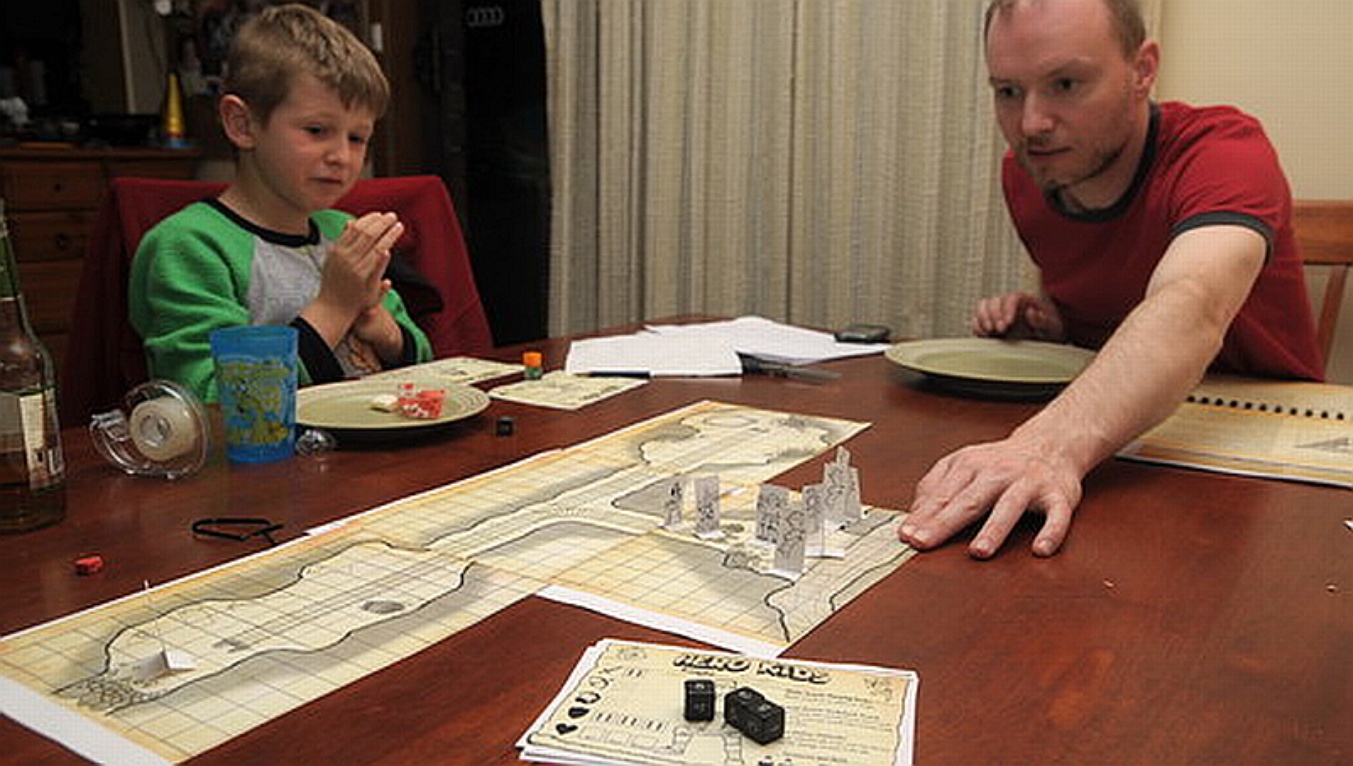 Quinns: We open this week with Six Games to Introduce Your Kid to Roleplaying, an article published over the weekend by Shut Up & Sit Down’s own Matt Thrower. Some would say teaching your child that they’re an imaginary druid called Elwad constitutes child cruelty. Not this site, though.

I’m mentioning this first because I found the above image via Google image search and needed it on our front page. It’s perfect. The glazed expression of the father. The frozen terror on the boy’s face. “The dice will tell us whether you live or die, son. Don’t cry, now. Would Elwad cry? Of course not.”

It’s not only Matt who’s been busy this week. Let’s take a little world tour of our associates in the tawdry realm of table games.

Specter Ops: Shadow of Babel (a.k.a. Metal Gear Solid: The Board Game: But We Couldn’t Get the License) is looking like one of the most exciting releases of the year, with one player sneaking around a high-tech facility and noting their movement on a little pad of paper while the other players hunt them down.

Except The Dice Tower has their review up already! Wow.

I trust The Dice Tower, so I’m sad that they decided Specter Ops doesn’t quite topple Fury of Dracula from its perch, though it sounds like a ton of fun all the same.

Sometimes I wonder why Plaid Hat Games don’t send us early copies of things. Then I remember that to get packages to the UK from America costs around $4000, and last time they sent a box over we kicked Mice & Mystics in its little mousey nuts. At these times I turn to face the dishwater-coloured English sky outside my window, consider it, and give a tiny little nod.

Meanwhile, this weekend legendary German board game designer Reiner Knizia provided a supremely short three minute keynote video for the year’s Global Game Jam. You want to skip to 13:50. In a world exclusive scoop, Shut Up & Sit Down can reveal that Knizia is not using a green screen in the above video but actually broadcasting from within The Game Dimension.

Reaction to Knizia’s presentation was mixed when I dropped this video into our Slack channel. On the one hand, he’s adorable. Look at his little bow tie. Listen to how earnest he is. Who better to be an ambassador for the board game scene?

On the other hand, he appears poisonously out of touch. Matt was quick to point out that he’s essentially telling assembled game designers the world over that 2015 is The Year of Plastic Toys That Make Noises. And as for the Dice Plus that he talks about, Paul and myself were each given one last Spring. The machine itself was so pointless that we never covered it on the site, ever, and then both devices broke within six months from nothing more strenuous than sitting on our desks.

Knizia’s not wrong that 2015 is the year that tech start properly integrating with board gaming, but the proponents of that are Czech Games’ Alchemists and Fantasy Flight’s XCOM board game, each of which uses a downloadable app to enable mechanics that an analog game couldn’t do by itself. Not a speaker embedded in a board that rasps at your child when they move a toy. C’mon!

Good news! Masato Uesugi’s Dungeon of Mandom is getting a release outside of Japan. Bad news! It’s no longer called Dungeon of Mandom, meaning this is probably the last excuse I have to write the phrase “Dungeon of Mandom” on this site. The Western edition will be called Welcome to the Dungeon. 🙁 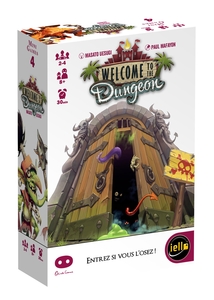 This is an absolutely fierce little risk-taking game where everyone plays heroes daring one another to go into a (yes!) dungeon. On your turn you either increase the stakes of the dungeon by adding secret monsters or removing equipment, OR you can pass. Once all players except one have passed, that player enters the dungeon and sees if they survive. If they don’t, they’re dead and out of the game. If they survive, they’re a hero. Survive twice to win!

It’s simple, it’s funny, and like SU&SD favourite Skull it has the schadenfreude of watching your friends bite off more than they can chew and choke to death on it.

And finally, in news that has reached BoardGameGeek with all the excitement of a lingering fart, a Kickstarter for a card game titled Exploding Kittens has raised almost $4,000,000 in its first few days due in no small to the involvement of The Oatmeal’s Matthew Inman. As sneering boardgamers have been quick to point out, Exploding Kittens is quite similar to board gaming’s predominant wacky-fest We Didn’t Playtest This At All, although in doing so they seemed to fail to remember that We Didn’t Playtest sold pretty well and could do with an update.

It’s all good by me! These are people who wouldn’t be playing card games anyway, and once they’ve enjoyed one they might well enjoy another. A rising tide lifts all ships. A fact I remind myself of every single time I see Cards Against Humanity’s Max Temkin deliver another talk about his success. 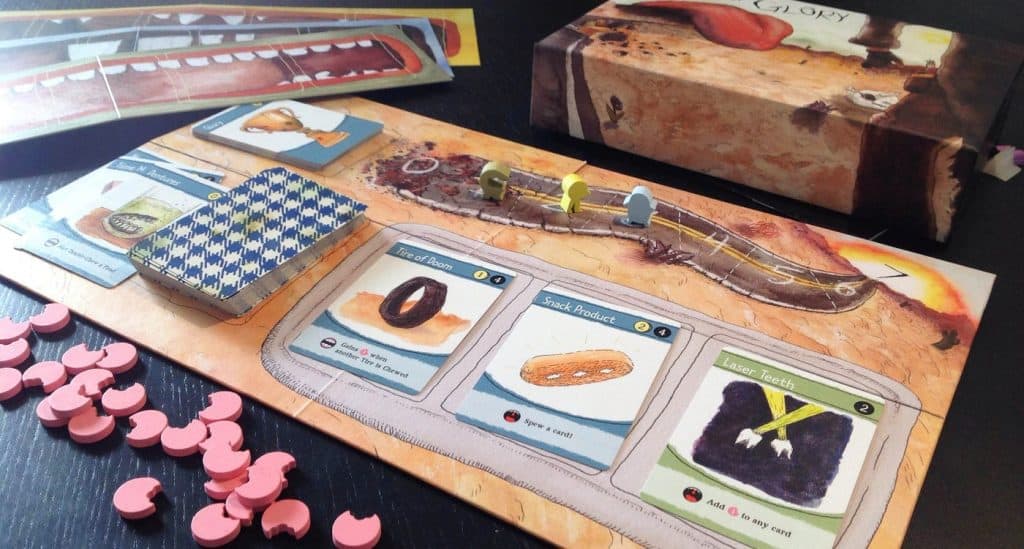 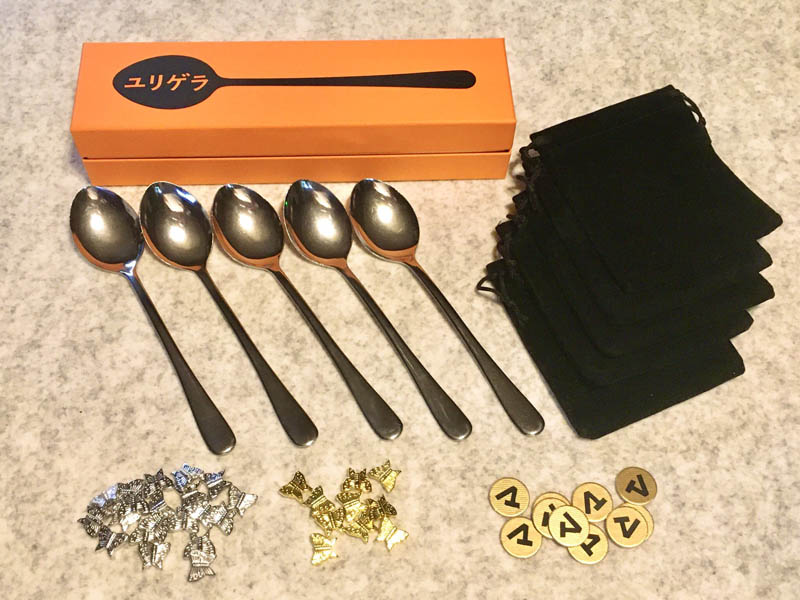