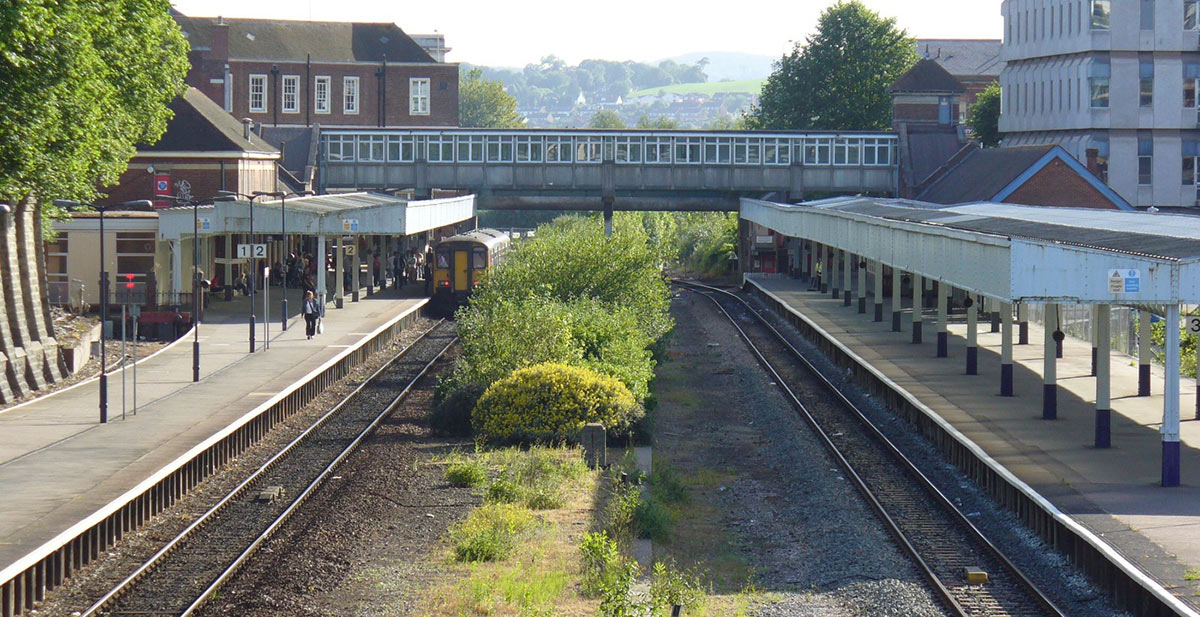 Paul: Today we’re coming to you live from… for some reason, live from Exeter Central Rail Station where, as you can see, the crowds are just… just wild for-

Quinns: The crowds here are absolutely wild for the board game news we have! I can barely hear myself over the noise! This response is unprecedented!

Paul: Yes, yes it is! Our first story is all about Survive! and it only gets more exciting from there. How are you guys back in the studio? Are yo-

Quinns: DON’T CUT BACK TO THE STUDIO. 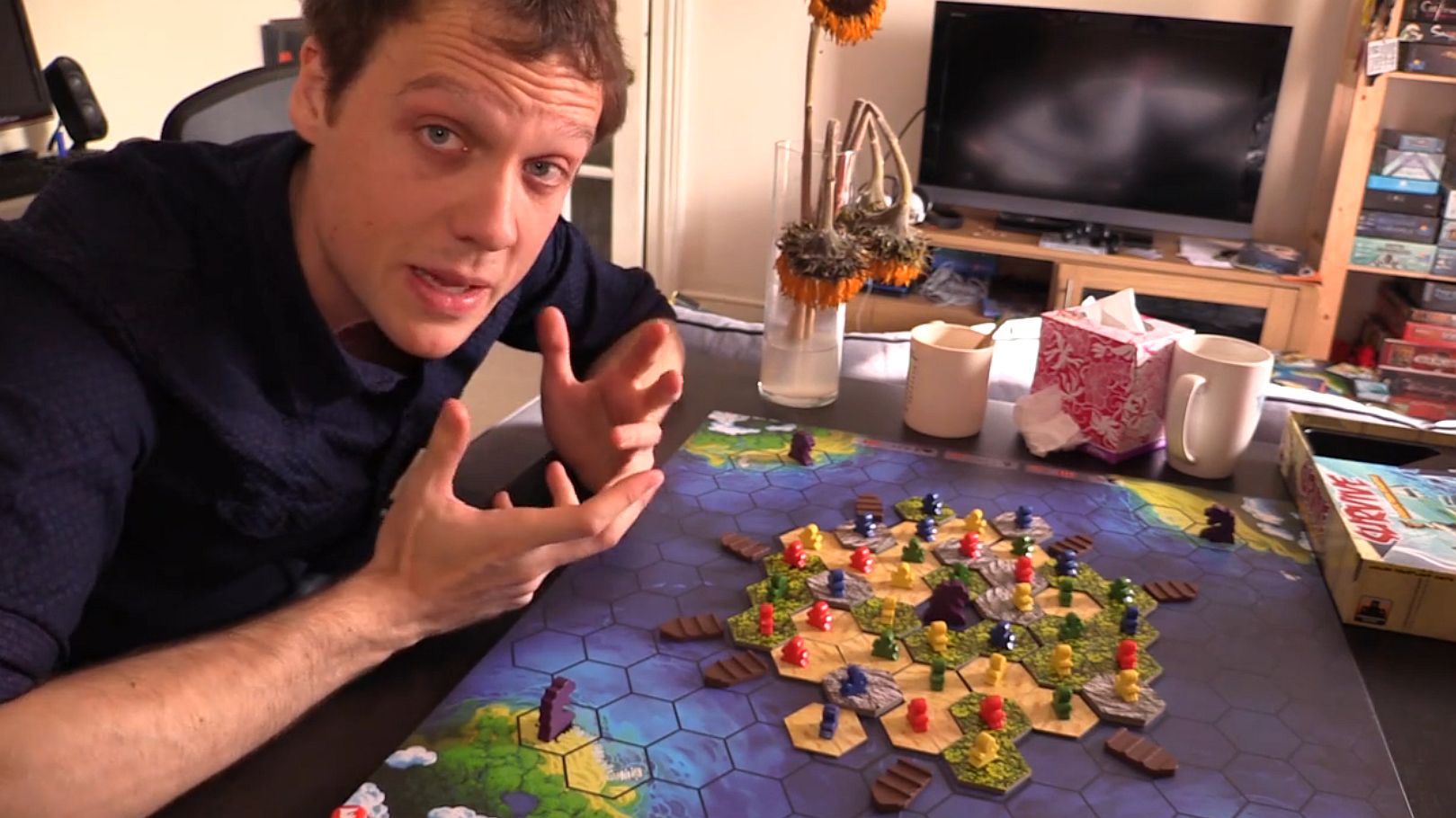 Paul: Ha ha! So you remember Quinns’ excellent Wet Retirement Special, where he looked at Survive! Escape from Atlantis? That’s a rather special game to me, as I remember playing an older incarnation as a kid and being excited about it. It was one of the first different and exciting board games that I could get friends to play and I think it still works pretty well today as a gateway game, a family game and a good evening’s fun.

Well, the good news isn’t just that it still lives on, it’s that we’re now looking at a new interpretation of it! Stronghold Games, owners of the license, have asked for Brian, Sydney and Geoff Engelstein to re-imagine the game, creating Survive: Space Attack!

This new version is designed to appeal to a more traditional “gamer” audience. That team are, of course, the designers of the wonderful Space Cadets, aren’t they? But, Quinns, you’ve mixed opinions on this?

Paul: Hey. I’ve got nothing on my prompter. I ca-

Quinns: Er. Yes, that’s right! I mean, no! This idea gets one fat thumb down from me, pressing an eject button and launching me into a wormhole that will, hopefully, take me to a dimension where this game doesn’t exist. Stronghold Games took a game with an evocative, interesting theme that everybody likes (sharks! dolphins! fragile boats!) and felt the need to turn it into yet another sci-fi game. And that’s not all! They’re also adding more rules and cards “appeal to gamers.”

I’m not saying Survive: Space Attack! makes bad business sense, it’s just a shame that Stronghold took ownership of this beautiful, beloved IP, and rather than making the nicest version ever made, the first thing they do with it is… make it look like everything else?

Paul: I understand the appeal of wanting to diversify, but I can also understand your concerns. I don’t quite know what “gamers” are and sometimes I worry about terms like that being more divisive or exclusive than helpful. Particularly as this was a game that I used to reach out to other people! Still, I remain keen to see exactly how this turns out.

Speaking of keen-to-see-how-it-turns-out, our studio team- 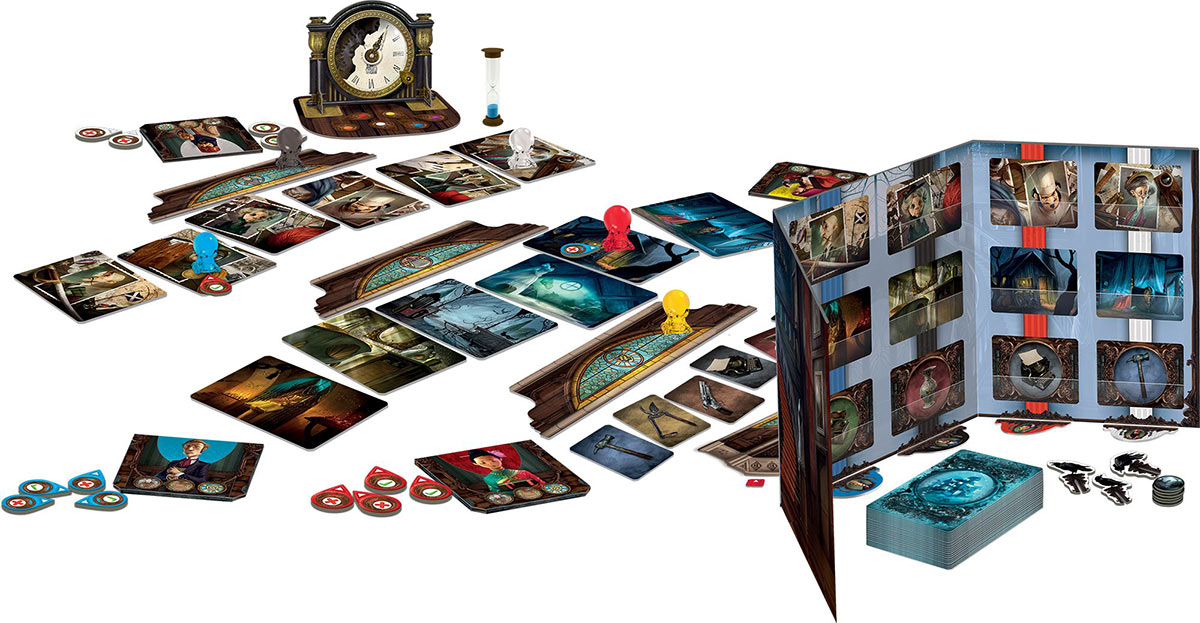 Paul: Ha ha! Our, er, whole team are so very ready to welcome Libellud’s new version of Mysterium, which will finally bless us with an English-language version of a game we loved. Not only is it translated, it’s illustrated in a remarkably different and very attractive style, isn’t it?

Quinns: Exactly how many are dead? Wh-

Paul: CUT BACK TO ME it’s not a flat-out better-or-worse style, but all those quite harsh, realistic drawings from the original are being replaced by something more stylised that also looks great.

Quinns: Oh God. Yes. Yes! It’s a lot cleaner. Lots of the clutter that made Mysterium so hard is gone. There are now sand timers, a vertical clock and investigators can guess one another’s cards as well as their own and score points. Score more points!

Paul: Can you just pan it so it looks like there actually is a crowd behind us?

Quinns: Don’tyourmicrophoneislive it very much seems like Libellud are really, really polishing a game that, frankly, deserves a polish and a lot of love. Their edition has less folksy charm, but more “HERE IS A TOY AND YOU GOT LOTS FOR YOUR MONEY”.

Paul: As you can see, the crowd here are just mad about that! You probably can’t hear them because we’ve, um, had to put in a… noise gate. Now, onto our most unusual story of the day, brought to us by Millicent, who- 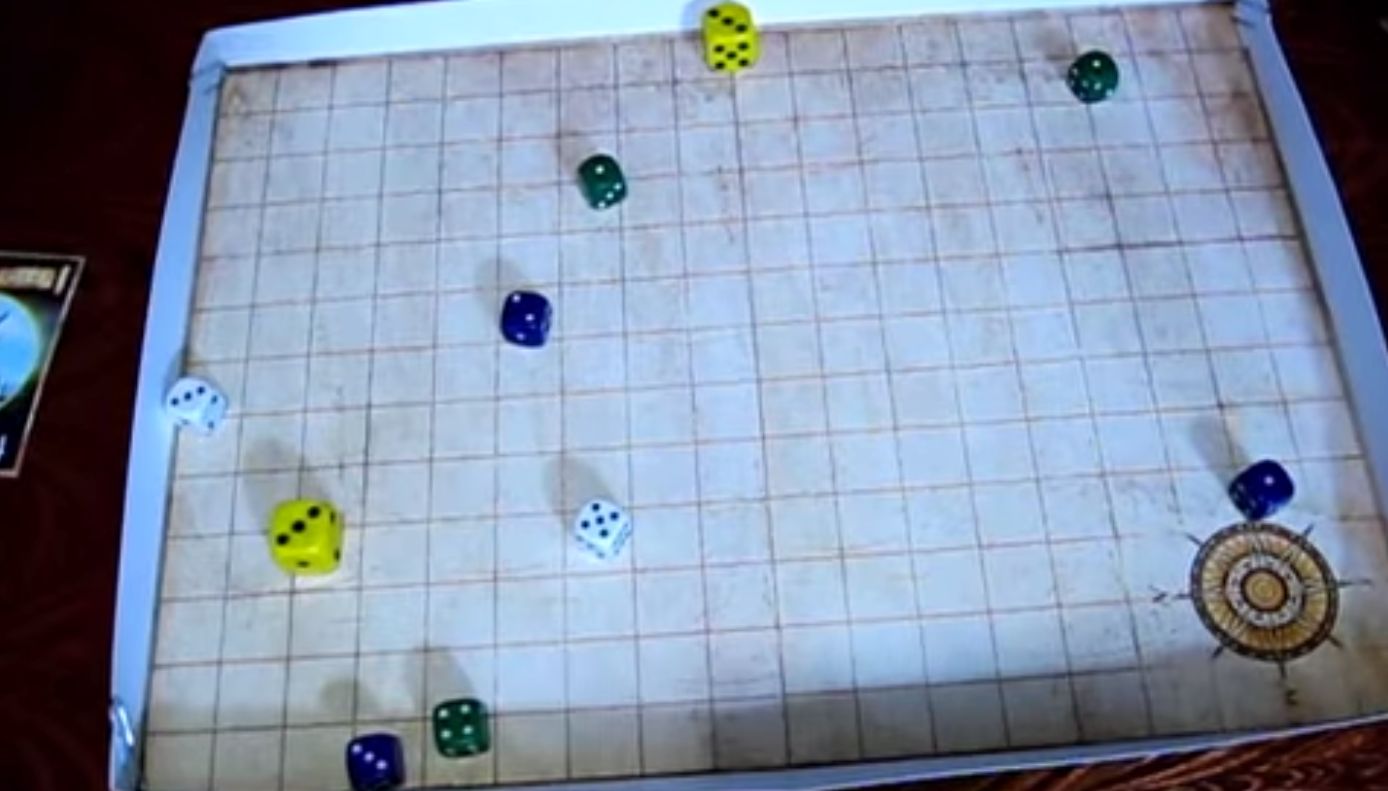 Paul: BROUGHT TO US by me. So let me take you back to 2012, when, er, Britain is so different, er, the Spice Girls are on the scene and, er, a little-known actor called Jack Nicholson is making waves. There’s also a cute dice-rolling game where players roll a load of dice in a box lid and then the closest dice, which are all representing 18th Century ships, then engage one another, with the higher number winning! It’s like some kind of cross between roulette, craps and… uh… Merchants and Marauders-

Quinns: I just don’t understand how one dog could do all that-

Paul: SO FAST FORWARD, er, sixteen years to the present day and Portal Games have bought the rights to use this twee and yet terrific system. This summer, both the original designer and Portal are coming out with pirate games that use it. Two pirate games!

Quinns: So, we’re getting the equivalent of when two similar Hollywood blockbusters come out at once. Except, instead of competing hundred million dollar epics, we’re sat at home rolling some stuff in a lid. Sounds okay to me! At least one of these games will be good, right?

Paul: I’m really interested to see how both these games turn out, how they use that same core idea and where they take it. Plus, I like pirates. Plundering. High seas. Low seas. Treasure. Swords!

Paul: ALMOST OVER. Meanwhile, our studio team NO WAIT our, er.

Quinns: They said it hunts just by sound and vibration. 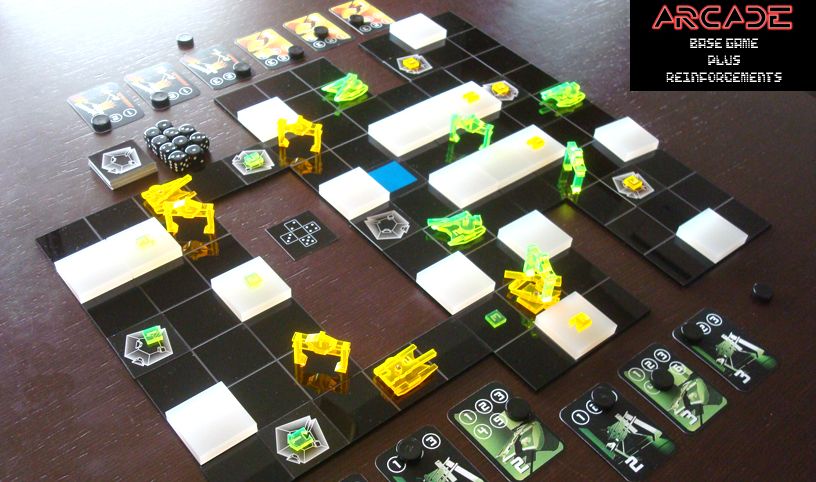 Paul: AND NOW THE WEATHER. We have a warm front coming in, full of positive energy and optimism, led by the announcement of Arcade, a two-player skirmish game that has a very neat Tron-like look. Remember, Quinns, that you said you loved the style?

Quinns: They never stood a chance.

Quinns: Uh, yes! We have a warm energy coming in full of a two-player skirmish Tron, so look at Arcade! Uh. Erm. That’s a board game that looks different. I love the idea of using uncut acrylic to ape a 1980s computer graphics style. What a clever way to make a pretty game with a teeny art budget!

Paul: I can’t go on, Quinns

Quinns: We’re safe in the ancient city of Exeter. There’s ley-lines here. They converge just where the station is.

Paul: And finally… No, you can give up dubbing in the crowd noise. Just give up. Finally, we have The Builders: Antiquity, which puts a new spin on the The Builders series. We had a more detailed report to bring you, but, um. Er. Uh.

Quinns: I know nothing about The Builders: Antiquity, but doesn’t it look lovely? Lovely little builders.

Paul: The station manager wants us to move on.

Quinns: Paul, we can’t leave. Here, at least, we’re safe. Safe within what were the original confines of the wych circle. If we move, it can get us. If we move anywhere. We have to do Games News from this very spot forever. For the rest of our lives. We can never move.

Paul: I’m never rubbing another copy of Senet ever again.

Paul: Are we still rollin-

Quinns: THANKS FOR TUNING. 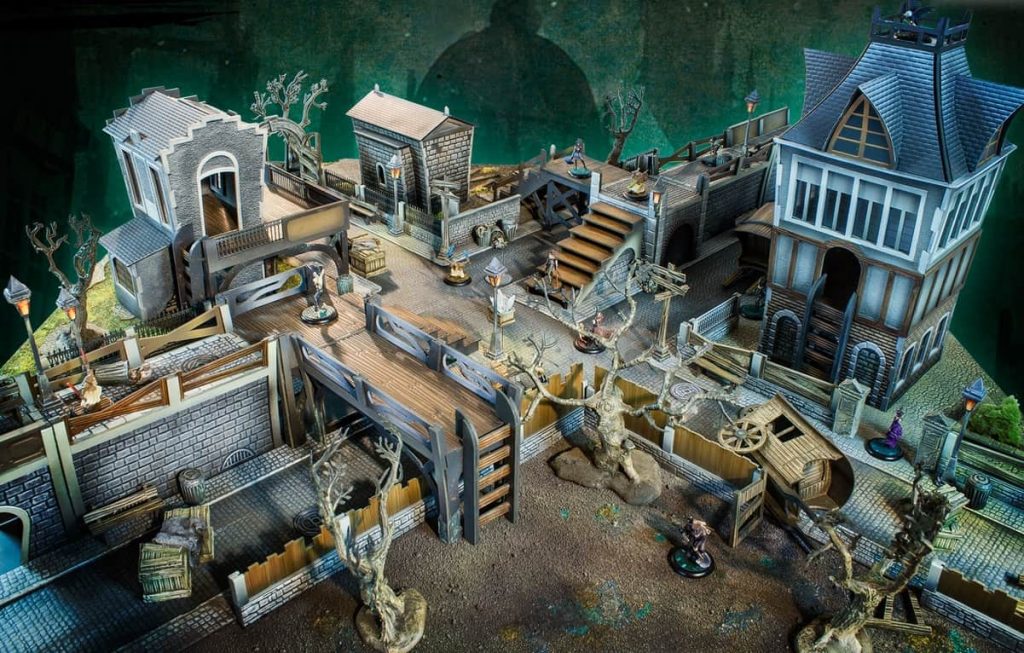 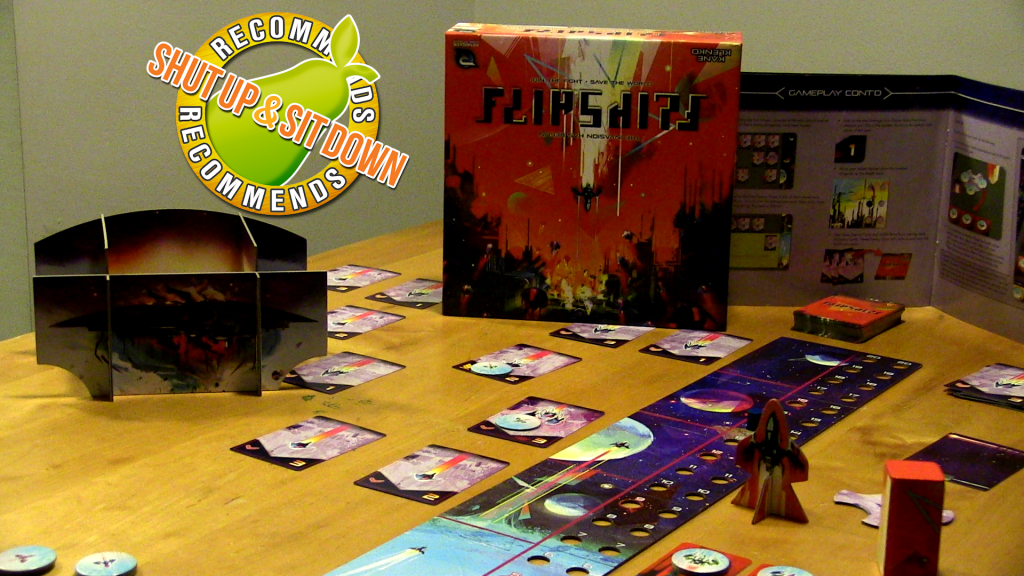