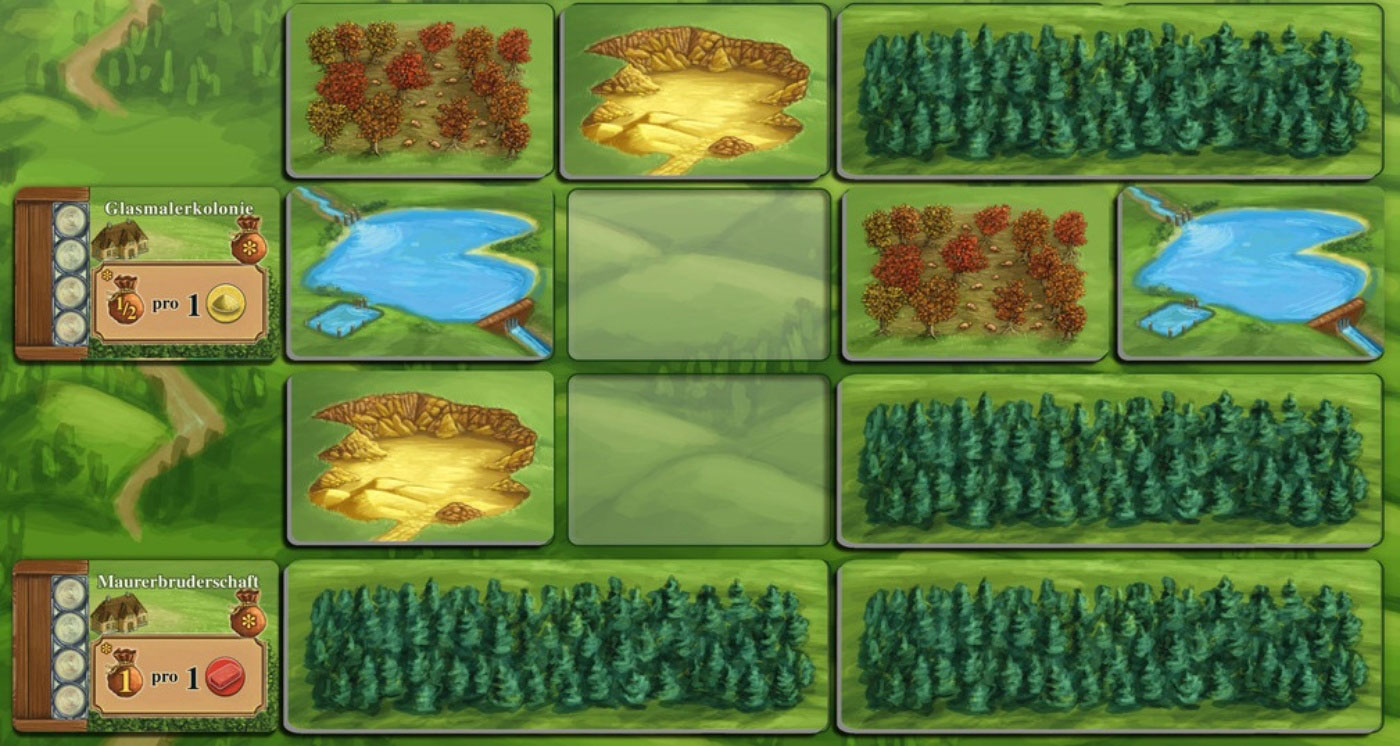 Quinns: Glass making! That’s something we all have a passion for, right? I’m sure there isn’t a child reading this who doesn’t dream of growing up to make glass. Ah, the heat of the furnace! The otherworldy, suggestive nothingness of the… the glass. Where would we be without glass? We’d be sat in the dark counting our armpits, that’s where.

Which is, of course, why the noble Uwe Rosenberg, designer of such crushing hits as Agricola and Le Havre, has announced his next game will be Glass Road: A game of supervising a glass workshop in 14th century Bavaria.

Now, I’ll admit there’s a small chance that you might not be excited by medieval glasswork. If that’s the case, don’t worry! Theme aside, this looks like a lovely game.

That gorgeous board, seen above, is the private, forested player mat that you’ll be attempting to subjugate as you race to develop the best glassworks. Looks lovely, doesn’t it? Like a real forest. Not that we’ve ever been in a forest, unless you count Paul being found in one as a baby.

ANYWAY, players all get a hand of 15 specialist cards, like the builder, the fisherman and so on, all of whom do something. In a round every player picks 5 of these specialists, then plays them one at a time for their power. But! If you play a specialist who nobody else is still holding onto, then you get to use their first power as well as a second power. So, it’s a game of predicting and bluffing, as you landscape your little corner of the world.

What next? Oh yes, disease. How fitting. 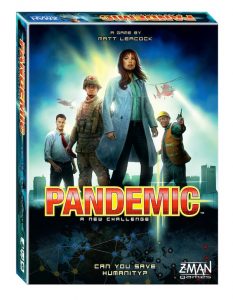 Z-Man’s fancy new edition of plague-battling game Pandemic, as well as the On the Brink expansion is On the Shelves now. That’s pretty exciting! Almost as exciting is this interview on co-op gaming with designer Matt Leacock, published by Mechanics & Meeples. He says all kinds of smart things in it, like this:

“I’ve found that players get the most enjoyment when things are just out of reach — that they can almost, very nearly, taste victory each time. And of course, you’ve got to let them win some from time to time or the game will be declared broken. So that said, I generally hope the players will lose their first round or two of the game but — here’s the important part — they must both blame themselves and have some good ideas for what they’ll try next.

“My general rule of thumb is to target a 30% win ratio that gradually increases until the players feel ready to graduate to the next level of difficulty, at which point I hope they only win 30% of the time, and so on.”

What do we think of Pandemic, here at SU&SD? We all think it’s great. Though every one of us would probably include the caveat that Shadows over Camelot or Battlestar Galactica makes for a more memorable evening, or that Ghost Stories is a more devious challenge, or that Escape: The Curse of the Temple is simply more fun.

Except WHAT’S THIS, emerging like a hot new microbe from Z-Man’s petri dish? 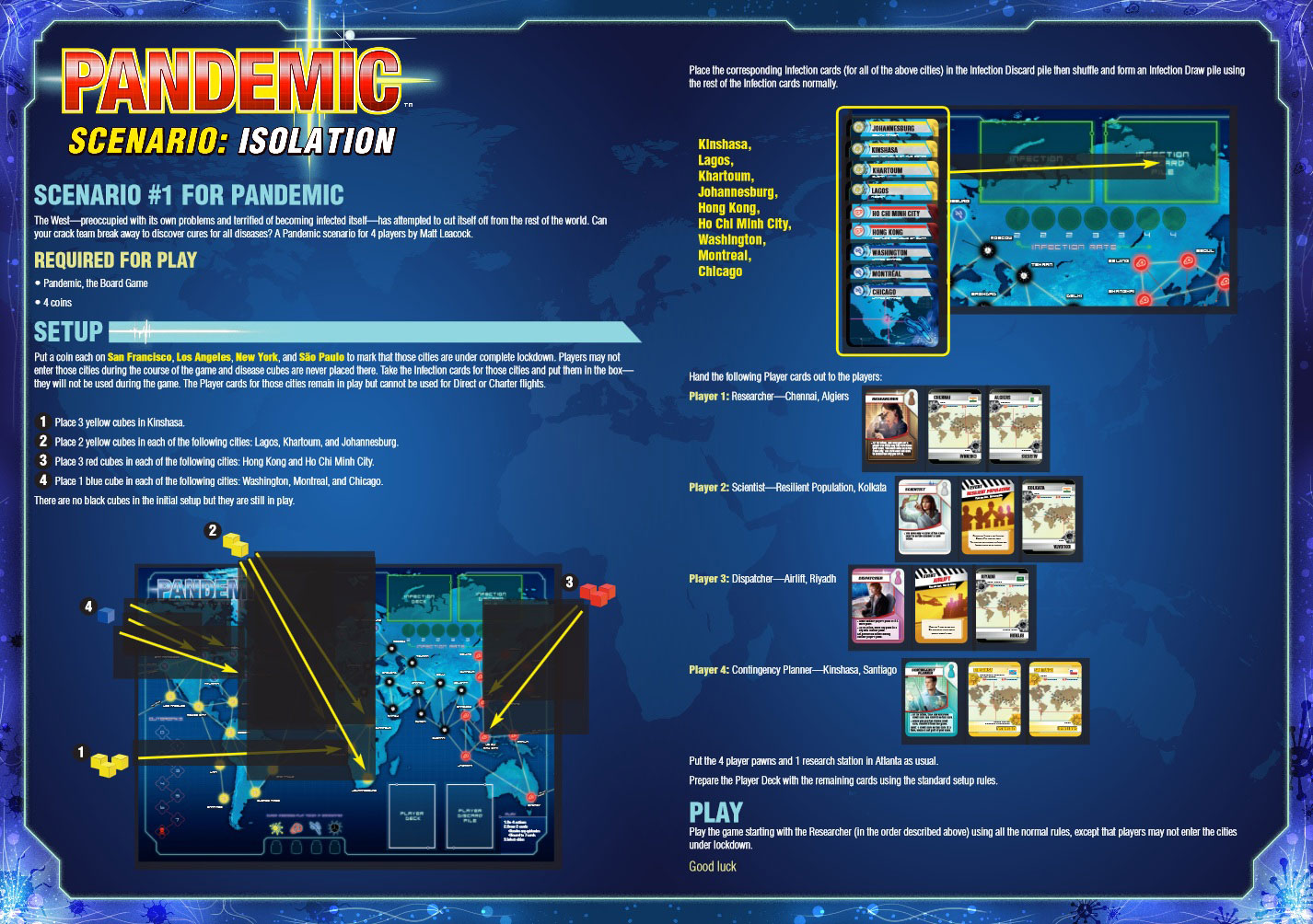 This week Z-Man Games released Isolation, the first of several free scenarios for Pandemic, and you can download it right here.

In addition to a horrrifically specific disease set-up, Isolation sees the cities of San Francisco, New York, Los Angeles and São Paulo in total lockdown, essentially removing them from the board, and making the world that little bit smaller. More claustrophobic. DEADLIER. 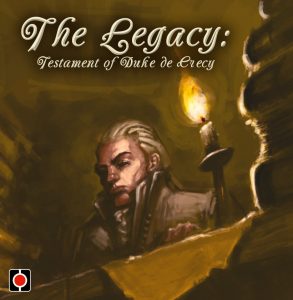 Let me guide you take you back down on this thematic rollercoaster. From tranquil glassmaking, to THE APOCALYPSE, and now to polite French nobility. You’ll find a sickbag taped to the bottom of your chair. If it’s not there, Brendan hasn’t visited your IP address yet.

The Legacy: Testament of Duke de Crecy has been in development since 2009, it’s arriving this year and it sounds like that perfect blend of storytelling, creativity and humour that makes us go weak at the knees.

Players each control a French family across three generations, in the long term trying to found a grand dynasty that’ll be remembered forever. In the short term, marrying off your daughters to the least repugnant men going. Say hello to John. 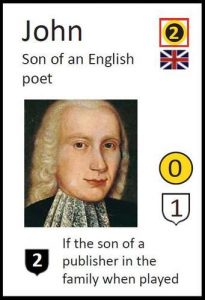 John here is a one of the game’s 75 spouse cards from back when The Legacy was called Nobles of Paris. I can already see how this game is going to pan out. To paraphrase the publisher’s description of The Legacy, “Whether you are looking for the best husband for your only daughter or a suitable wife for one of your two sons, whether you are looking to add new blood to your family by marrying into foreign nobility…”

…All of the other players will make fun of your choices, obviously.

My only concern is that judging from The Legacy’s box art, the period portraits of the first edition of the game will be replaced by cartoonish caricatures. That seems a lot less conducive to players telling jokes themselves, no? 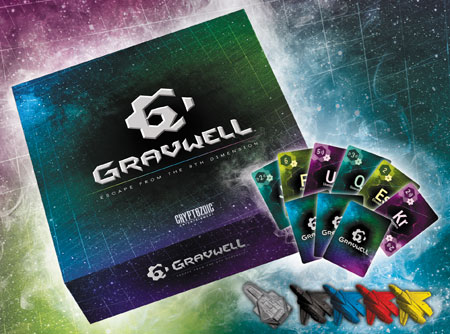 Gravwell: Escape from the 9th Dimension is another upcoming game that looks fascinating. Players each control spaceships that have been sucked into a black hole, and you’re all playing cards printed with different amount of thrust, and that take place at different times.

The twist is that, in this life-sucking antiplace, thrust will only move you towards the nearest object, whether that’s the warp gate, a derelict ship, or another player. Armed with nothing more than these thrust cards, a few, rare thrust cards that move you away from the closest objects, and a single “Emergency stop” card, players must slingshot their way of this place’s unreal gravity in a game where moving forwards might mean moving backwards, and everything will be in the wrong place all the time. 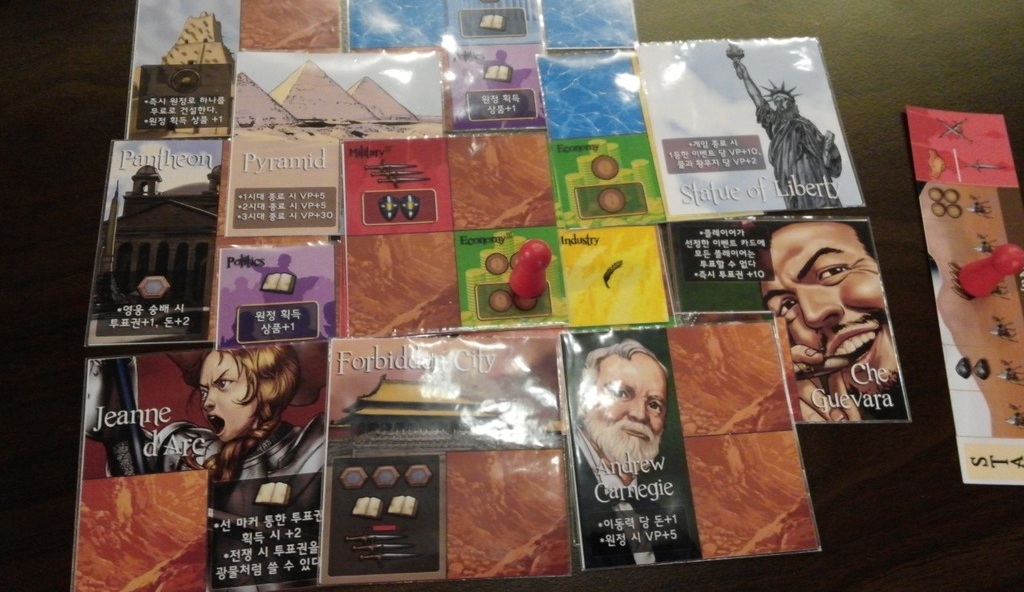 This week we caught word of Patchistory, which will have limited availability at the end of this year. More importantly, with SU&SD fancying itself as a global enterprise, it’s the first Korean game we’ve ever covered.

I honestly thought I’d seen basically everything games could do with grids at this point, but I was, of course, mistaken. Patchistory is a game where you build your civilisation outwards, starting with a 5×5 grid, then playing with a 6×6 in the second round, and finally a 7×7 grid, trying to set up decimating combos. I’d explain more, but it’s one of those wonderfully visual games that you understand as soon as you see, isn’t it?

I’m now wondering about the best example of a game that you just “get” the instant you see it. Ladies & Gentlemen is pretty great, with the screen seperating the players. What do you guys think? 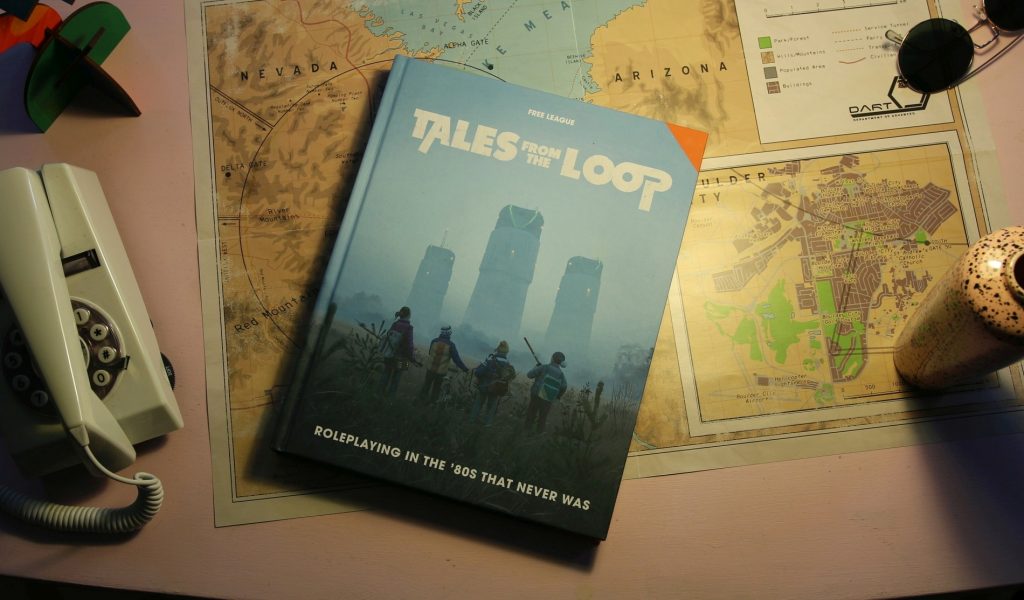 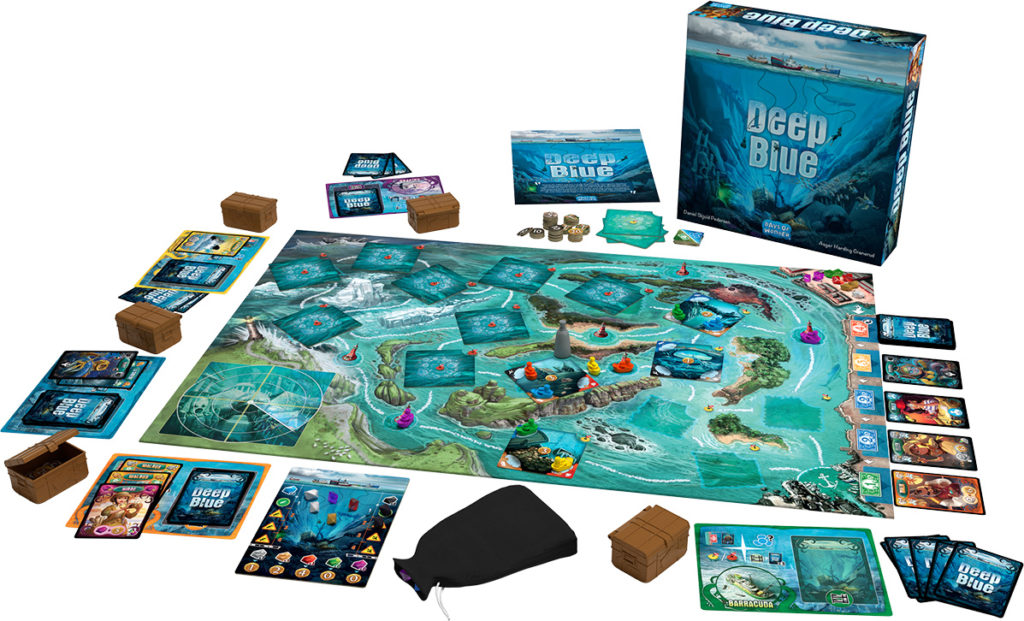