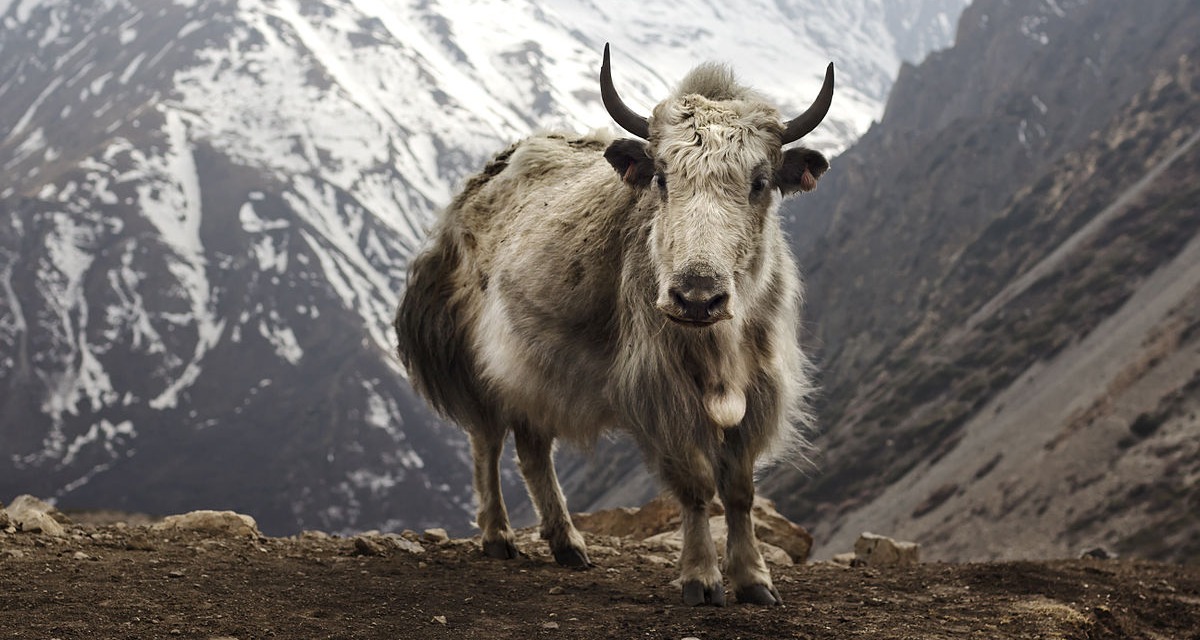 Paul: For the 90% of the Earth’s population that lives in the Northern Hemisphere, we are now well into HOT SUMMER FUN. Maybe. Probably. Unless you’re somewhere that doesn’t tend to have so much HOT SUMMER FUN, like maybe Greenland or a part of Russia where there is just a yak.

Quinns: Yaks can be pretty important, you know. When I was backpacking in Tibet they were a cornerstone of agriculture. Yak dumplings. Yak-stuffed bread. Yak butter tea.

Quinns: No, I think I just slept funny

Paul: Should I get on with the news? 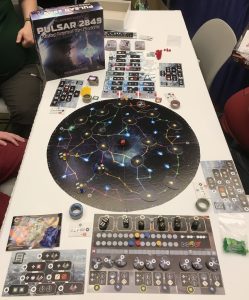 Paul: PULSAR 2849 IS A NOT-VERY-SEXY NEW TITLE FROM CZECH GAMES! It’s from Vladimír Suchý, the designer of Last Will, and it’ll be on sale at Germany’s Spiel convention this October.

Naturally, word of anything new from CGE is going to get us swivelling on our chairs, since they’re one of our favourite publishers, but I’m especially interested because I realise I might also be getting a little soft spot for dice drafting games as I edge into my twilight years. A not-quite finished version of the game was just previewed at Origins and, after riding the well-earned wave of success that the various iterations of Codenames have enjoyed, it looks like CGE are returning to the more complex, more euro-style games they’re known for.

Pulsar 2849 has players climbing into spaceships and exploring the galaxy and claiming systems, with the dice they roll affecting how they travel, how they research their personal tech trees, even the order that they play in. It doesn’t look nearly as funny or as silly as some of CGE’s other titles (from Dungeon Petz to Galaxy Trucker to Last Will), but if it can deliver on its cleverly interlinked systems then I will be more than happy.

Quinns: Speaking of our favourite publishers, Okanagan: Valley of the Lakes is the next game from Matagot, the publishers behind 2016 smash hits Inis and Captain Sonar.

Paul: I laughed a lot when I saw this. It’s a board game romanticising an area not so far from where I live that I mostly associate with… retired people going boating. Okay, okay, that’s not at all fair, since there are vineyards and farms and lumber mills, but there are definitely also a lot of very content Canadians spending their pension money.

NEVERTHELESS, this game of, apparently, shaping the land and storing your wealth looks very pretty indeed, with hints that it might be a Canadian-flavoured lite Archipelago. It’s got tile-laying, natural resources to be grabbed and, it seems, nice lil buildings you can plop down. I am definitely not bored of Canadian things yet and would very much like to get my hands on this.

Quinns: The newest addition to the Dice Tower Essentials line from Arcane Wonders has been announced! These are “games that noted reviewer Tom Vasel believes are essential for any gamer’s collection”, and includes Sheriff of Nottingham and Onitama. The new game’s called Viral and it’s an area control game from Portugese designers Gil d’Orey (Panamax) and Antonio Sousa Lara (who worked with Gil on City of Spies: Estoril 1942). Everyone’s various virii are contesting different territories, except one of those areas is “the bladder”. Lovely stuff.

…Although I’ve just seen that Tom Vasel rates Viral as a 9 out of 10 on Board Game Geek, along with 318 other games that he rated a 9 or higher. Is it really that essential, then? If I have a milkshake that I think it is a 9 out of 10 milkshake, I don’t tell my friends that it’s essential that they go out and have that milkshake. I say “Ooh, that was a lovely milkshake.” Maybe that’s what they should have called this line of games: “The Dice Tower Presents: Ooh, That’s a Lovely Game.”

Ignore me, I’m being glib. Actually, Tom Vasel’s comparatively small list of games that he’s rated 10 out of 10 on Board Game Geek makes for pretty interesting reading. 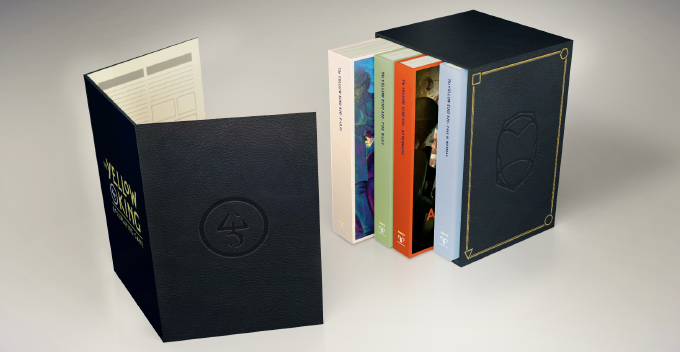 Paul: A peep into the Shut Up & Sit Down Kickstarter Telescope reveals something truly exciting: The Yellow King Roleplaying Game. This is an epic Lovecraft campaign in a beautiful slipcase, using the Gumshoe rules from Cynthia’s recent review of Trail of Cthulu. The story starts with a play that’s rumoured to drive people insane, but from there the game will take players from absinthe-sodden fin de siécle Paris, to an alternate wartorn reality, to a still more bizarre American backdrop.

Speaking of which, maybe don’t read the Kickstarter page if you think you’ll be playing this game, as opposed to running it. I’d imagine that as a player this would be more fun to go into blind.

Quinns: The cycle that my personal RPG hobby has fallen into sees me playing campaigns that last for between 4 and 12 months, at which point my friends and I are usually lured into exploring some other exciting game. That means I’ve come to appreciate RPGs that are designed not as theoretically infinite playgrounds, but seek to make the most of the limited time that you’re going spend with them. That’s what we’ve got with The King In Yellow, and I couldn’t be more excited. I’m backing it right now.

Paul: It looks very plush as well as pleasingly fresh alongside the zillions of Cthulhu-inspired peers. I love cosmic dread as much as the next man, but I don’t want the same flavour of horror served at every sitting. 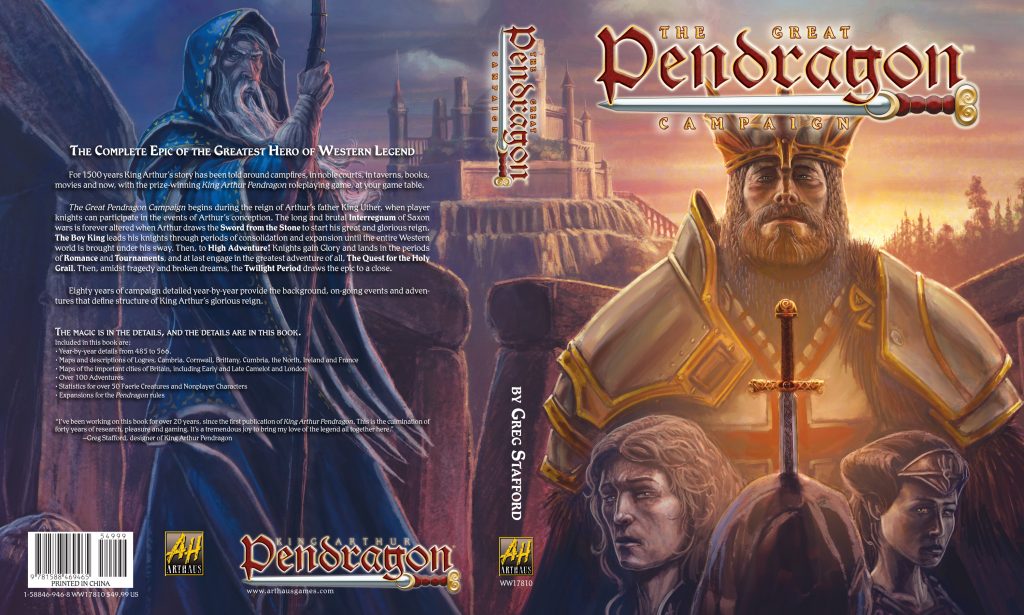 If you’re familiar with the Humble Bundle video game collections, then the idea of a Bundle of Holding that does the same, but for tabletop RPGs, should immediately ignite your passion. Collecting together half a dozen Pendragon books for just thirteen dollars, the latest Bundle of Holding also lets you grab four others for just eleven bucks more. That includes maybe the grandest campaigns in all of roleplaying history. Plus, 10% of what you pay goes to the Roleplaying Game Creators Relief Fund.

A bold and chivalrous alternative to Dungeons & Dragons, Pendragon hurls players into Arthurian legend, concerning them with matters of valour, family, honour and temperance. I played it a very long time ago, when I was about twelve, and was very bad at at, but would like to go back and try to be a knight or a weird wizard or maybe a Pict or something sometime. There isn’t an RPG quite like this out there and it’s an excellent setting for a game.

Quinns: Yeah, the Grand Pendragon Campaign was what made me pop this bundle into the Games News document. It’s one of those incredible follies of table gaming where when I tell people about it, their first response is to laugh: The campaign offers 100 adventures across 85 year-long saga, from before King Arthur was conceived to after his death. In other words, by the end of the campaign you might be playing your first character’s great-grandchild. Never mind your Lovecraft RPGs, that’s some real rapturous insanity.

Finally, we have a lovely mail from readers Tom and Sarah.

Hello, just seen you put a call out for news photos so I thought I’d send you this.

A couple of months ago my dear wife Sarah went into labour. We were in need of a distraction in a crowded and stressful ante-natal ward. Enter the Jack the Ripper expansion for Consulting Detective which I am now almost pathetically grateful towards for taking our minds off a rather nerve-jangling experience. We pretty much ballsed up most of the questions at the end of the case but consoled ourselves with the fact Holmes probably wasn’t going through contractions when he solved it so awarded ourselves bonus points. 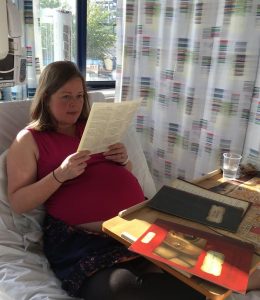 Everything had a happy ending by the way. After much more tribulation Sarah was absolutely fine and we were delighted to welcome Edward Maurice Becky-Quick into the world at 7:19 on 25th April.

Until today, Matt playing Ghost Blitz with a hangover was the most heroic bit of board gaming I’d ever seen. I’m happy to say that he’s been usurped.