Paul: I stumbled into the Games News office this morning (much as I do every morning) to find it abandoned, a thin and smoky haze twisting through sunlight sliced a dozen times by crooked venetians. As I tried to blink away the hatred for this unsociable hour of the day, I spotted a single, cryptic note scrawled on Quinns’ desk:

“PAUL we haven’t covered Bear Park yet. We should definitely cover Bear Park. It’s the perfect lead story for your solo news.”

So, he was gone. And he’d left me with the bears.

It was time for the day’s first drink.

Of course, we’d been receiving tips about Bärenpark for weeks, but they were never more than scraps. “You can build a bear park,” they said. “You can fill it full of bears!” Big deal, I said, every dope and heel-dragger has their tile-laying, animal-themed game to shill these days. Is it gonna beat Zooloretto? Why you gotta waste my time? 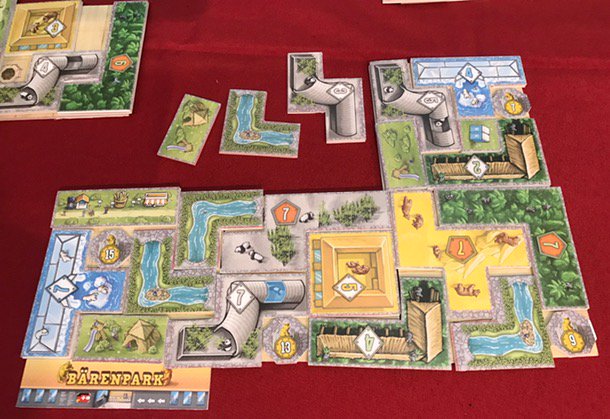 But the word was on the street and no amount of rain would wash it off. The toughs at BoardGameGeek brought it in to give it the once over (credit to them for the photo above) and, not long after, my heavy head rattled in time with the telephone. “You build ya bear park out of four by four tiles, tryin’ ta be the first goon to have a new kinda habitat, or tryin’ ta group them together to score more points,” said the voice, in an accent you know belongs to a handkerchief over a handset.

“Look, you didn’t hear nuttin from me, but ya also take tiles based on the areas of your boards that ya cover up. You gotta place thinkin’ ‘bout the bonuses, but also what ya wanna to grab for the next round.” Following the trail of dropped consonants, I discovered a comparison to Isle of Skye’s variable scoring criteria and my ears perked up even further. Sure, I guess I like tile-laying games and maybe I even think bears are okay. Rest assured, this is one case I’ll be handling personally.

It was time to lubricate my life with coffee and open up for the clients. If one thing’s certain in this job, it’s that two-legged trouble will stride in before noon and, just like clockwork, Paperback came bawling into the office. 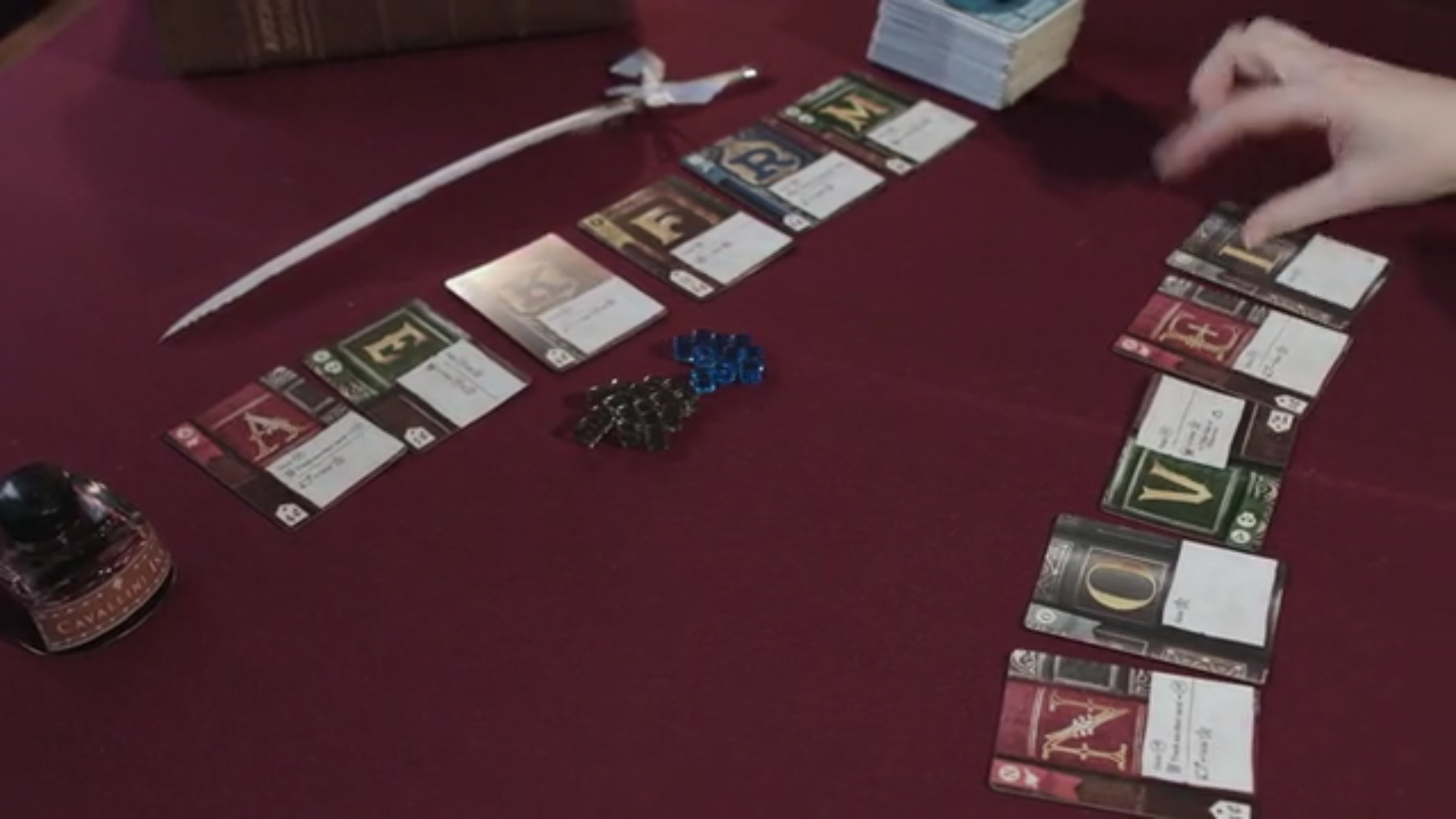 “Tim Fowers has left me!” they sobbed. “Left me for Hardback, which is newer and younger and richer than I ever was!” And while I tried to argue that I wasn’t so sure anyone could be younger than anyone else “ever was,” the facts hit home like knuckles in a cheap nightclub. Sure, we liked the lexically limber Paperback last year and it raised a respectable sum on Kickstarter, but Hardback was on the way to a cool quarter-mil and after trying it at GDC this March, I was convinced it was a tighter, cannier sequel with more room for smart card combos.

At the same time, it wasn’t quite different enough that I’d want to buy both, but I guess that’s the rub. Sorry, Paperback, sometimes you just get dumped, ending up dog-eared and secondhand, and those cases are as open and shut as any of your cheap crime novels. 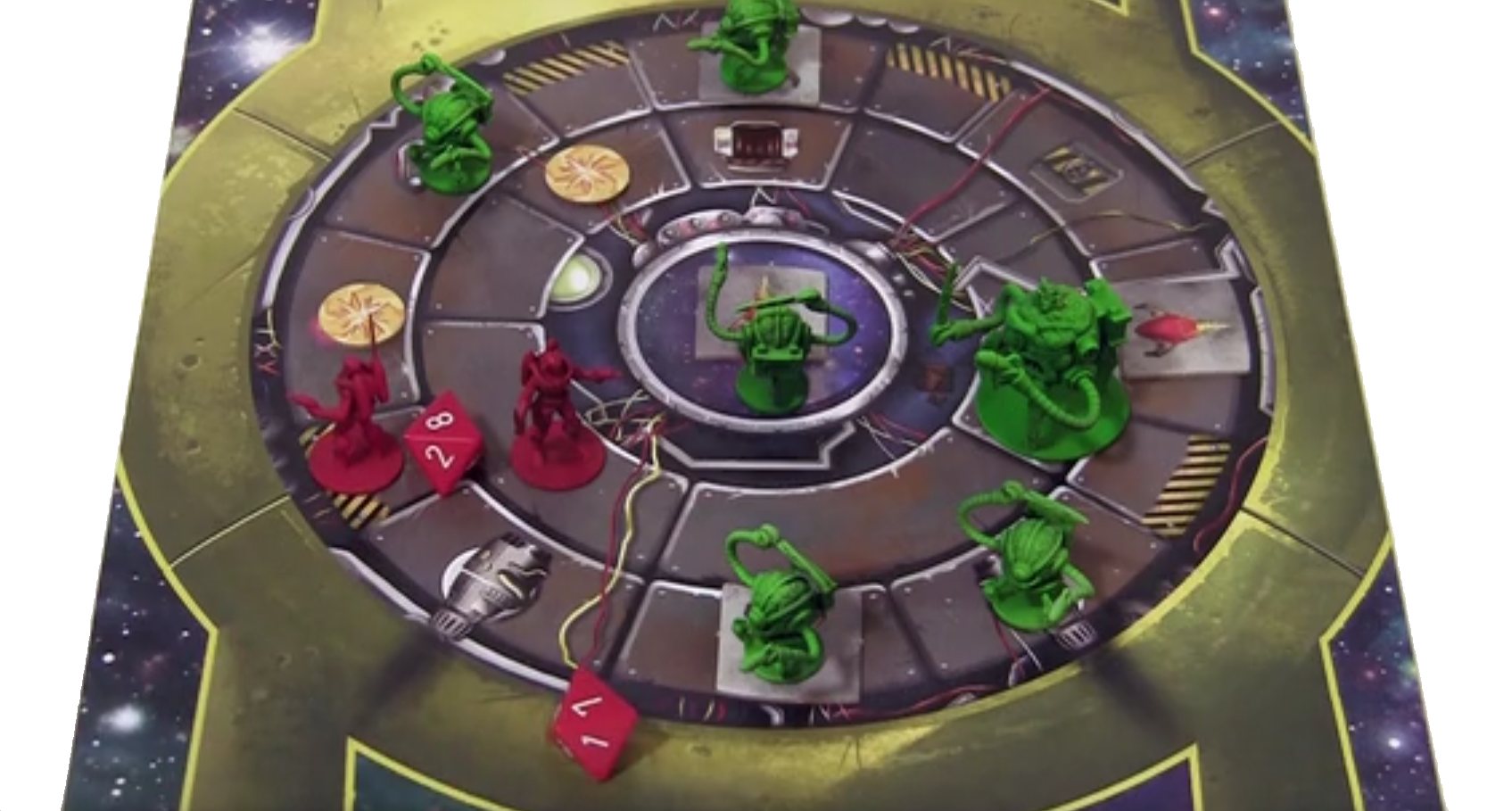 Next through the door was Rayguns and Rocketships, hot and handsome and hoping for help. I had to admit, I liked his pitch and I liked his panache, riffing on cute, 50s-style sci-fi with a game that made me think of multiplayer Space Alert. Each player bags a unique ship of unique scoundrels, crews their guns, programs their movement orders and tries to blast their rivals off the table. There’s boarding actions, special powers and even some sort of space wolf. All right, I said, I’m keen. This is a file I’m keeping open.

Lunchtime struck like a two-by-four and it was time to call in a few favours at Fantasy Flight to shake out everything I could about The Path to Carcosa, the second expansion for the Arkham Horror card game. After twisting some arms, they told me it adds six more investigators (amateurs, I bet) and two cases themed around a strange play called The King in Yellow. 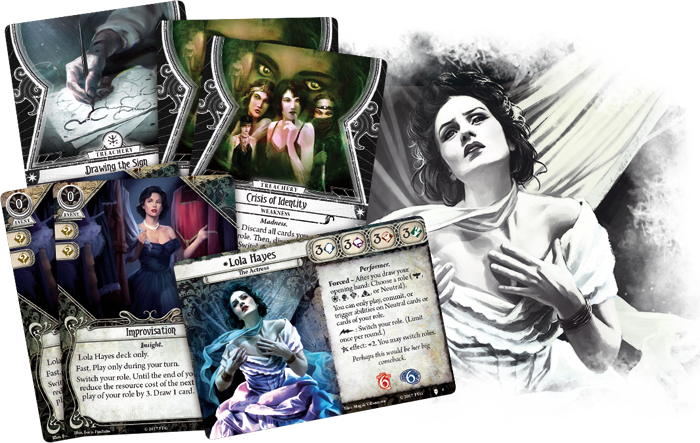 A little digging in the files revealed, first, that this wasn’t actually Lovecraftian but traced further back to a story by 19th century author Robert W. Chambers and, second, that the play had a habit of driving people mad. I guess it figures that this expansion adds new mechanics based around cards that the supposedly co-operative players have to keep secret from each other, as well creeping Doubt and Conviction mechanics that have campaign-wide effects. It all sounds like a recipe for a double-cross, something this chump has seen far too often. 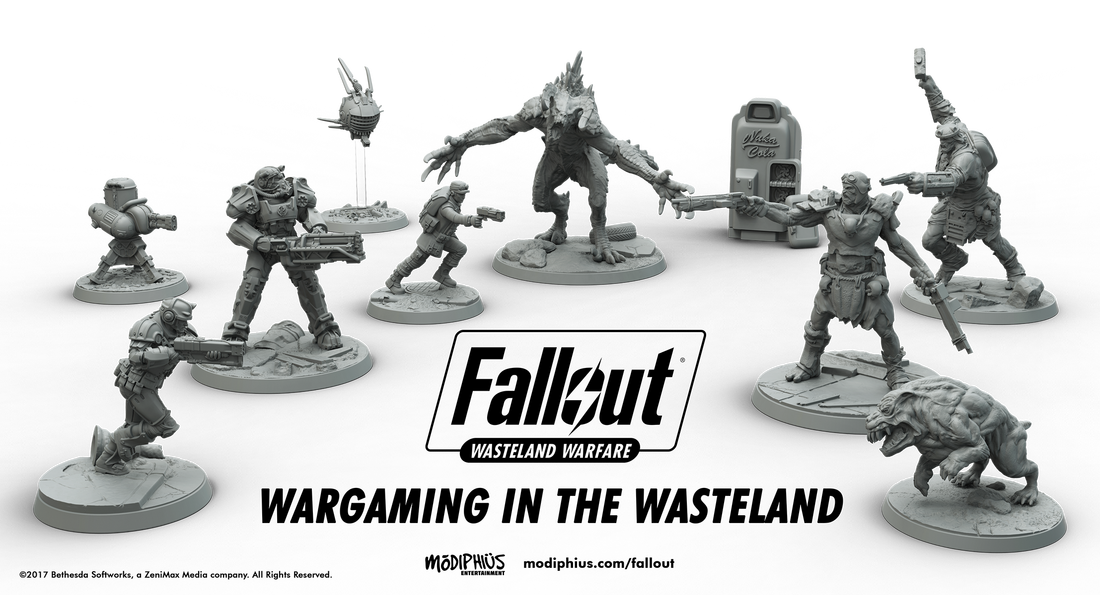 Both the light and the news were growing thin as I tried to chase the lowdown on the Fallout miniatures game, but everybody was shtum and even Grant wouldn’t grease their gossip-holes. For sure, there was something on the way from Modiphius based on the post-apocalyptic RPG series, but the only song they sing right now is of “32mm scale minis [in] PvP, co-op & solo tabletop missions” and that tune is shorter than any PI’s patience. Speaking of patience, I’d about run out when some joker dropped by to insist a comic was being made about Dead of Winter’s stunt dog. 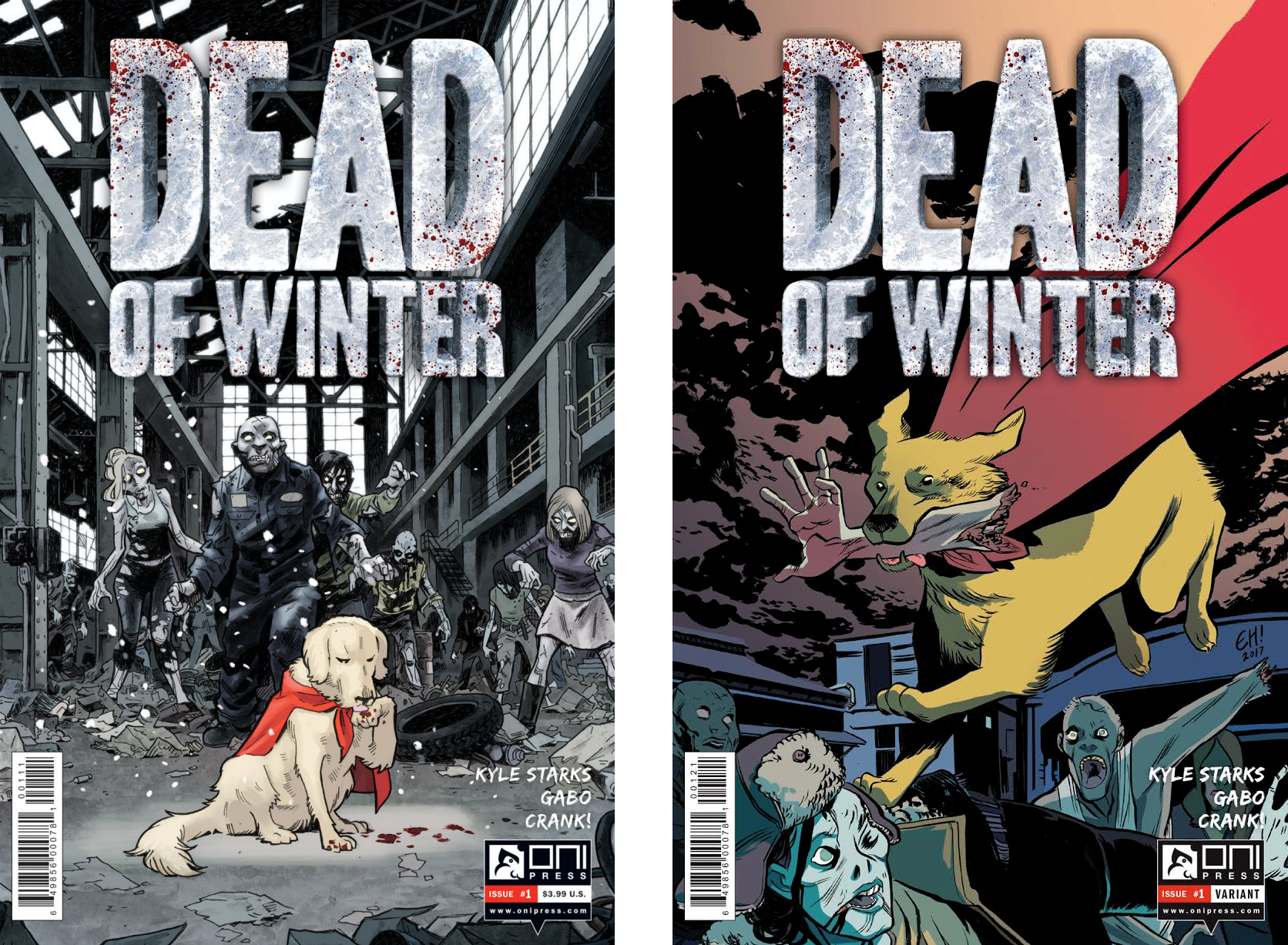 I was ready to run the usual lines (“If you don’t have an appointment with my secretary, you’re gonna get one with my temper”), but this wiseguy’s story checked out. “In the pantheon of heroes, none are more lovable and loyal than everyone’s beloved good ol’ dog, Sparky,” read the blurb, and I decided we both needed a large one, straight up with a twist. The names on the project read like a who’s who of capable comic cats, mind, so I figured everyone was in safe hands.

The night fell hard, like a blackjack from a backstreet bouncer, and I found myself alone with Shut Up & Sit Down’s International Files in one hand and a cocktail as cloudy as a cop’s conscience in the other. Once again, I wondered if we should all run away to South America, as my eyes ran over another fine BoardGameGeek roundup of Latin American games. 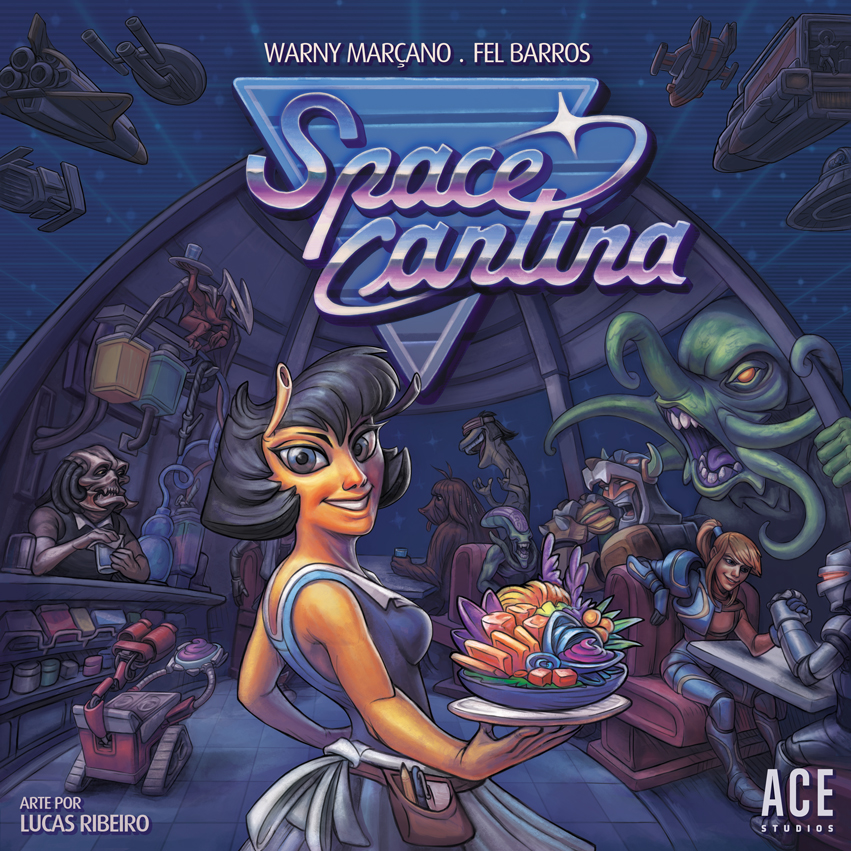 It’s a part of the world we’d love to hear more from and this time I was looking at games about running restaurants in space, hunting hidden pirate treasure or chasing nazi spies across Chile. If you have any Latin American leads you want to pass on, do get in touch with us at [email protected] Just don’t lurk outside the office. I tend to shoot first and ask questions never.

Before I hit the lights and hit the hay, there was one more story that caught my eye, perhaps the best of the day. A small crowdfunding project had been put together to launch a board games convention in Northern Uganda, primarily to help young people there play more games because they help children with “a whole range of skills, from social to persuasion, planning to resource management, adaptability to tactics and much more.” 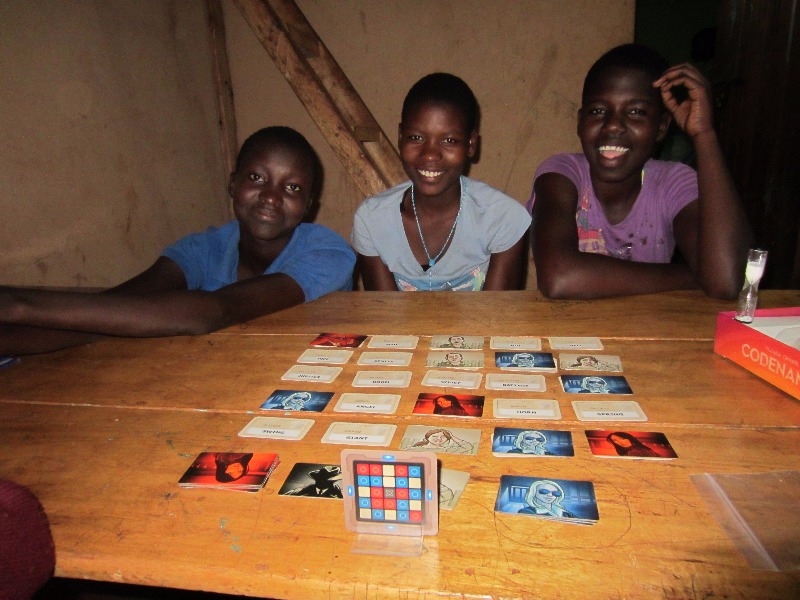 I was an old man late to the party, as the project had already reached its target and was now chasing its stretch goal, but it warmed my aging heart to see people helping to give the gift of games. They really can be a terrific educational tool and I think they can inspire as much as they entertain. Do you have any favourite stories of how a particular game (or games) educated or inspired you? We’d love to hear them. 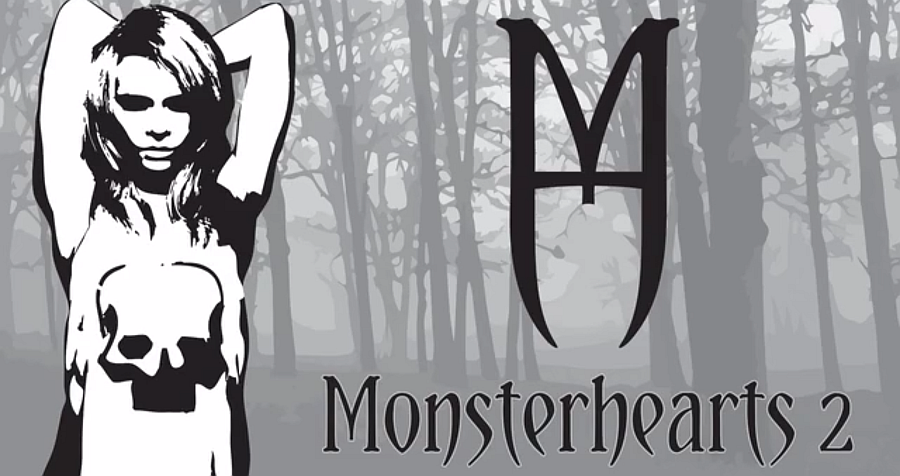 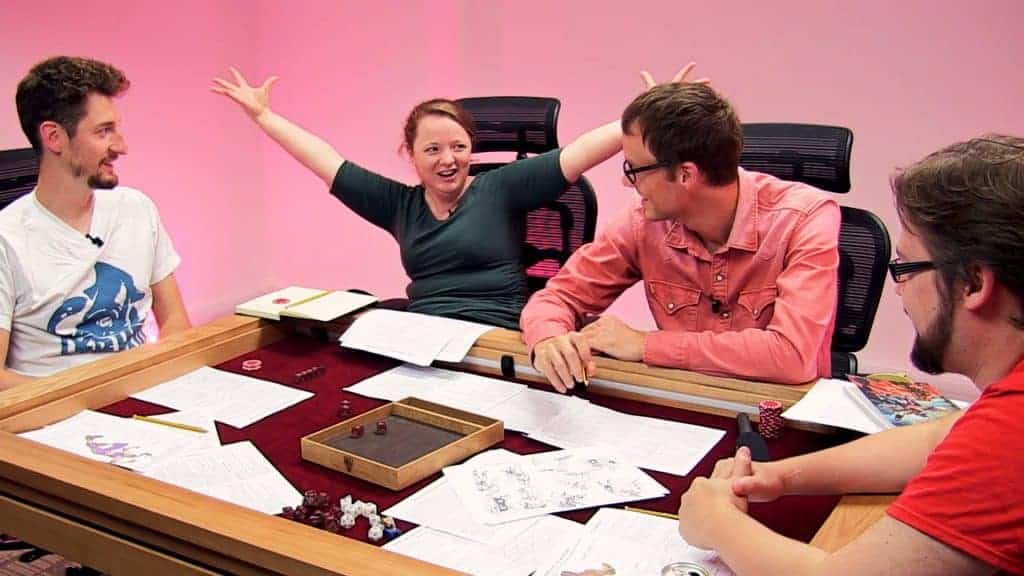