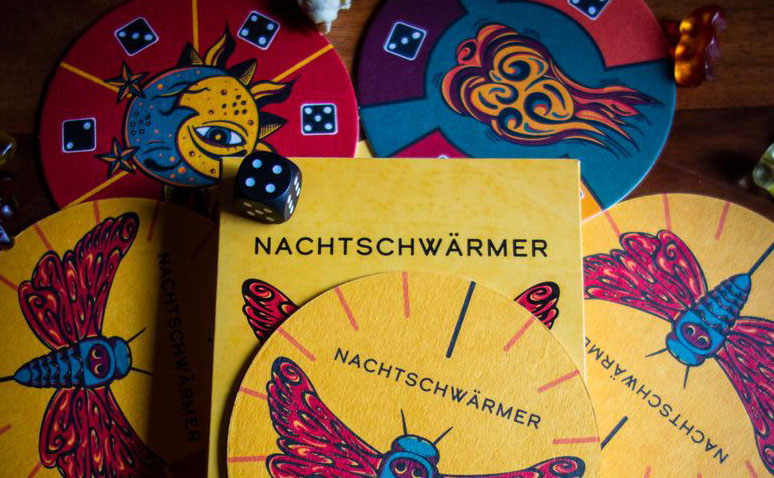 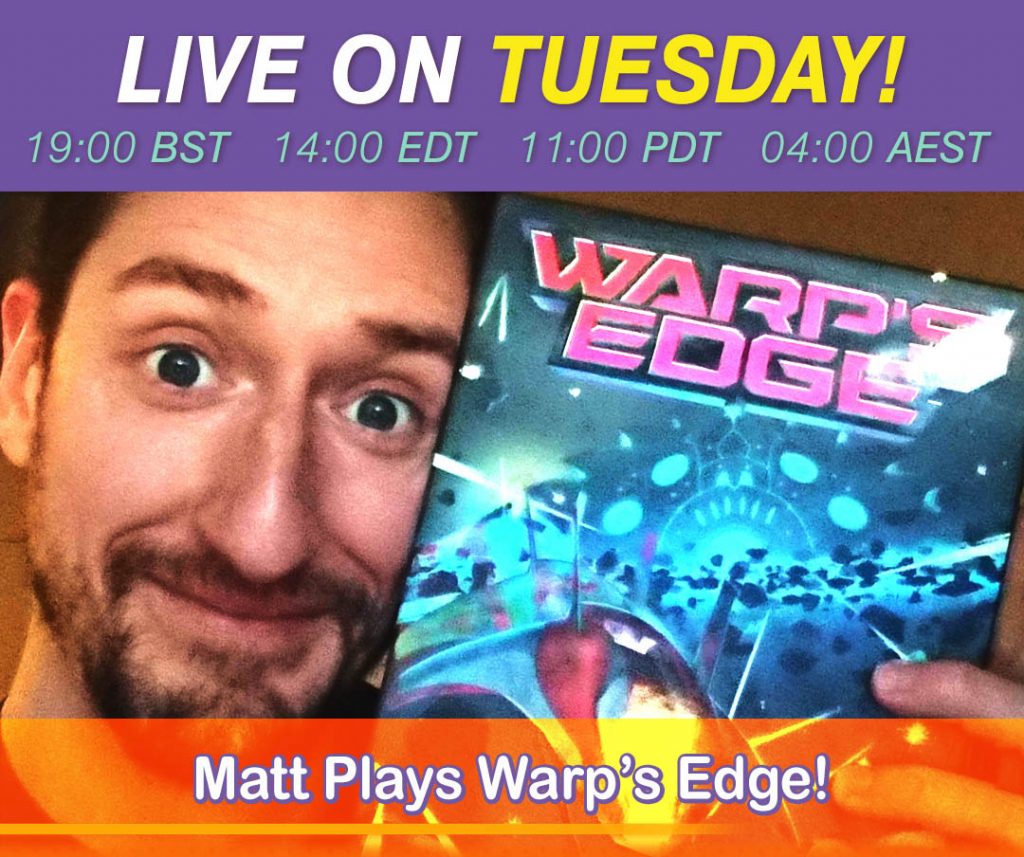 Matt: That’s sadly not at all how it works. Fortunately, most references you make to music in these posts are so alien to me that I’ll likely just not notice them.

Ava:Welcome to the games news, we’ve got news and games.

Matt: Thank you for properly welcoming the readers, Ava. And thank you for doing so with a statement wholly unrelated to music. 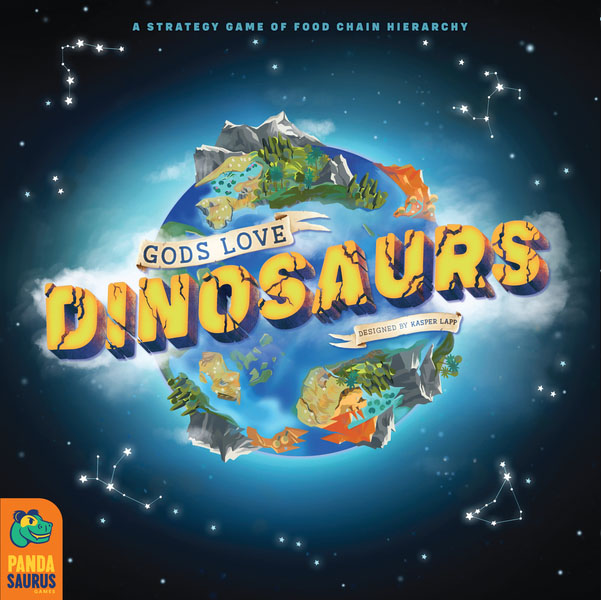 Ava:Gods Love Dinosaurs, so put another dime in the jukebox baby.

In Gods Love Dinosaurs, players will be the aforementioned dinosaur-loving gods, adding tiles to an ecosystem entirely for the purpose of making food that dinosaurs will then come along and eat. Tiles will let you add predator or prey animals to your board, which will occasionally be activated: Prey will expand into new territory, while predators will need to find prey to eat. 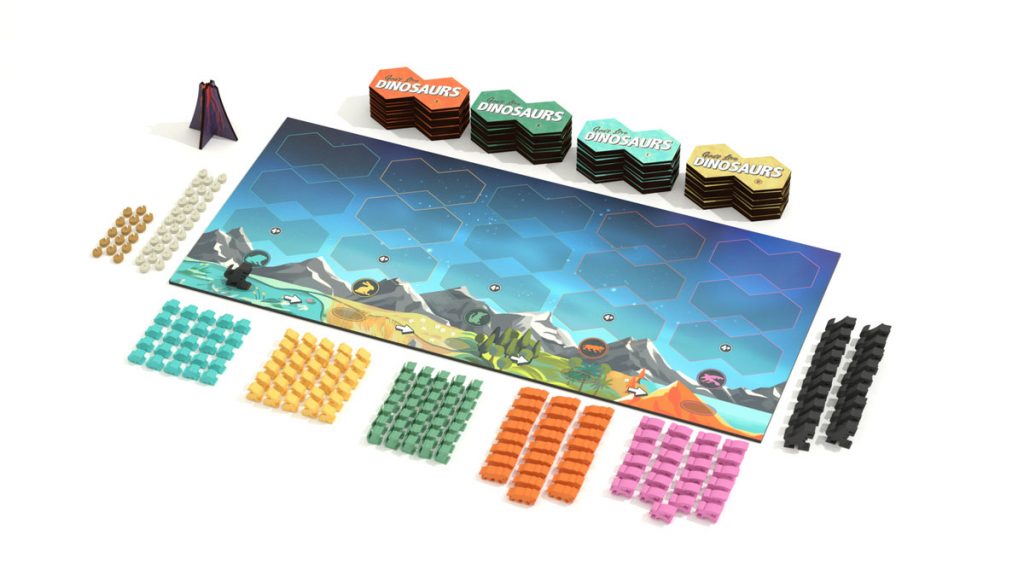 Occasionally, you activate dinosaurs, who come roaming down from the mountains, eating any other animals they come across and turning them into eggs that can either become new dinosaurs later, or obviously – because board games – will count for points at the end of the game.

Honestly, I’m mostly here for the name, but this is also from Magic Maze designer Kasper Lapp, and so could be curious. My main question here though, is did God really love the dinosaurs? I feel like you don’t normally asteroid the ones you love.

Matt: He also let us make the movie “Armageddon”, Ava. I’m not entirely sure mysterious covers it, at this point.

Ava:My love is like a storybook story. But I don’t want to let Mark Knopfler anywhere near it.

Matt: I can only presume Mark is a famous board game designer, but can I just say how thrilled I am that you’ve avoided musical references this week? Thank you, Ava. I don’t even want to think of how dire things might have been. 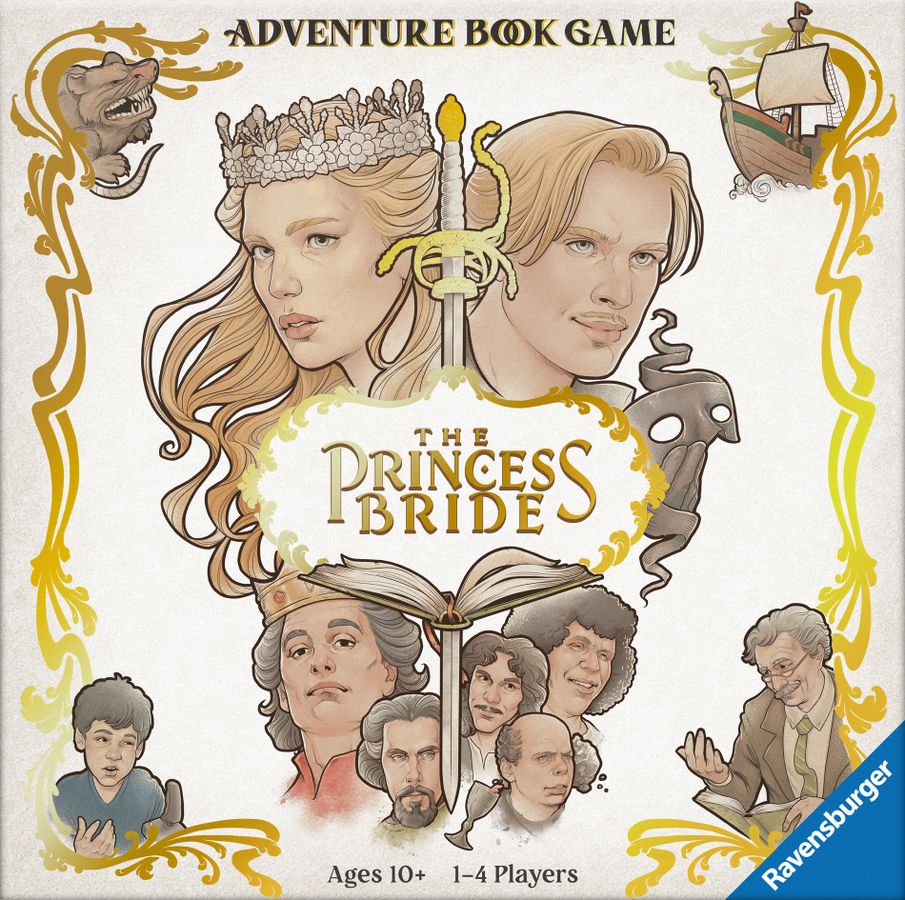 Ava: The Princess Bride Adventure Book game is Ravensberger’s latest licensed collaboration, and promises a book full of scenarios and situations for a co-operating team of players to find their ways through. There’s something quite sweet here. While you’re trying to wrestle the characters into position for their most important scenes, there’s a constant risk of the interrupting Grandson. Pretty sure this is the first time a game has featured a bored Kevin from the Wonder Years who can’t be arsed to listen to Columbo any more.

I actually have a soft spot for the weird metanarrative nature of the novel, so it’s nice to see that coming into play (although I was saddened on a recent re-read to find some fat-shaming and homophobic slurs in William Goldman’s increasingly elaborate quasi-fictional prefaces.) 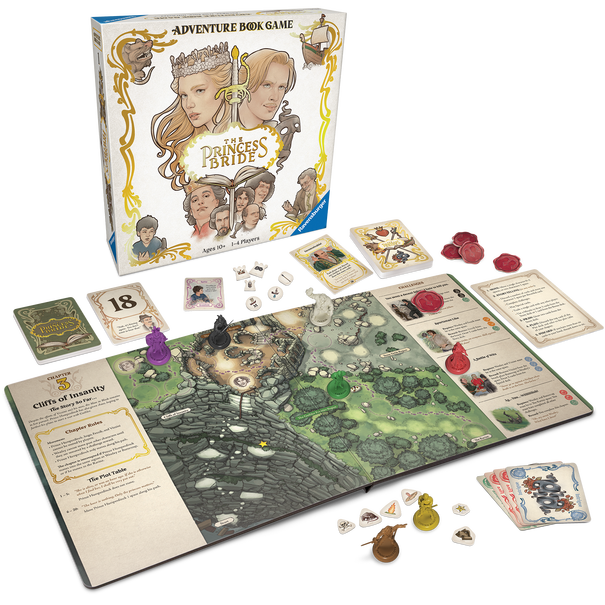 Matt: Wait, it’s a NOVEL? I thought it was just a film! Not gonna lie, The Princess Bride was a huge favourite of mine as a child, so I’ve automatically got a soft spot for this game. This is literally how these products work, isn’t it?

Ava: Nachtswärmer, deserves a quiet nacht. When I woke up this morning I did not expect the hot new board game mechanic to be moth rotation, but here we are.

Welcome to Nachtswärmer, by Sabrina Von Contzen. The title is German for Night Owls (not nacks warmer, as I expected, apparently the umlaut is very important). Obviously though you aren’t actual owls – that would be ridiculous. You’re moths. 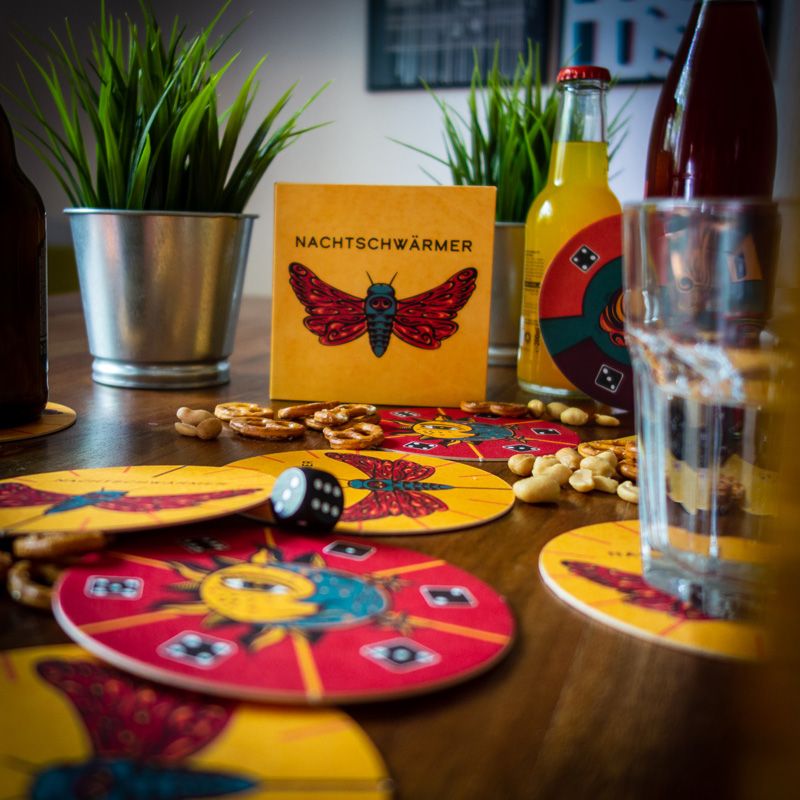 Like all good moths, you’re heading towards the light, but incapable of moving in a straight line. Players will be rolling dice to get permission to push little beermat-moths around a round measuring mat to either try and get your moth to the central light, or push other people’s moths away from it. This is officially adorable. Hopefully it won’t be pants.

Matt: Oh gosh, I want that. It’s such a gorgeous little thing – perhaps I’ll grab it as a totem of sorts, to remind me that at some point again I’ll be cosy in a pub, huddled around a small table. I think it’s a nice enough combination of objects that I could still be happy with it even if it is pants. Mostly though I’m glad we’re calling things PANTS, I feel like I’m 12 again. 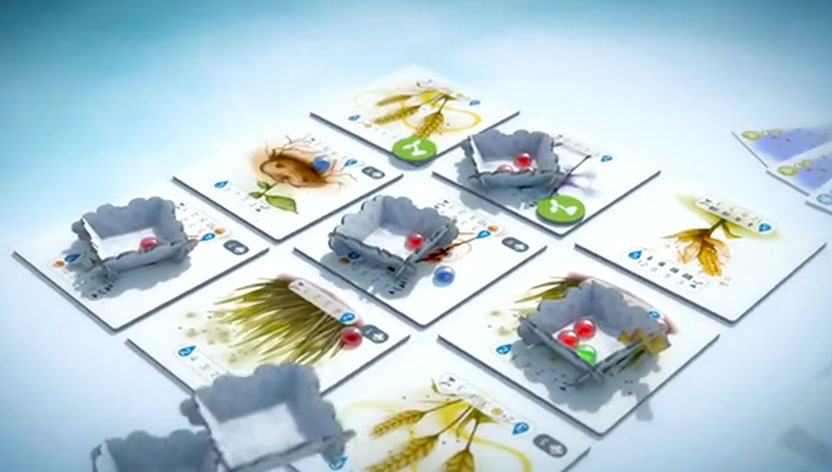 Petrichor is a cloud-stuffing rain-sniffer kickstarting a deluxe edition – including fancier clouds and a new expansion that adds cows and climate change. Players take turns adding cubes to clouds, moving the clouds around, or pouring the rain out of the clouds onto the fields where they’ll score or lose points, depending on how much the crop in question needed that rain. This allows for delayed action area control, and no small amount of climactic mischief.

Matt: Science Fact: There’s nothing that makes clouds sadder than dropping their best rain on the crops that don’t deserve it. 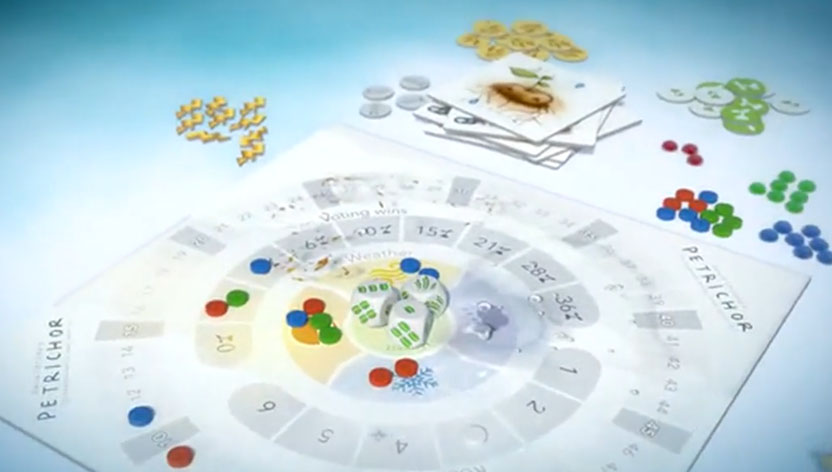 Ava: It’s named after the smell of rain falling on soil after a dry period, too – which is lovely. I heard about this one from Matt Thrower’s review on There Will Be Games (formerly Fortress Ameritrash) and it’s got some wonderfully tickly ideas in it. I’m glad to see it getting a new edition, and I’m a little tempted to dip my toe in its waters.

Ava: Morning soup can be avoided if you take a route straight through what is known as: Arkwright the card game. 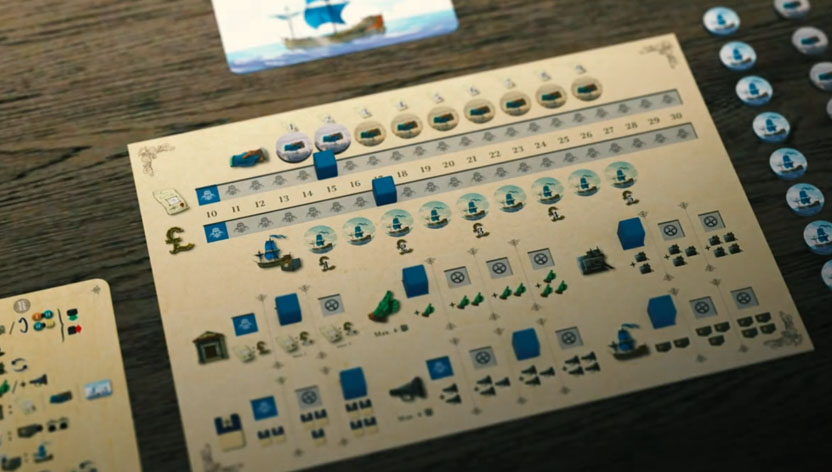 Ava: New on kickstarter, this is an attempt to abbreviate the enormous economics of Arkwright into something shorter and easier to learn. It still looks enormously convoluted, though, including an entire stock market alongside a cribbage board of product appeal and demand.

Overall this looks like quite a lot of industrial maneuvering for your money, and it’s more colourful than the big box original’s brownathon. If you’ve dabbled in vanilla Arkwright, designer Stefan Risthaus’s diary on boardgamegeek might be a useful tour through how the game has been compressed, though I found myself a bit lost in the weeds while reading.

Ava:Look. Seriously. There’s literally no song you can sing ‘Sniper Elite the Board Game’ to, so I’m just going to abandon the bit. It’s that or I try to howl ‘sniper elite’ to the tune of Grandaddy’s Summer Here Kids, and I think that’s a step too far, even for me. 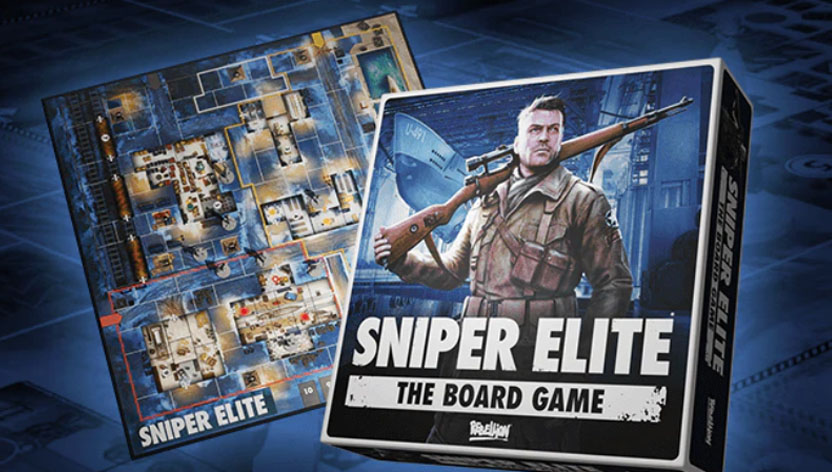 Matt:WHOA NOW, AVA – I told you, no song references! And you’d been doing so well. I’m furious, frankly – if you need me I’ll be under the western freeway.

Ava: Sniper Elite could be an intriguing set up for a hidden movement game with the titular gunman sneaking around on their own dry-erase version of the main board. They’ll be pulling tokens from a bag to see if they hit things and how noisy they are while doing it. They then inform the defending player where they can hear shots, what’s been shot, and if they’ve moved near any guards. The defender is trying to track down the invisible troublemaker and make some trouble of their own.

Quinns dropped this in the company slack with a note that he was optimistic about it, purely on account of it having less components than your average video game tie in kickstarter. That hopefully shows some confidence there in a solid core game. I can only really add that seeing David Thompson, co-designer of Undaunted, among the designers for this feels like a safe pair of hands for an unusual take on World War 2. Hidden movement is all about tone, and that’s something that’s very hard to read at a distance, but I’m definitely intrigued.

Let’s wrap up with something a bit silly. The folks over at Board Game Atlas have been spending their lockdown perfecting some immensely satisfying ‘board game trick shots’, which is mostly made up of putting components back into their boxes at high ranges. It’s sweet, pleasing and very, very lockdown. 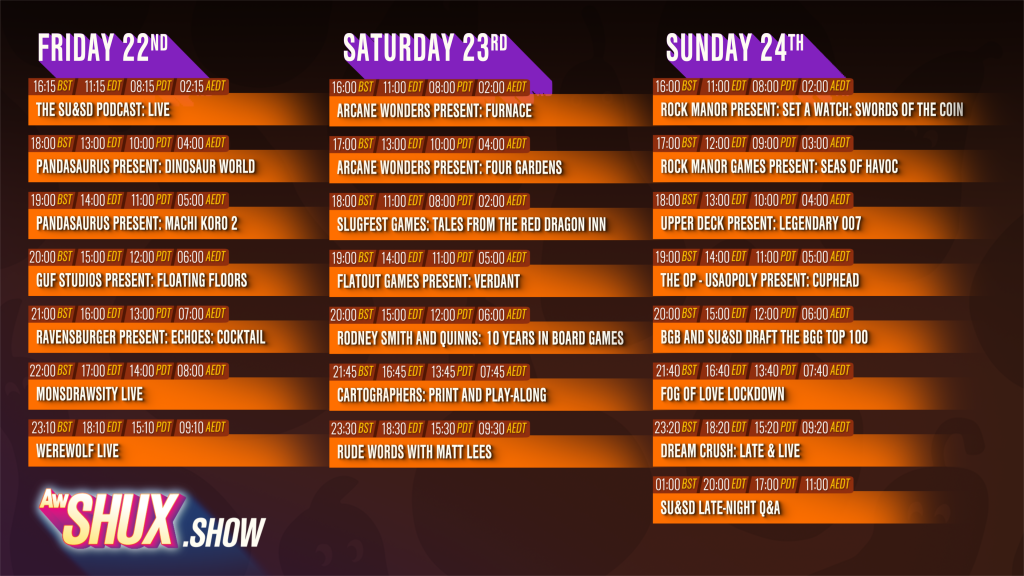