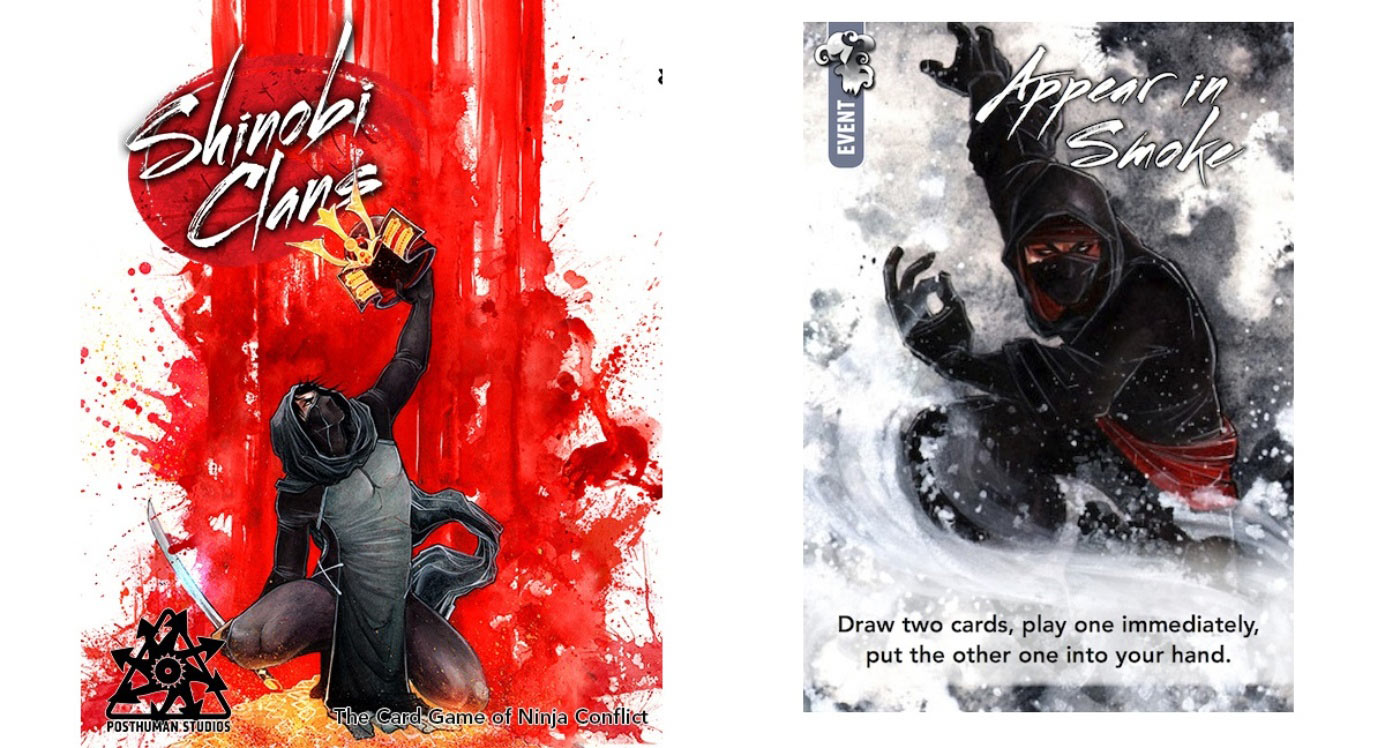 Quinns: Good evening board-babies! Welcome to a sexy, late-nite edition of the news, posted two whole hours later than usual because I was doing my laundry. Oh, yeah. Mmm. Give it to me! This one goes out to that very special lady at the laundry place. The one with the knees that go all the way round.

We begin with a double-bill of new card games with “Shinobi” in the title. I’ve got a lot of time for shinobis because, like me, they’re smooth operators who move with skill and grace in the dead of night*. First off is Shinobi Clans (box art above left, same card above right), a game of dispatching ninjas to protect, assassinate or even equip vulnerable dignitaries. But before we get to that, can I just comment on how much blood is on the cover?! It’s like a pipe burst. I can only conclude that the accompanying shinobi is hoisting that helmet out of harm’s way.

What a sensible shinobi. I’d want him in my clan.

Oh god. You know what? This is one of those magic eye-like pieces of art that gets weirder the longer you look at it. I’ve just noticed his shirt is trapped between his pectoral muscles. Abort. Abort. He’s not invited to my clan.

Shinobi Clans got a mini-release at Gen Con last year, and a proper print run will be arriving soon. No idea if it’s any good, but the concept is lovely. Each turn a number of noble cards are flipped over, each with different point values for being protected or assassinated. In secret, players will then stack up cards that either send ninjas to help or murder these hapless point-sponges.

Once everyone’s finished, the murder stack is then resolved one after another. Or something. It sounds a bit like a hyperviolent version of Vlaada Chvátil’s Sneaks and Snitches, a game we thought was predominantly ok! 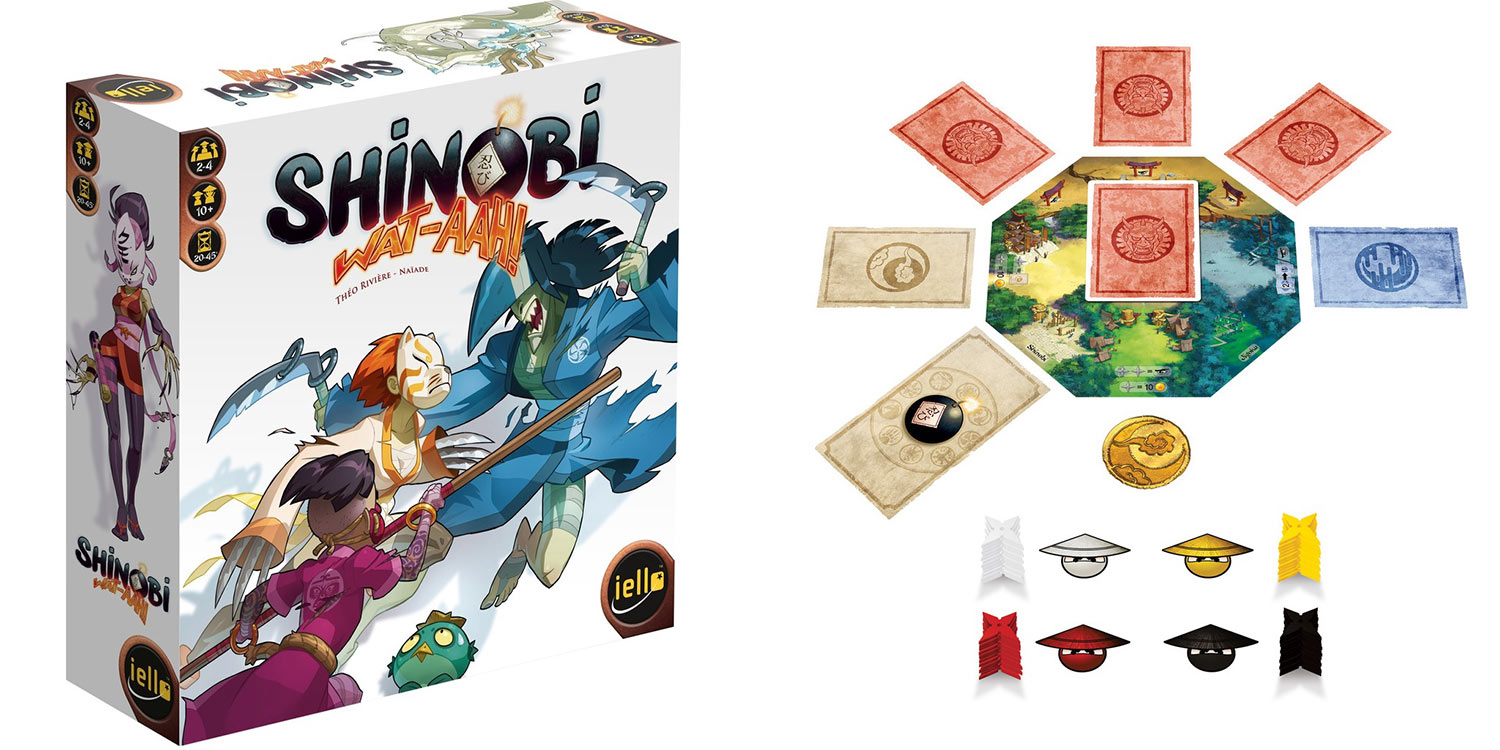 Shinobi WAT-AHH! is our next shinobi game in this load’o’shinobi (shinobisplosion?), and of the two I’d call it the safer bet with the prettier art. Seems my joy circuits have yet to be burned out by twee, French, cartoon styling.

It starts off as a set collection card game, with you all playing bundles of ninjas to create clans on the table in front of you. Once somebody places their fourth clan the game stops, and you all count up the point value of your ninjas. So, if someone’s mustered the biggest single clan this side of Mt. Fuji, you won’t even want to play your fourth clan just yet, instead expanding your existing ones. Maybe you can catch up.

Once you’re done with this, you’ve finished one of WAT-AHH!’s three rounds, and success in these rounds merely grants you shurikens to place on the tiny board you see up there. Shuriken tokens you can either place next to one of the game’s four red “boss” cards to take a peek at that card, or simply pile on to the card itself, with the twist that the bosses can provide positive or negative victory points depending on how hard your ninjas engage them, or if you don’t engage them at all. 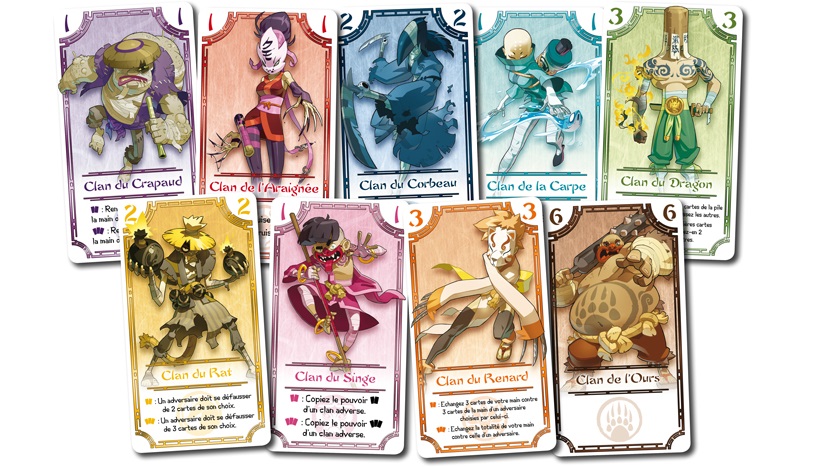 Alternatively, you could re-invest your shurikens into special cards you can use on subsequent rounds, OR send shurikens to a safe zone where you’ll get 10 points per. Finally, the player who receives the least shurikens receives bonus cards from the blue loser deck, or they can have a free peek at one of the red cards. And of course, players will all change their boss-betting pattern depending on how other people bet.

…Wow. Did I seriously just explain the entire game to you guys? I think that must mean I’m excited. Huh. King of Tokyo, which is by the same publishers as Shinobi WAT-AHH! always fell flat for me because of how long you have to spend waiting between turns. A similarly breezy, colourful game that lets me scheme and giggle when I’m not playing? That’d be great. 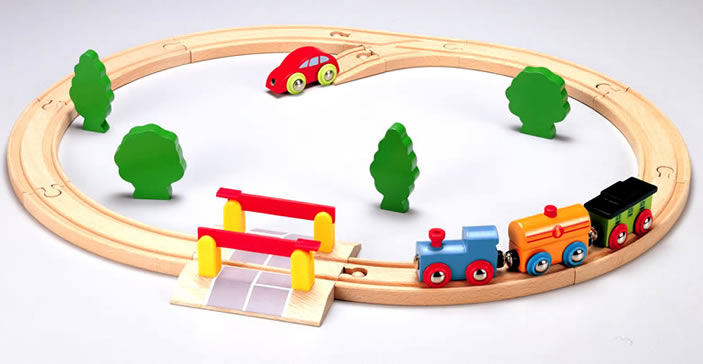 But never mind my love of small packages. Here’s something for the sensible gamers in the audience to get excited about.

Ludonaute, the French publisher behind the much-lauded Lewis & Clark (expect our review this Friday!) has announced Colt Express for later this year. Check this out: It’s a game where players are all bandits robbing a moving train, and you play by “programming” the actions of your bandit, then all players resolve their actions at the same time. You know, like how it works in my FAVOURITE GAME FROM MY CHILDHOOD. And we’re not finished. Ludonaute have announced the train on this board will be 3D. Of course, most trains are 3D, but not miniature ones you are robbing in your mind!

Still not excited? Ludonaute describe your actions in the game as follows: “The bandits can move from one car to another, run on the roof, punch the other bandits, shoot them, rob the passengers, or draw the Marshal out of position.” 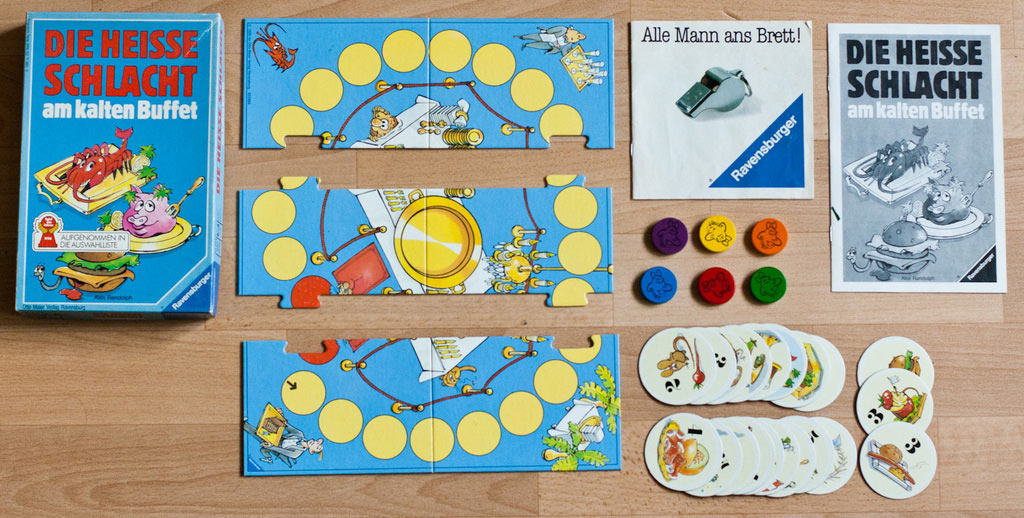 Later this year we can also look forward to a game called Mahé, so named after an island in the Seychelles. A game where you play wooden turtles racing around a beach, trying to lay the most (or best?) eggs.

The other insane rule is that if you land on another player then they have to carry you, and you dictate how many dice they roll. It sounds like total bedlam, and I, for one, can’t wait to test Mahé’s turtles, which are all that have been revealed of the game so far. 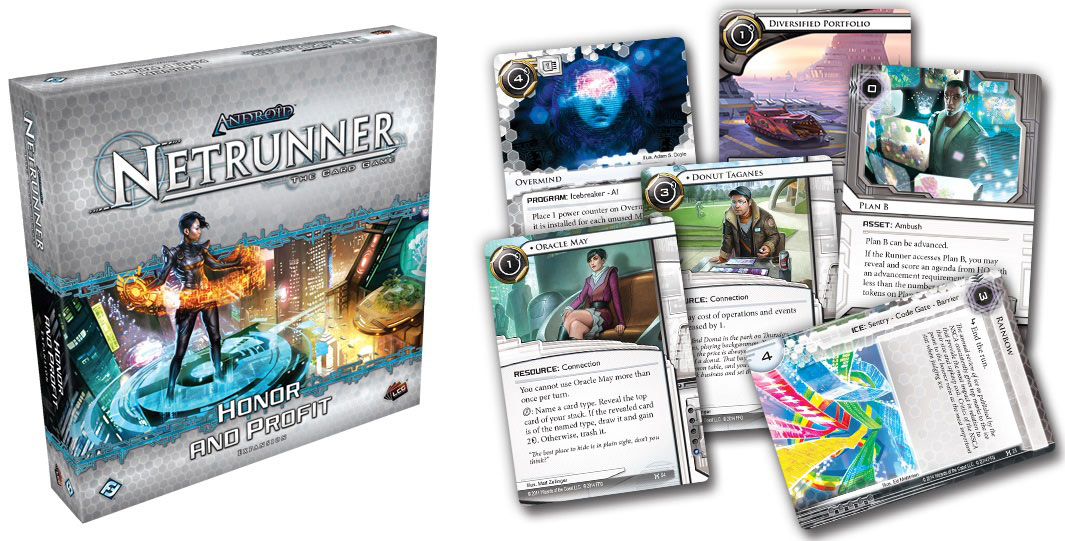 AND FINALLY! Anyone who’s curious about my thoughts on the new Netrunner big box expansion, Honor & Profit, should definitely go and listen to today’s new, humongous episode of the Terminal 7 podcast, on which I return as a totally exhausted guest. Why was I tired? Because we recorded the cast on the same day that I had a nine hour Netrunner tournament.

…I may need help.

Despite that, hosts Nels Anderson and Jesse Turner remain my favourite Netrunner podcasters, and getting down with them on the intricacies of new Jinteki and Criminal cards for almost two hours was a huge pleasure.