That said, the two most exciting features to me are the new Historical Missions and the new Science station. The former offers several missions that are significantly easier and simpler than the first game’s “beginner” cluster***k, perfect if you want to learn the game with the gratification of actually winning.

The latter allows a player to become the Science Officer, coming up with fantastic experimental equipment in a new “science” phase of each turn. This is a minigame where they need to collect actual board game components from everyone else’s station. E.g. “Sensors officer! Give me the squiggly bit from your bag!” “what?” “THE SQUIGGLY BIT!” “what?!” “GIVE ME THE DAMN BAG” 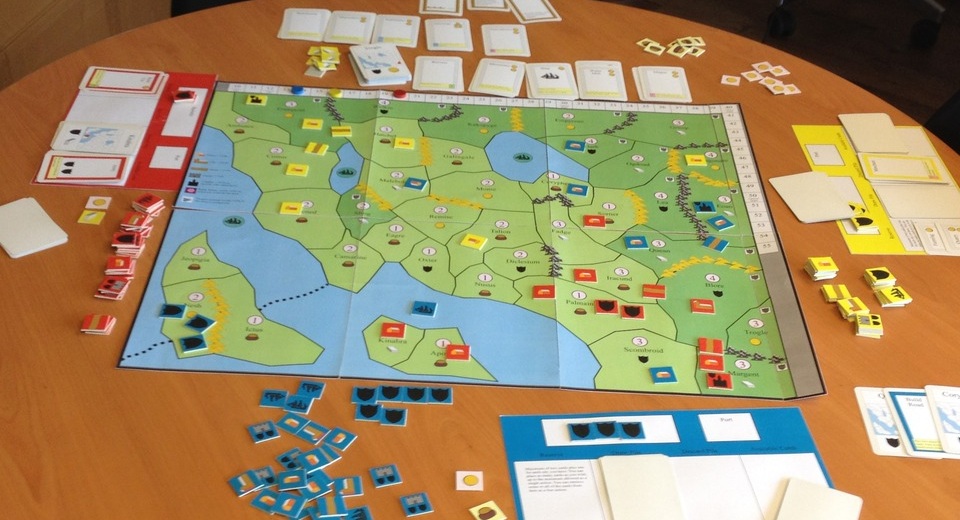 See this? This humble prototype is of (the great) Martin Wallace’s next board game, (the appallingly-named) Mythotopia. Like Wallace’s phenomenal 2 player wargame A Few Acres of Snow, Mythotopia sees players marshalling their forces via a deckbuilding mechanic, with players panickedly trying to tweak a deck of cards that represents both their armies and the land those armies are trying to protect. If you take more land you get more land cards, which makes your army cards rarer. “The major difference,” says Wallace, “Is that Mythotopia can be played by two, three or four players.”

There’s lots more to read on the above link but it can all be summarised as “A Few Acres of Snow’s innovations won’t be lost! In fact it’s coming back in a more playful, accessible form.” Which puts the cheese in my burrito, frankly. 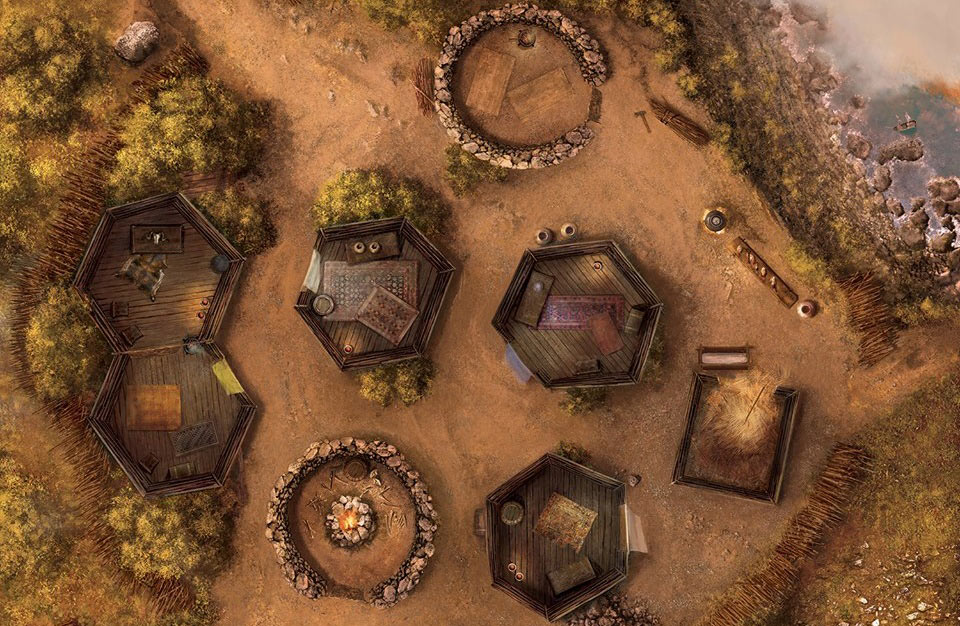 Hey! Here’s some Gen Con news we forget to mention. We got walked through a hilariously early prototype of the upcoming Conan board game which all but had Cheerios for miniatures, but it was nonetheless hugely exciting. Not only was the art that was present utterly gorgeous (above you can see just part one of the game’s two boards), but the game sounded really innovative.

Like SU&SD favourite Descent, Conan will pitch a group of players, each controlling a Hyborian hero or heroine, against a final player controlling the bad dudes. Also like Descent the heroes will have to manage their stamina and take rests, but unlike Descent, where catching your breath was something you’d do if you had nothing better to do, Conan sees heroes always rolling dice equal to the stamina they expend on that action. In other words you’re playing a neverending game of risk/reward. Which, weirdly, reminds me of gnome submarine game Red November, which you should definitely read our review of even if you never play it. It’s a fascinating one.

Meanwhile, the evil player is managing a track of tiles, each of which represents a type of monster. So, let’s say they want to activate their cultists. They pay the cost, put the cultist tile back at the END of the track (making them the most expensive thing to activate), then slide everything else down (making it all cheaper). So you’re balancing limited supplies with the urge to attack with your thingie RIGHT NOW. 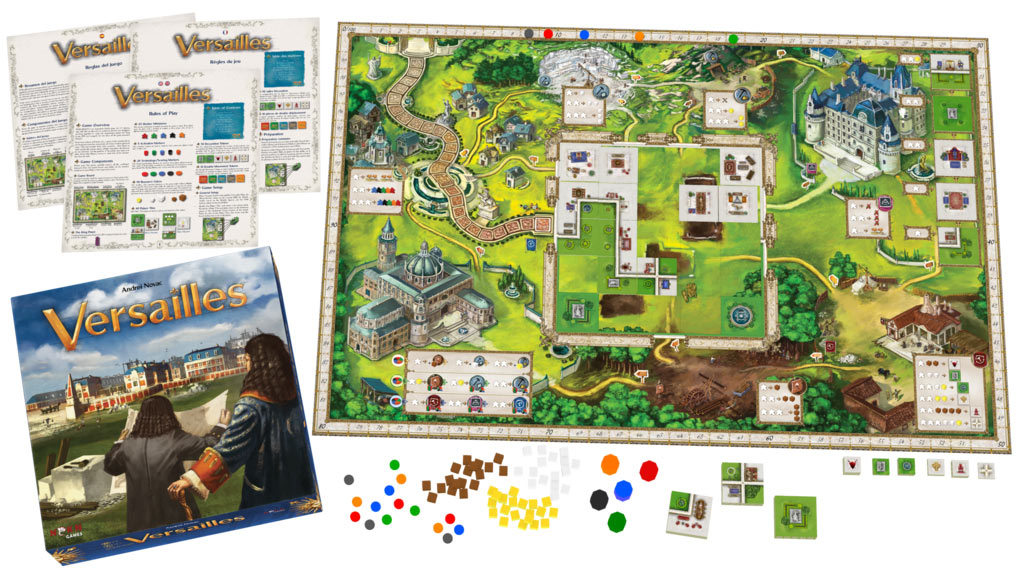 Moving on to a more sedate game that looks no less interesting, Versailles is (yes!) a game about building the palace and gardens of Versailles in France. There’s not much information about it yet, but look how you’re all actually building a mad little palace in the middle of the board!

Looks like it’s from Andrei Novac, designer of something called Praetor and– oh my god! Sod Versailles. Look what he’s got coming out next year! 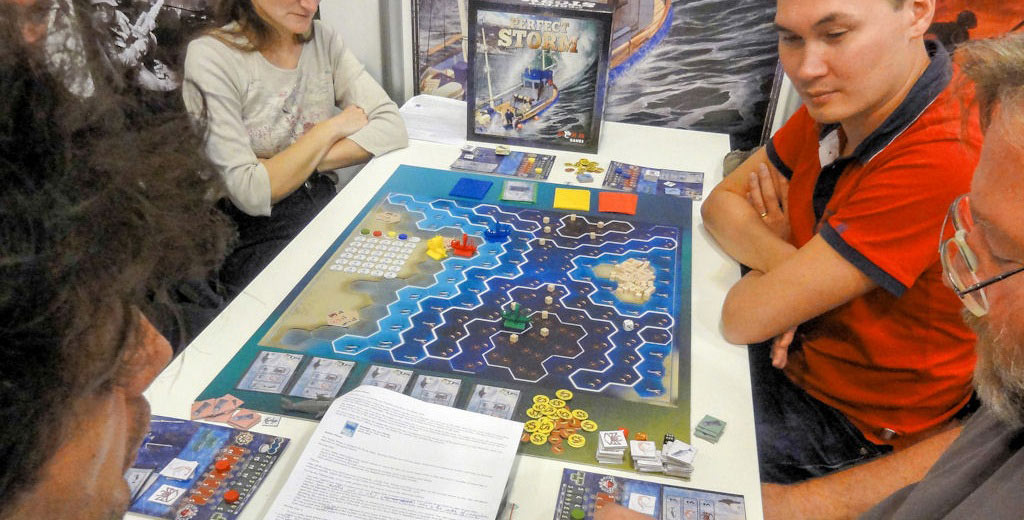 Perfect Storm: Alaska. Players are all crab fishermen risking dangerous waters in pursuit of shrimp and crab. You enter risky waters, make a little money, and slowly upgrade your crew so you can head towards still-riskier waters with a still-greater threat of capsizing.

In other words it’s Deadliest Catch: The Game. My only problem is that it looks a little simple. I suspect my dream game would be something with the fidelity and scale of Merchants & Marauders but where I am a cantankerous fisherman.

And yes, I know I come up with a hypothetical dream game at least once a month. Combining this with all the other ones, we now know that my ultimate dream game would be Asymmetrical Sand Timer Crab Fishing Negotiations. Geoff Engelstein! If you’re reading this, I think you might be the only designer mad enough to pull it off. 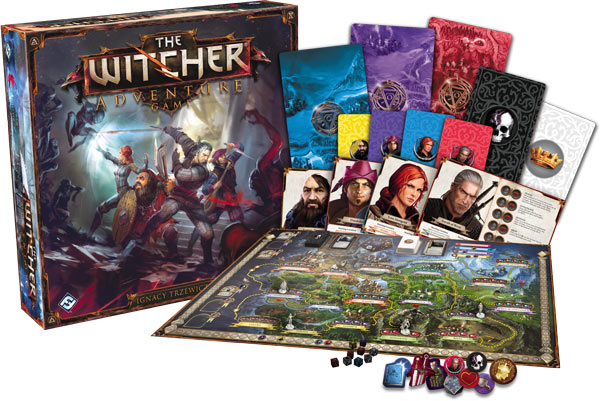 Fantasy Flight has posted one of its big ol’ previews explaining adventuring in the coming Witcher board game tie-in. It reads… ok? There are cards and dice and special skills. You can develop your character and if you move too fast you have to draw from the Foul Fate deck. I’m just still waiting on Fantasy Flight to deliver a reason that this game needed to exist, and I’ve yet to receive it. Looks beautiful though. 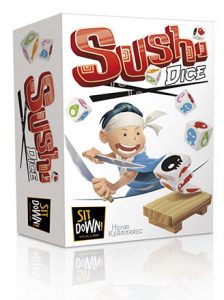 AND FINALLY, Sushi Dice is a sweet little upcoming game that I had to post about.

It couldn’t be simpler. Two players in the group are dueling at a time, rolling the dice over and over to get the ingredients they need. But you’re also watching your opponent’s dice, because if they roll a YUCK symbol then you can shout YUCK and they have to re-roll everything. And the players who are dueling are watching everything, because if both players roll a YUCK at the same time then they can yell YUCK and you both lose the duel. 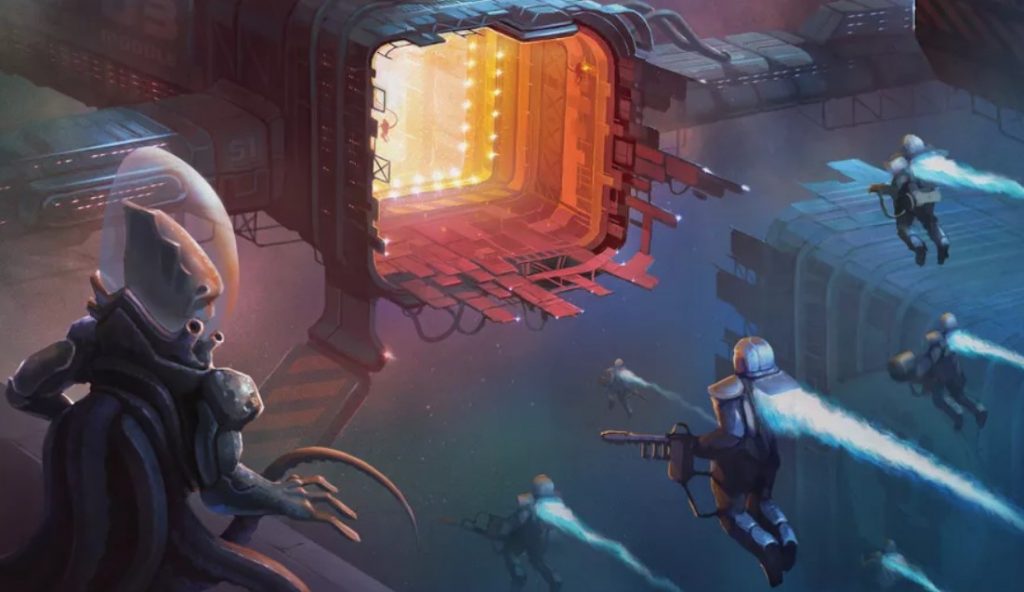