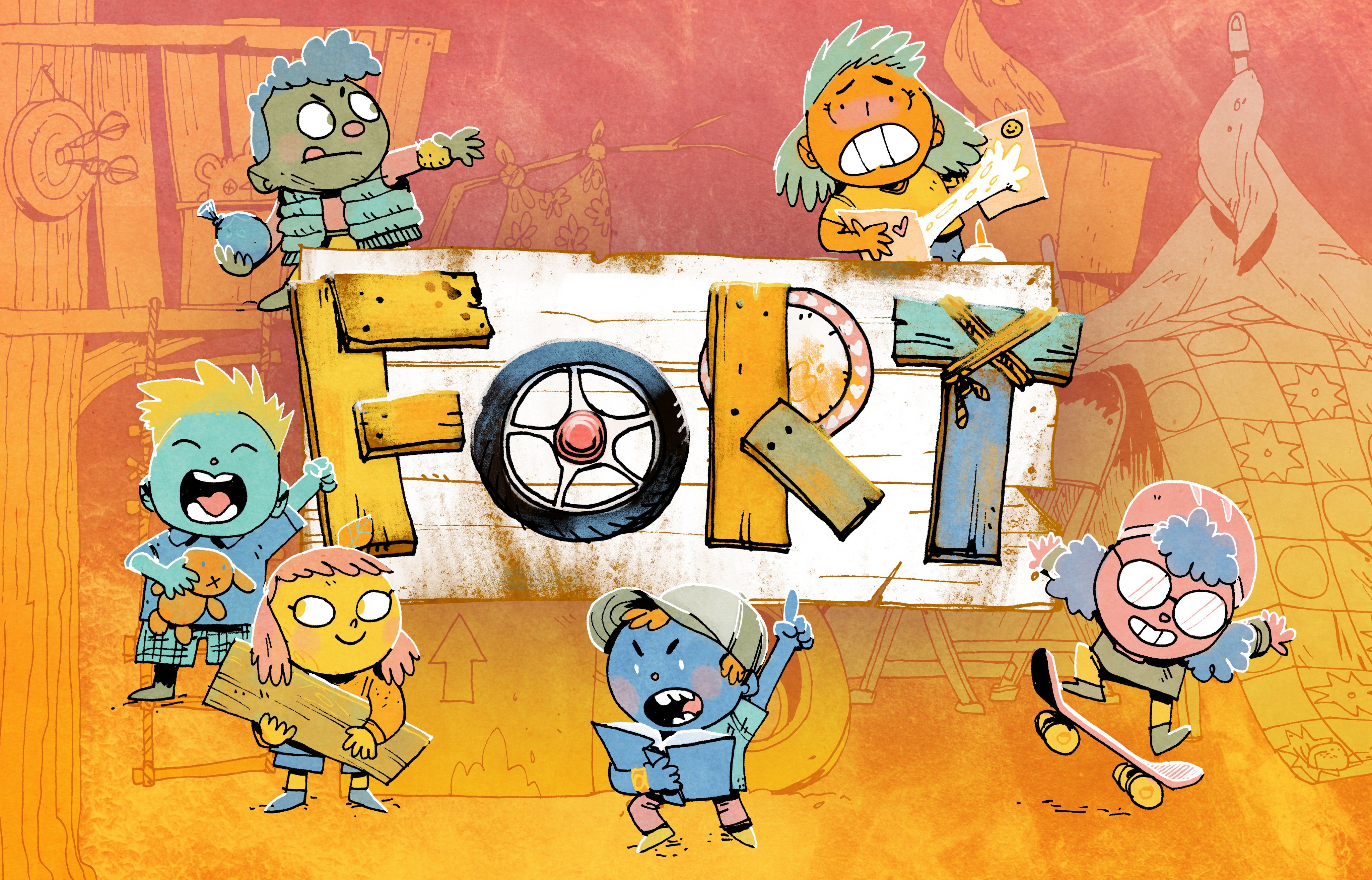 Ava: Oh my word, would you look at that, a whole fresh new year, hot out of the oven, gently cooling on the windowsill. The year is 2020, and I’m still hungry for news. Let’s cut a slice off the still-warm year, and spread some tasty melted news all over it.

Fort, coming soon from Leder Games, is an update to fellow four-lettered card game SPQF, with cuddly classical empires swapped for rival neighbourhood tree-forts. I skipped over this when it first got announced, but artist Kyle Ferrin has been posting some really lovely pieces of art and it gives me an opportunity to right that wrong.

In Fort, you will build a deck of friends, pizza and toys to try and build the fanciest fort on the block. Each turn players get to play a card for its action and buy another one from the market. So far so deck-bulder, but where this game holds promise is in the added interaction and ‘deck decomposition’. Some of the actions you take can be boosted by playing extra matching cards. But it’s not just you who can get those bonuses, as all your rivals can jump in and do the same. After that, any card you don’t use on your turn gets put out to pasture for the rest of the round, and can be purchased by any other player. Thematically, this is your friends not hanging out with you if you don’t bother to play with them. Heart-breaking stuff!

Casting a long shadow over the games news today is this terrible pun about the latest game from Daniele Tascini and David Turczi: dice drafting sun-blocker, Tekhunu. 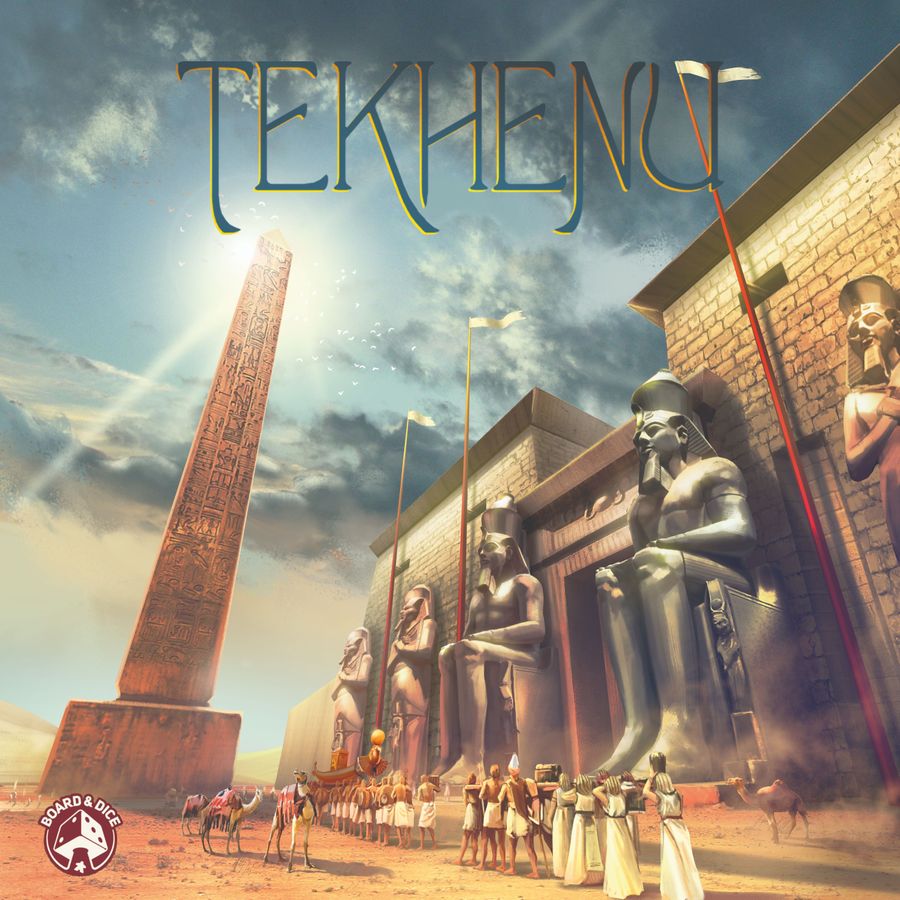 Tekhunu: Obelisk of the Sun is something of a successor to Tascini’s Teothihuacan. Replacing that game’s central temple-building doodad with a large obelisk, casting a literal and ludic shadow over the board. Tekhunu uses dice drafting to let you thread a route through the various actions offered by the Egyptian pantheon. You’ll be spending those dice to hold festivals for Bastet, build farms for Osiris and draw cards for Thoth, all in the hopes of getting the most points at the end. To make sure that’s no easy decision, the ever shifting shadow of the obelisk dictates which dice are pure, tainted or forbidden. Forbidden dice! You have to maintain a careful balance between purity and taintity, lest you end up distressing the gods with your rudely chosen dice.

There’s a thrill and excitement about this sort of table presence, and I’m sure this is going to draw attention. But I can’t overstate how much I hate it when the focal point of a game turns out to be a tiny wrinkle instead of the actual core of the experience. That was my beef with Teotihuacan, which turned out to be hiding nothing in its satisfyingly chunky temple but an extra point or two if you were lucky and/or could be arsed to spend a minute out of the game thinking about how to rotate some tiles optimally.

Matt: Ah, yes. I had a similar problem with the obelisk of emotionz in our recent review of Cerebria – centerpieces are hard to land!

Ava: Hopefully I’m just being a grumplehex and Tekhunu’s rotating sunny side will be a bit more intriguing. We’ll have to wait and see. 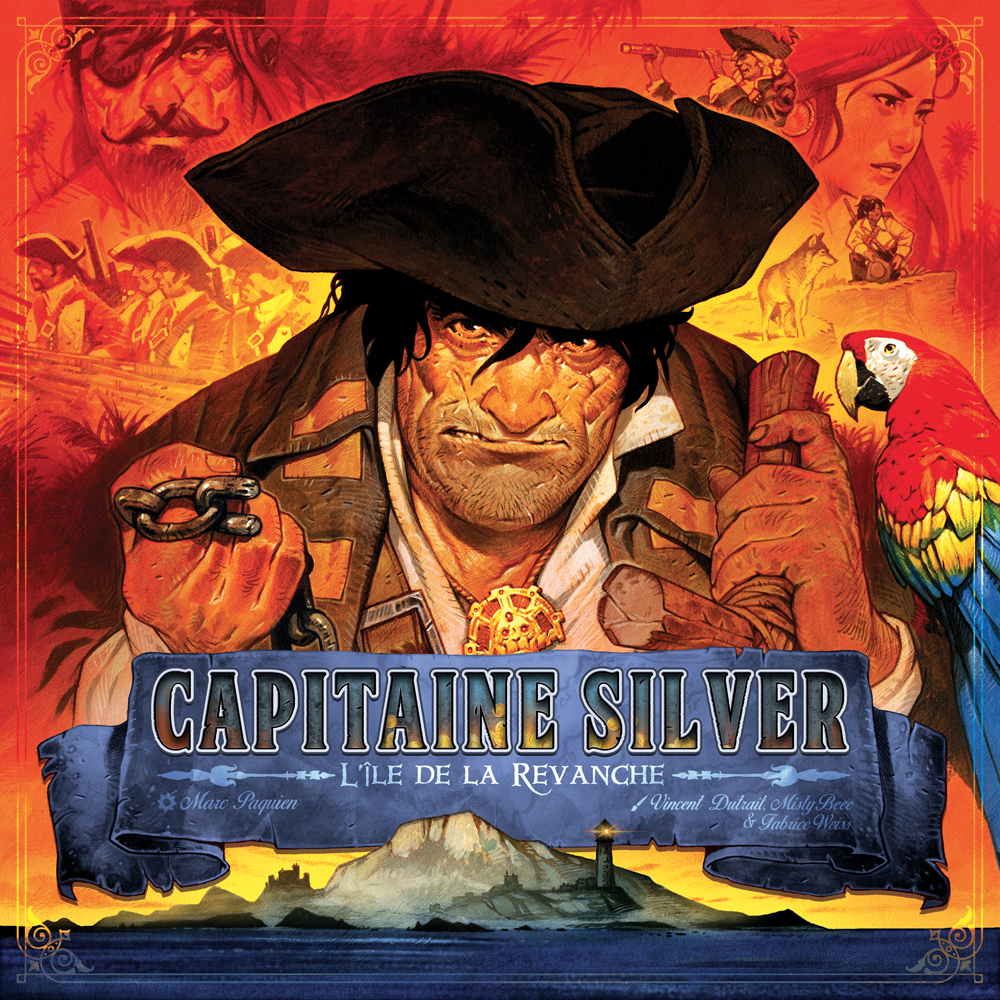 I’ll tell you what doesn’t make me grumple, that’s an expansion for Treasure Island, one of the uniquingest games of the last few years.

Treasure Island: Captain Silver: Revenge Island, when not drowning in a tide of colons (eww), is going to add two maps to the game of compasses, pens and furious logic. There’s also a bundle of new powers on offer for the unscrupulous subtitular treasure tucker.

This looks like exactly the right scale of expansion for this game, adding a few bonuses for anyone who has played out the options in the base game, without necessarily making it too complicated for newbies. Most importantly, there’s a chance that they’ve fixed the most egregious problems of the game, a map that made it hard to read the pen marks that made up the core of the puzzle. One of the two maps is the same as the base game, but with new art. Here’s hoping that on this third try (the original was double sided), they’ve beaten the problem.

It’s hard to resist a bit of news about an expansion to a game with a stellar video from this very website. For that reason only, I’m going to drop in a mention for an expansion I’m slightly less hyped about.

Dune, the updated version of a table hogging adaptation of a genre hogging book, adds two new factions with the Ixians and Tleilaxu expansion. This bumps Dune’s roster of angry, asymmetrical factions up to eight, bringing in xenophobic genetic engineers and cyborg monarchists that hate each other. There goes the space neighbourhood! 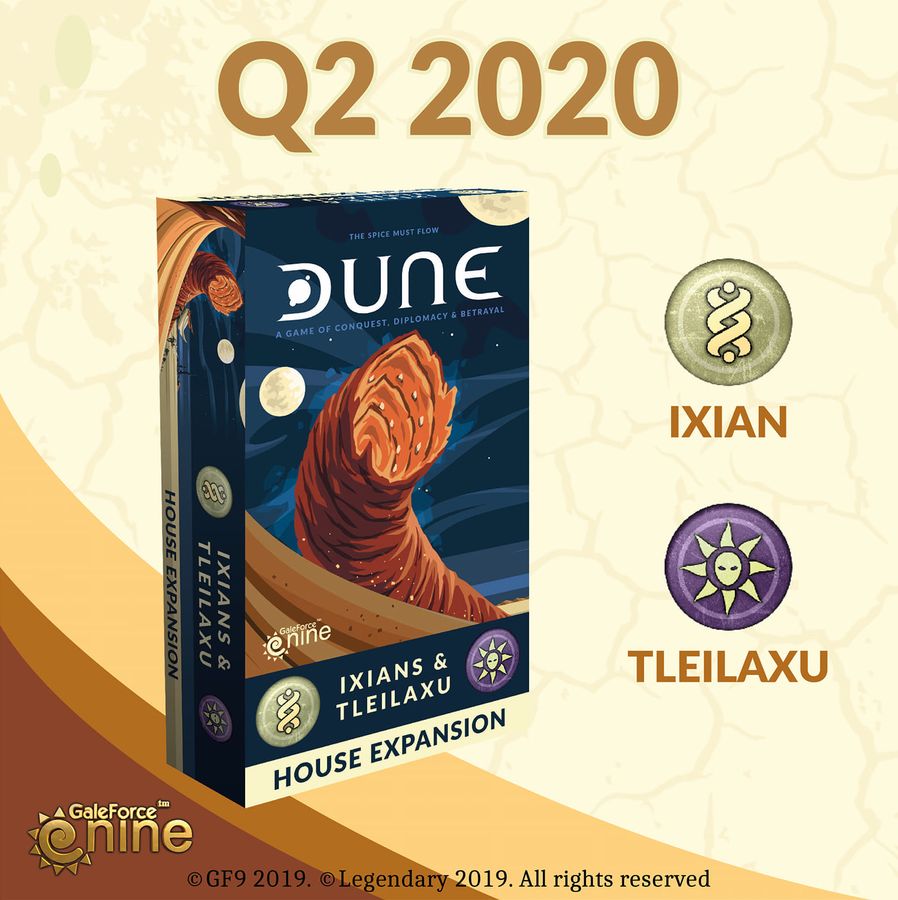 Honestly, I’m already daunted by the prospect of teaching the base game’s weird intersections, so the idea of chucking two extra factions into that melange fills me with a spicy mix of dread and excitement. I may never get to the point where I’m ready to play this, but I’m curious to see what old hands make of it.

Over on Kickstarter, we’ve got an alternate history space race to contend with, new from Pandasaurus games. 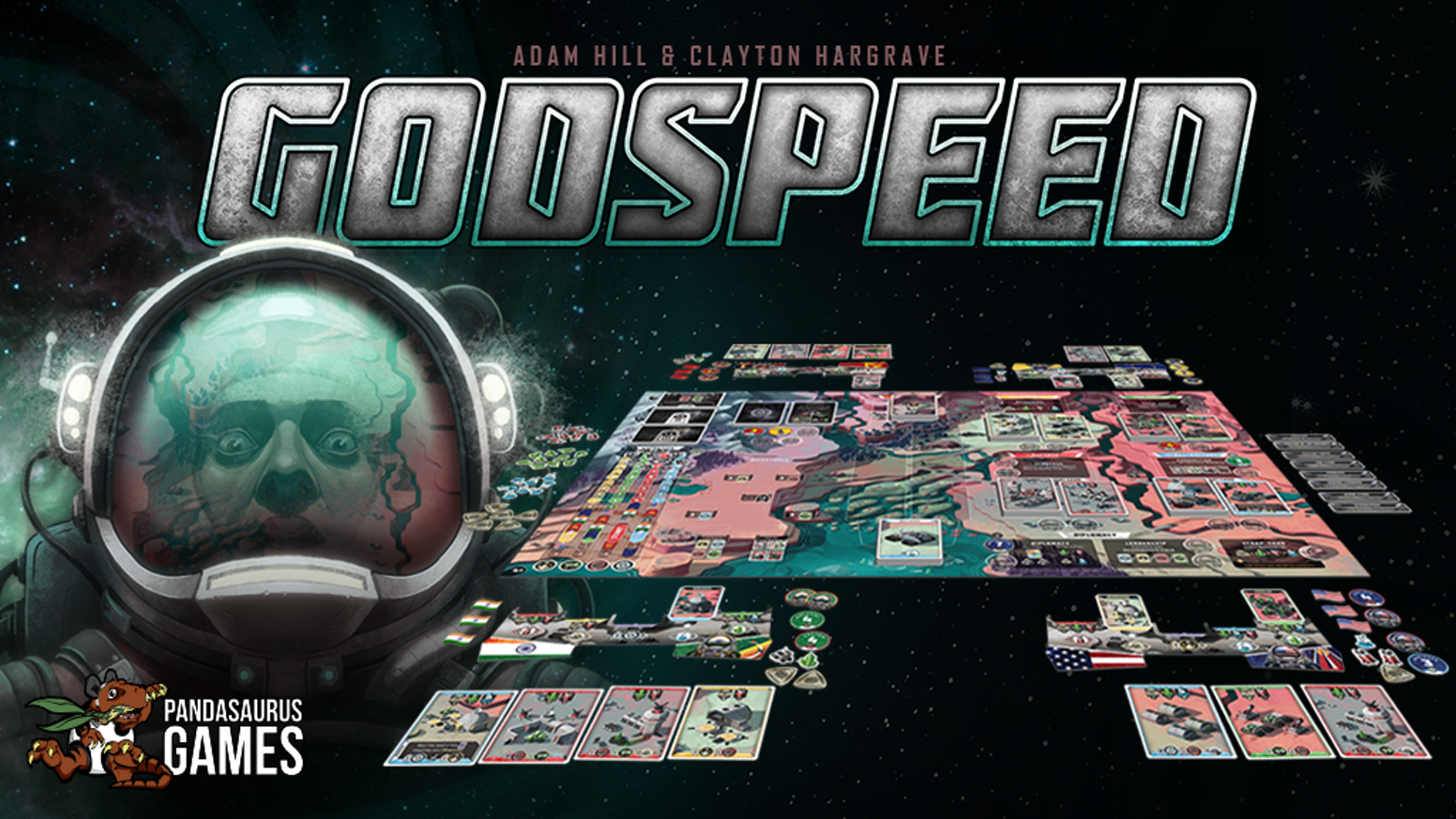 Godspeed promises space-faring worker placement with lovely art and a few unusual details. The game takes place in a version of the sixties and seventies where the race to the moon was a cover up for various space agencies sending astronauts through a wormhole to a habitable planet. Each player is working with a crew of workers with different abilities and influence values. As well as sending these workers to the various action spaces to build the obligatory economic engine, each round you have to put some of them into auctions and random events, casting aside some previous flexibility.

If I’m honest, I’m only picking it out because I’m unusually hype for the little baggies with real and fictional space agency logos on. Boy, oh boy, do I love a space agency badge.

Still digging around Pandasaurus pastures, the co-owner has published a follow up to his interesting piece on the superstar effect, this time looking at the huge growth of the board game industry over the last few years.

Nathan McNair’s latest blog post argues that there’s no such thing as a board game bubble, in that so far nobody is making ridiculous investments or going into huge debts to fund imagined future value. He argues that the growth of the hobby, which is slowing ever so slightly, is built on actual demand. He also notes that discerning customers are making it hard for people to simply shovel more coal in the boiler without getting burnt. He does acknowledge that the industry might be due a ‘realignment’ which could prove troublesome for some, but he’s not hearing the drums of doom quite yet. It’s an interesting read if you like thinking about wider trends and the busyness of businesses. 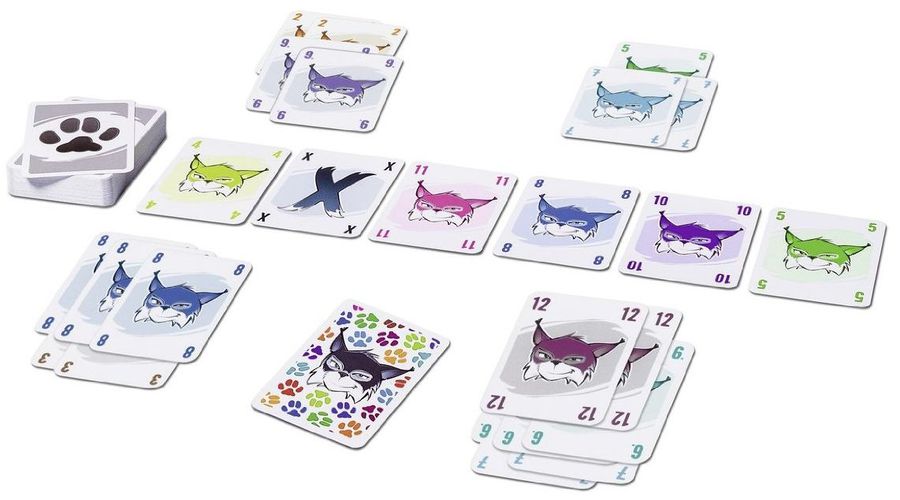 Finally, I want to wrap up by linking to BoardGameGeek powerhouse W Eric Martin’s review of the decade. I think he’s got interesting perspectives, being so deep in one of  gaming’s largest institutions. Several of his picks are the sort of smaller fare that often gets lost in the excitement for all the big box excesses. He has also got me particularly hyped for co-op trick-taker The Crew, nothing like a last minute entrant into an all decade greatest hits to tickle my fanciest fancy.

I don’t really have a witty thing to add, I’m just glad he’s in the industry, and really appreciate the time he takes to highlight things that could easily drop off the radar. This round up of interesting Japanese trick taking games is a case in point. Thanks Eric! Glad to have you around!