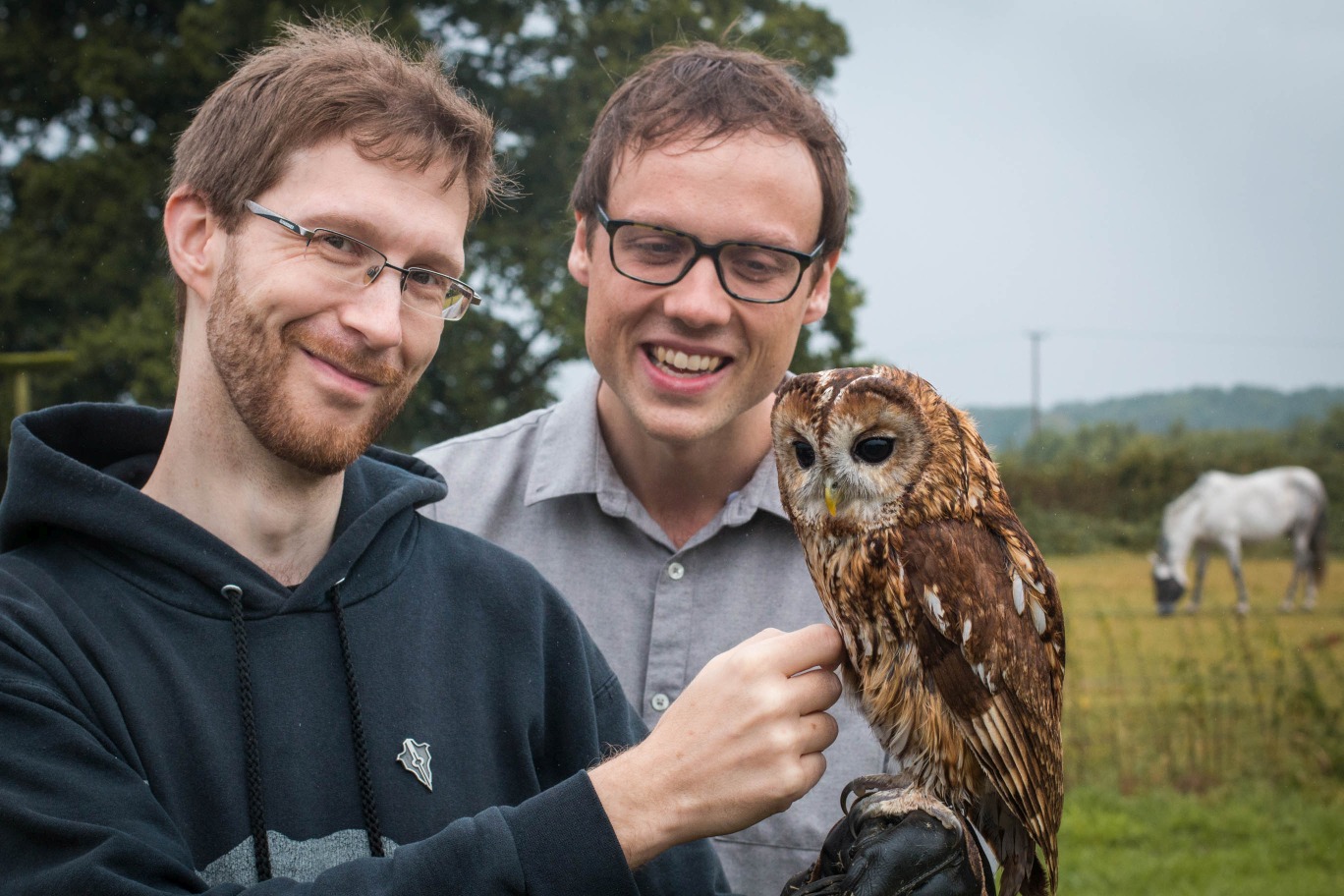 Quinns: Right! Some of you might have heard that I got married this weekend. It was a blissful day and went entirely as planned, except for my Mum providing inexplicable amounts of cream at the picnic which I suspect will be a running joke among my friends for the next four or five decades.

But something I had no idea was happening was a surprise stag party organised by my best man, Paul Dean. Because I love birds, he took us to do falconry, and Matt Lees brought his fancy lenses along.

So while I was totally unable to upload last Friday’s podcast, please enjoy this replacement gallery of myself, Matt and Paul meeting a load of beautiful birds.

Lots of love, everybody. SU&SD will be getting back up to speed this Wednesday. 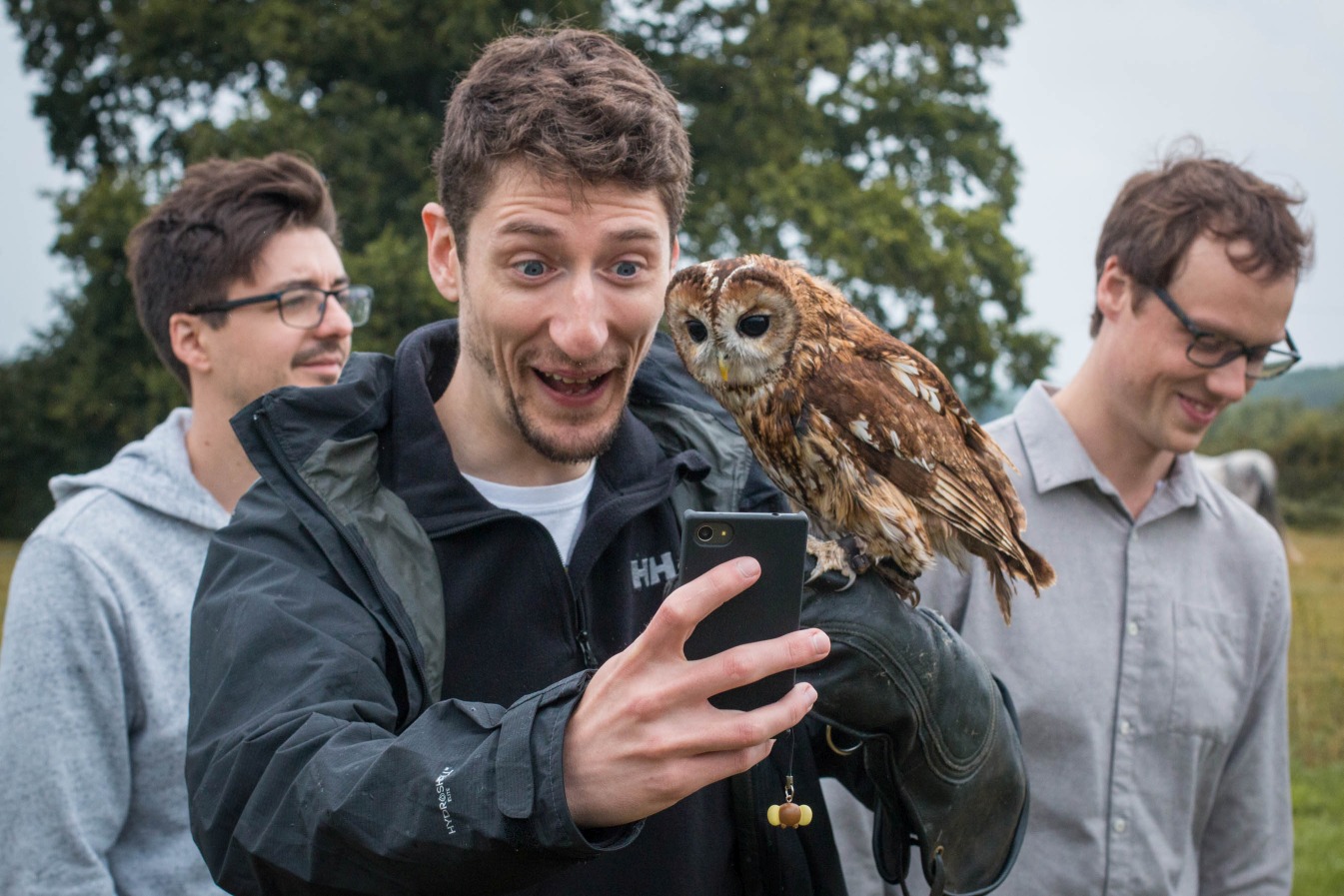 Here is Matt showing off some of his best tweets. 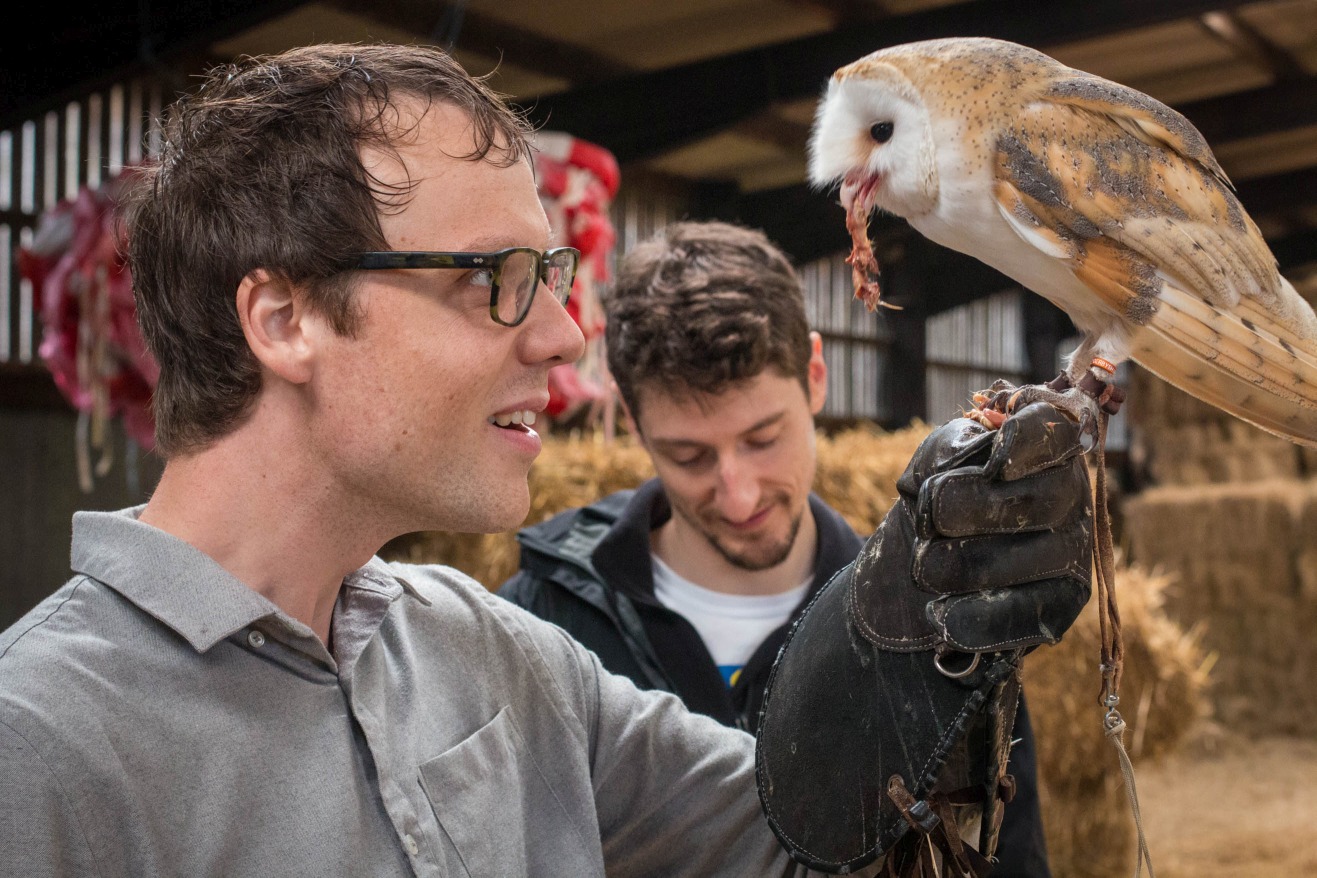 And they say the food in England is bad! 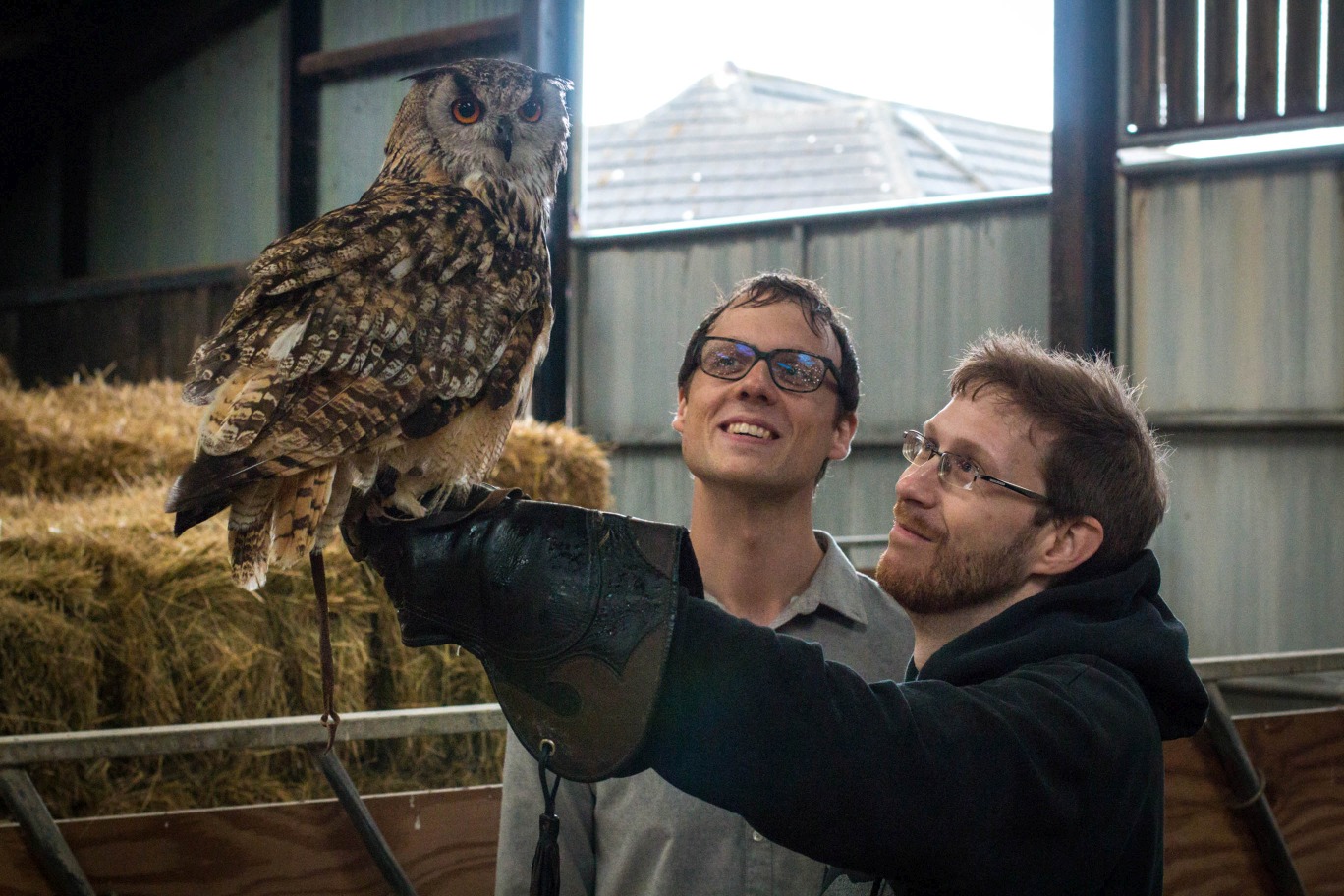 Here is Paul with a big owl. Sometimes it would shout in your ear and that was very scary! 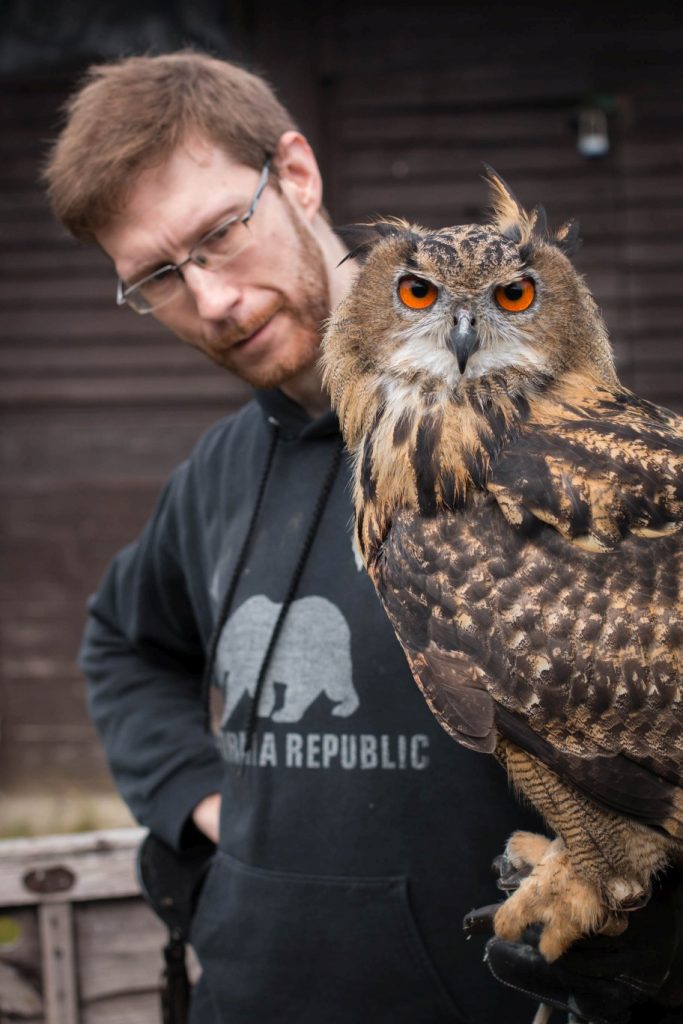 Paul with a Great Horned Owl. The only species of bird that is documented as having killed a human. They used to be at the top of the food chain in England but were hunted to extinction. 🙁 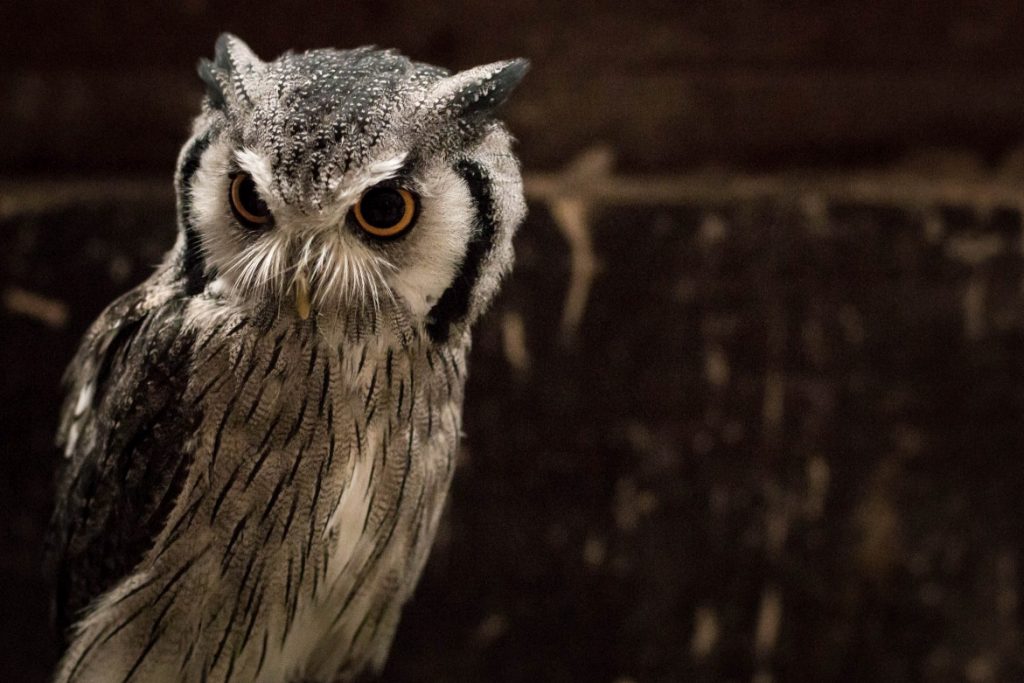 This fella was only nine inches tall! Watch him nibble Quinns in a video! 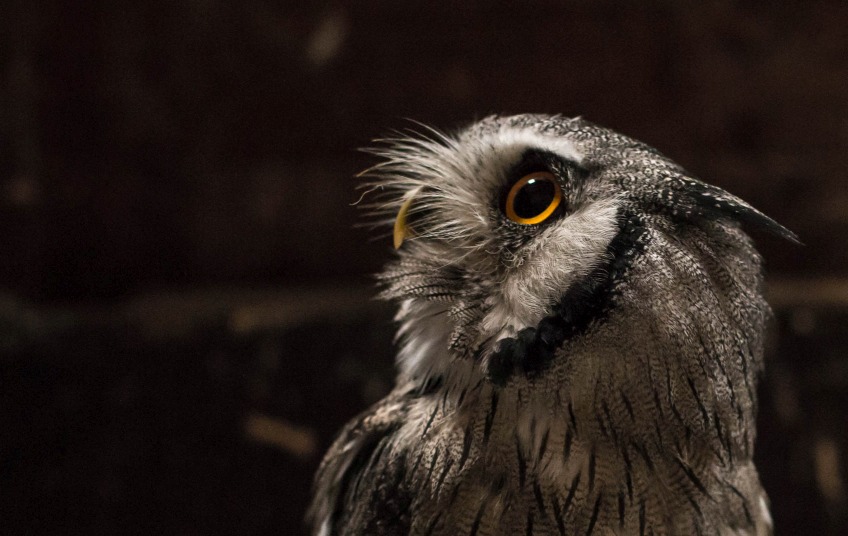 Why yes! That is now my PC’s desktop wallpaper. 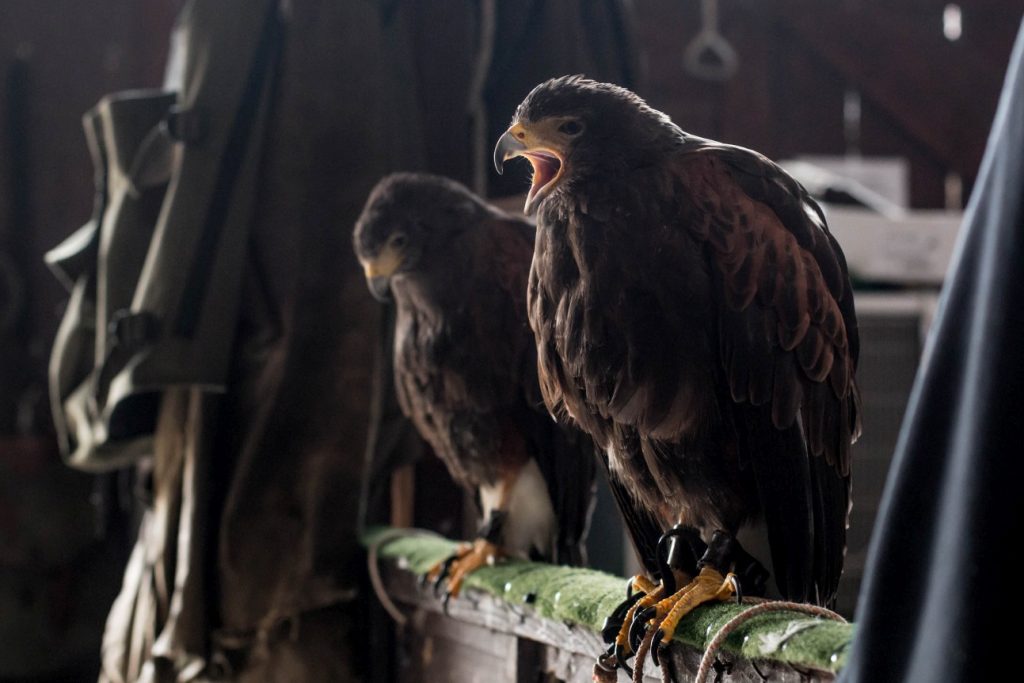 Desert hawks! If they get wet they can’t fly and have to hop around on the ground like drunk dinosaurs. 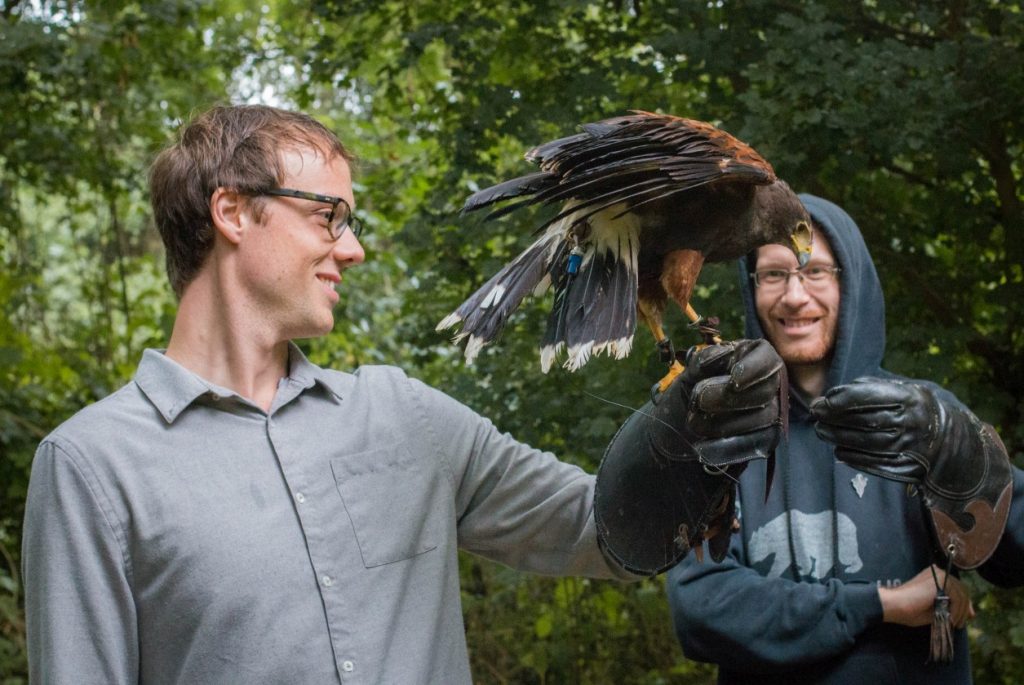 Turns out that taking hawks out to a forest is the cloest you can get to being in Pokémon. 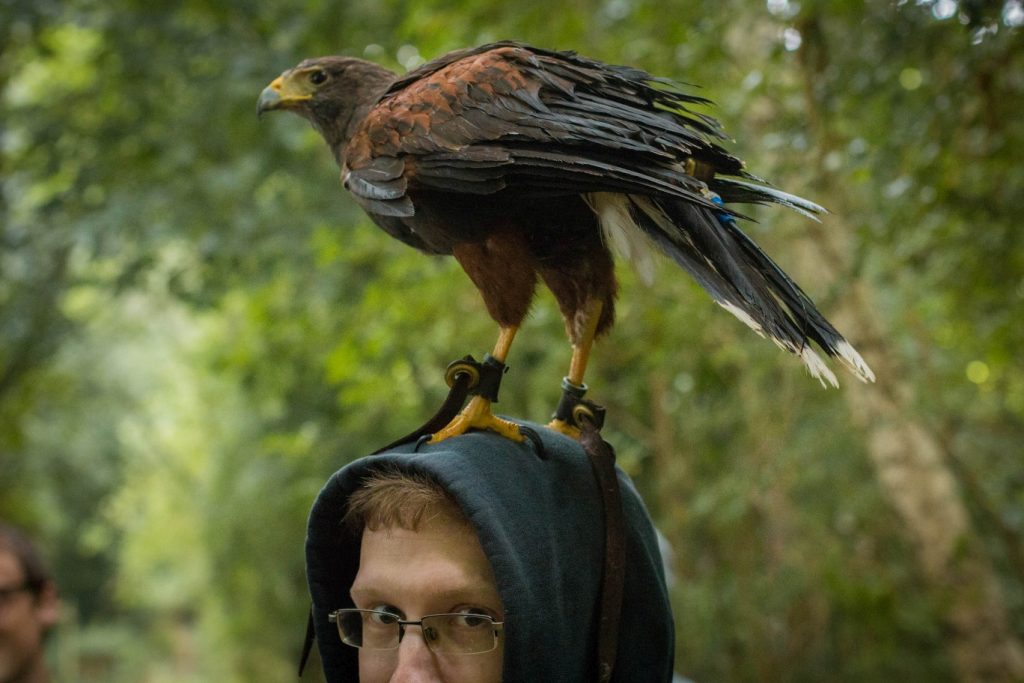 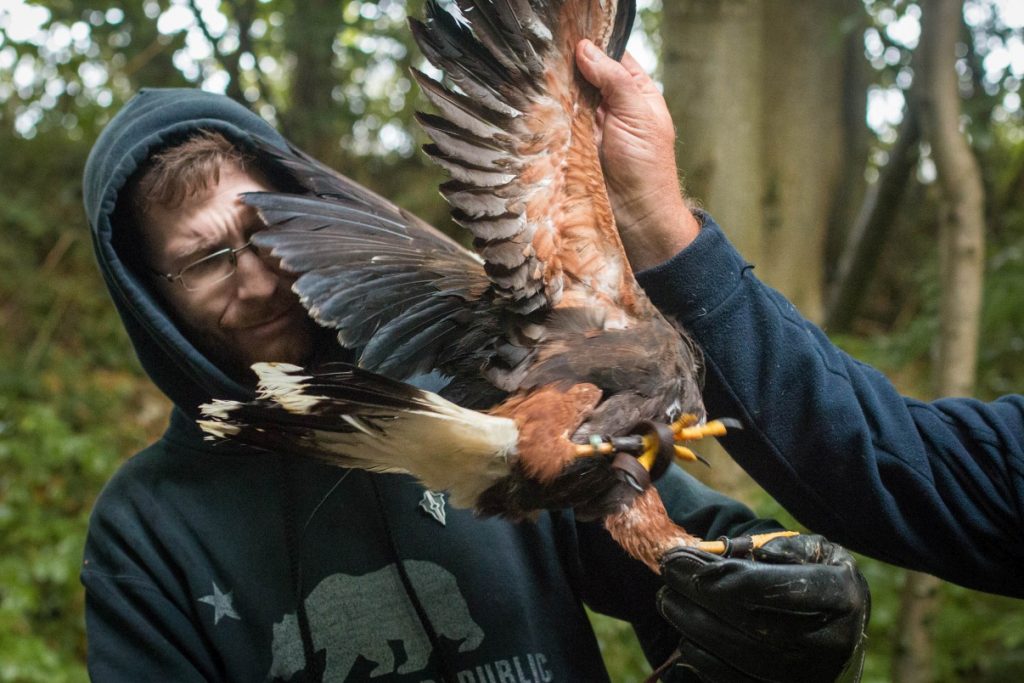 And finally, we have a rare candid shot of Paul Dean: Beastmaster.

I’d also be remiss if I didn’t share this commission that Paul had framed for our wedding. Contacting Matt Zeilinger, a freelance artist who works for Fantasy Flight, he had Leigh and I drawn in the style of Netrunner’s Astroscript Pilot Program card. 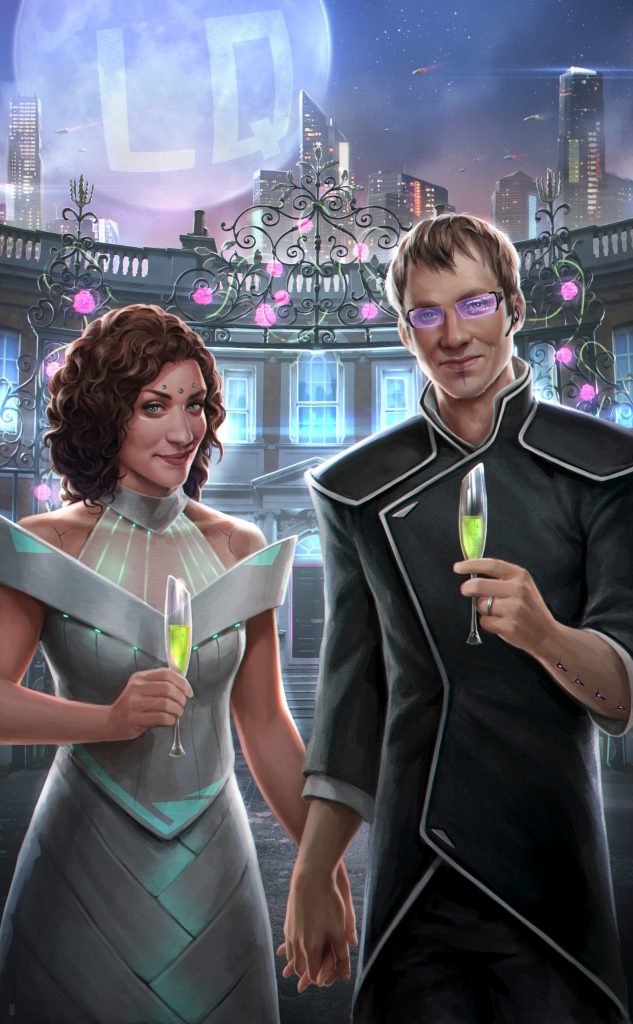 Thanks for your patience, everybody. I hope you had a great weekend. 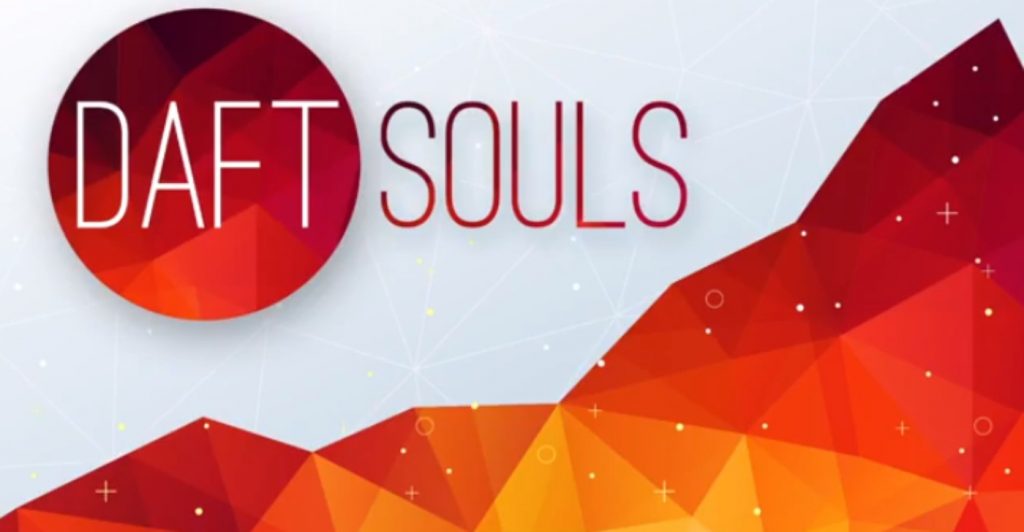 Daft Souls is a new gaming podcast! With us!