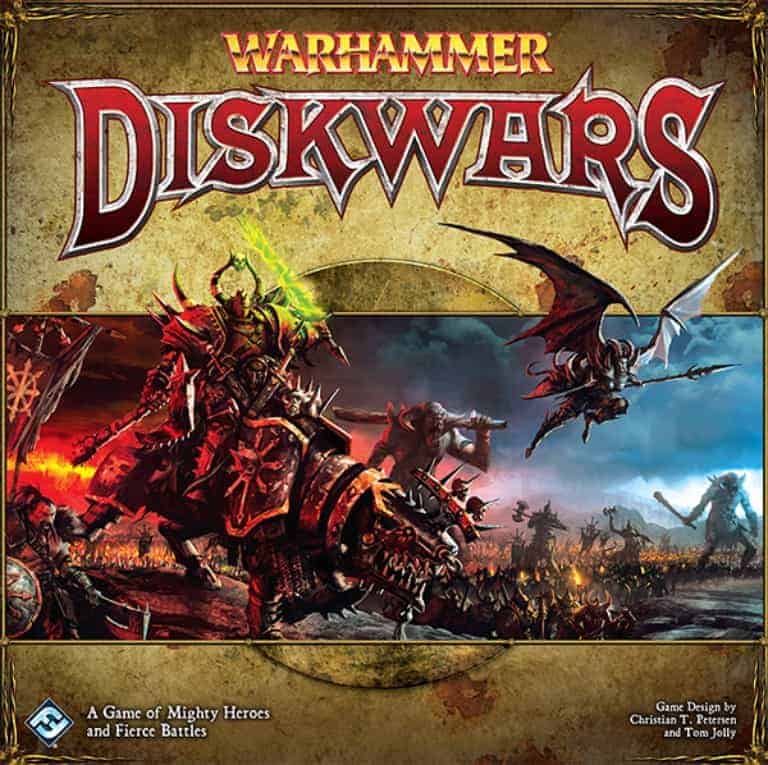 Set amid the constant warfare of the Old World, Warhammer: Diskwars is a game of ferocious, fast-paced tabletop battles for two to four players. At the heart of the game’s conflicts are its disks, which represent heroes and units from across the Old World. During the game, you activate these disks, flipping them end over end to move them across the battlefield and position them to attack.

With a host of terrain cards, objectives, command cards, and more than sixty disks for the game’s four races, the Core Set includes everything you need to build your first armies and dive into the fray!