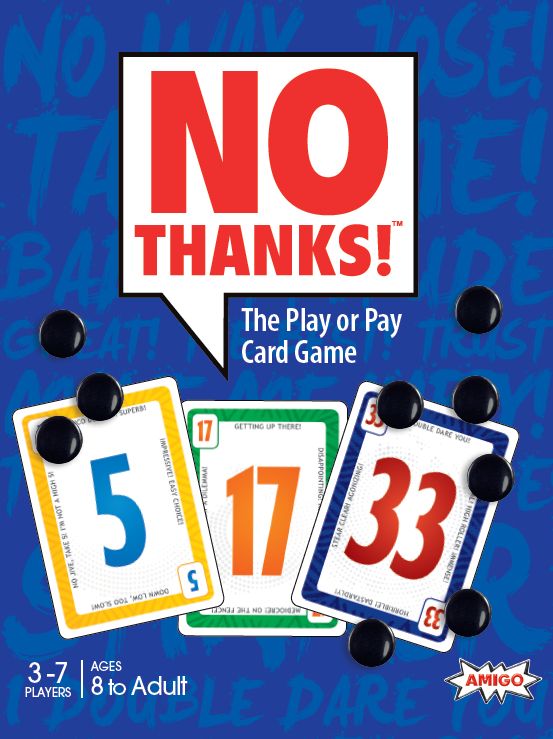 No Thanks! is a card game designed to be as simple as it is engaging.

The rules are simple. Each turn, players have two options:

However, the choices aren’t so easy as players compete to have the lowest score at the end of the game. The deck of cards is numbered from 3 to 35, with each card counting for a number of points equal to its face value. Runs of two or more cards only count as the lowest value in the run – but nine cards are removed from the deck before starting, so be careful looking for connectors. Each chip is worth -1 point, but they can be even more valuable by allowing you to avoid drawing that unwanted card.

The first versions of the game supported up to five players, but a 2011 edition supports up to seven.

This game was originally published in Germany by Amigo as Geschenkt …ist noch zu teuer!, meaning Even given as a gift, it is still too expensive!. Amigo’s international edition, titled No Merci! (a delightful multi-lingual pun), had rules in several languages, including English. The game has subsequently been released in other countries under an assortment of names.