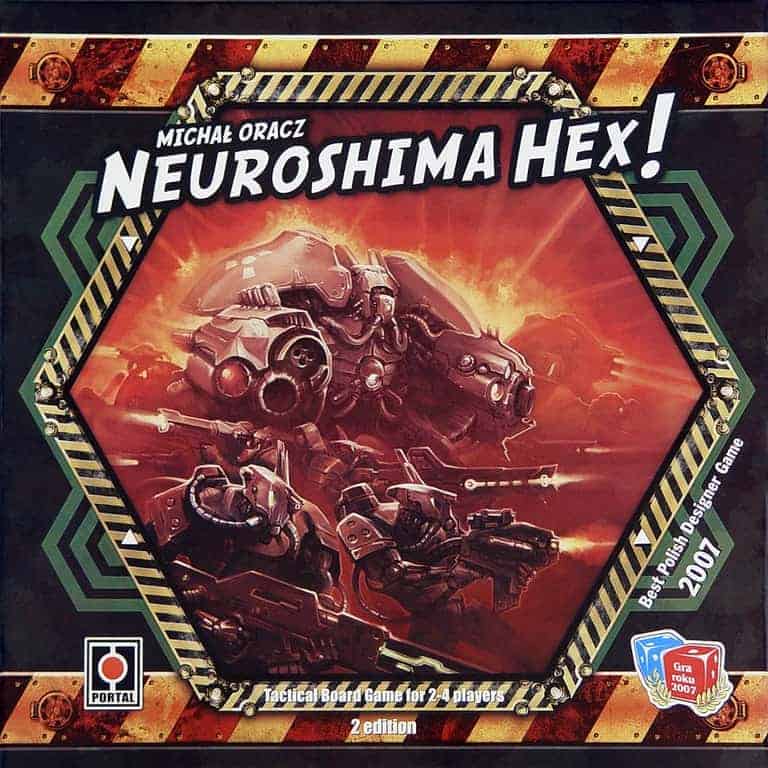 Neuroshima HEX is a dynamic wargame set in the post-apocaliptic world of Neuroshima RPG. Each player commands his army and tries to place his units (tiles) on the board in the most efficient way; the object is the destruction of your enemy’s HQ buildings. In the box you will find four different armies: The Hegemony, The Outpost, The Mutants and The Moloch.

Neuroshima HEX is expanded by two expansions: Babel 13 and Duel. Both of them introduce new armies and new boards that differ the gameplay.

Neuroshima HEX has two foreign editions, US edition by Z-Man Games and French edition by IELLO.