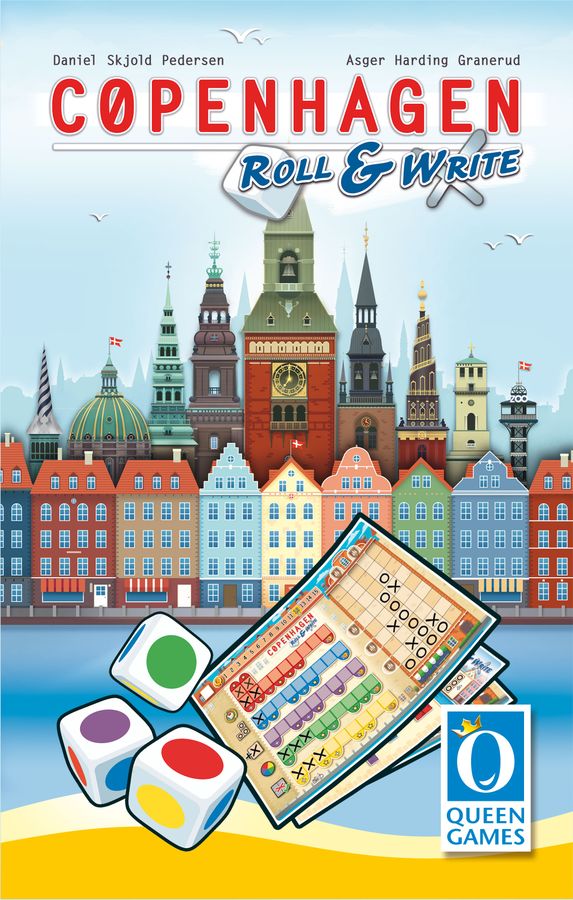 The Danish city of Copenhagen is traversed by canals and harbors, and part of it — “Nyhavn” (New Harbor) — is famous for the colorful gabled houses along the water.

In the game Copenhagen, players must design new façades for these houses so that they fit seamlessly into this beautiful harbor setting. By using the cards on displays, players receive the corresponding façade polyomino tiles, with which they beautify their houses. Overbuilding certain spaces and floors gives them additional skills for the rest of the game. Floors that consist of a pure window front are particularly rewarding and bring the players many points.

Copenhagen: Roll & Write features gameplay similar to the Copenhagen board game, but with players now finishing the facade of their building thanks to the colors shown on rolled dice, not drafted and played cards.